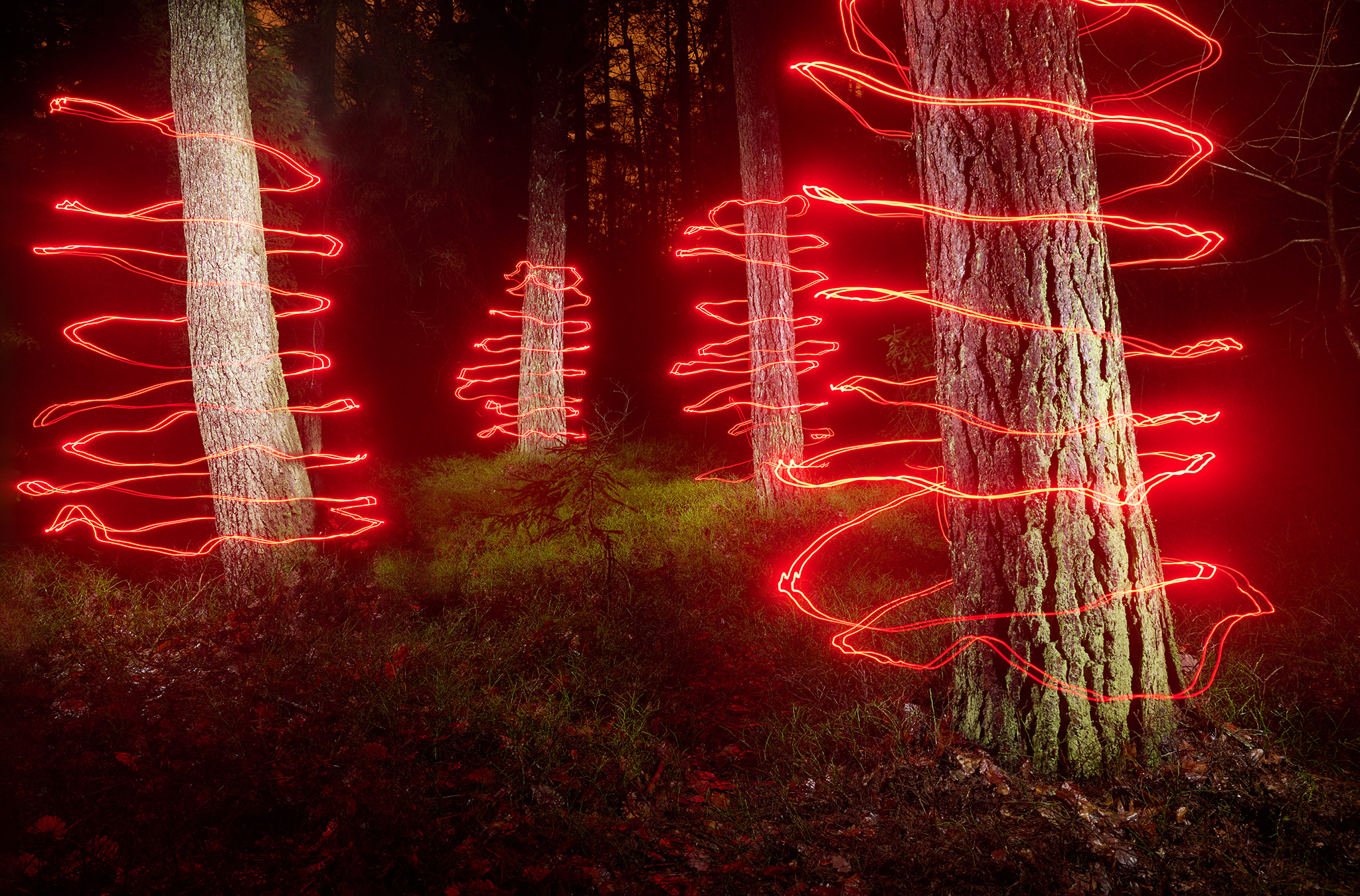 Last week, I told you my resolution for 2023: to try new things. So, last night I went into the pitch-black woods with my camera, tripod, flash, and headlamp. The forest at night is a magical place and my photo hopefully proves it. That said, I’m glad that no one saw me when I was taking the picture. A guy running around a bunch of trees with a red light is probably terrifying.

Hopefully you’ll be entertained by the resulting photo as well as last week’s news in the photography world.

According to Photo Rumors, it looks like the current radio trigger controller from Godox could be getting a second generation. What would make it better than the first one? First of all, it should improve compatibility with more of today’s mirrorless cameras. Additionally, it should include more user settings options, firmware updates via USB-C, and a new menu interface, among other features.

Specifically, the Nokton 50mm f/1.0 Aspherical MC and the Super Wide-Heliar 15mm f/4.5 Aspherical III. Both lenses already exist, but the former is only available for the Leica M-Mount, while the latter is only available for the Sony E-mount. I find the Nokton particularly interesting. For a reasonable price (the M-mount version costs $1,799) you get a super fast 50mm lens for shallow depth of field. An original Nikon lens with similar specs costs $7,997. Note that I’m not comparing the optical qualities of the two here. In the case of the 15mm f/4.5, I would have liked a shorter focusing distance and filter thread. Unfortunately, both wishes will probably go unfulfilled.

Seven on the Horizon

I’m not referring to either The Magnificent Seven or Se7en – although they’re great movies – but seven new lenses on the roadmap from TTArtisan. In addition to wide-angle and normal lenses, we can expect a 100mm f/2.8 macro and a telephoto zoom. But all we have so far are drawings and no specifications, so take it as subject to change. Either way, I’ll keep you informed.

I have my good old Manfrotto 055 aluminium tripod at my cabin in the mountains. I still use it for backyard photography. The last time I had it on an expedition was 8 years ago in Colombia. It is simply too heavy for travel. Its current carbon version, the Manfrotto MT055CXPRO3, is a different story. It weighs 2kg, its load capacity is 9kg and its maximum working height is 169.9cm. In addition, the central column can be mounted off the axis of the tripod so that you can get the camera into a position that a conventional tripod doesn’t allow. Now $156 off, for $344.

Another memory card deal?! Well, you know I love them. If you’re buying your memory cards at full price at this point, you must not be checking my Photography News articles very often! Today, the type-B Sandisk Extreme Pro CFExpress card is on sale for $117 from its usual price of $250 – more than half off. This is for the 128 GB card. The 256 GB card is also on sale, this time for $260 (was $400).

Instead of showing you some winning photo contest photos this week, I’ll present the work of one respected photographer instead. Do you know the name Tim Laman? If not, you may have seen some of his photos or videos in BBC or Netflix documentaries. Probably his most famous project is documenting all species of birds-of-paradise, which he worked on with biologist Ed Scholes. During their work in the tropics of Indonesia, they even discovered a new species of these amazing birds.

Do you find post-processing enjoyable, or is it something that bothers you a bit and takes you away from the real creative work? If the latter, you basically have three options. Either bite the bullet and learn to edit faster, let someone else edit your files, or teach a robot your own style and leave the rest of the work to it. You can try out the third option with some software from Neurapix.

Now that you know what’s going on in the photography world, you can go outside and shoot something cool. It’s raining outside my windows right now, but that doesn’t deter me. After I finish this sentence, I’m going to go photograph the Eurasian Bullfinch. I wish you good ideas and good light in your photography this week.