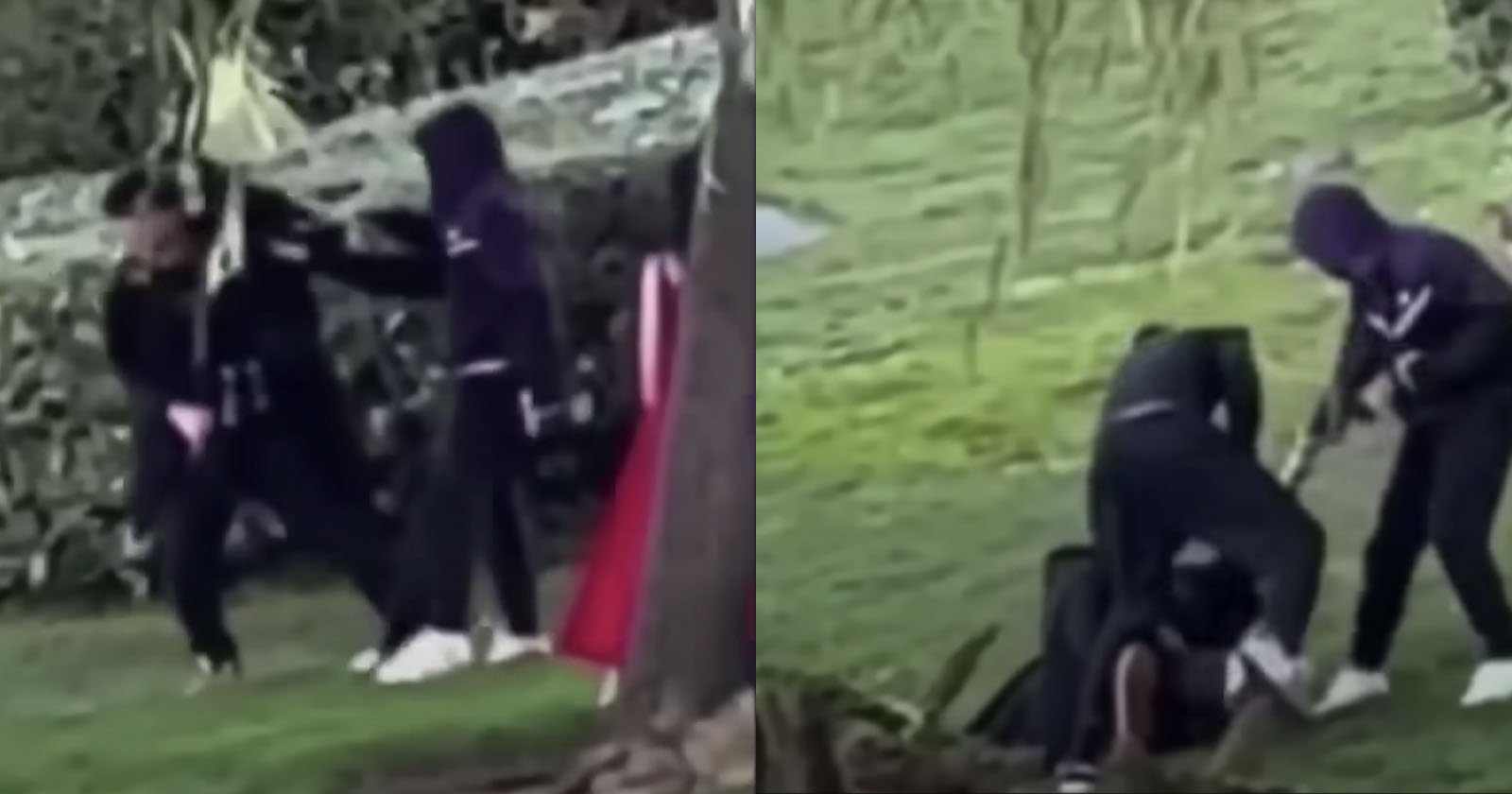 A wedding photographer was violently attacked at gunpoint by two assailants trying to steal his equipment near the Palace of Fine Arts in San Francisco. The theft attempt took place in broad daylight around numerous witnesses.

In a video originally shared by SF Streets, an Instagram account that focuses on Asian hate crime, two assailants can be seen violently attacking a photographer during a session with a couple near the Palace of Fine Arts in San Francisco. The two spend a significant amount of time trying to wrench his equipment away from him, hitting him and pistol-whipping him multiple times, before they run off.

The incident took place last Wednesday, and even after the assailants’ initial failure, the two do eventually make off with a separate photographer’s bag and escape into a waiting car which KPIX CBS in San Francisco reports was likely stolen.

Thefts in San Francisco’s high-traffic tourist spots have grown in number over the last few years, and armed thefts in broad daylight are growing just as common as thieves are becoming more brazen. The problem is so widespread that some photographers, like Monica Lamb who was interviewed by CBS, say that they may stop doing shoots in the city altogether.

“It does change things for me for sure. I think possibly next year I won’t really have that many shoots in SF anymore,” she says.

But another local photographer, Annie Zou, tells CBS that ceasing her shoots in the city isn’t an option.

“A lot of my couples are coming from out of state and they want the most signature locations so, it’s really hard for me personally,” she explains.

Meike Introduces a 25mm f/0.95 Lens for APS-C Cameras
🖌️ Photoshop Brush From a Photo!
Haukland Photography Jacket Review: Snug as a Bug with Pockets Galore
How To Easily Batch Edit in Lightroom Classic | In A Lightroom Minute
The Nanlite T8-7X tube light is the perfect replacement for annoying fluorescents