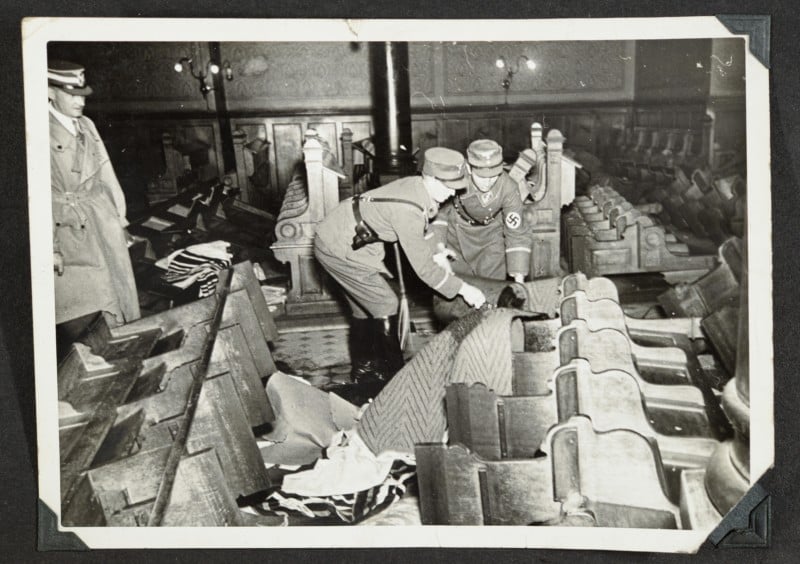 Newly discovered photos show the horror of Kristallnacht when Nazi thugs destroyed the businesses of Jewish people and started the events that would lead to the Holocaust.

The never-before-seen photos, taken in November 1938, were donated to Yad Vashem, a Holocaust remembrance center, and dispel a Nazi myth that the attacks were “a spontaneous outburst of violence” rather than a pogrom orchestrated by the state.

The terrifying photos show German SS and SA forces desecrating and pouring gasoline on furniture in a synagogue followed by a rare photo of a synagogue ablaze during Kristallnacht. 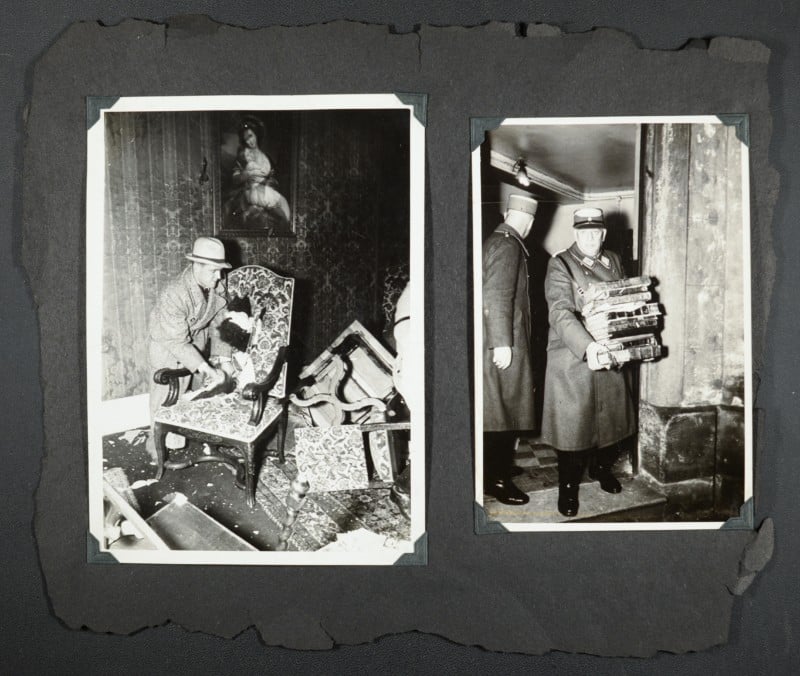 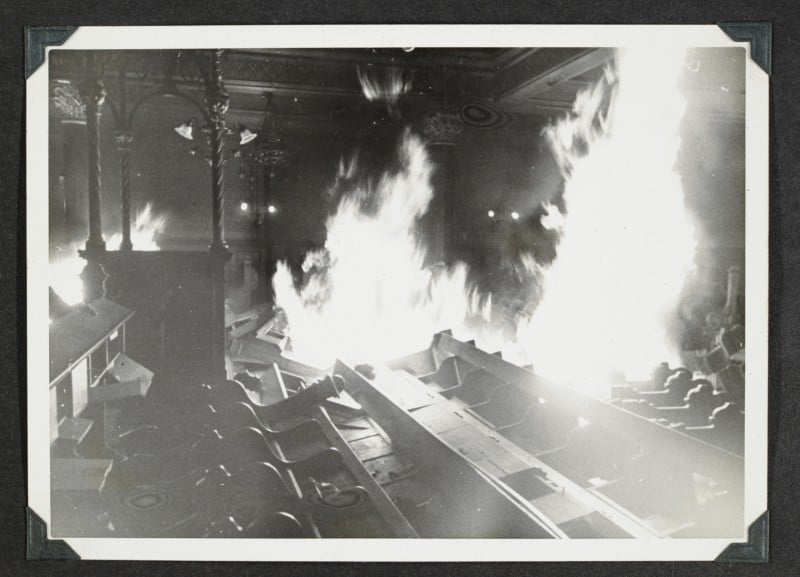 The photos are unique because they depict what took place indoors. “Most of the images we have of Kristallnacht are images from outside,” says Jonathan Matthews, head of Yad Vashem’s photo archive. “The photos give you a much more intimate image of what’s happening,” he adds.

The photos were taken by Nazi photographers in the city of Nuremberg and the nearby town of Fuerth. They wound up in the possession of a Jewish American serviceman who served in the counter-intelligence department in Germany during the Second World War.

The former serviceman never spoke about his experiences during the war and it’s unclear how he took possession of the photo album as he never mentioned it to his family.

“When I opened the album, I felt as if a hole had been burned through my hands,” says Elisheva Avital, granddaughter of the soldier, describing that moment when they first saw the photos contained in the album.

Chilling, newly discovered photos show Nazi Kristallnacht up close.Yad Vashem says the footage shows the pogrom from a closed spot for the first time; To state that the German people are aware and that the violence is coordinated by the authorities.https://t.co/0Bpwa1LnVL pic.twitter.com/9jjz4WQqWv

Yad Vashem says that the photos help demonstrate how the German public was aware of what was going on and that the violence was part of a meticulously coordinated pogrom carried out by Nazi authorities. They even brought in photographers to document the atrocities.

“Seeing these images of humiliation of Jews, and the destruction of their homes, businesses, and even synagogues is extremely disturbing and difficult,” says Yad Vashem Chairman Dani Dayan.

“But all these years later we must bear witness to the atrocities of the past. These photographs clearly show the true intention of the Nazis and the systematic and deliberate lengths they would go to in order to accomplish their murderous agenda.”