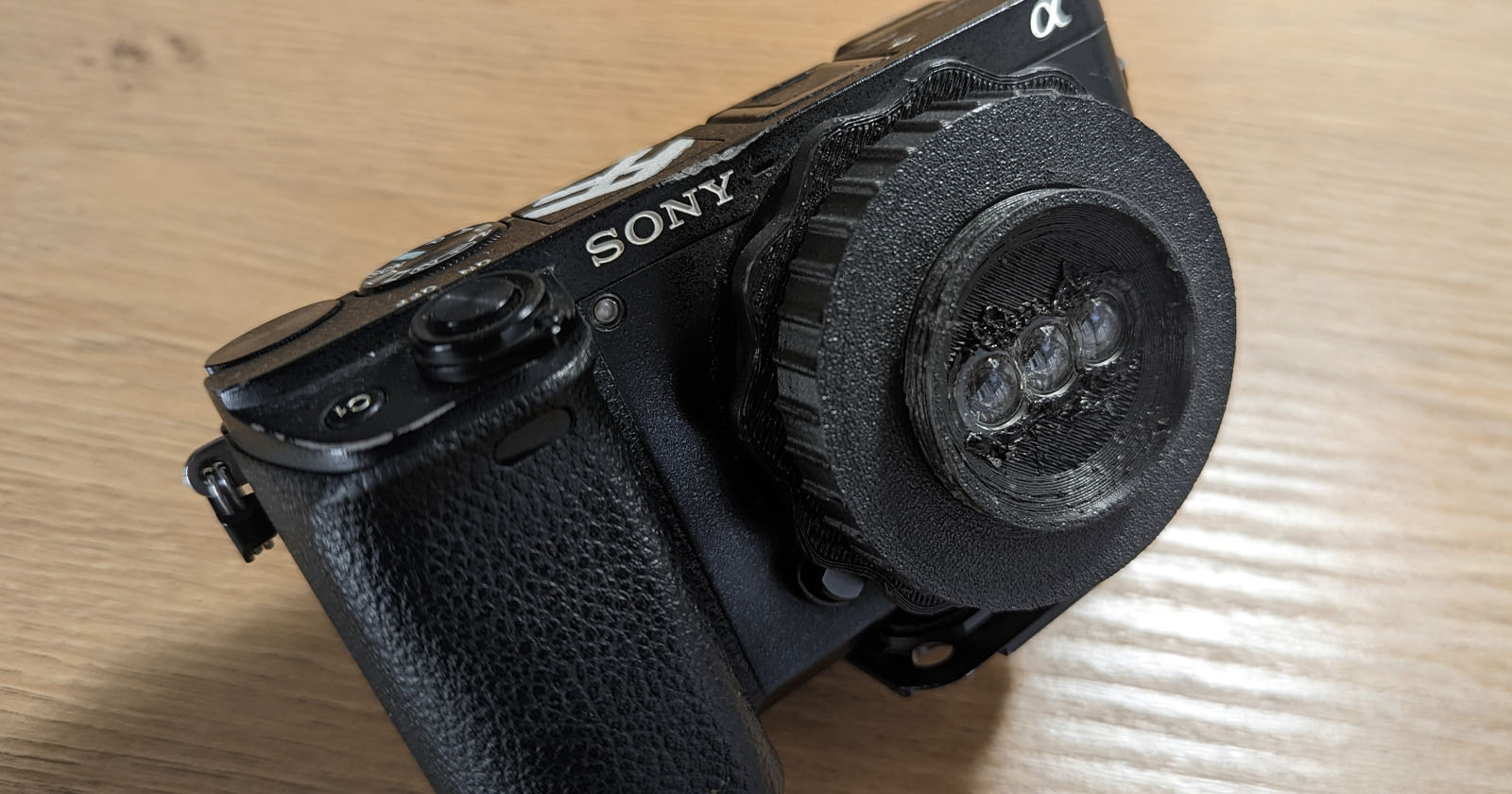 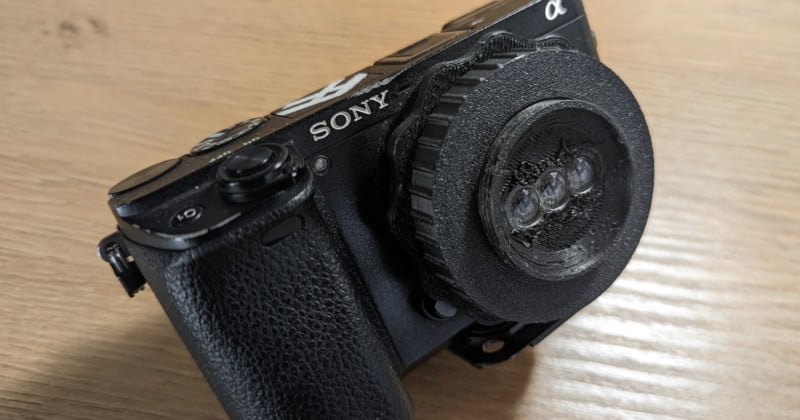 This trinocular “wigglegram” lens creates vintage film-looking stereographs and is made with a combination of 3D-printed parts and scavenged disposable camera lenses.

Wigglegrams, or stereographs, are these low-res cousins of the gif that involve photos made up of two or three layers. When put together, these give the illusion of depth and slight movement. They were a mainstay of 2010 Tumblr aesthetics and are how Magic Eye puzzles work and PetaPixel featured a film camera wigglegram lens build in 2021. They’ve also been featured in music videos: artist Kirby Gladstein has also become quite known for her three-dimensional gifs.

There are a few ways to make wigglegrams, such as using apps that combine images, but Seattle-based photographer Alex Fiel decided to take a different approach and build his own for his mirrorless camera. 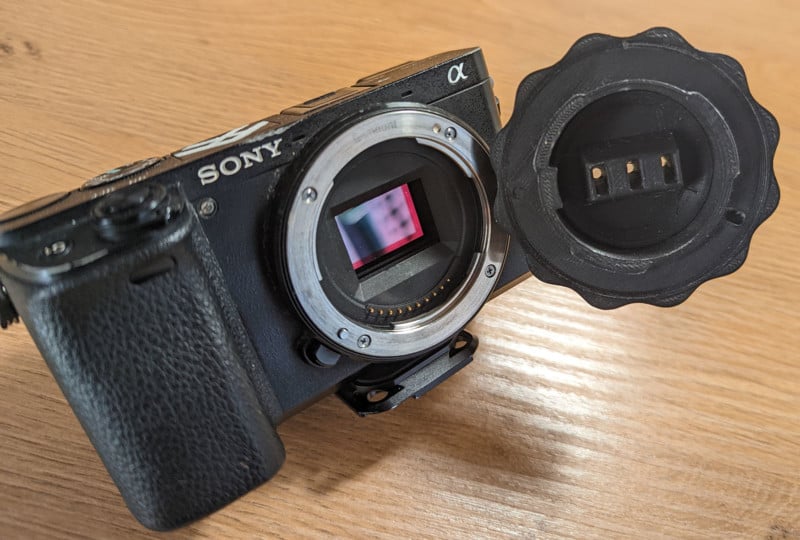 “Having seen multi-lens Film cameras from the 80’s, I wanted to see if it was possible to get a similar effect with a custom lens on my mirrorless camera,” Fiel says.

“The original cameras simultaneously exposed multiple frames at the same time, capturing a moment from slightly different perspectives. Edited together into a gif, by bouncing between the frames you can get a really interesting ‘moment-in-time’ effect.”

The three-part concoction of mount, focus ring, and slider started with a Sony E-Mount lens. 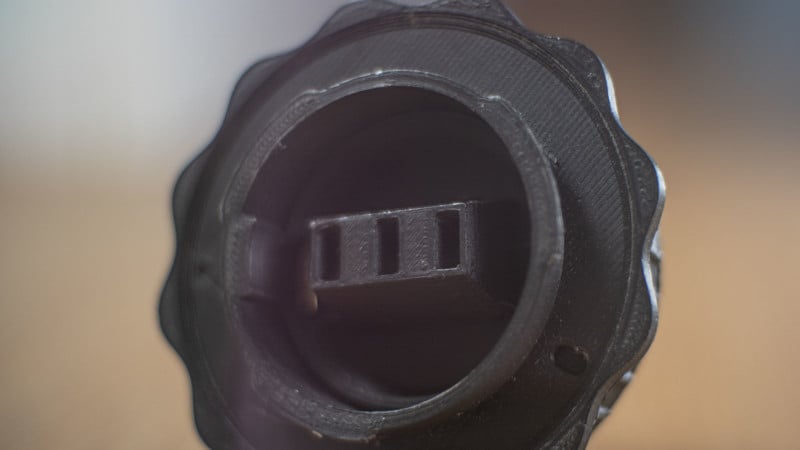 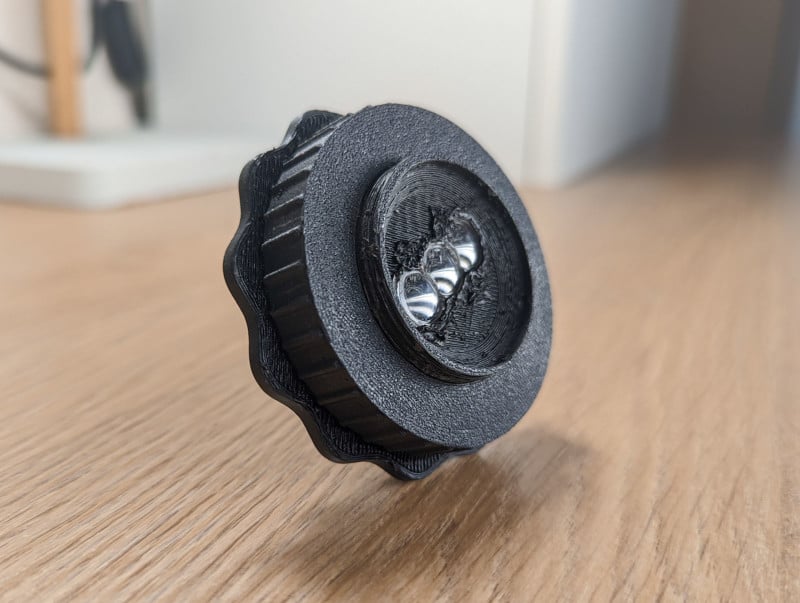 The results, of which Fiel shared examples taken on a recent trip, replicate the wigglegram movement many are familiar with. His examples add some heavy vignetting that is reminiscent of disposable cameras, which were actually used in the making of the wigglegram lens.

Below are a couple “raw” wigglegrams Fiel made that show what they look like before animation. 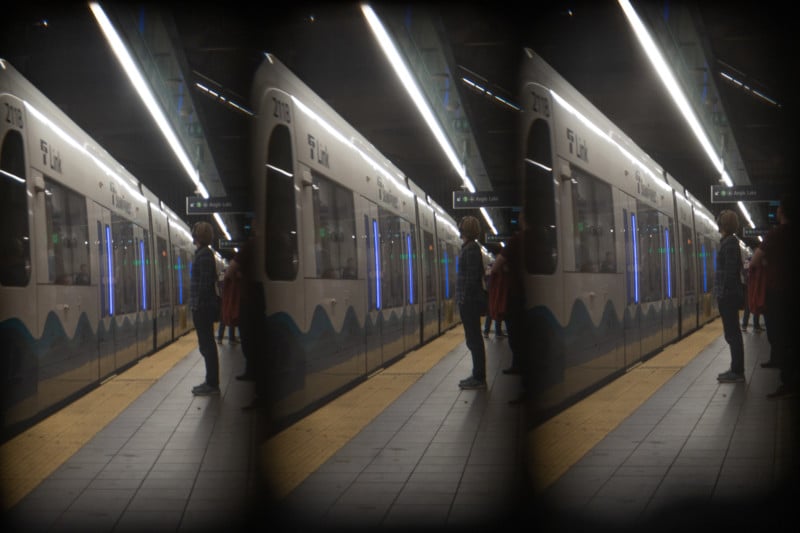 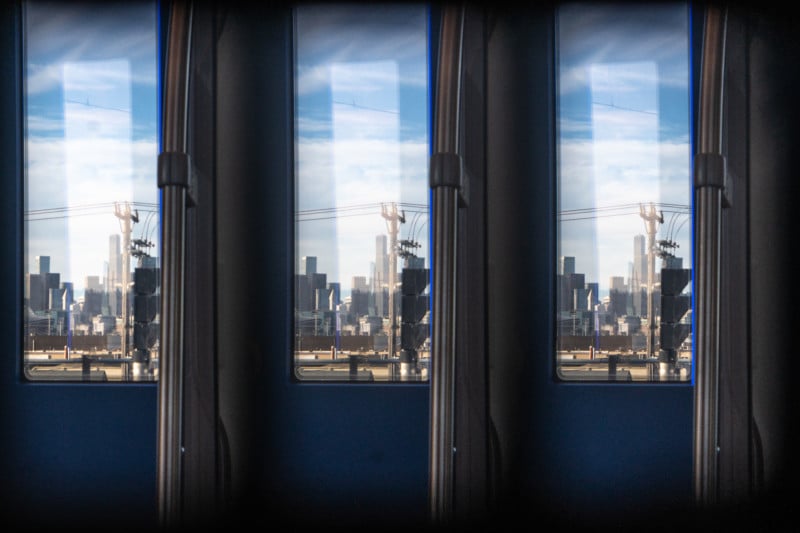 Fiel added that he was inspired by other photographers’ creations, like the Niveau by George Moua and a DIY build from Joshua Bird.

“This lens absolutely shines in scenes with a lot of depth. Flash helps a ton with that, the crisp shadow it creates moves noticeably between the pictures and adds a lot to the final image.” Field continues, “Also… everything’s vertical. Realistically you can turn the camera to capture wider scenes, but that also changes the direction of the wiggle. I didn’t experiment much with that though… I’m pretty happy with the long vertical photos!”

Of course, taking the photo isn’t where the work ends. Fiel noted that there was a great deal of editing done in Photoshop to put each piece together, though some automation seemed to speed things up.

A large gallery of Fiel’s wigglegrams can be found on his website. He has also shared the entire design and building process for creating his lens on Instructables and added the STL files that allow anyone to mimic the process on Printables.

HEIPI Tripod Now on IndieGoGo Despite Raising $1M on Kickstarter
You’re doing it wrong! what if photographers did social media right?
Cardi B and Her Photographer Sued for Copying Artist’s Marge Simpson Piece
DJI Mavic 3 Classic Review: DJI’s Most Compelling Drone Right Now
Facebook Dating Will Verify Your Age with a Face Scan