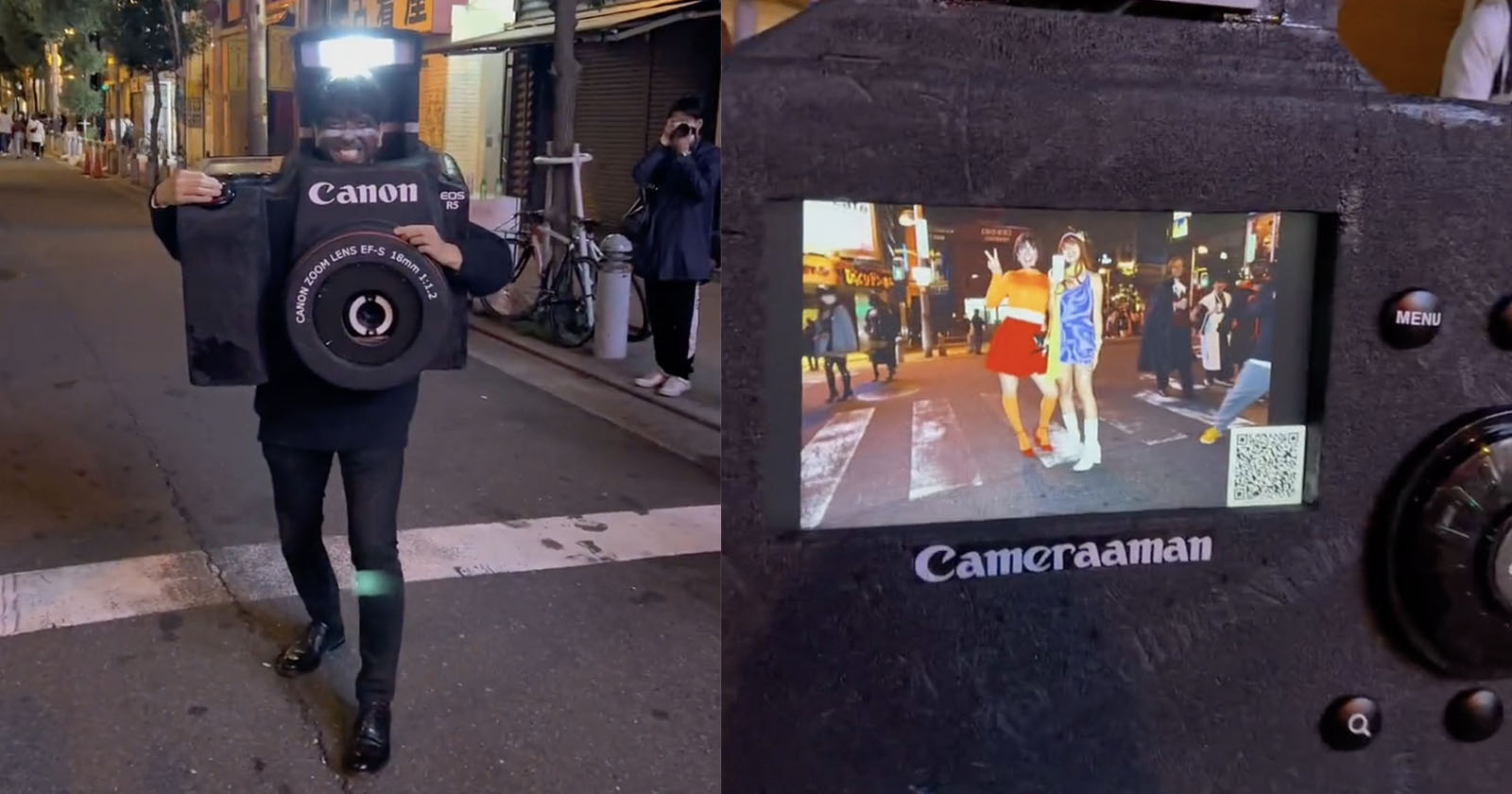 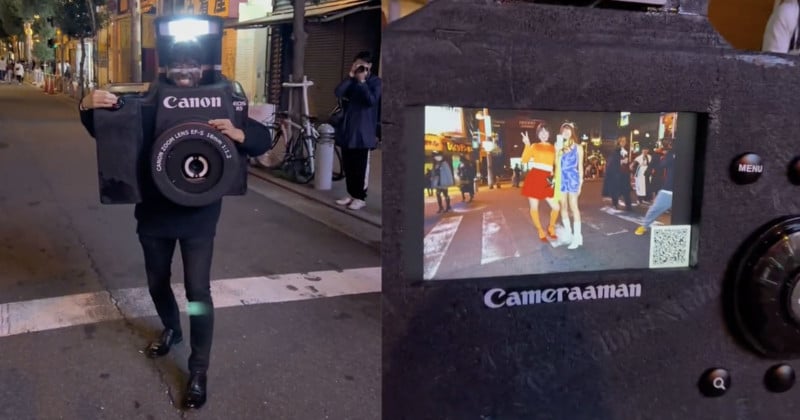 Halloween may have come and gone but the photography world may want to take note of this incredible costume spotted in Japan.

Alyssar, (@lysscho) on TikTok, was out on the streets of Osaka, Japan soaking in the festivities this last Monday when she came across a man dressed as a Canon mirrorless camera.

While the costume in itself is impressive, far more astonishing is that it is actually a working camera.

Alyssar filmed the moment the man took a photo of her. His elaborate costume comes complete with a focusing light that he operates via the costume’s “shutter” button.

He appears to take the photo via a button on the lens which triggers the camera and a ring flash within the costume’s lens.

Once the photo is taken he turns around and the image is displayed on a large screen, amazing Alyssar and her friend.

The back of the camera even has buttons familiar to photographers such as ISO, menu, and a zoom function. 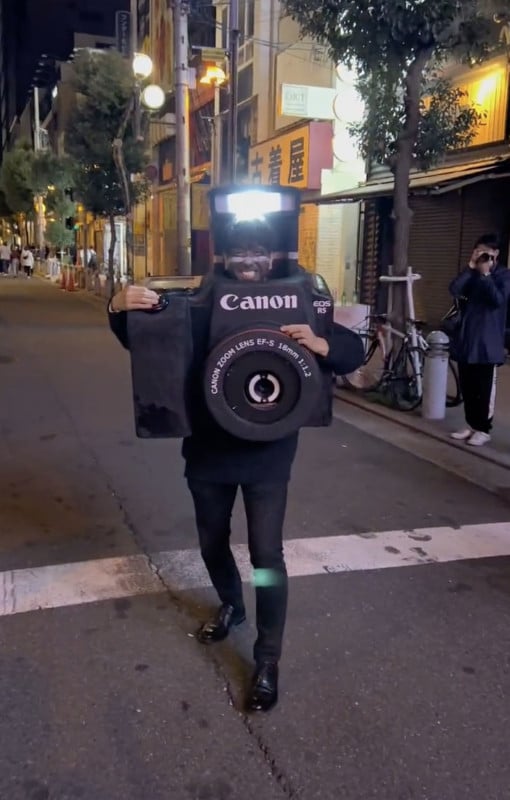 The only fault that can be found with the costume is that the body is a Canon R5 but has an EF-S lens attached, which means he would be cropping out an awful lot of megapixels.

The video of the amazing outfit has racked up over 17 million views and counting on Alyssar’s TikTok page.

“Real meaning of cameraman,” writes one user. “This is a costume made by a genius,” chimes another. 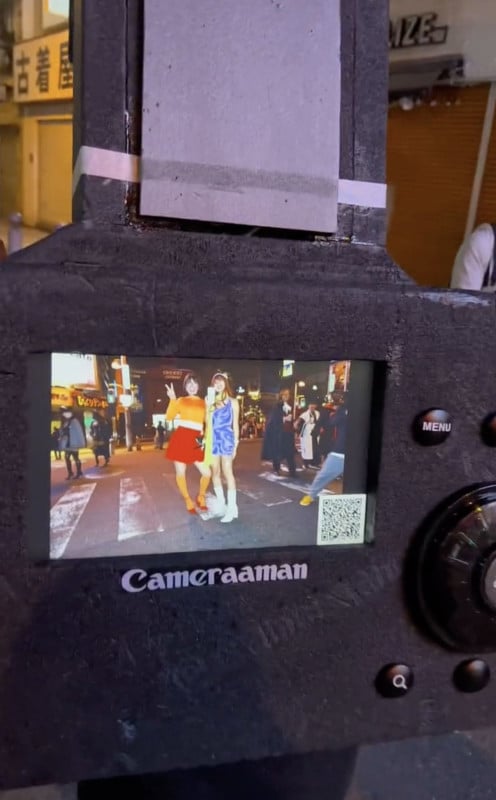 Many were left baffled as to how the costume actually works. Some speculated the shutter is triggered by Bluetooth or a cable.

The outfit must be heavy as the screen on the back is large, commentators couldn’t agree whether it was a TV or a giant tablet.

Also present on the screen is a QR code which users speculated could lead to a Dropbox account where the subject can save the photo of them.

The identity of the costume-wearer is Yohei Shimada, a Japanese commercial photographer. When Halloween rolls around, Shimada becomes Cameraaman, a human-sized, fully-functioning DSLR camera that roams the streets of Japan to photograph other costume-wearers.

Last week, PetaPixel reported on a very different type of Halloween costume. Century-old photos of spooky vintage Halloween costumes taken largely in the United States in the late 1800s and early 1900s that was collated by English artist Ossian Brown.