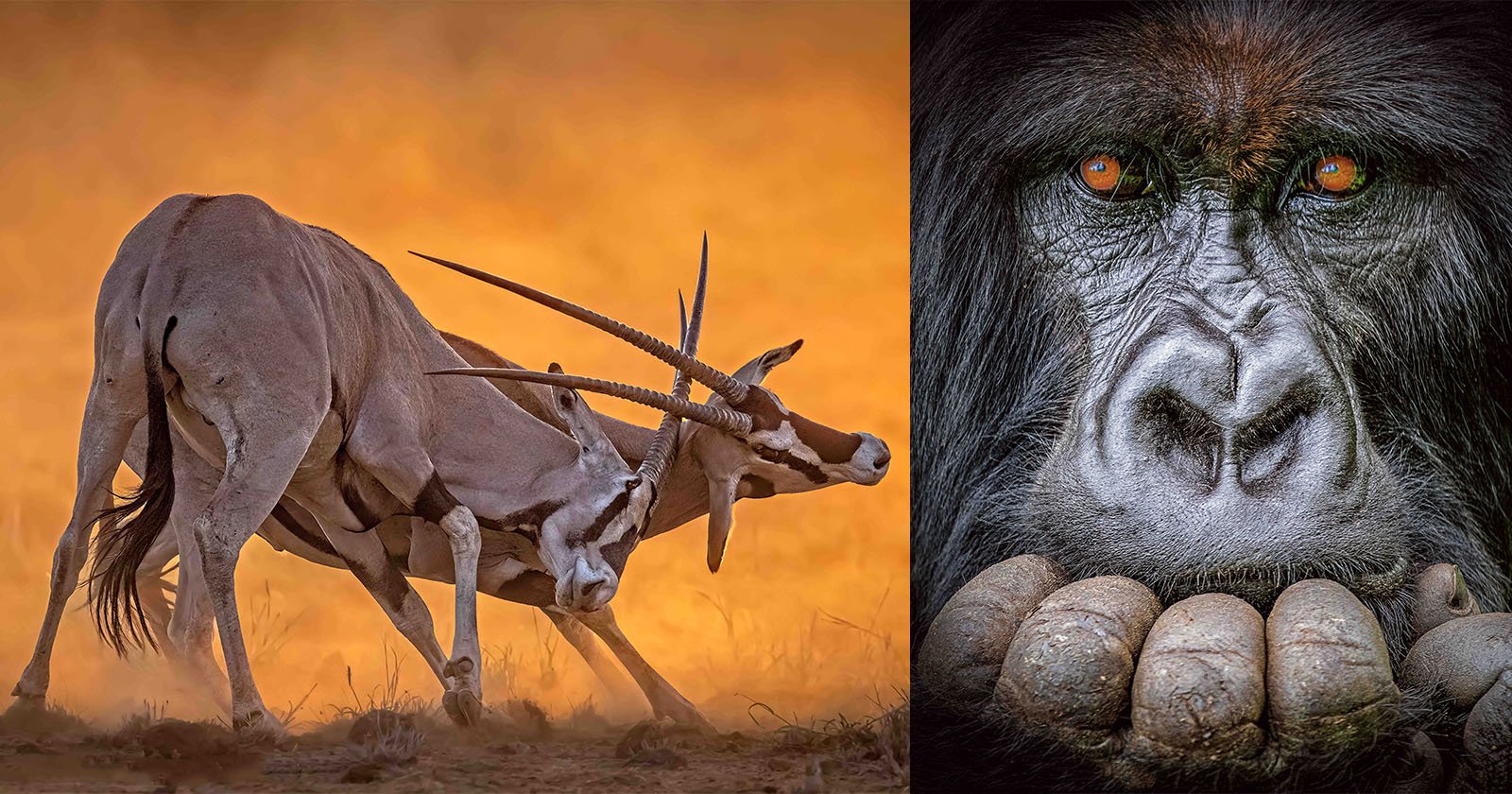 A photo of a contemplative silverback gorilla has won the 2022 Benjamin Mkapa African Wildlife Photography Awards.

US-based photographer Michelle Kranz took the top spot after capturing the amazing picture on her Nikon D850 while in Rwanda.

“This amazing silverback settled down to relax after playing with another male,” says Kranz. “For a few moments, I photographed his striking, mesmerizing gaze.”

The photography awards are run by the African Wildlife Foundation (AWF) and only started last year, in 2021. It is named after a former President of Tanzania who devoted resources to conservation education in Africa.

Other winners include Anthony Ochieng Onyango who used a Canon R to capture a touching moment in an elephant sanctuary.

“Mary Langees is one of the dedicated caregivers of orphaned, rescued elephants at community-owned Reteti Sanctuary,” says Onyango of the photo. “Elephants exhibit affection using their trunks through touching and caressing.”

Meanwhile, an intriguing photograph of a giraffe in between railway pillars won the Coexistence and Conflict category.

“This image of a giraffe disappearing behind the pillar represents a current issue the continent faces everywhere—where governments and conservationists must carefully analyze the false choice between development and the future of wildlife,” says the awards of Jose Fragozo’s image.

A beautiful photo taken of flamingos in Lake Solai, Kenya by Paul Mckenzie won the Art in Nature category.

“In the past, Lake Solai has normally been an expanse of coffee-colored water almost devoid of avian life. An increase in water levels during 2020-21 has seen the lake encroach into the surrounding grasslands. This image, taken from a light aircraft, shows flamingos feeding,” explains Mckenzie who took the photo on a Canon R5.

According to CNN, AWF’s overreaching mission is to ensure that wildlife and wildlands thrive in modern Africa. The organization hopes to inspire African leaders in the conservation sector.

“When people here [in Africa] see elephants, they see their crops being destroyed and people being killed,” says Kaddu Sebunya, CEO of AWF.

The organizers want to show animals and nature to Africans in a different, more positive light. “It’s more than a photo, it’s an education program,” Sebunya adds.

The full online gallery and details of next year’s competition can be viewed here.

Facebook Dating Will Verify Your Age with a Face Scan
The Loupedeck Live S is an Easy and Affordable Streaming Controller
The SanDisk Professional PRO-G40 SSD is the Ideal 4K/6K Video Working Drive
Photographing the Antpitta: My Favorite, Elusive Bird
Maximum and Minimum Aperture in Photography, Explained