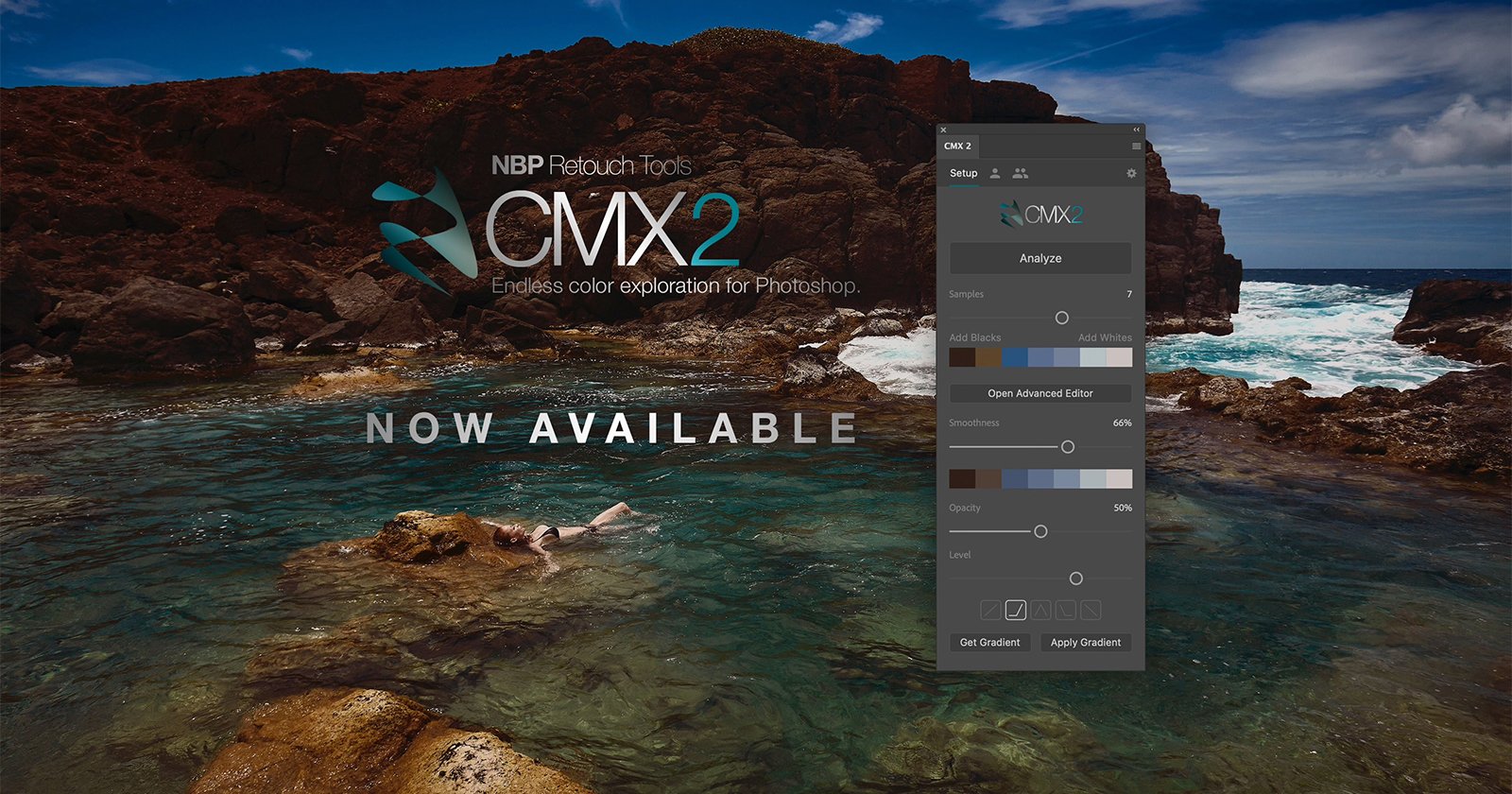 NBP Retouch Tools has released a long-awaited update for the Color Map X Panel for Adobe Photoshop that brings full functionality to Adobe Silicon (M1/M2), new Windows, and is fully compliant with the new Adobe UXP.

The updated CMX2 plugin brings a smoother interface, more speed, and much greater control for those looking to extract and apply color palettes across multiple images. The panel itself is effectively a color palette exploration tool that allows users to extract the colors from one image to be quickly and easily applied to another as a gradient map in just a few clicks. 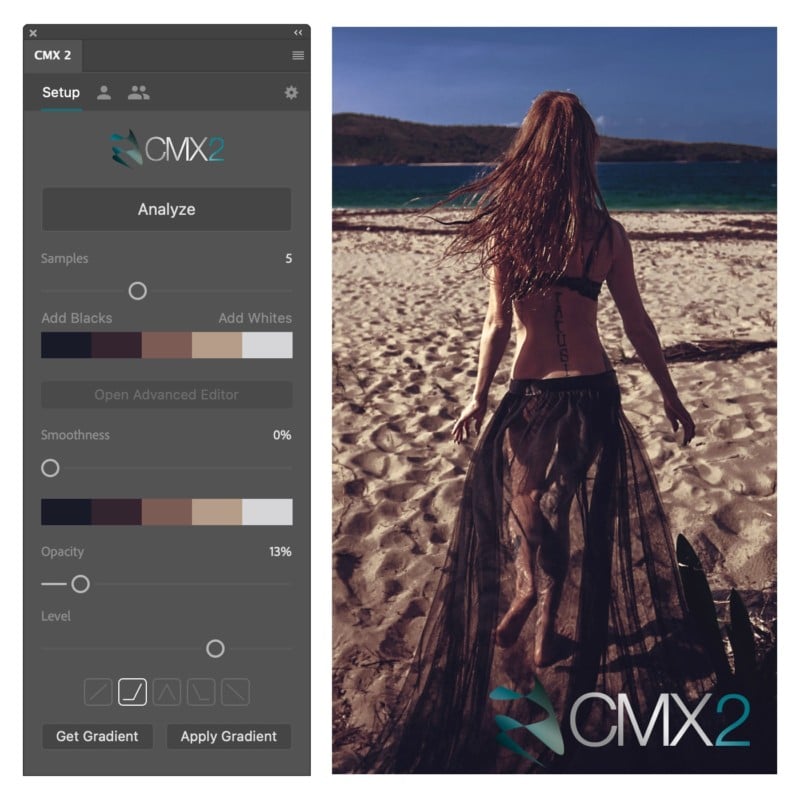 “So, after I took NBP in an entirely new direction with a new development team and internal distribution, I decided to pay homage to the global network of ColourmapX artists and call the new version, CMX2.”

According to the company, the updated panel features an entirely new algorithm that extracts color palettes from images “smarter than ever” which covers up to 10 colors, even if only three to five are selected. Users can modify the applied gradient smoothness instantly, mute specific color swatches, brighten or darken the entire palette, change blend modes, and adjust the opacity and fill intensity all instantly, and in real-time. Previously these sorts of features would require an entirely new layer or “analysis” to do. 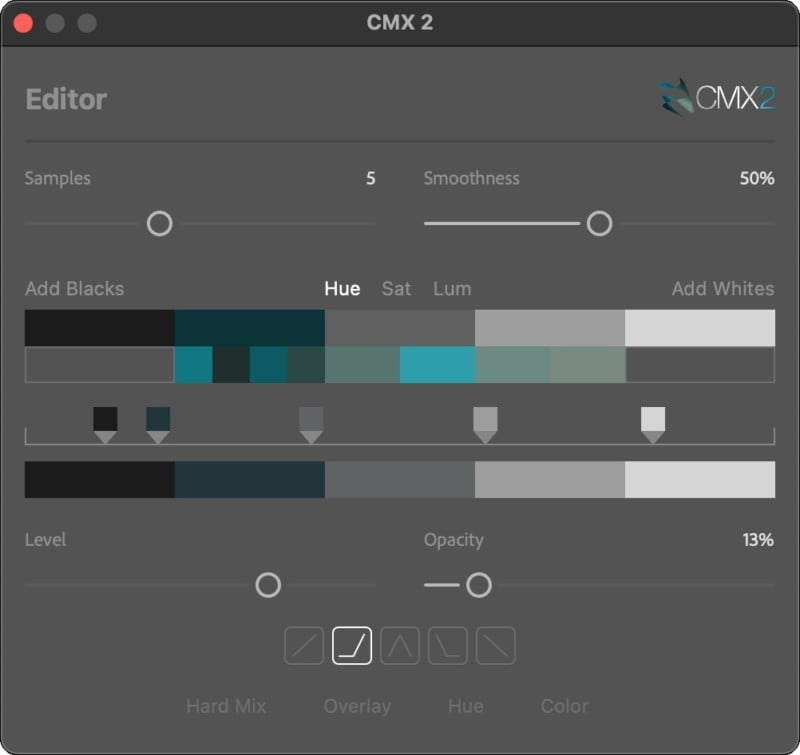 “Ease of use was, of course, crucial,” Batista continues. “Nothing is more frustrating than a Photoshop plugin that gets great results, but only after a painful and tedious process (usually due to bad UI or limited understanding of real photographers’ workflows. CMX2 absolutely needed to be easy to use, fast, and consistent. Even if you open the panel for 30 seconds while working on an image, but it sends you in a color direction you just love, then we are satisfied in what we built for artists. Complexity is fun, but it needs to be packaged in convenience.”

The updated plugin can also apply and change palettes using a blend-if directly from the panel for luminosity range control, and even provides users with an advanced editor mode for deeper analysis and micro-adjustments that include individual color swatch toggling, modification to the Hue Saturation and Luminosity (HSL), or complete replacement.

Each adjusted palette and related settings are saved in a CMX2 Group of layers so they can be easily adjusted at any later point. In addition, the new version allows users to save their own color palettes as “favorites” for later use and can even share them with other users, which is especially useful if people are retouching as part of a team on a project. 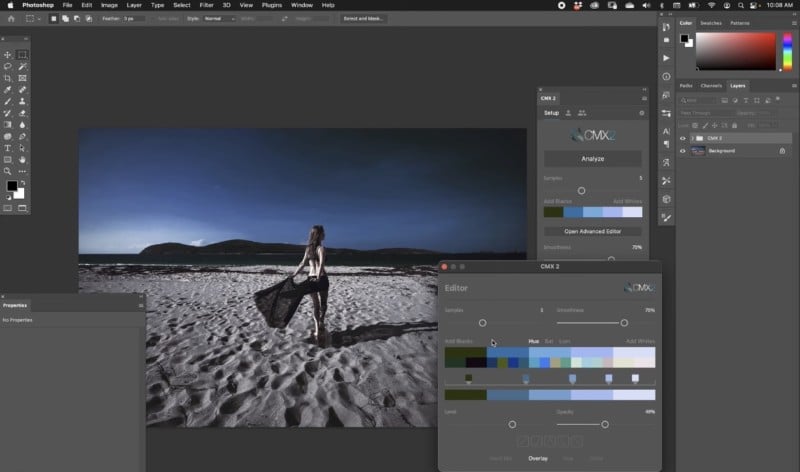 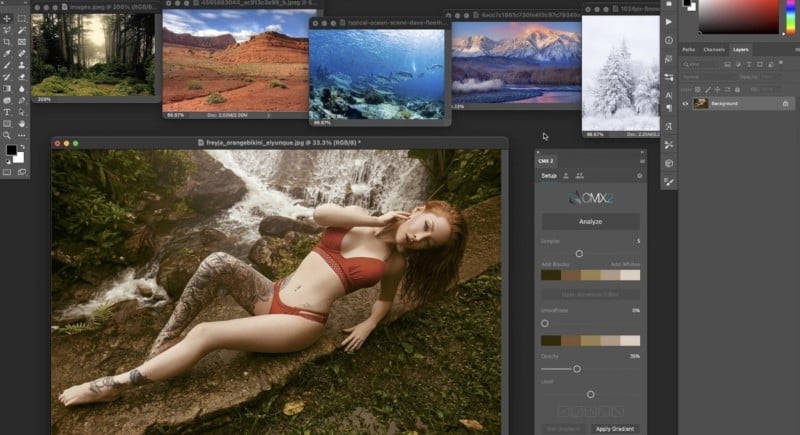 At the time of publication, CMX2 was available for Windows and Apple computers for $99 (regularly priced at $129). Those looking for tips and tutorials for the CMX2 panel can find them on the NBP Retouch Tools Youtube Channel.