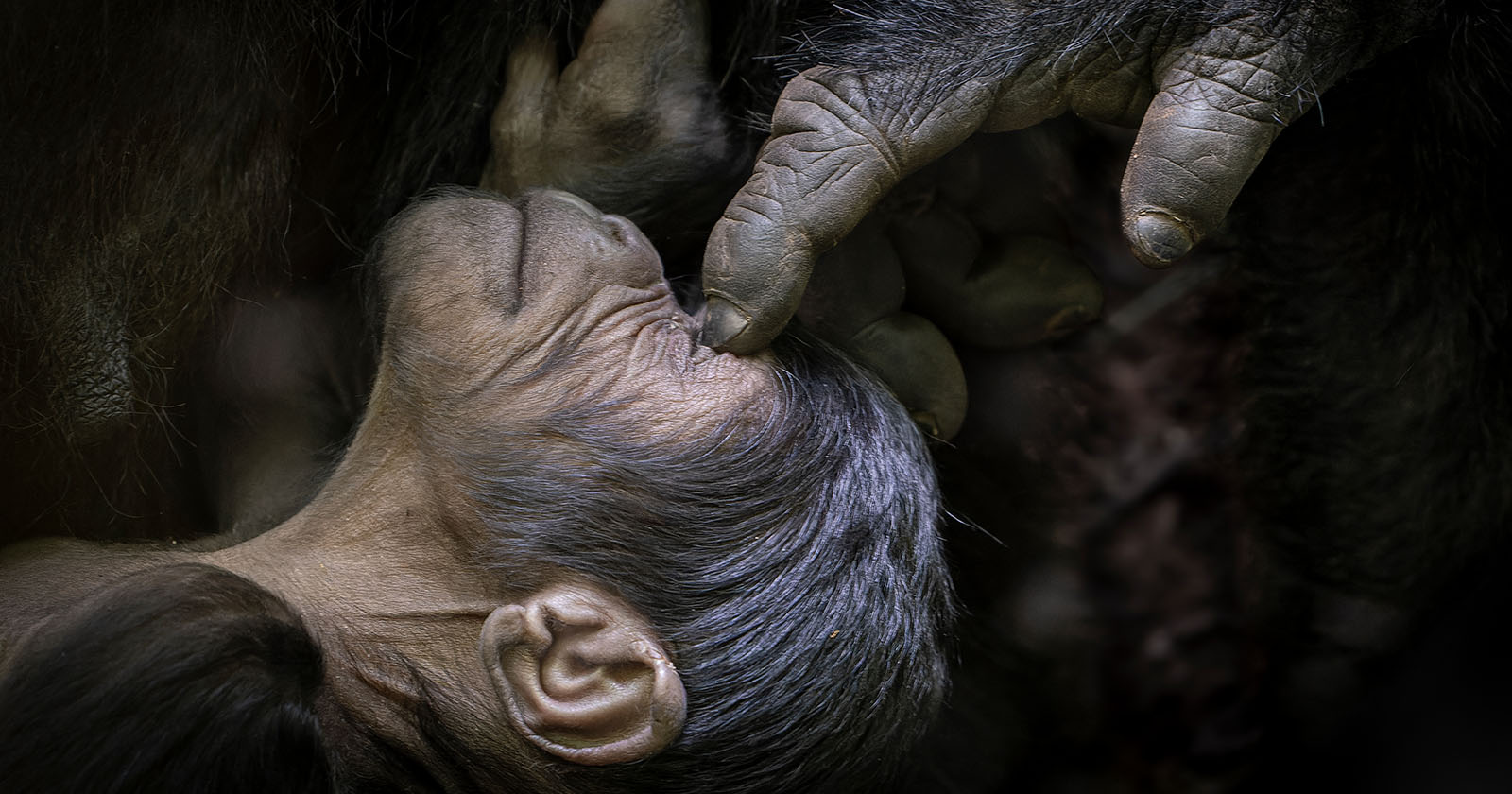 A moving photo of a newborn gorilla’s older brother touching its head has won the top prize in the 2022 Wilderness Safaris Africa in Focus photo awards.

Tomasz Szpila from Poland was awarded the 2022 Wilderness Photographer of the Year for his image titled Touch, capturing the moment a seven-day-old mountain gorilla is tenderly touched by his much older brother.

The gorillas are members of the Nshongi group found in the Bwindi Impenetrable Forest in Uganda. The birth of the mountain gorilla is an important issue both for the family group and for the entire population of this species.

Tomasz wins an all-expenses-paid eight-night safari for two people. He can choose out of three Wilderness Classic camps in Botswana, Zambia, or Zimbabwe.

The top prize also includes a private photographic guide, international flights to the destination country, as well as charter flights to the camps; the total value of the overall prize is approximately $20,000.

A stunning photo of the Milky Way galaxy by Floria Kriechbaumer won the African landscape category taking full advantage of the lack of light pollution in Keetmanshoop, Namibia.

A black and white portrait of a young girl belonging to the Abore tribe in the Omo Valley, Ethiopia won the people category.

The coveted People’s Choice category that was decided by 5,600 votes cast by the public went to Giovanna Aryafarafor her photo of a mother and child in the Indonesia Omo Valley, Ethiopia.

The African Wildlife winning photo was taken by Thomas Vijayan who captured a lion apparently messing with its prey in the Masai Mara, Kenya.

The Conservation title went to Blair Eastwood from Australia who captured a Temminck pangolin clutching a vet’s arm for warmth. The poor creature had been poached but had been intercepted as a person attempted to smuggle it through an airport. Sadly, the pangolin was severely malnourished and had its long claws ripped out. It died a few days after the photo was taken.

The Young Wilderness Safaris Photographer of the Year went to Gabriela Potgieter who captured a monkey enjoying a snack from the forest floor.

This year was the sixth iteration of the Wilderness Safaris Africa in Focus photo competition and was in partnership with OM SYSTEM.

“The 2022 Wilderness photographic competition garnered so many wonderful entries across the continent — from majestic landscapes to gentle and fierce moments in nature, and vibrant communities. It was a pleasure to have had the opportunity to delve into the photographs and the special moments captured”, enthuses Michaela Skovranova, OM SYSTEM Ambassador and competition judge.

“We are thrilled that the sixth edition of the Africa in Focus Photographic Competition with OM SYSTEM was such a great success in showcasing our iconic Africa. With all proceeds from the competition directly benefiting CITW, we are already looking forward to planning our 2023 photographic competition, and continuing our positive impact, facilitating sustainable conservation through education in Africa”, noted Amanda Wilson, Wilderness Partnerships VP.

For more and to find out about the 2023 competition, check out their website.