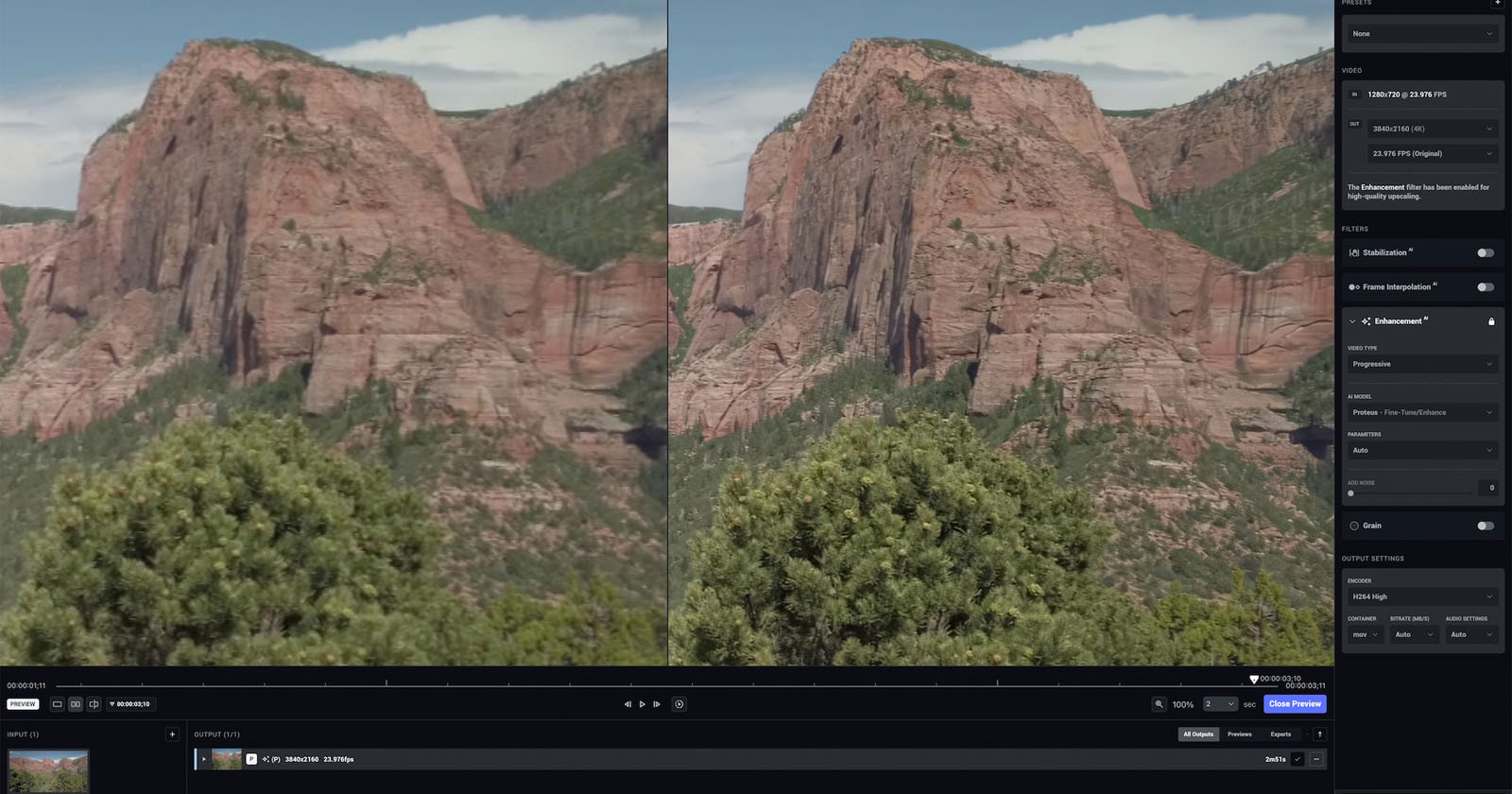 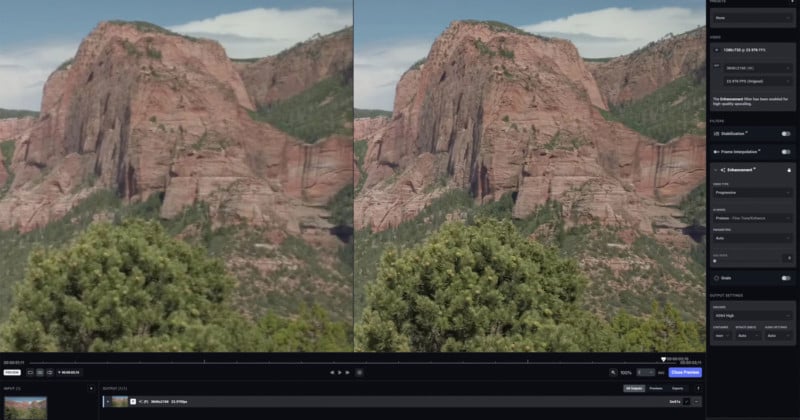 Topaz has released Video AI v3.0, which it claims is a wholly rebuilt version of the software that features a new stabilization model, smarter workflows, and improved video enhancement capabilities.

Topaz Video AI is a video enhancement software that specializes in deinterlacing, upscaling, and motion interpolation. The company says that it upscales video with fewer motion artifacts than competitor offerings, is able to recover “real” details in video that is derived from information found in adjacent frames, and produces more natural finished products as a result.

“Because it treats video as a series of constant rate images, it led to problems when the app’s AI models had to process variable frame rate footage, frame repeats, and scene changes. It also complicated our ability to develop new models to address stabilization or scene detection because they require multiple passes over the video.”

To develop new features and push the software further, Topaz says it had to build a new code base for this new version of the software.

In a blog post, the company says it has built Topaz Video AI v3.0 “from the ground up” to include new functionality and a better user experience. The new code base allowed the company to add stacking AI models, the ability to run tasks in parallel with filter support, a command-line interface, and improvements to performance and app stability.

Thanks to the update, users can now enable more than one AI model in a single task, which Topaz says allows for a more flexible workflow. Users can also execute multiple tasks simultaneously and run different previews from multiple input video files with varying settings and export several projects simultaneously.

The app also has new AI models, including a new stabilization model that reduces shaky or jittery motion that the company says is often the result from an unstable camera.

“The new stabilization AI model considers the entire frame instead of an individual point. We trained the model with challenging video samples to perform better than the traditional feature-matching algorithm,” Topaz explains.

The company has also updated its slow-motion model:

More detailed information on these changes can be seen in a blog post on Topaz’s website. Topaz Video AI v3.0 is available for $159 until November 4, after which it will return to the full price of $299.

Cardi B and Her Photographer Sued for Copying Artist’s Marge Simpson Piece
Harrowing ‘The Bitter Death of Birds’ Wins Environmental Photo of the Year
Legendary Surf Photographer Art Brewer Has Died
The best gifts for photographers, according to the pros
How To Easily Batch Edit in Lightroom Classic | In A Lightroom Minute