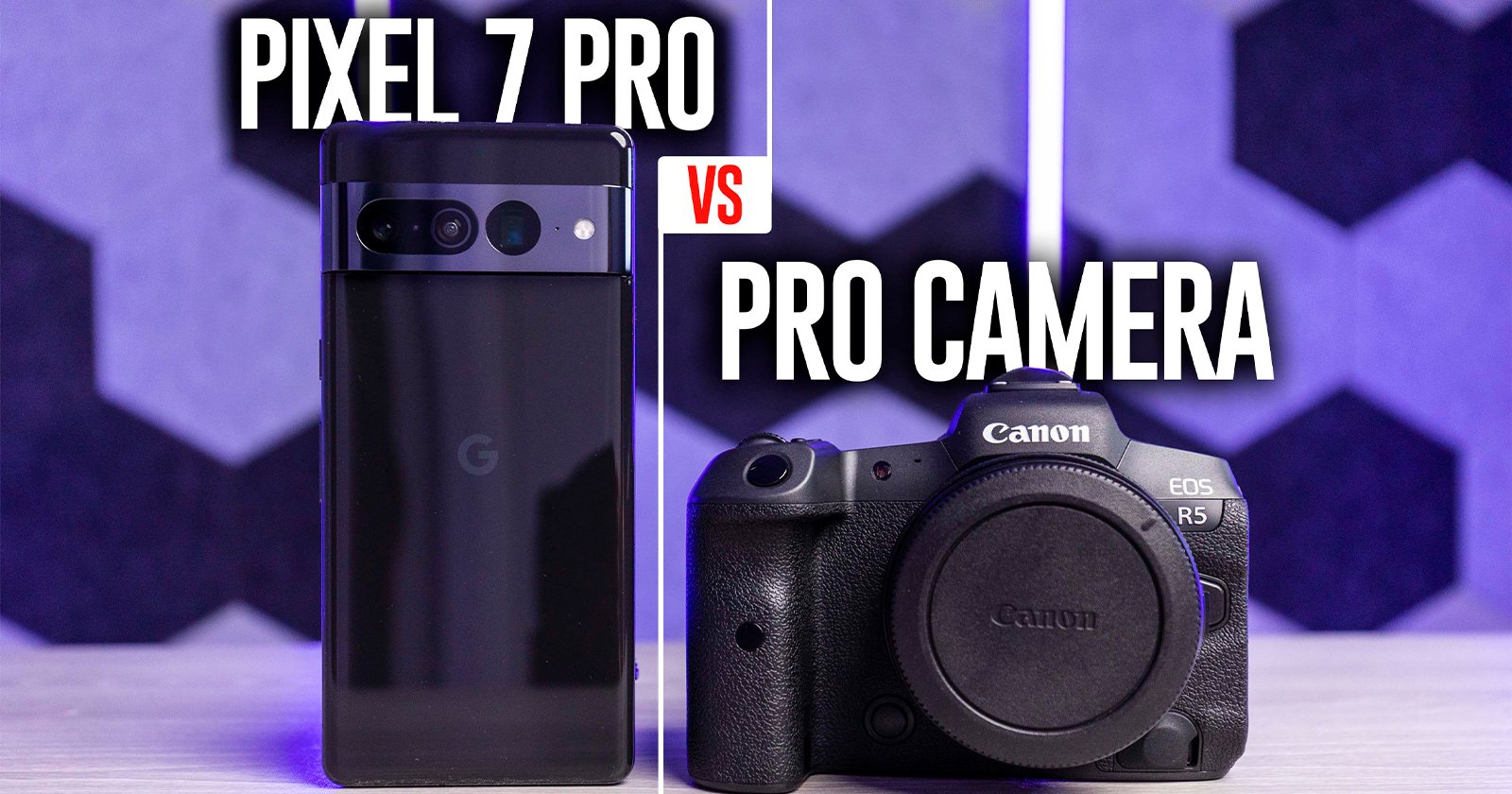 Smartphone technology and sensor image quality have advanced so much in recent years that phone manufacturers are boasting photographs that can rival those taken by larger mirrorless and DSLR cameras. But is it true?

In this new six-minute video from Canadian photographer Kevin Raposo (also known as The Speedy Photographer), he decides to put the new Pixel 7 Pro to the test against a professional-level $7,000 Canon EOS R5 mirrorless system with lenses close to the same focal lengths available on the mobile platform (specifically the 24-70mm f/2.8 and a 70-200mm f/2.8) to see just how much of a difference there is between the two. 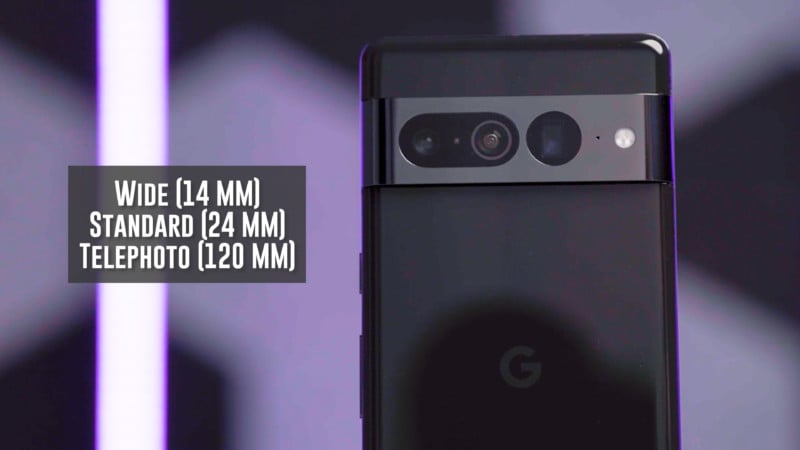 For clarity, the Pixel 7 Pro comes equipped with a 50-megapixel sensor and three lenses that include a 14mm ultra-wide lens, a 24mm “Standard” lens, and a 120mm telephoto lens, so Raposo has matched lenses with the Canon camera (which is 45 megapixels) to replicate the shots as closely as possible.

For the purpose of the test, Raposo shot all the images in JPEG format and only made basic adjustments to the exposure and cropping to ensure the photos match up for the comparison. The video files were left completely unedited and shot in 4K at 60 frames per second (fps) with the colors left as-is from each system. 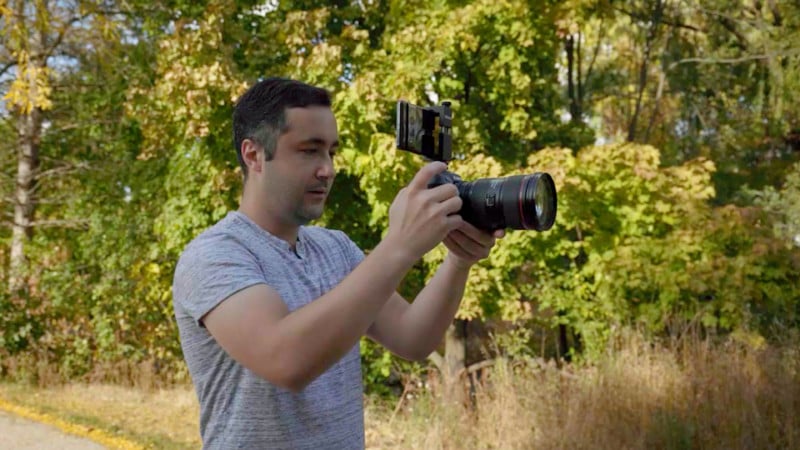 Starting the comparison out with the ultra-wide angle lens, Raposo says the image taken with the Pixel 7 is a bit easier to identify as, with most ultra-wide angle lenses, the sharpness of the images in the very extreme corners is a common weakness (even with professional level systems), and as such, the Pixel 7 Pro just can’t produce the same level of detail as the much larger “dedicated” lens like the Canon 16-35mm f/4 that he was using.

The next set of images was taken with the standard and telephoto lenses where things got a little trickier to identify which was which. Raposo says in the video that at a glance the images from both devices look incredibly similar and the differences only become apparent upon close inspection to the details. 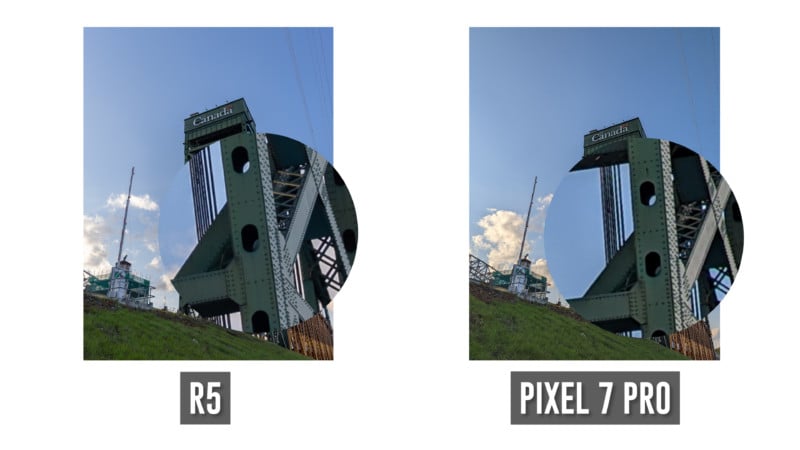 In the additional image tests, things got even more challenging to spot the difference, but the secret giveaway of the smartphone images is the “heavy HDR processing and increased sharpening” from the Pixel 7 that just isn’t present in the straight-out of-camera JPEGs of the Canon EOS R5, which looks a bit more natural.

Comparing the telephoto lenses things begin to get a bit unfair as the tiny zoom lens of the smartphone just cannot compare to the dedicated telephoto lens of a mirrorless or DSLR system. While “at a glance” the images look kind of similar, once photographers zoom in on any of the details in the shot they’ll see that there just isn’t anywhere near the level of detail as compared to the mirrorless system, and the Pixel 7 Pro doesn’t have any of the “bokeh” found using the professional system.

Even so, Raposo says there is an argument to be made about the level of detail captured by the Pixel 7 is very comparable to the R5, making it the most impressive smartphone camera and comparison he has ever done. At full size, the Pixel 7 Pro performs quite well against the R5, making it impressively useful for small-scale images like those used on social media. It is not until photographers start zooming in and focusing on the small details that the differences become noticeable…except for the video comparison.

According to his testing, Raposo found that the differences in the video capture were quite noticeable as the Pixel 7 Pro produces a very compressed image with an aggressive HDR look whereas the Canon EOS R5 using C-Log produces a cinematic look that just can’t be matched by the smartphone. 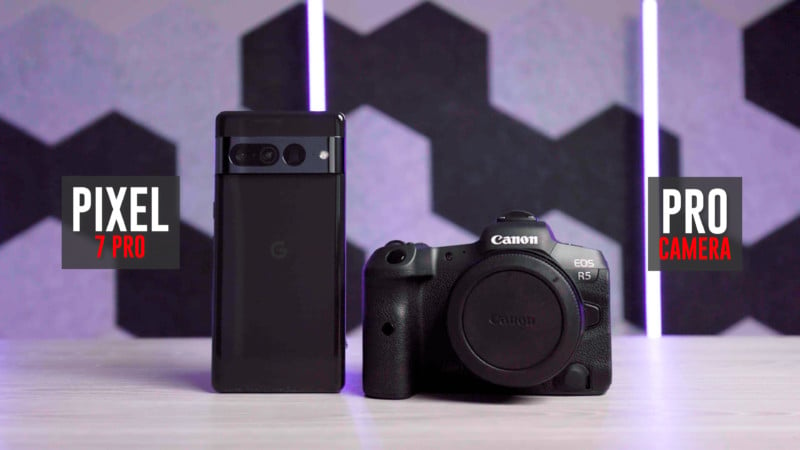 While the two devices are targeted at two very different markets, it is still quite impressive to see just how far computational photography has come over the last ten years. It will be interesting to see what advances are made with the technology in the coming years, but even with those advancements, the Pixel 7 Pro won’t replace a professional camera just yet.

Lightroom Coffee Break: Deselecting Photos in Grid View
🔥 Little Known Masking Photoshop Trick!
How to Optimize Photoshop for Panoramas and Huge Files
You’re doing it wrong! what if photographers did social media right?
How To Easily Batch Edit in Lightroom Classic | In A Lightroom Minute