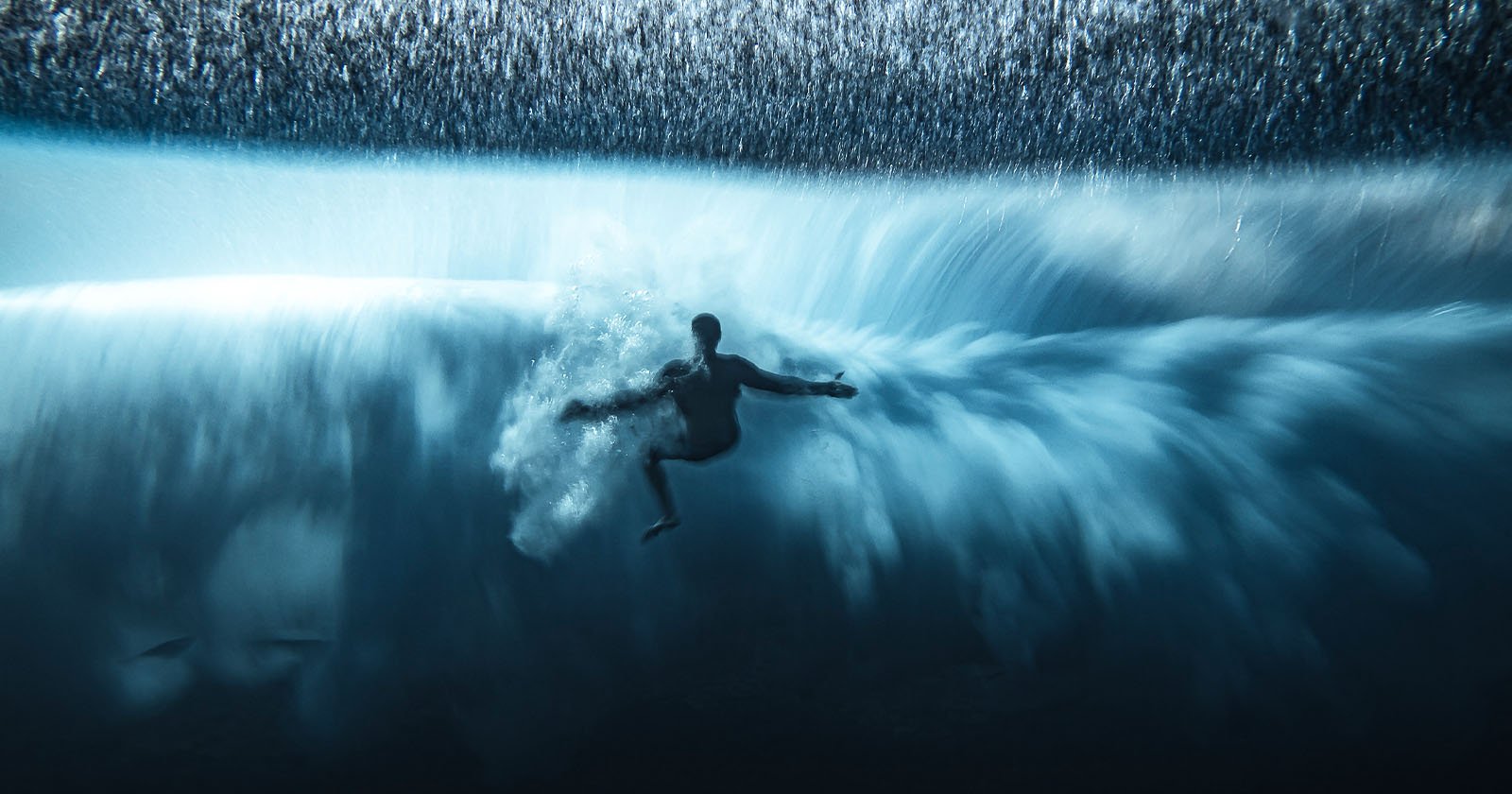 The winners of the 2022 Ocean Photographer of the Year competition have been announced, with a picture of a surfer held down by one of the world’s heaviest waves, taking the top prize.

Ben Thouard, a photographer who lives in French Polynesia captured the winning image of a brave surfer in Tahiti battling against one of the heaviest waves in the world. The wave is known as Teahupo’o, or “place of skulls”.

“This is the unseen part of surfing,” says Thouard. “I have so much respect for both the wave and the surfers — surfing such a heavy wave is a huge challenge.”

A total of nine categories were judged in the competition, ranging from Wildlife, Fine Art, Conservation Hope and Conservation Impact, Adventure, Portfolio, Young, and Human Connection categories. A prize fund of more than £500,000 ($554,632) was available, says the competition’s organizers Oceanographic.

Lu said she was having difficulties on the dive before taking the photo and hesitated before going deeper.

“Luckily, my ears equalized, and there before my eyes was this beautiful blanket octopus,” explains Lu. “We swam alongside her and then, like magic, she opened up her blanket to show herself in all her glory.”

U.S.-based photographer Brook Peterson took third place, with a shot of a cormorant diving through a school of baitfish under an oil rig.

“There was a large school of baitfish under the platform for several weeks and, as a result, numerous other animals [were] there to feed off the baitfish: sea lions, bonita, and cormorants,” says Peterson. “The image depicts a cormorant hunting through a large bait ball.”

More than 5,000 candidates submitted photographs across all categories — an increase of about 2,000 on the number of entries last year.

Winning works in the competition, which is produced by Oceanographic Magazine, are now being displayed at a free exhibition at Tower Bridge in London until November 7.

Harrowing ‘The Bitter Death of Birds’ Wins Environmental Photo of the Year
Orion Spacecraft Snaps Close Flyby Photo of the Moon on its Way Home
🖌️ Photoshop Brush From a Photo!
The Loupedeck Live S is an Easy and Affordable Streaming Controller
Your AI-generated images are now welcome on Adobe Stock