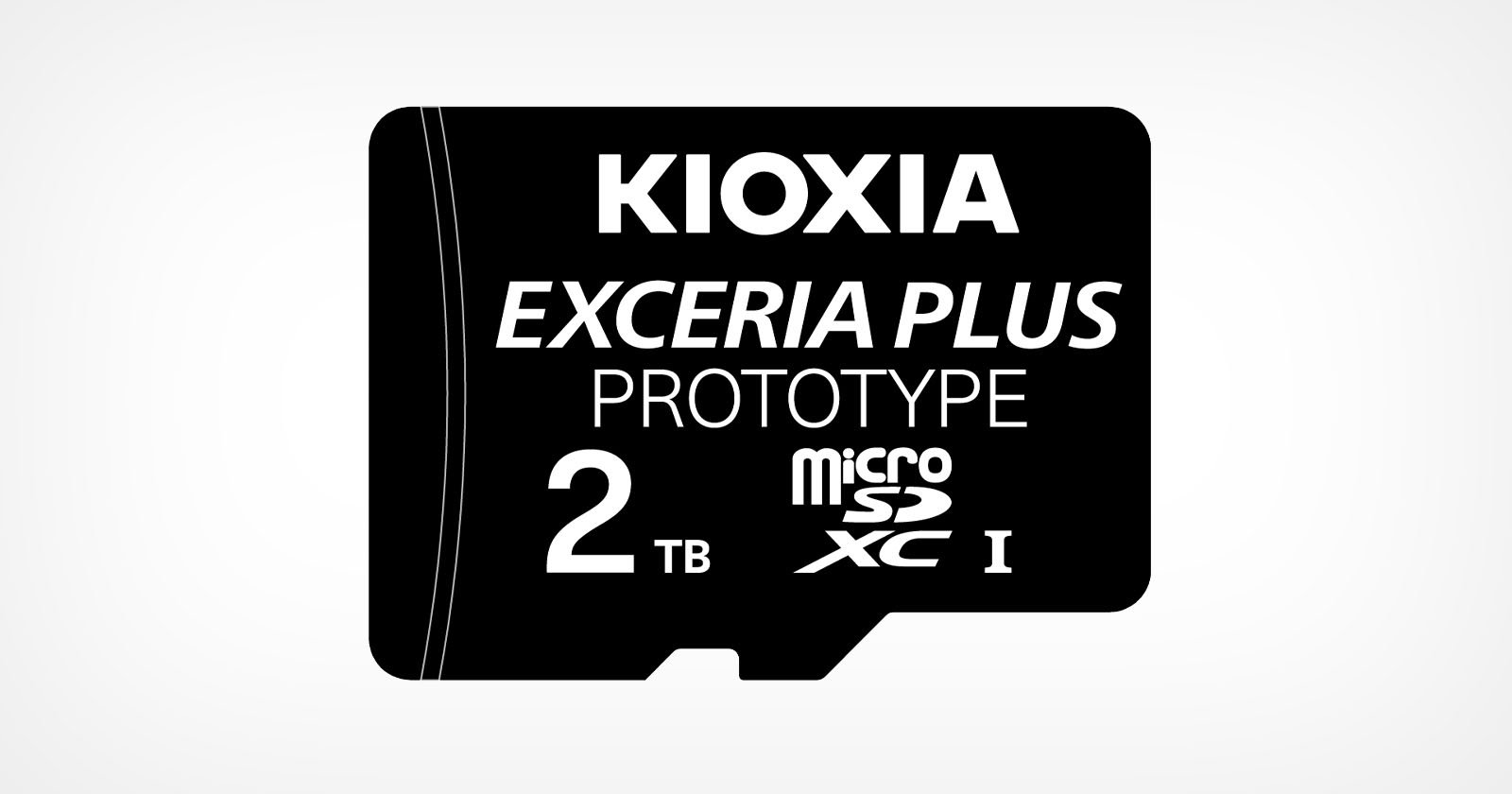 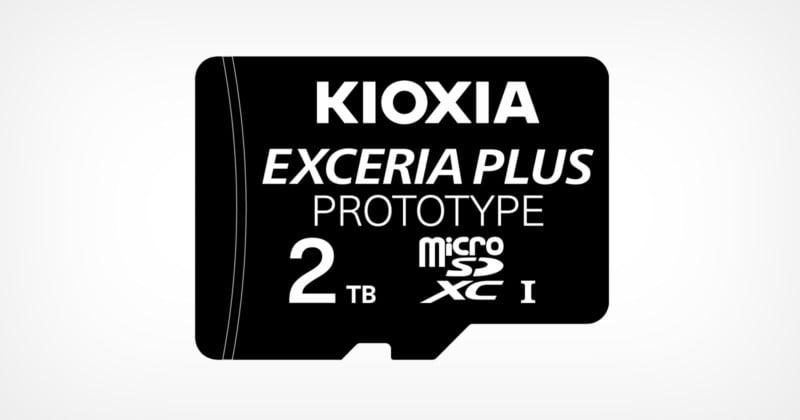 Kioxia says that it has “working prototypes” of a two-terabyte microSD card, the highest possible capacity for the format as outlined by the SD Association.

The company says that the system uses an “innovative” BiCS FLASH 3D memory and in-house designed controller that it has confirmed to work with the few prototypes that the company has thus far produced.

The 2TB capacity is the microSD card standard’s maximum density, but to this point, no manufacturer has successfully implemented it in a design despite the fact that the specification has been available from the SD Association for more than a decade.

Kioxia says that it was able to finally make the SD Association’s standard a reality thanks to what it describes as “proprietary manufacturing technology.” The new cards are built by stacking sixteen, one terabit dies of 3D flash memory at a maximum thickness of 0.8mm at the die mounting area.

Kioxia says that the huge capacity makes them well-suited for applications where a lot of storage is required, namely in smartphones, action cameras, and portable game consoles. While Kioxia doesn’t specifically state it, another use case — and probably the one where these will see the most deployment — is in security cameras or dash cams. That was, at least, Micron’s target when it announced the then highest capacity 1.5TB microSD card this past June.

That card, which is 500GB smaller than Kioxia’s proposed microSD, is able to store up to four months (or 120 days) of video security footage locally, eliminating the need to continuously upload footage to the cloud or require regular swapping of media in the camera.

Kioxia makes no promises on the longevity of this theoretical card, something Micron put specific emphasis on in its high capacity 1.5TB card, saying it was able to withstand continuous, 24-hour recording for five straight years. If Kioxia can’t come close to that kind of wear and tear, the additional 500GB likely won’t be worth it in exchange for a card that will die out faster.

It should be noted that while Kioxia hasn’t provided a lot of information about the card, it does note that it is a microSDXC UHS-I, which means this card might have a lot of capacity, but it won’t be particularly fast.

If it sounds like most of this is speculation, that’s because it is. Kioxia says it has created a working prototype and is ready to move it to mass production, but it doesn’t plan to do so until 2023. Detailed answers on what to expect from the Kioxia 2TB microSDXC cards, therefore, will have to wait until next year.

Legendary Surf Photographer Art Brewer Has Died
Green Screens Aren’t Bad, Most Just Don’t Know How to Use Them
HEIPI Tripod Now on IndieGoGo Despite Raising $1M on Kickstarter
The best gifts for photographers, according to the pros
How to Optimize Photoshop for Panoramas and Huge Files