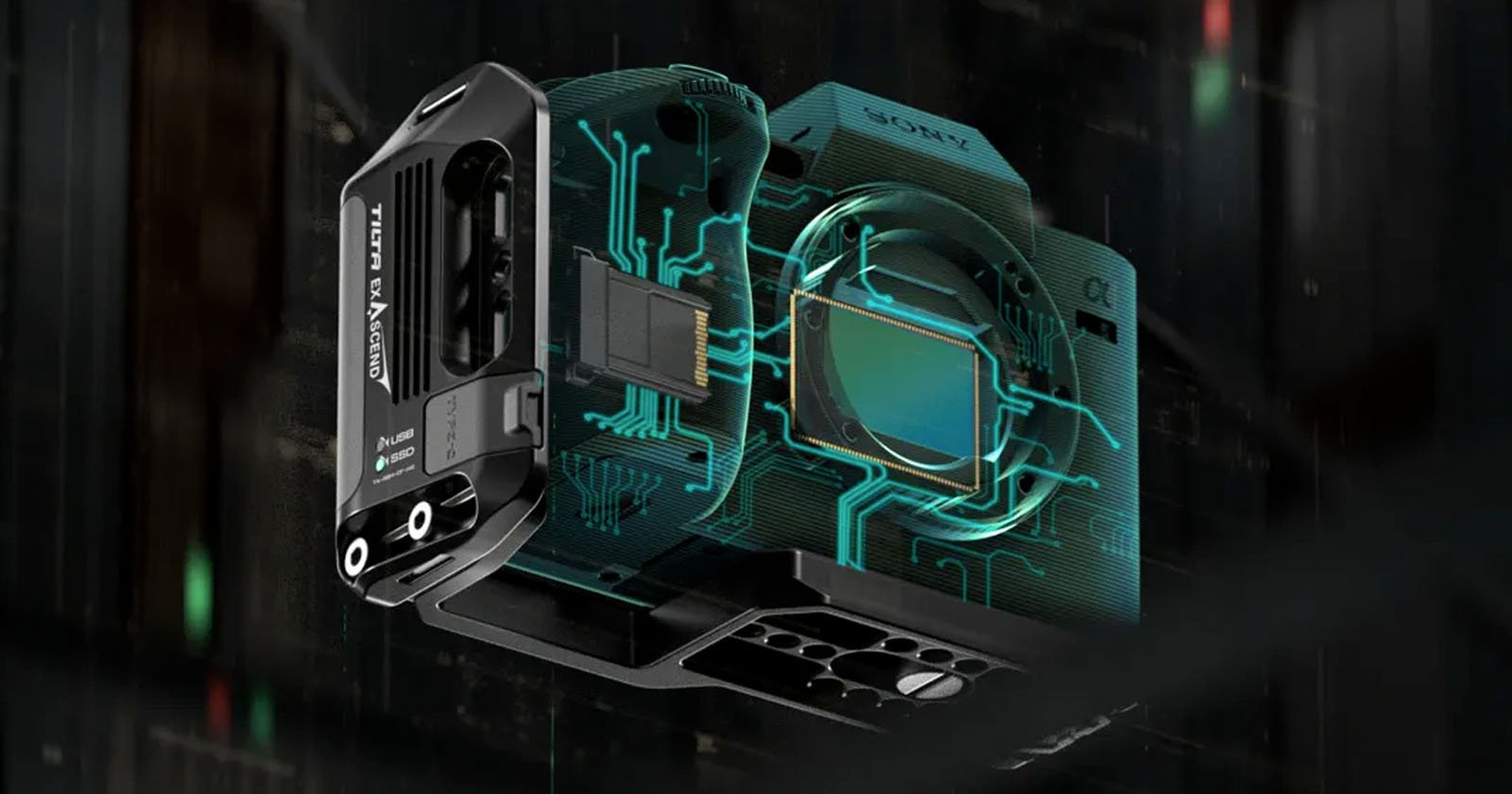 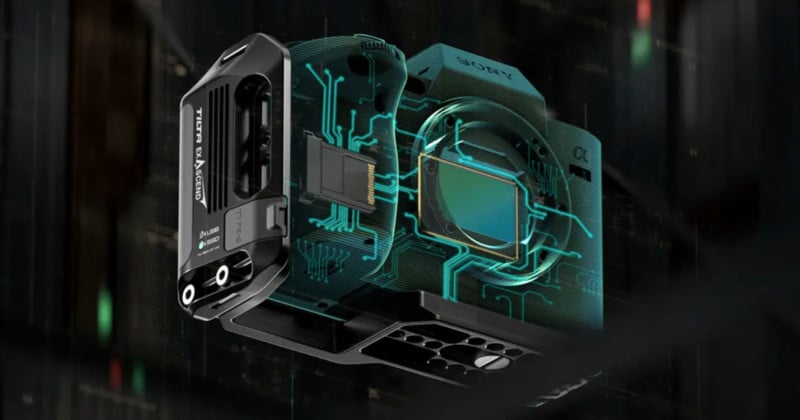 Tilta is rumored to be producing a half-cage-style grip for Sony cameras with CFexpress Type-A card ports will feature a fast M.2 512GB SSD USB 3.2 output and write speeds fast enough to handle any video format thrown at it.

According to its website, the Shenzen-based Tilta launched in 2010 as a photography and videography accessories manufacturer. It then branched out to develop and produce electronic-control accessories for cinematography. During the COVID pandemic, the company reported that its wireless control products, particularly the Float Handheld Gimbal Support System and Hydra Alien car-mounting system, allowed crews to operate with greater social distance and fewer people.

Tilta makes products for all the major cinema and mirrorless cameras, including cages, grips, supports, and more.

Details about this new grip were first shared on the Weibo social media channel CameraBeta and spotted by Sony Alpha Rumors. According to the product marketing materials, this grip has an integrated CFexpress Type-A adapter to store data on its integrated 512GB M.2 SSD. Current Sony cameras only require the speeds supported by CFexpress during video recording in only one format, the 4K 120p XAVC S-I compression setting. All other video codexes are compatible with high-speed SD cards. The company claims its CFexpress adapter has write speeds of 700MB/s (megabyte per second), which is the same as Sony’s own cards, so the new Titla cage should be able to record all video formats.

Data transfer comes via a USB 3.2 Gen 2×2 port on the front of the grip. This USB standard can transfer data at a theoretical maximum of 20Gbps (gigabit per second), more than enough to handle the 800MB/s read speeds from the 512GB SSD.

As depicted, the grip has a cutout on the bottom to allow for each battery change and a status light shows when the drive reads or writes data. The grip will supposedly come with a wrist strap and a silicone grip cover, DPReview notes. 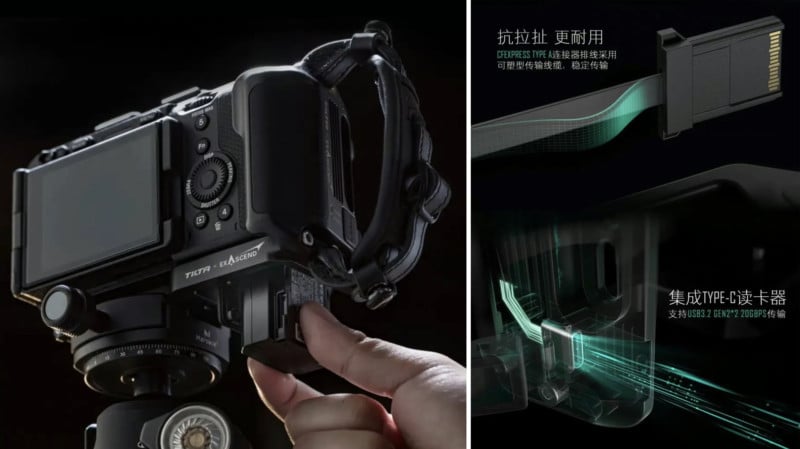 As the product is yet to be announced, neither shipping time nor price was available at the time of publication, but the marketing materials suggest a price of ¥4,500, which comes out to just under $700.