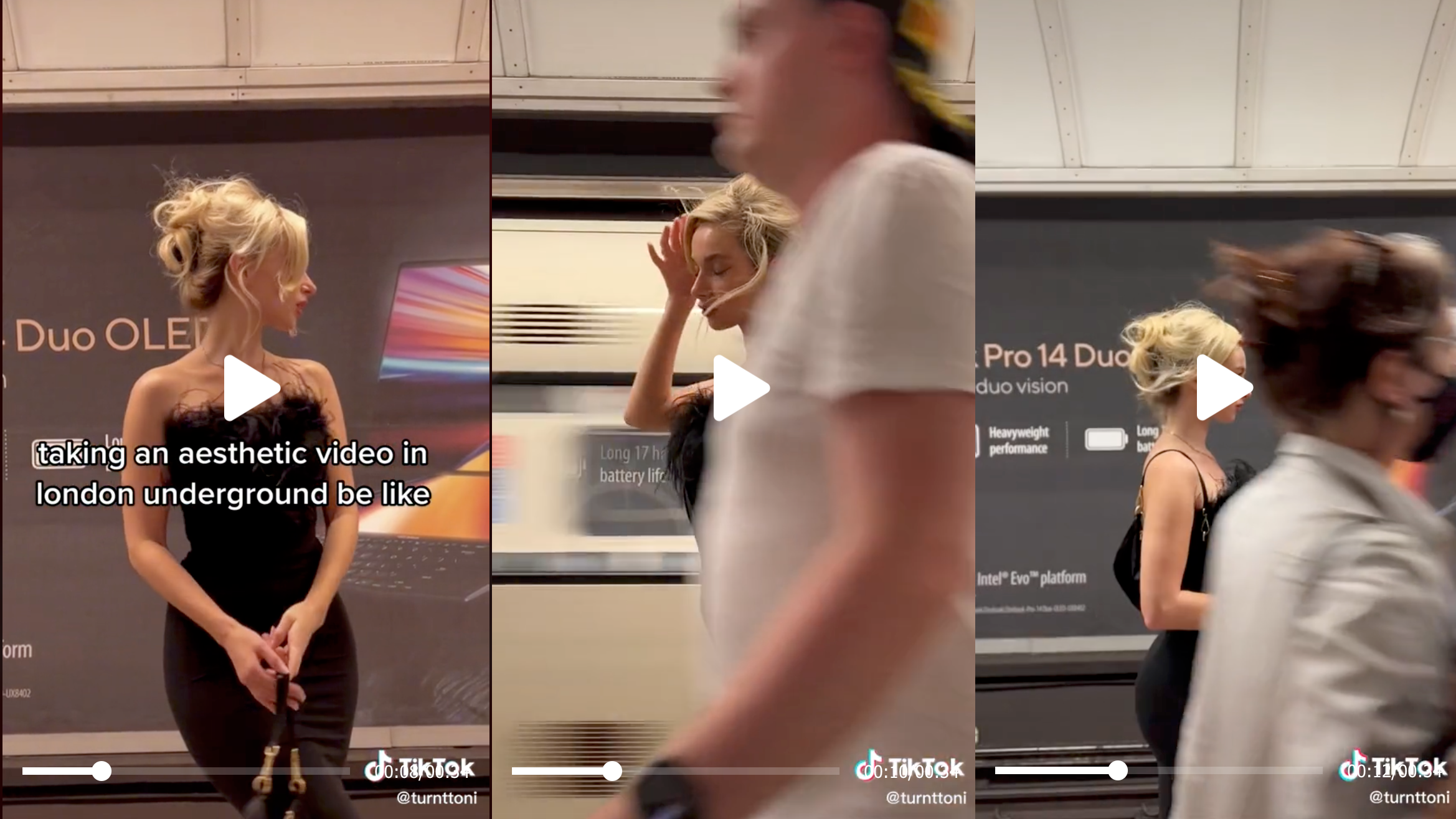 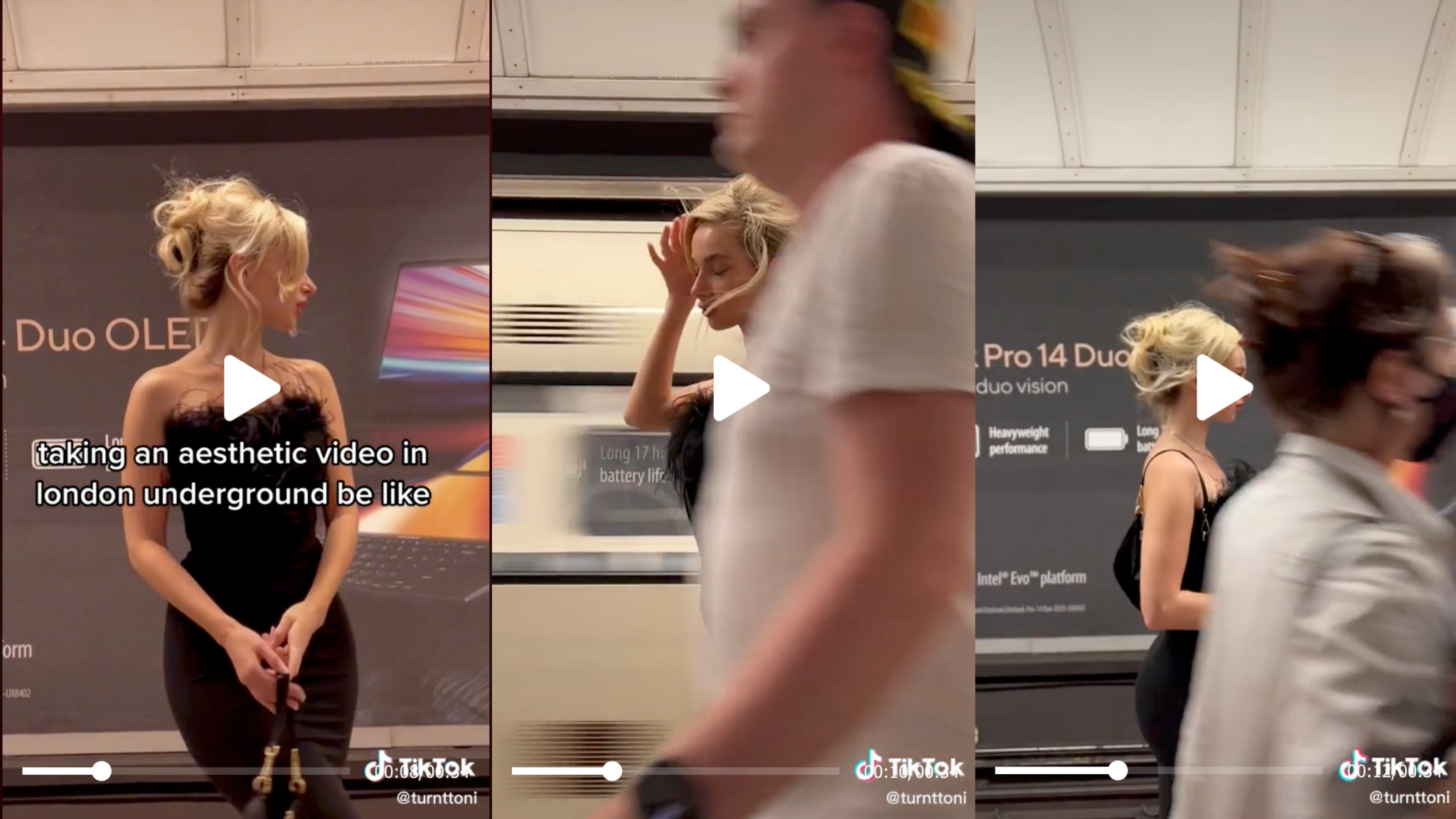 A video of an Instagram model trying to shoot a video in a busy London Underground station has sparked an online debate about photo and video shoots in public places. The video shows the finished video for social media versus what it took to shoot it, with passers-by continually getting in the shot. The model is visibly getting more and more frustrated.

Model and influencer Antonia Freya Lydia was trying to shoot a video of her wearing a black cocktail dress with the tube train rushing past in the background. It’s actually kind of a cool, idea, particularly when put with Kate Bush’s 80s hit “running up that Hill” which leapt to fame again due to Netflix’s Stranger Things.

But as any photographer or filmmaker knows, shooting in a public place requires massive amounts of patience if you’re not big-time enough to close streets down.

In the Behind the Scenes video, we see Antonia getting more and more frustrated by people walking between her and the camera, effectively messing up her shot. What should have taken 30 seconds to shoot took far longer because of this. But despite all this, admittedly she does seem to be laughing it off.

However, we must remember that the London Underground has narrow platforms in many of its stations, and people may not have had a choice. If you’re shooting in public spaces without a permit, particularly with no one manning the camera, you have to expect interruptions as people go about their daily lives. The London tube carries 5 million passenger journeys a day! So you can understand then, even if Antonia was shooting at an off-peak time that this would be an issue.

But of course, the internet is not always a kind place. Several commenters openly condemn Antonia for being ‘entitled’. One TikToker @itsprestonlr even went as far as to create a response video further condemning her.

“Do you expect people to wait? They’re trying to get to work,” he says. “Like some people have real jobs. This is ridiculous,” he adds.

please forgive these people for ruining your photoshoot

Personally, I’ve done plenty of shoots in public spaces. Most of the time people notice and avoid walking in front of the camera or politely wait and I have to wave them through. It’s not really a problem I’ve had. However, I generally get permission where necessary and will avoid shooting at busy times of the day.

The issue is, that many of these Instagram models are shooting footage of themselves. Often there is no one manning the camera. That in itself makes a quick 5-minute reel turn into something far longer.

My biggest problem with Antonia’s video is actually the mediocre lighting. This could be a killer video if it was actually done with some better lighting and a little more time and creativity. But alas, social media doesn’t want beautiful thoughtful creativity, it just wants quantity.

What do you think? Was she being entitled or is she right to get frustrated?