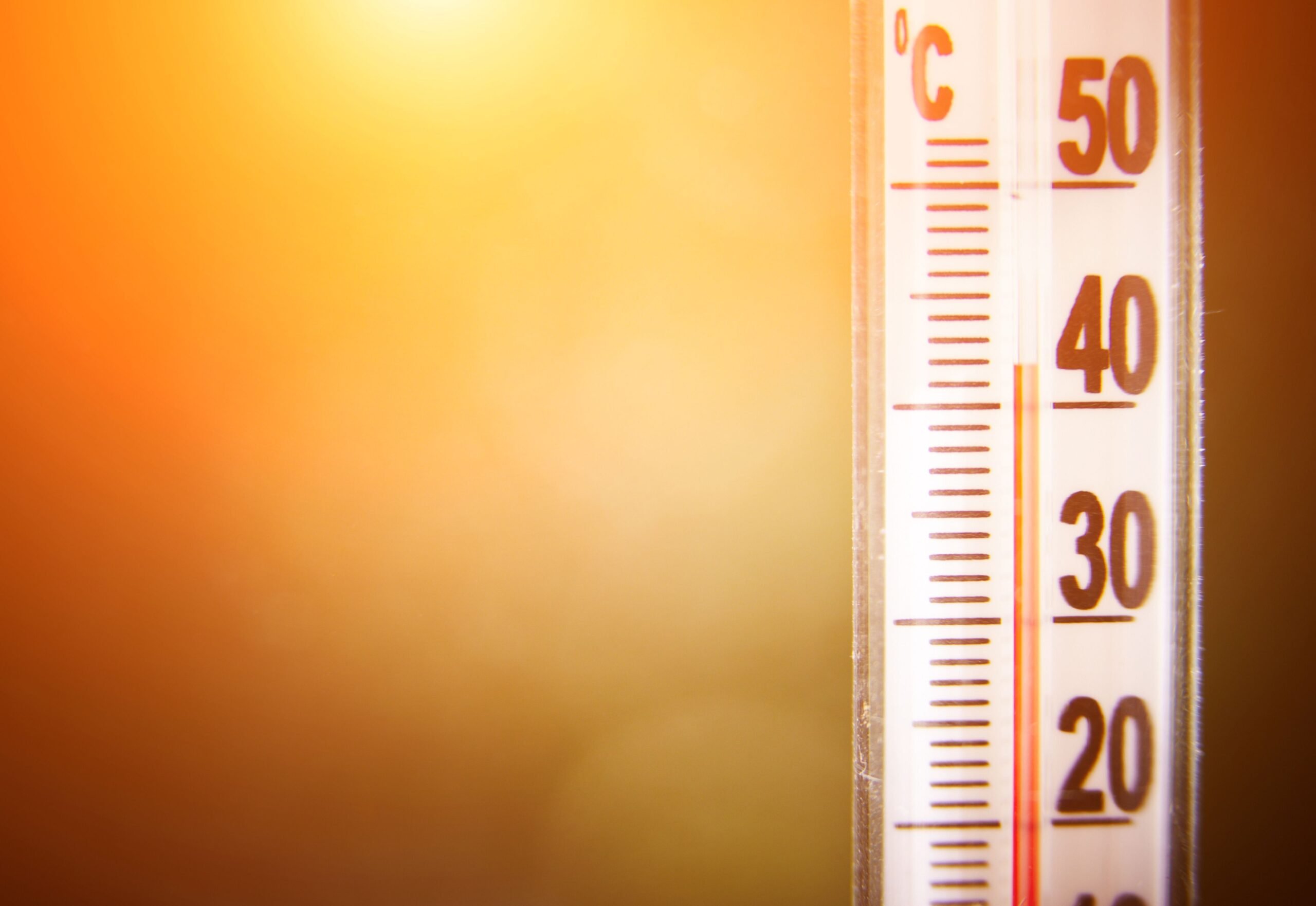 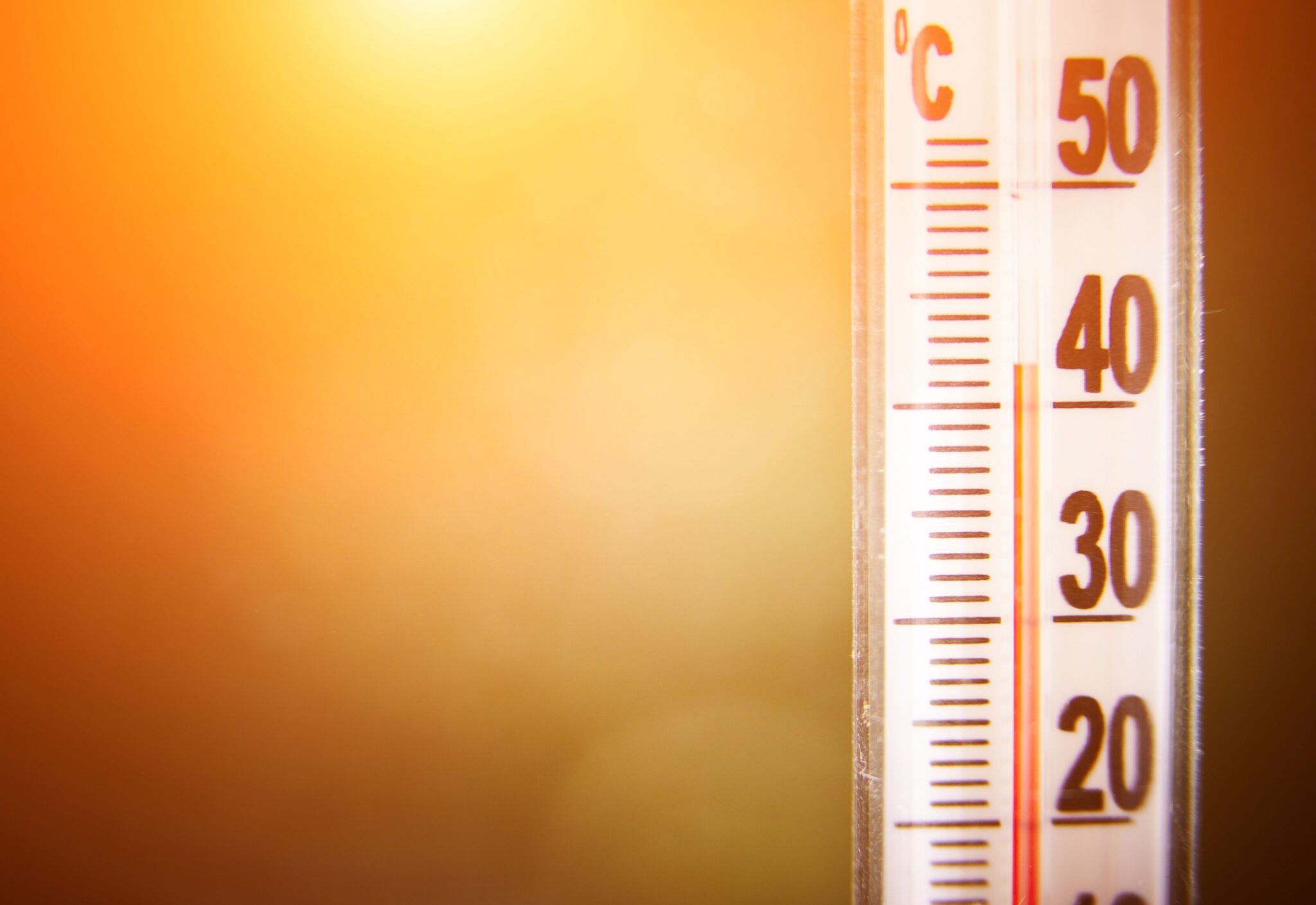 My computer melted. I mean, not like Salvador-Dali-liquid-clocks-style melted, but the internal components. The bits that made it go. I had closed my apartment up for a few weeks to travel that summer. It was a first-floor apartment in the historic old town. Idyllic narrow streets and no air conditioning. That year the temperatures were hovering around 40° celsius, not so different from now.

It has been a record-breaking summer for many parts of the world. The UK just recorded its highest temperature ever, at a brain-melting 40.3° C. Spain, France and Portugal are currently on their third heat wave of the season with wildfires burning. Heat warnings have been issued in Canada, Japan had its worst heatwave since records began, and even Alaska is on fire. Glaciers have collapsed in Italy. We all know to watch out for the elderly and the very young during heat waves, but do you know how to look after your electronic devices too?

I don’t mean to sound flippant there. Of course, human lives are far more important than that of our iPhone 13. However, these devices are not only expensive but often help us to earn a living. Particularly as photographers it would do us well to try to look after them in extreme heat. To put it bluntly, it is getting too hot to use our electronic devices outside.

Every electronic device actually has a built-in fail-safe slow down which gets triggered when temperatures get too high. For many devices that’s anywhere above 35°C (95° Fahrenheit). For many, the chips will shut down beyond 40°C (100°F).

Steam Deck, a handheld games console even Tweeted advice to its customers, warning them to keep it out of the sun. Apple warns “Using an iOS or iPadOS device in very hot conditions can permanently shorten battery life.”

For our friends in the midst of a heatwave, a quick note about Steam Deck in high temperatures. Steam Deck performs at its best in ambient temperatures between 0° and 35° C. If the temperature gets higher than this, Steam Deck may start to throttle performance to protect itself. Outside shade temperatures have been hitting above that, so any phone or mirrorless camera left inside a car could reach temperatures far exceeding 40C. If you’ve noticed your phone is a bit sluggish lately it probably isn’t just in your imagination.

And it’s not just your own personal devices either. The Register reported that buildings hosting both Oracle and Google cloud servers in the UK failed to manage temperature spikes causing shutdowns this week.

I’ve taken my DSLRs to some fairly hot places, both humid and arid. I never had an issue with my Canon 7D functioning in the rainforests of Borneo, nor my 6D camping in the Arizona desert in July (yeah, wouldn’t recommend, a bit too hot!). But mirrorless cameras are a little more finicky. Nikon Z mirrorless cameras have an operating temperature range of 0°C to 40°C once again. Makes sense really, since all the companies are pretty much using the same chips. Add the fact that most camera bodies are black, and you can easily have some overheating issues in the current heat waves.

So how can you keep your camera cool and still enjoy photography when the weather becomes extreme? I have a few ideas, from years of living in Spain with no air conditioning.

Avoid the middle of the day, embrace siesta

Get up early and shoot the sunrise, then retreat to somewhere cooler during the hottest parts of the day. There’s a reason why many Mediterranean countries enjoy a lengthy siesta and lunchtime. It is simply too hot to function. Take a nap, lie down, read a book, find some breeze, or go for a swim. Then in the evening go back out again and shoot the night sky when it’s cooler. You’ve had a nap. you can stay up late!

RED cameras are well known for their overheating issues which then set their noisy fans in motion. Terrible for recording audio! As a workaround then, you’ll often see camera operators using cool gel packs on the cameras in a bid to keep them cool. I’m not sure how this would work on smaller mirrorless cameras but it’s an idea!

I avoid outdoors photo shoots in Spain from late June to around early September. It just isn’t worth it. The subjects melt, everyone is hot and grumpy and makes mistakes, and no one is having fun. The solution? Shoot indoors. You can even fake a sunny outdoors look if necessary. Find places with air conditioning to shoot. The supermarket is a favourite place of mine in summer when I need to cool down (actually not even joking). I’m yet to do a shoot in one, but hey, never say never. That freezer aisle though!

If you must shoot outside, you can bring some shade with you, or find some. Anything will help, although anything over 85% humidity and you’ll be running back indoors quickly. Once again, avoid the hottest parts of the day. The light’s rubbish anyway.

Not as a fashion statement, but we all know that white reflects light. And will therefore keep your equipment cooler than a dark-coloured bag will. So look cool and stay cool with light-coloured equipment bags.

Look after your subject and team

It should go without saying that you need to keep everyone safe and allocate a lot more water than you’d imagine in these temperatures. Having someone whose job is just to look after everyone’s welfare could be a great idea as it’s easy to get hyper-focused and forget about things like regular breaks, time out to cool down and staying properly hydrated.

I don’t want to be a doomsayer, but it’s likely that these unprecedented high temperatures and heatwaves are going to become more and more frequent in the years to come. It will have an impact on all of our lives, in ways we probably haven’t yet anticipated.

So back to my poor old melted computer. I took it to get repaired and the guy fixing it said that he’d seen that happen quite a lot. It wasn’t that unusual an occurrence, living here in Spain. Heed that as a warning.

Legendary Surf Photographer Art Brewer Has Died
Watch: Five topics broken down to help you film yourself outside on location
Facebook Dating Will Verify Your Age with a Face Scan
Logitech Blue Sona XLR Microphone Review: It Hits Every Note
The SanDisk Professional PRO-G40 SSD is the Ideal 4K/6K Video Working Drive