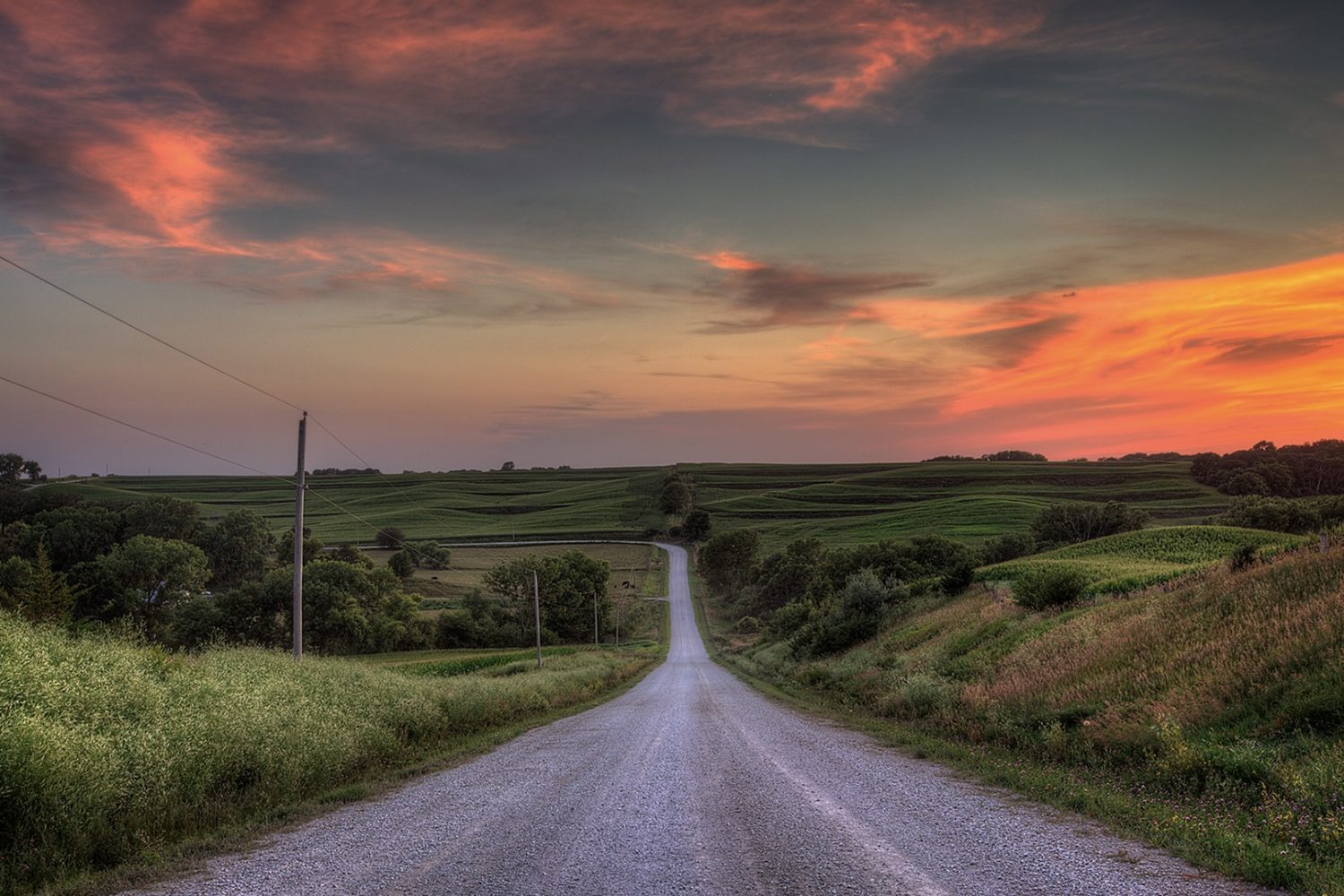 Within the 500px collection on Getty Images, some of the most popular photographs include landscapes: wild yaks traversing the terrain of Ladakh, India; a lush river bend or a panoramic view of the mountains in Germany; the peaks of New Zealand; a peaceful lake in the Dolomites; a waterfall tucked away in the forests of Pennsylvania.

In 2021, more than 297 million people visited national parks in the United States alone, with 44 of those parks shattering previous records. In the last few years, even those living in cities have flocked to natural spaces, from gardens to waterfront parks. The pandemic, coupled with the realities of the climate crisis, has encouraged many of us to find beauty in vast and wild landscapes. And this movement isn’t slowing down anytime soon.

Nature and landscape photography is an enduring genre, both in the fine arts and commercial media. “These are a hallmark in advertising and sell again and again,” the 500px team shares. Here are six simple tips for Licensing Contributors shooting landscapes, from framing your shot to curating your final selections. 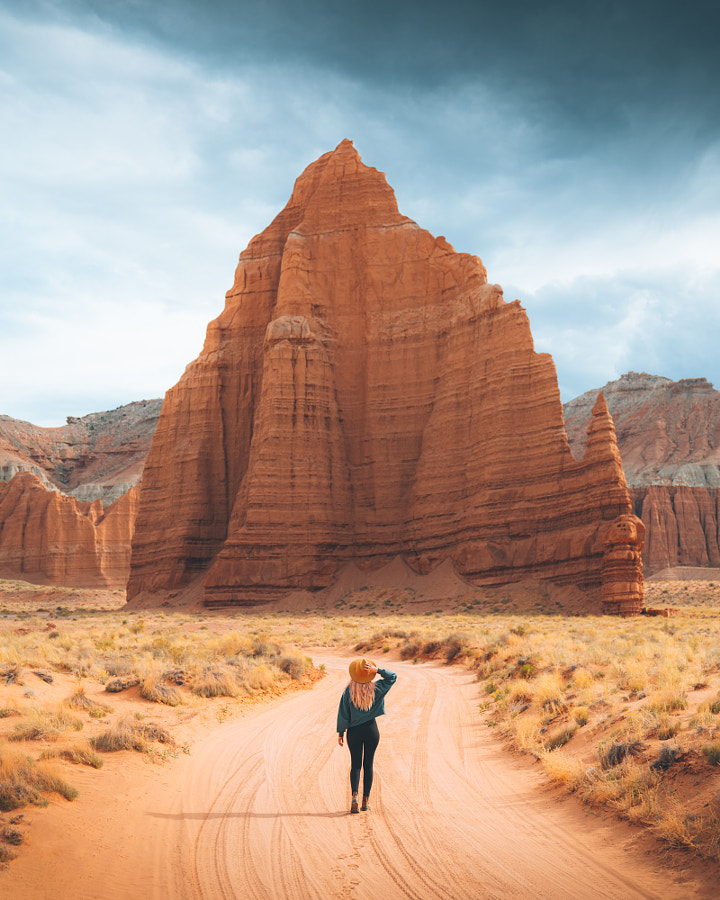 As cited by Getty Images in a recent trend report, Grand Teton National Park experienced 30% more visitors in May 2021 when compared to May 2019. Additionally, trail usage grew by 70%, camping by 93%, and backcountry camping by 117%. A report from American Express Travel, released this year, revealed that 40% of global respondents are interested in visiting national parks, while 34% were interested in participating in outdoor activities.

In 2020, Getty Images saw a 766% increase in “searches relating to people in/and the environment.” The last two years of the pandemic have encouraged us to shift our focus from crowded cities to verdant landscapes, and today’s travelers continue to seek out experiences that bring them closer to nature. In turn, demand for pictures that show not only the landscape—but also the people inhabiting it—remains high. 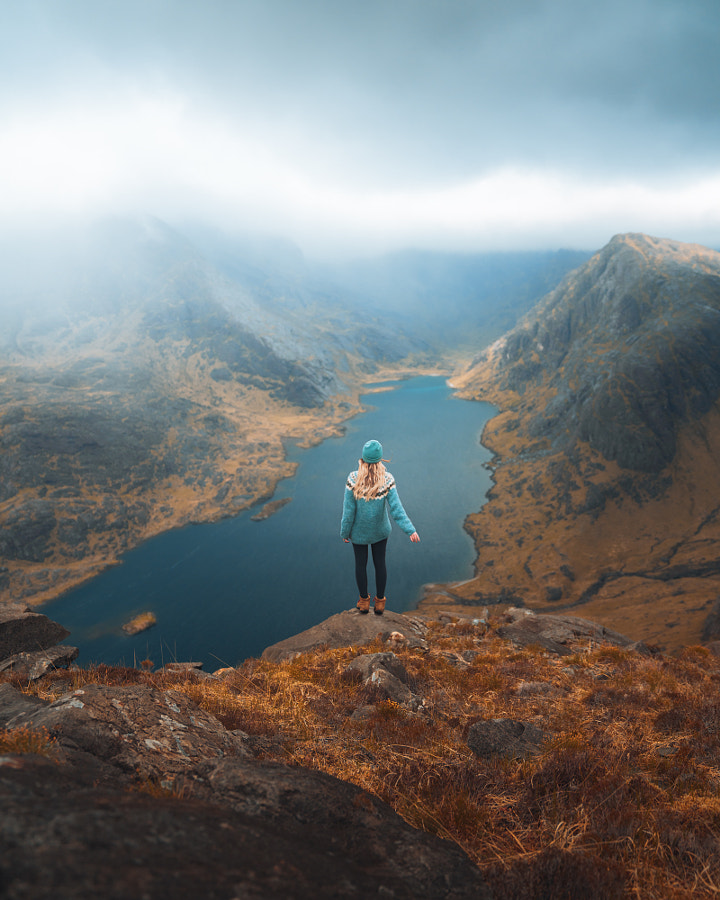 Whether you’re photographing family travel or solo adventures (according to American Express Travel, 58% of millennials are willing to travel alone to visit their dream destinations), including people in your portfolio helps tell the larger story of a place, its natural wonders, and the experiences waiting for us there.

Your model can be nearby or in the distance, and you don’t always have to include their face. “Landscapes that incorporate a figure help audiences to place themselves within the scene, especially when the figure is anonymous,” the 500px team says. In fact, research from 500px revealed that 85% of the best-selling photos of people that they analyzed featured people looking away from—rather than at—the camera. 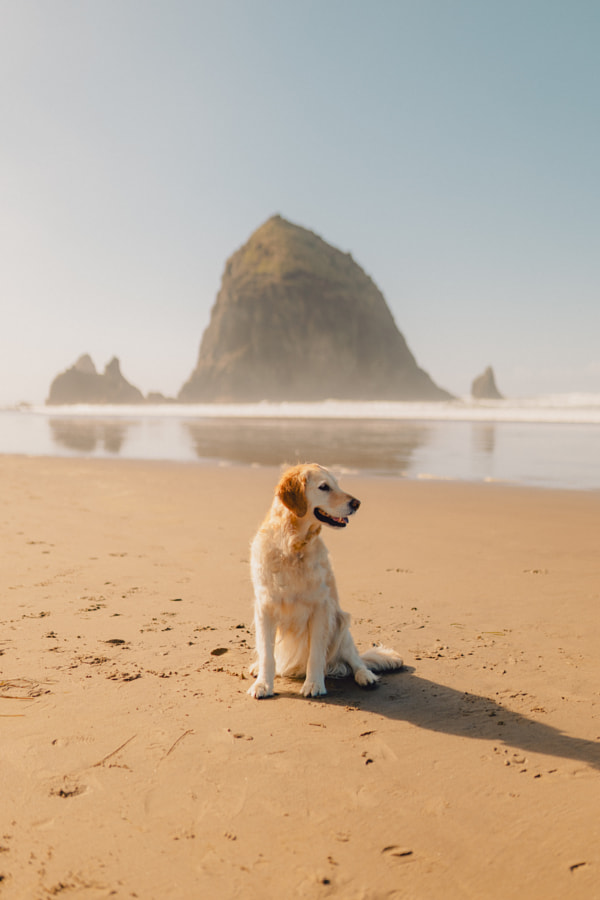 Your model doesn’t have to be human to transport us into a faraway landscape; on 500px, Sam Brockway has included his dog on adventures throughout the storied landscapes of the American West, while Iza Lyson has brought her dogs to stunning vistas throughout Norway, the Dolomites, and beyond.

As part of their 2022 Travel Trend Report, Vrbo shared that they’d seen a 40% boost in searches for pet-friendly vacation rentals, while 68% of pet owners reported that they have, plan to, or would like to travel with their pets. So, if you’re visiting a dog-friendly landscape, consider bringing your best friend along for the adventure.

(Of course, celebrating local wildlife also works, from birds to mammals and beyond. Just make sure to follow ethical practices for photographing animals.) 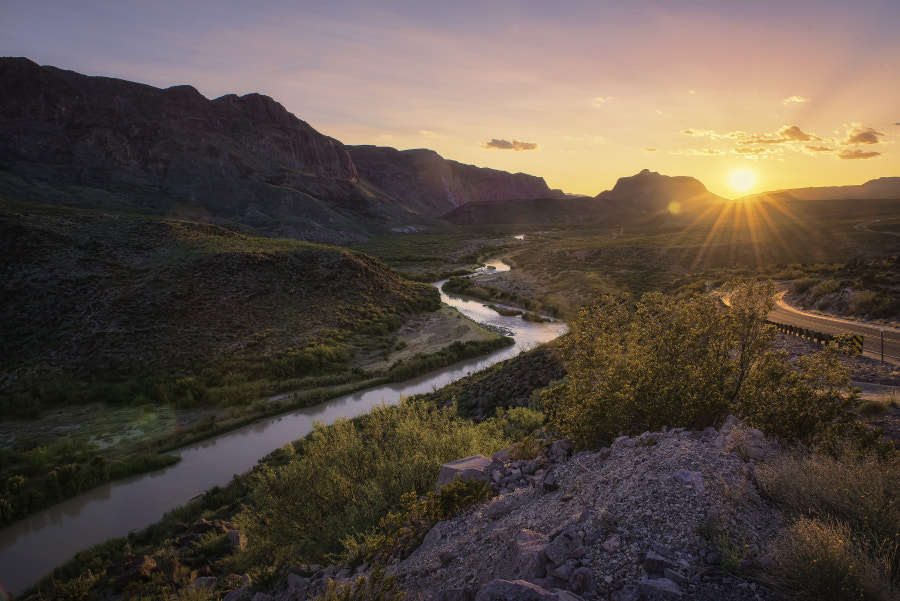 As the 500px team recently observed, most of the best-selling images they analyzed were created at dawn or dusk. “Midday shots, studio shots, and harsh light simply don’t sell as well,” they shared. “We’ve had major buyers—we’re talking companies that are buying hundreds of images at a time—specifically ask for only dawn or dusk photos.” 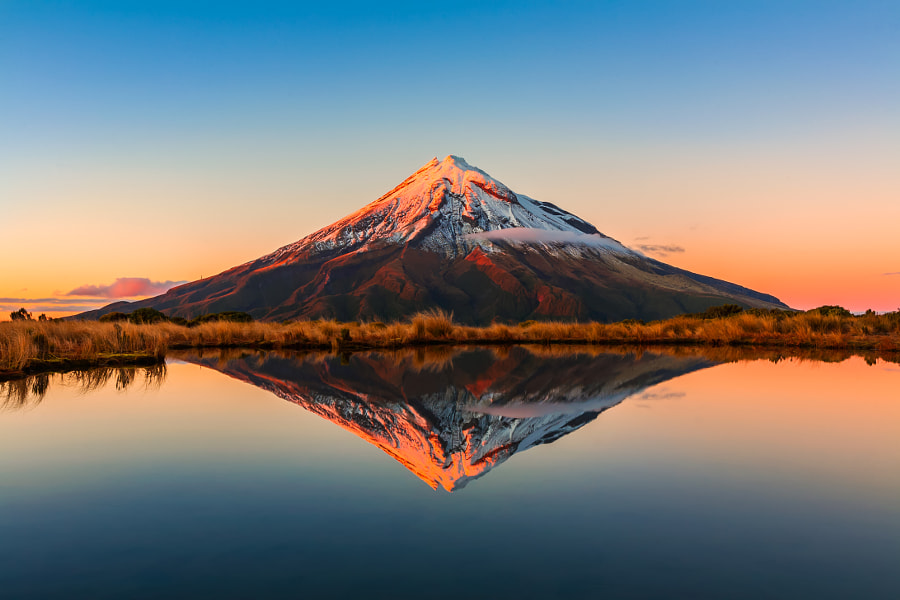 A look through the most popular photographs in the 500px collection on Getty Images supports the idea that this principle carries over into landscape photography as well, which makes sense given the genre’s affinity for the “golden hour.” Todd Leckie overlooks the winding Rio Grande river at sunset, and Ronnie Li captures dawn at New Zealand’s Mt Taranaki. Meanwhile, Vath. Sok transports us to an open road in Iowa, the sun blazing in the sky overhead.

(The golden hour is also the perfect time to experiment with silhouettes, which have that “anonymous” factor that appeals to buyers.) 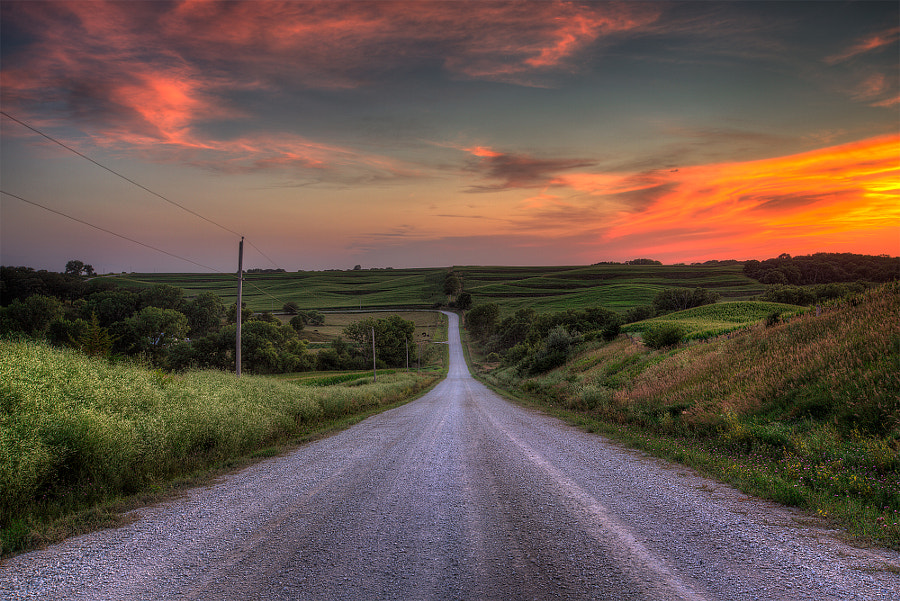 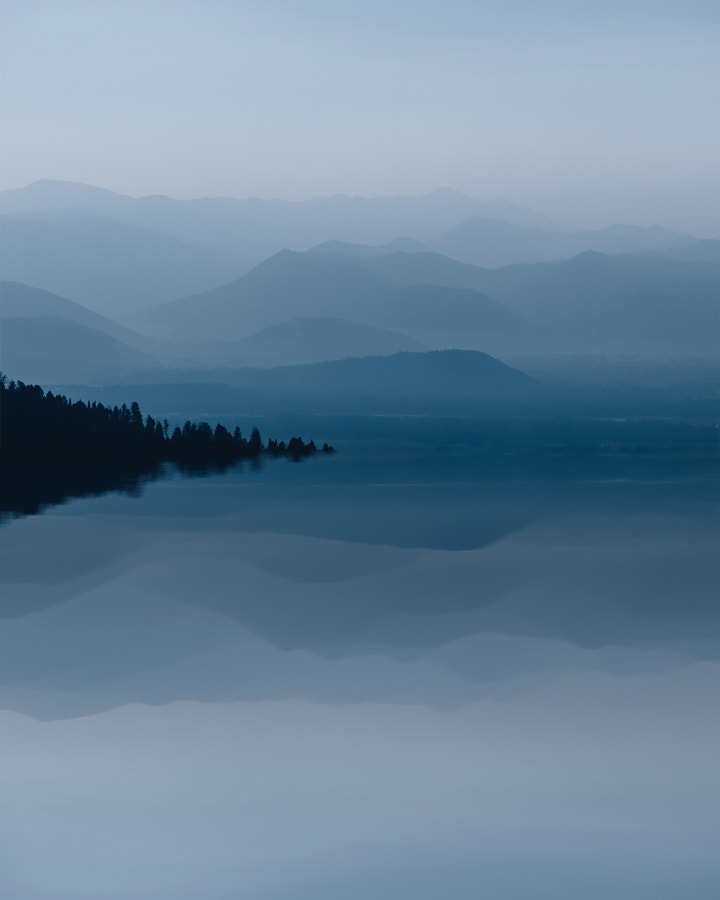 Data from 500px further reveals that wide shots tend to sell better than close-ups. Among the best-selling photos of people that they analyzed, 72% were wide shots, while mid-shots accounted for 16% and close-ups for 12%. Designers and marketers understand the power of negative space, using it frequently to add their own messaging or copy, so use it to your advantage when shooting for Licensing.

“Typically, content buyers will need to crop and edit content to suit their creative needs, so shooting wide allows for flexibility,” the team at 500px shares. Jill Li, the Brand Designer at 500px, recently shared with us that she’s drawn especially to images with “intentional empty space” and “clean backgrounds.” In landscape photography, negative space can include an open sky, a still and serene lake, or any other natural element that introduces “breathing room” around your main subject. 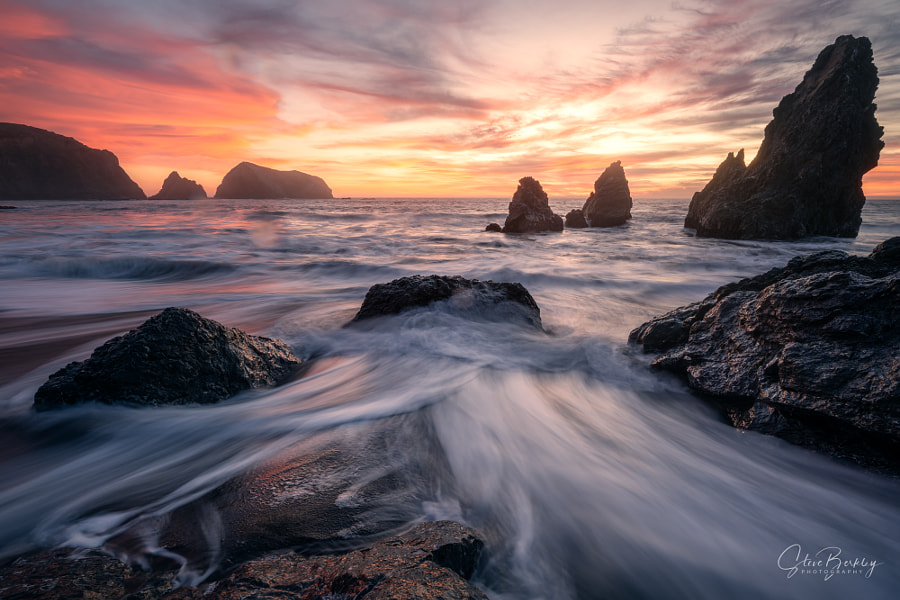 This spring, research from Booking.com revealed that 71% of global travelers want to travel more sustainably this year, with half saying that news about climate change influenced their decision. What’s more, 59% said they wanted to leave the places they visited better than they found them.

While we might all long for “unspoiled” views of the natural world, our planet is threatened by human activity, and it’s critical to do everything we can to minimize our impact. For photographers, that includes seeking out destinations that follow sustainable practices and locations that give back to the environment, whether it’s through local conservation programs or “green tourism” community projects. Over on Getty Images, searches for “sustainability” rose by 111% over the last year, regularly showing up as a top search term.

(If you’re traveling yourself, opt for sustainable accommodations. When visiting a park, stick to the designated trails, and follow the rules. Keep your distance from wildlife, and avoid unethical practices like baiting. As the old saying goes, “Take nothing but pictures.”) 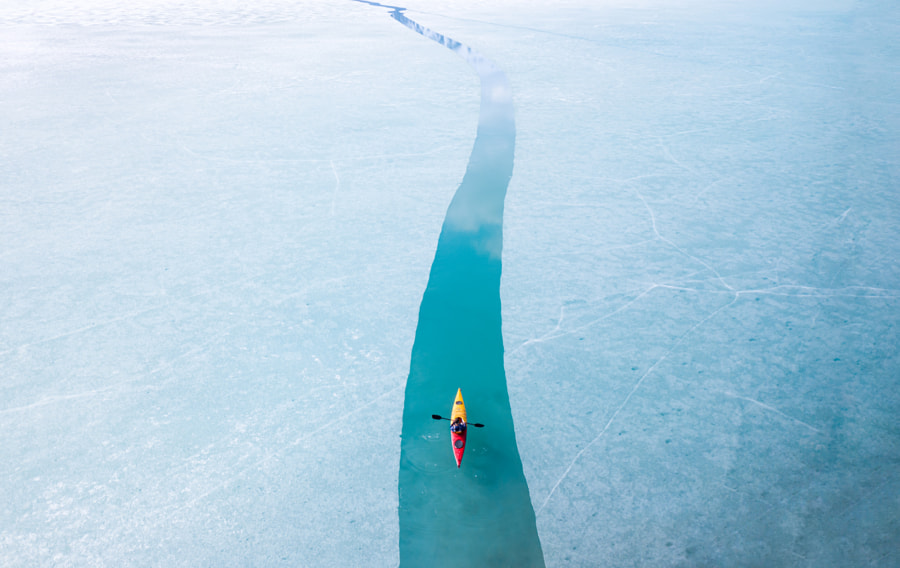 Tip #6: Evoke a sense of adventure

Recent research from Booking.com also found that 33% of travelers globally already chose to travel “outside of peak season” to curb overcrowding, and 40% said they’d be willing to do so exclusively. 27% reported that they’d chosen a “less popular” travel destination for the same reason, and 64% said they would do so “to ensure a more even dispersal of the impact and benefits.”

As awareness grows around the dangers of overcrowding, some have sought more sustainable destinations closer to home, while others have found hidden gems beyond the beaten path. You don’t have to travel halfway around the world to capture magnificent landscapes; they might exist in your own backyard, giving you access others don’t have. These lesser-known spots are perfect for inspiring wanderlust and creating a sense of adventure—especially if you can camp there and wake up to see the sunrise. “Landscapes that give the viewer a sense of exploration are highly desirable to content buyers and consumers,” the 500px team tells us. “They’re also popular during the summer months, as travel and camping become more popular. In that vein, adding in elements such as tents, campers, or campfires help to bring in a human element that helps the viewer visualize their own adventure.”

Green Screens Aren’t Bad, Most Just Don’t Know How to Use Them
Facebook Dating Will Verify Your Age with a Face Scan
DJI Mavic 3 Classic Review: DJI’s Most Compelling Drone Right Now
Orion Spacecraft Snaps Close Flyby Photo of the Moon on its Way Home
Haukland Photography Jacket Review: Snug as a Bug with Pockets Galore