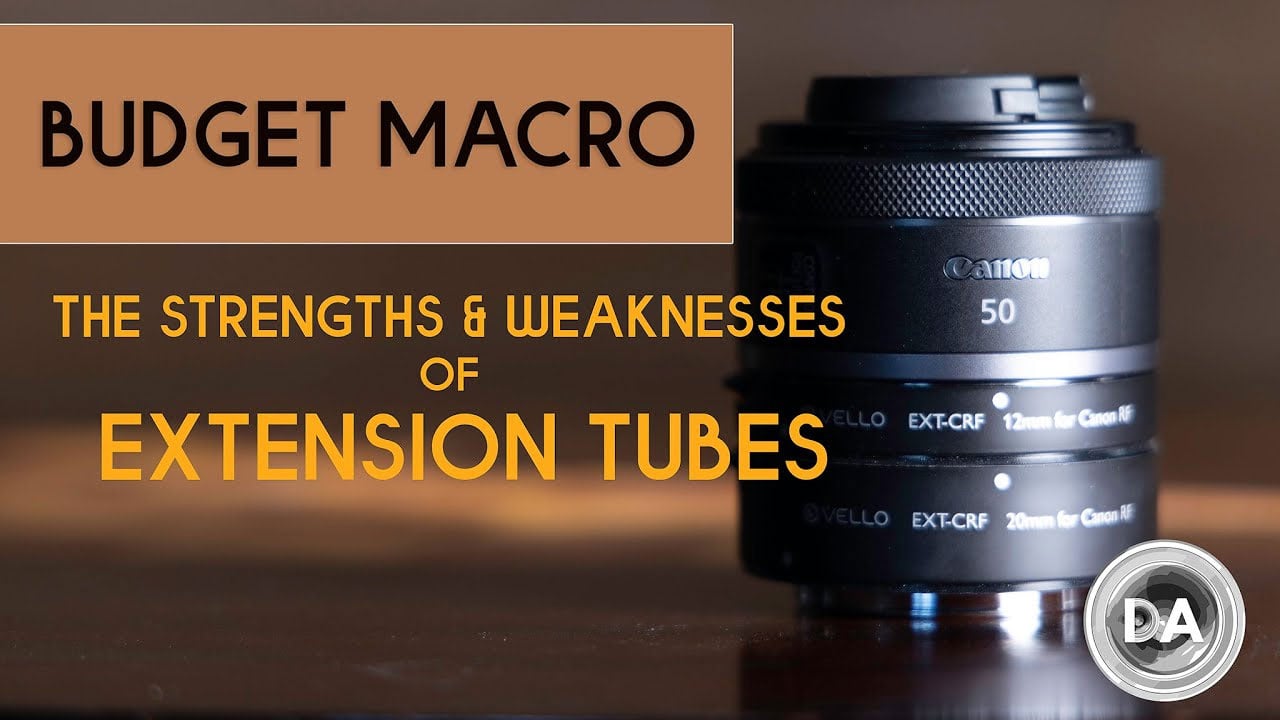 If you’ve always thought about dabbling in macro (and let’s face it, that’s most of us) but really can’t justify going out and spending a fortune on the usual (expensive) popular macro lenses out there like the Canon 100mm f/2.8 or Nikon 105mm f/2.8, then you’re just plain out of luck, right? Well, no. Of course, there are other third-party macro lens options out there with varying levels of ability but there are also extension tubes.

Extension tubes sit between the camera and the lenses you already own in order to turn just about any lens into a macro lens. And in this video, Dustin Abbott walks us through how we can use extension tubes to shoot macro as well as the pros and cons of using them rather than a “real” macro lens.

The great thing about extension tubes is that they’re inexpensive. They’re easily accessible (there are a million of them on Amazon) and they often allow you to still access things like aperture control and autofocus, keeping electronic communication with the lens. And if you’ve got some old fully manual lenses like Nikon F or M42 that don’t need any kind of electronic communication to function, there are many sets out there that will let you easily adapt one format to another.

Extension tubes were my own introduction to macro far more years back than I care to remember. I’ve since picked up a couple of nice macro lenses that I love to use but I still grab those extension tubes sometimes and it’s always worth having a set or two in your kit for when you need them. I mean, if you’ve got some really good glass that isn’t macro but you want to use it to shoot macro, it seems like an awful waste to not have a way to use it!

Plus, you can stack extension tubes with actual macro lenses, too, letting you get even greater magnification ratios. You do need an awful lot of light, though!