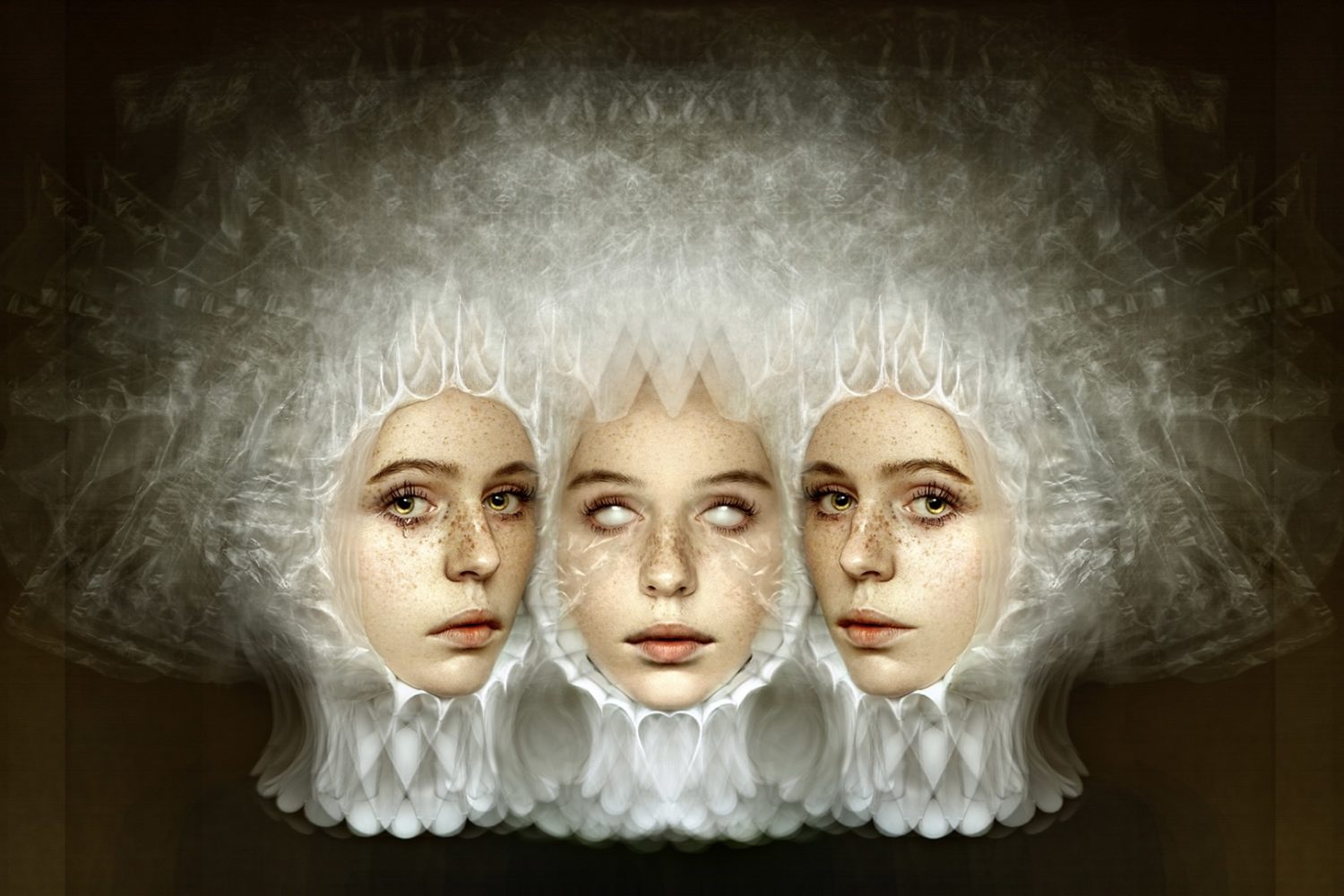 Earlier this year, the renowned Los Angeles photographer Parker Day collaborated with the NFT platform Quantum Art to bring her project ICONS to the blockchain. Featuring 200 portraits, the playful series saw Day collaborate with models to bring different “personas” or characters to life. The collection sold out quickly, with many collectors immediately identifying with their characters and using them as profile pictures on social media.

From CryptoPunks to Bored Ape Yacht Club, we’ve already seen how profoundly collectors respond to and interact with NFT collections like these, based on characters with unique traits. Part of what makes collections like CryptoPunks and BAYC so valuable is that these tokens can become a part of how we express ourselves online; some have said that their apes, for instance, have “almost become their identities” in the virtual space, giving them worth far beyond the financial investment. When one collector, named Richerd, was offered $9.5 for his CryptoPunk, he famously declined because of his emotional connection to the Punk. 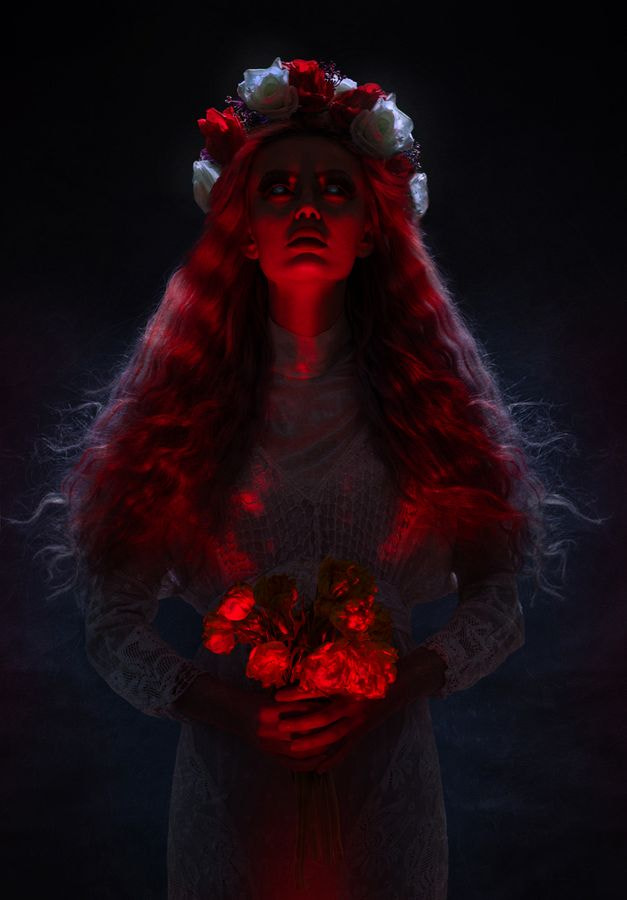 Meanwhile, Gary Vaynerchuk, a fan of character creation through art, entered the scene early on with VeeFriends, an NFT project based on his doodled characters, from bears to Bassett Hounds. He was inspired, in part, by his love of Disney, creating a new generation of branded characters similar to, say, Mickey Mouse. 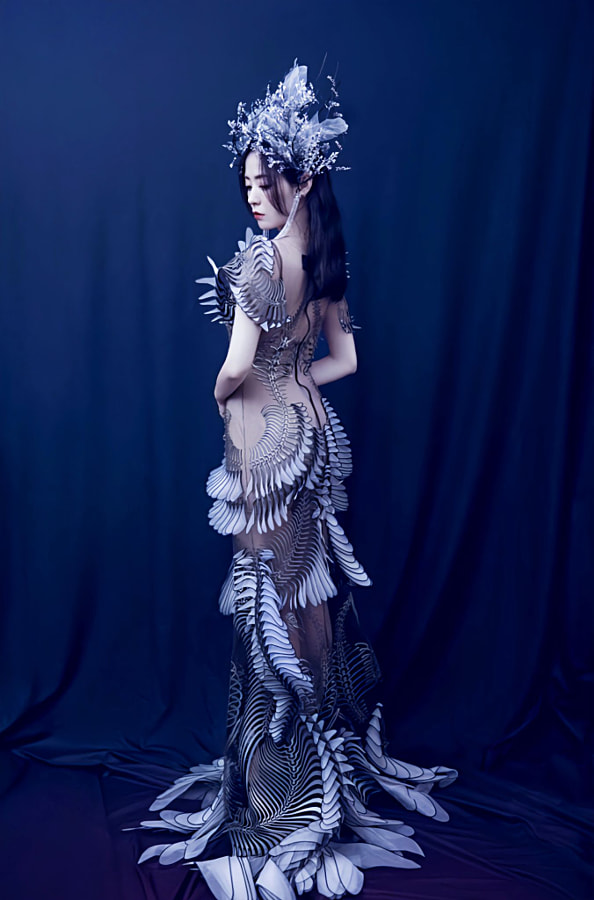 As we enter the “metaverse,” digital avatars will take on a new layer of significance. So far, we’ve seen the idea of “character creation” play an important role in the popularity of video games like The Sims, Skyrim, Fallout, and Cyberpunk 2077, where players can build and customize characters of their own, from their physical appearance to their personality traits or abilities. Meanwhile, in the Decentraland metaverse, where Sotheby’s has its metaverse gallery, users can easily build 3D characters to represent themselves as they explore the space. 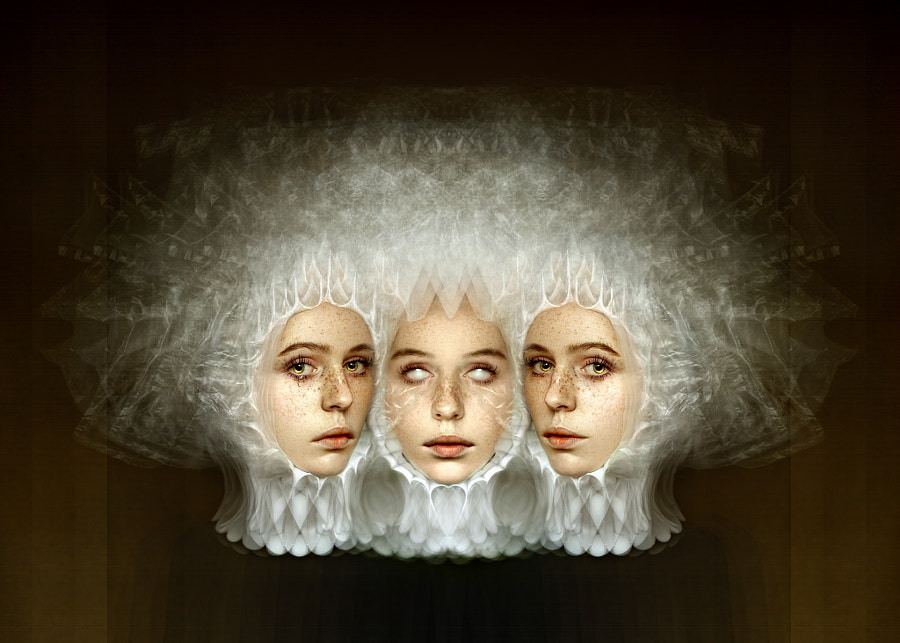 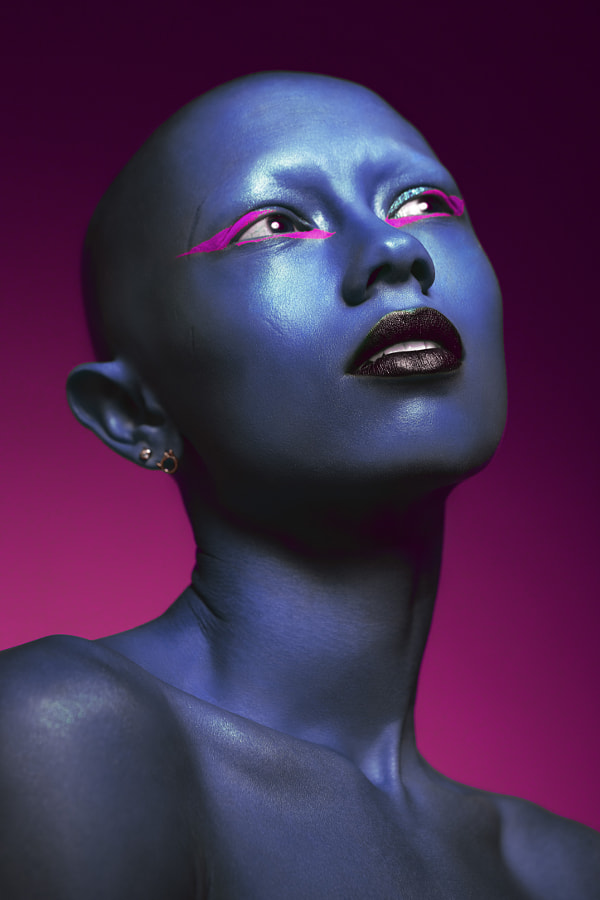 While we normally associate this kind of elaborate character building with video games, the “OG” NFT projects, and cartoon characters like Vaynerchuk’s, photographers have, arguably, been doing something similar for a long time as part of a wider art history that predates NFTs. In the world of fine art photography, for more than four decades now, Cindy Sherman has been transforming herself into hundreds of different archetypes and fantastical characters, from glamorous movie stars to Roman gods.

She’s played the part of the socialite, the clown, the old master painter, and the centerfold. Perhaps it’s worth noting that Sherman does not title her photographs herself, and in that sense, we as her audience are allowed to form our own interpretations—and project our own identities. In turn, she’s influenced a generation of artists, who’ve dreamt up their own characters and personas. 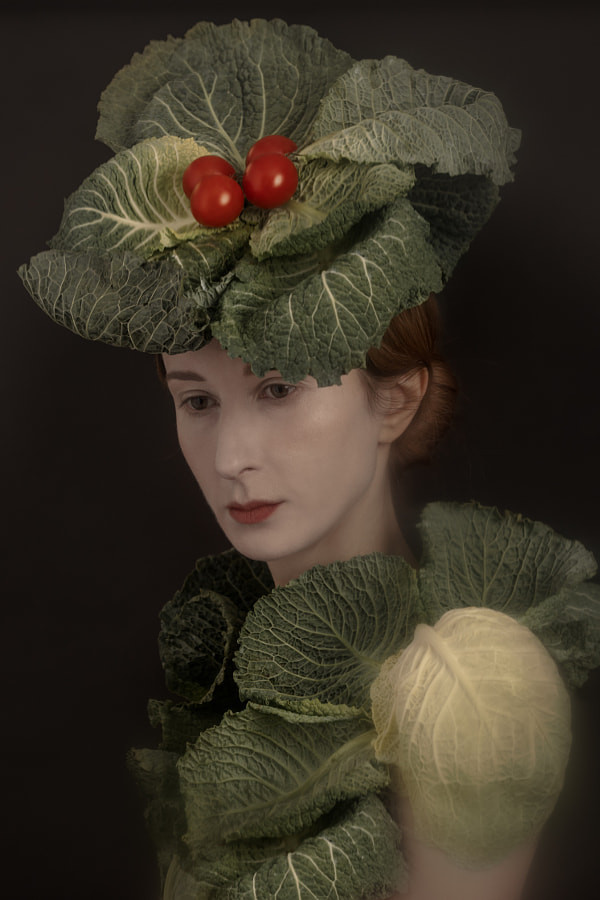 500px Ambassador Julia Wimmerlin, a master of the self-portrait, has embodied all sorts of characters; for one series, she even donned elaborate costumes made of veggies and pasta. Meanwhile, Jovana Rikalo, also a 500px Ambassador, has transformed models into characters from fairytales and surreal fictions.

Sometimes, photographers work with existing characters from mythology or popular culture. Stanislav Istratov, for instance, has cast models as the mythological harpy; Maleficent, the vengeful fairy; and more. 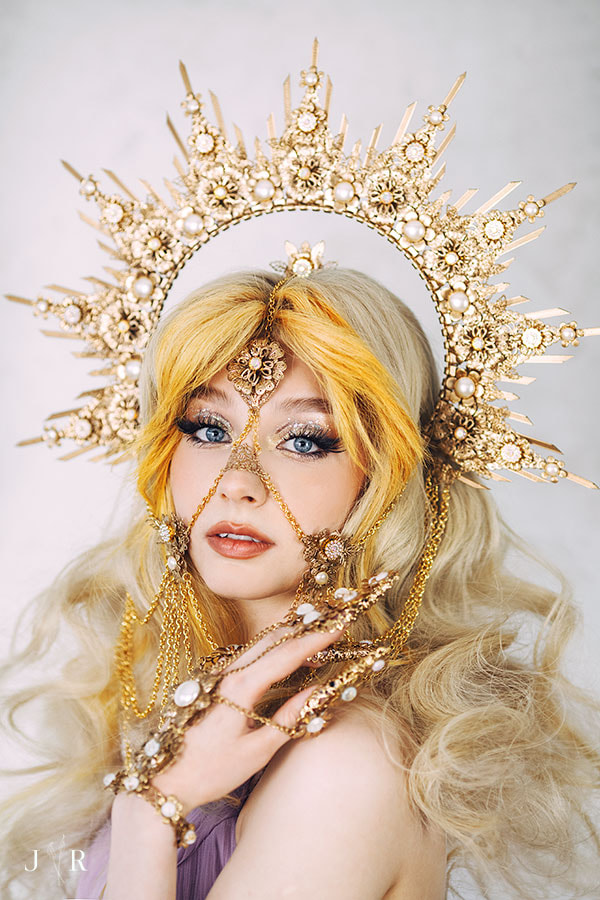 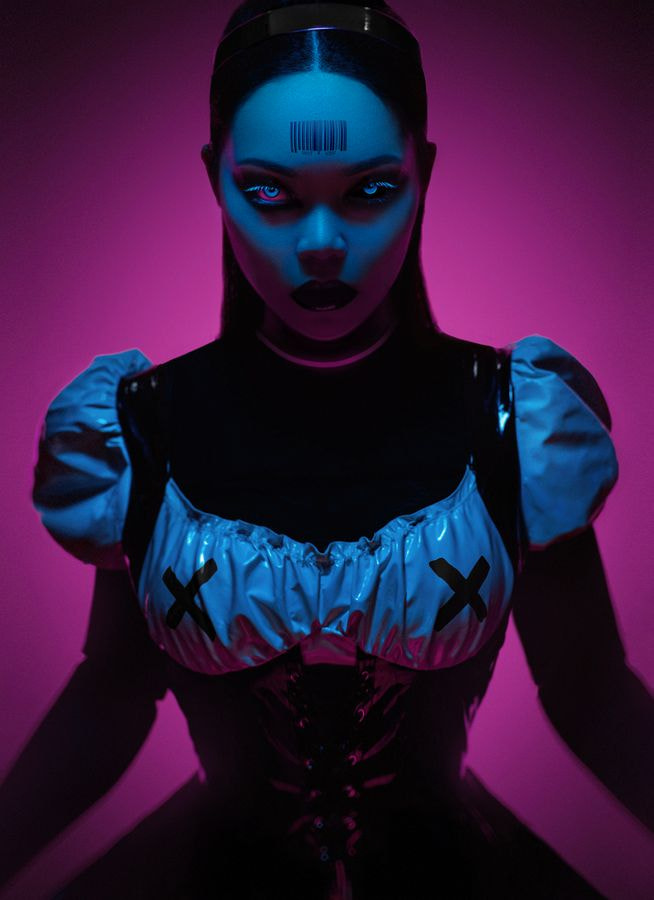 The success of Parker Day’s inspired project—and others—could point to an emerging trend in the crypto art/NFT space in 2022: collections that combine the larger history of storytelling and character creation through photography with the emerging technology of Web3. We can see another creative approach in projects like Bad Girls Club by the mixed media artist and photographer Natalie Shau, comprising 1/1 characters sprung from her imagination.

Consider, too, the Women Unite 10k Assemble Collection, launched in April. Featuring more than 50 real women from around the world, adorned with more than a hundred possible accessories, from hats and flower crowns to sunglasses and bandanas, these tokens have unique traits and characteristics. Some traits, like a gold clock or a diamond ring, are rarer than others, giving them another layer of value. The rarity of these traits can be easily quantified; just a mere 0.09%, for example, are dressed as Wonder Woman. As of this writing, the volume traded on OpenSea is 594 ETH, with the collection trending in the “Photography” category.

Another project taking this timeless idea of character creation to new heights is Block Head Punks, a collaboration between the photographer Tim Tadder and the digital artist Mike Campau. A play on classic pixelart collections like CryptoPunks, Block Head Punks comprises 111 handmade characters, each with a signature “human touch.” It’s a completely out-of-the-box creative idea when it comes to NFT collecting, and yet it fits well into the (relatively short) history of cryptocurrency and digital art on the blockchain.

If we expand our view beyond traditional human characters, we can also find inspiration in Rowhomes, the blue-chip photography NFT collection by Chris Hytha. Hytha shot these rowhomes throughout Philadelphia, celebrating the unique architectural attributes of each individual house and giving them their own kind of “personalities.” The pictures themselves are composites, allowing them to follow a consistent format for that “collectible” aspect. The collection has created a strong sense of community among collectors, with a floor price of 2.49 ETH, as of this writing.

In the future, we might also see more projects based on characters united not only by the love of the art itself but also by a common cause, driven by the values of artists and their collectors. Computer Cowgirls, a collection of 201 original cowgirl characters, each collaged and animated by the photographer and artist Molly Dickson, is one such project. The Cowgirls have individual names and traits, with various tops, boots, hats, and accessories with varying degrees of rarity. The Cowgirls also stand for reproductive rights, as a portion of every sale goes to support abortion access.

Elsewhere, we’ve also seen photographers create trading cards inspired by their work, further experimenting with the idea of collectability in the NFT space. The photographer Monaris, for instance, made cards to go along with her well-known project Collecting Hands, featuring the hands of real-life “characters” found around the world. The possibilities here are endless, from collaborative character creation to community building through photography in the age of Web3. By creating a brand that resonates, a photographer’s work can exist beyond its original context, with its collectors contributing to the narrative and supporting the characters with whom they most identify. “Storytelling is a fun way to think conceptually about your work, but it also opens up an opportunity to create an ever-evolving series or world with fans who are connected to and invested in the characters you create,” the 500px team says.