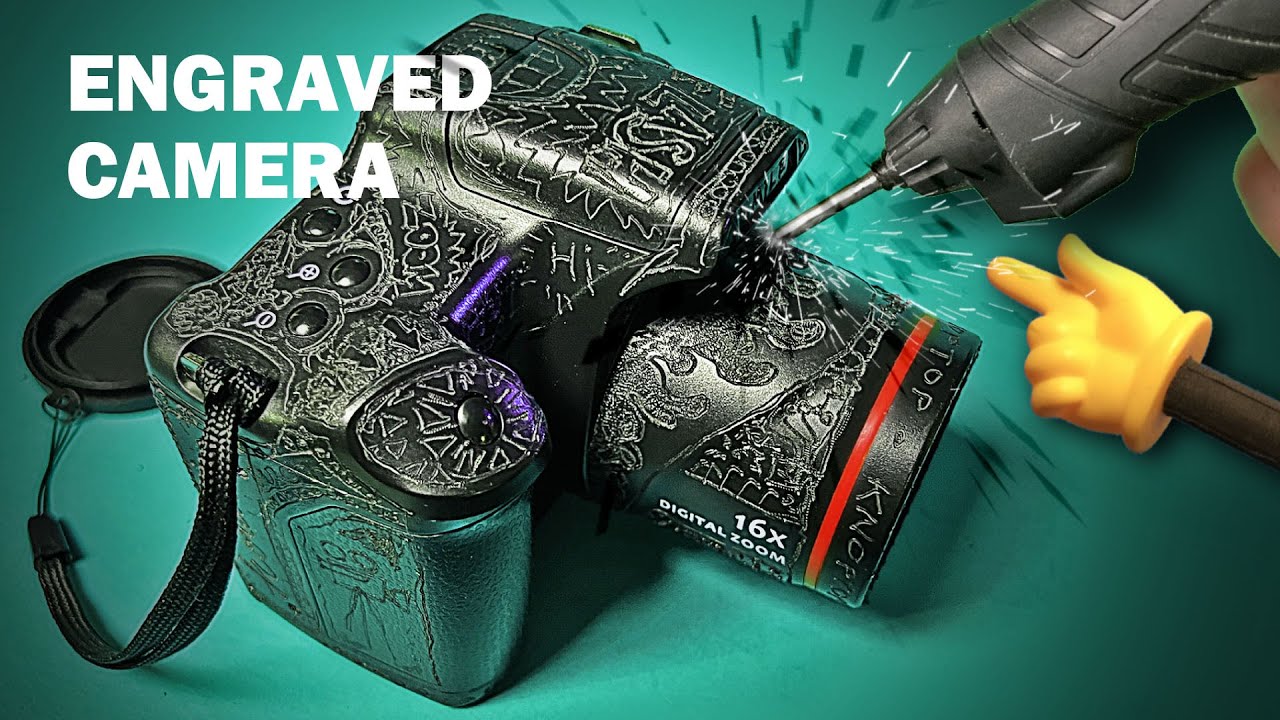 Ah DSLRs, they’re pretty much all the same, right? Wouldn’t you like to customise them a little bit and make them truly unique so you could easily pick yours out from a pile? You could paint it, or even better, how about engraving some cool designs onto it like this guy did? Why you may ask? Because you can!

In this video, you’ll see how Dave Knop took a cheap camera that takes terrible videos and photos and engraved it using a hand engraver from Harbor Freight.

It’s actually kind of hilarious, Dave admits in the video that he’s never engraved anything before, and doesn’t even know why he’s got an engraver. But we all have that junk drawer with random items lying around and I guess it’s good to finally use some of them!

Dave continues to doodle on the camera. The result is arresting. Remember that ill-advised tattoo you got at your friend’s bachelor party in Vegas that you’ve spent years trying to get lasered off? No, you probably don’t, but this is worse. Put it this way, I’ve seen High School bathrooms with more creative artwork.

But don’t worry, Dave didn’t actually take his engraver to a good camera, he used it on this HD video Cam. The footage is just as bad before the engraving as it is afterwards, so even though something is rattling, presumably due to the vibrations, it’s no worse off for it.

Feeling inspired? If you happen to have an engraver and an old cheap camera you certainly could try this at home. We would not recommend doing this to your good cameras though!

Really Right Stuff’s PG-02 MKII is a High-End Pano-Gimbal Tripod Head
Your AI-generated images are now welcome on Adobe Stock
The best gifts for photographers, according to the pros
6 Beginner Lightroom Color Grading Tricks To Elevate Your Photography
Grim photo of dead flamingos wins 2022 Environmental Photographer of the Year