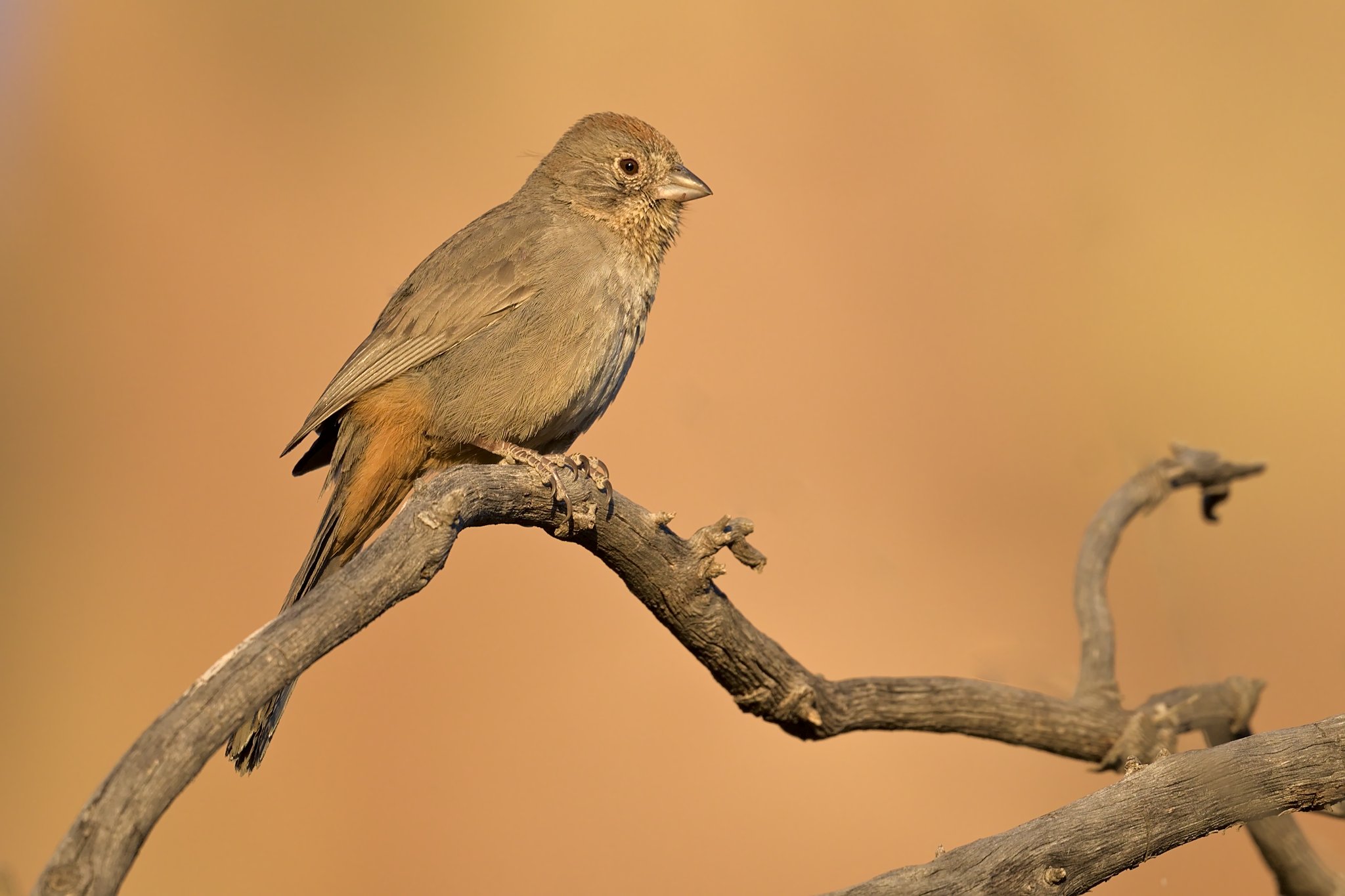 At the beginning of May, I travelled to southeastern Arizona on a wildlife photography trip. This is one of the southernmost areas of the United States. Thanks to its dry desert environment, the species here are quite different than those found in many other parts of North America. After arriving, it didn’t take me long to realize that southeastern Arizona is truly an amazing natural treasure.

Beginnings of the Trip

I started in Tuscon and was immediately awed by the endless landscape of Saguaro cacti. However, it was the Chain Cholla cactus that greeted me more directly, after I accidentally brushed my bare arm against this curious plant. It took half an hour to pull the thorns out of my skin.

Unlike the thick, Boreal forests of Canada, I could see quite far in all directions. I thought this would make it easy to find and photograph birds and maybe even other animals. In some ways this was true, but in others, photography in Arizona turned out to be quite a challenge.

Unfortunately, this meant waking up at around half past four in the morning. Thankfully my time zone at home was three hours ahead, which made waking up slightly less painful. In any case, it was worth a bit of sleep loss, since the low sun gave me nice light when I found good compositions.

In terms of Tuscon itself, I found that there were many decent bird photography opportunities at Tuscon Mountain Park and Sweetwater Wetlands. Pure (i.e. non-photographer) birders will probably tell you to skip Tuscon, but the opposite is true for photography. I almost always find that there are good opportunities on the outskirts of a city to photograph birds.

Arizona is also known for its reptiles, including many small lizards. However, after trying to photograph them, I realized that it would be necessary to have a lens with a good close focusing distance – not necessarily a macro lens, but something that could reach about 1:4 or 1:3 magnification. My Nikon 500mm f/5.6 PF maxes out at about 1:5.6 magnification, which isn’t terrible, but it’s geared toward slightly larger subjects. Since I wasn’t primarily after lizards, I decided I would just take any shots I could with my 500PF without worrying too much.

After Tuscon, I traveled to some canyon habitats, starting with the Madera Canyon. Only about 50 km away from Tuscon (or, sigh, about 30 miles, since I was traveling in the US), this place is a birding paradise. The canyon formation between two fairly high peaks produces a moister environment with trees and even small streams, which is quite different than the Saguaro-dominated vistas around Tuscon.

The highlight for just about any bird photographer will probably be the Elegant Trogon, pictured below. The 43 Trogons of the world are a curious bunch of birds living in many areas such as Central and South America, Africa, and southeast Asia.

However, the Elegant Trogon is the only Trogon that can be seen in the United States, and southeastern Arizona is really the only reliable place to see it. In fact, the northernmost tip of its range extends from Mexico into Arizona, nicely touching the Madera Canyon.

I wasn’t sure I would find the Trogon, but I ran into some generous birders who took me hiking with them to find birds. Most birders are way more serious than I am about finding new species, and my new friends were no exception. With their perseverance, we came across the Trogon and many other species as well. I really do appreciate how helpful and generous other birders are at sharing their knowledge and information.

I finally ended up in Portal, a very small town about 300 km / 185 Freedom Units from Tuscon. This charming town is at the base of the Chiricahua Mountains, which offer remote and peaceful hiking in a species-rich environment.

Honestly, I was shocked by Portal because I have never been to a more birding-friendly town. Many residents have feeders and invite visitors to stand outside their property to watch the birds. One owner even had a little trail built on their property that ended in a viewing area with feeders. Just outside Portal, there is also a volunteer-maintained “Sulphur Canyon” tank, which is a small wetland and revegetation area designed to provide a resting spot for migratory birds.

In Portal, I decided I would not try and chase after rare species but instead just climb the “Silver Peak Trail” mountain in the sunrise and enjoy some quiet hiking. My photography thus became a bit more opportunistic rather than focused.

In fact, although I can be intense in my quest for new photographic opportunities, during every trip I try and take time just to be present in beautiful landscapes and put my camera away. I think it’s time well spent.

I really enjoyed my time in Arizona. From being surrounded by magnificent cacti to climbing the Chiricahuas, I was constantly humbled by the beauty of nature. It was a great privilege to being among many beautiful animals, to photograph them, and to share these photographs in this article.

The Tecno Phantom X2 Pro Has the World’s First Pop-Out Portrait Lens
Facebook Dating Will Verify Your Age with a Face Scan
Raspberry Pi Under Fire by Creators Who Are Upset it Hired a Former Cop
How to Successfully Use Constant Lights for Commercial Portraiture
⭐ Easy Duo Tone Effect In Photoshop!