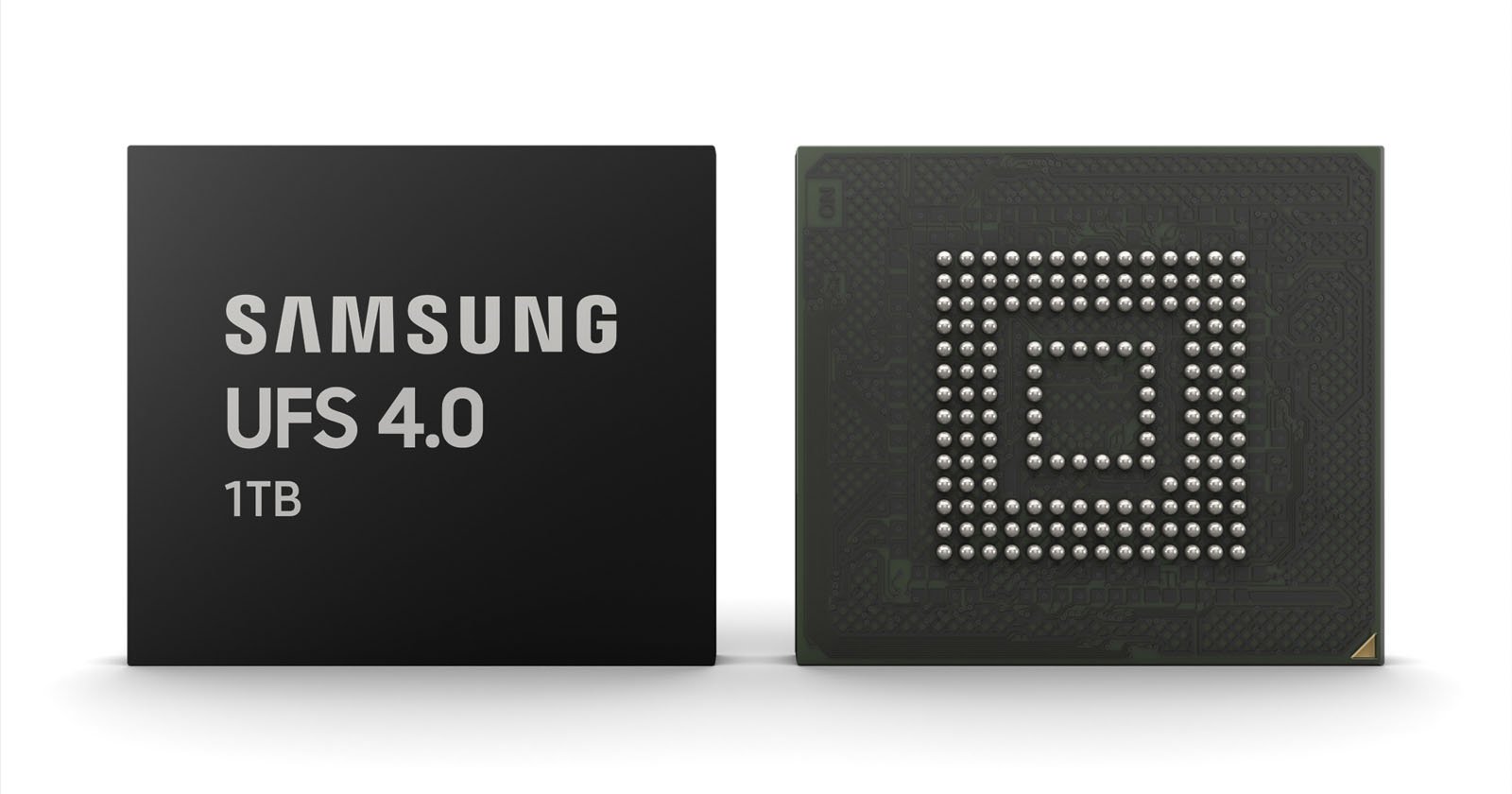 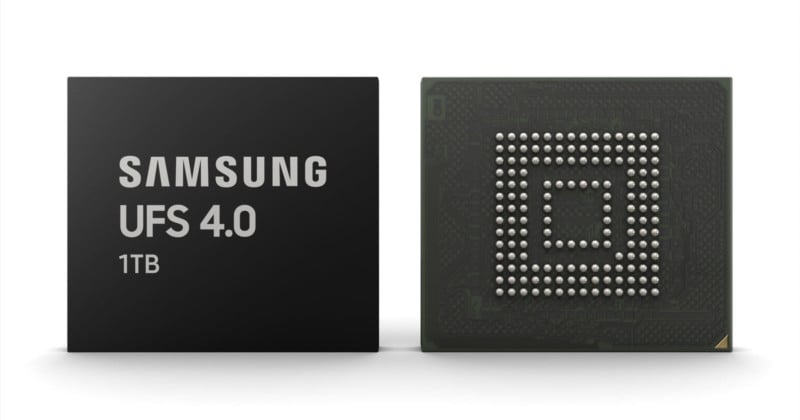 Samsung has developed what it claims is the industry’s highest performing Universal Flash Storage (UFS). Called UFS 4.0, it boasts speeds twice as fast as the previous generation with read speeds of up to 4,200MB/s and write speeds of up to 2,800MB/s.

Not only is UFS 4.0 faster than the previous generation, but Samsung also says it consumes less power as well. As a result, the company says that it will serve as the core of coming mobile storate solutions and will have dramatic effects on smartphone performance and also could have significant impact on augmented reality (AR) and virtual reality (VR) hardware.

Samsung says UFS 4.0 comes in a compact package that takes up just 11mm by 13 mm by 1mm in space and can support a capacity of up to 1 TB. That 1 TB can deliver a sequential read speed of 6 MB/s per mA, which is a 46% improvement over the previous generation’s power consumption.

“UFS 4.0 offers a speed of up to 23.2Gbps per lane, double that of the previous UFS 3.1,” Samsung says. “That much bandwidth is perfect for 5G smartphones requiring huge amounts of data processing, and is also expected to be adopted in future automotive applications, AR, and VR as well.”

BREAKING: Samsung has developed the industry’s highest performing Universal Flash Storage (UFS) 4.0 storage solution, which has received JEDEC® board of director approval. What is UFS 4.0 and what does it mean for the future of storage? Read on to learn more. pic.twitter.com/4Wxdu0J2PD

The UFS 4.0 standard specification has been approved by JEDEC, the Solid State Technology Association which is an independent semiconductor engineering trade organization and standardization body. Samsung says that mass production of UFS 4.0 storage is slated to start in the third quarter of 2022 and adds that it is collaborating with smartphone and consumer device manufacturers from around the world and is working “vigorously” to create an ecosystem of support for UFS 4.0 to make adoption in the market easier and faster.

The 25 People’s Choice Finalists of Wildlife Photographer of the Year 2022
Haukland Photography Jacket Review: Snug as a Bug with Pockets Galore
The SanDisk Professional PRO-G40 SSD is the Ideal 4K/6K Video Working Drive
How To Easily Batch Edit in Lightroom Classic | In A Lightroom Minute
Lightroom Coffee Break: Deselecting Photos in Grid View