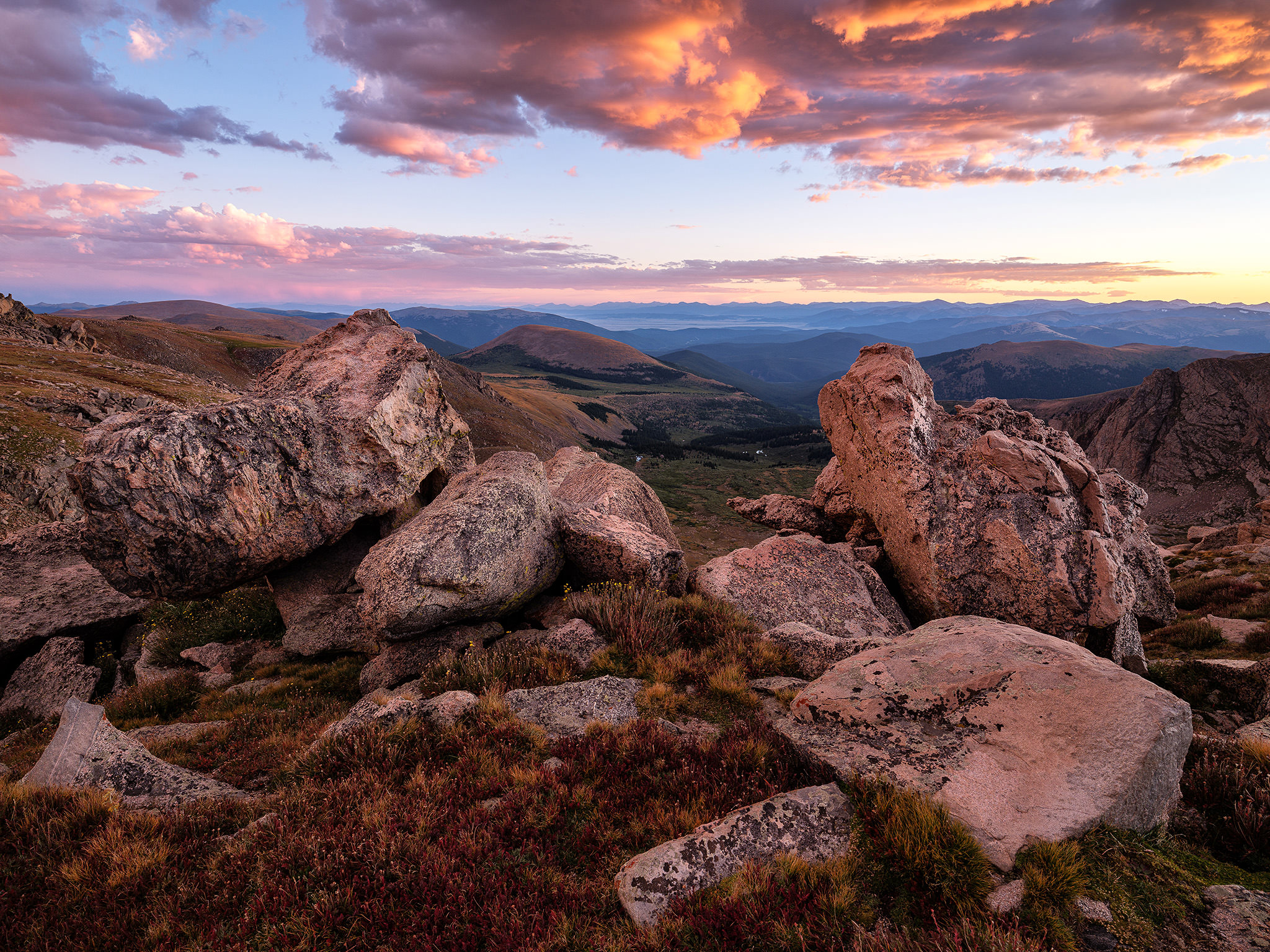 I remember when I was starting out in photography how I looked upon the Nikon D3X in wonder. I could never afford it, but 24 megapixels! Can you imagine? Of course, some medium format cameras at the time had more, but they were as far away from me as the moon.

Now 24 megapixels is the baseline instead of an expensive maximum. 45, 60, and even 100 megapixels are within reach at lower prices than ever, and the trend isn’t really slowing down.

Even so, for 99% of photographers, pixel counts are high enough at this point. Maybe they have been for a while. As Jason recently wrote, a 50 megapixel camera is capable of about a 32×48” print (AKA 1.2 meters wide) without apparent pixelation for a typical viewer. Even a 24 megapixel sensor can handle 12×18” or 16×24” prints with aplomb, and larger depending on how strict you are.

But if that’s case, I wonder… why did you find yourself clicking on this article? Maybe it’s because because photographers have an obsession with “the top,” even when it’s overkill. Perhaps it’s simple curiosity about camera equipment. Or maybe you’re a specialist photographer who makes mural-sized prints and you really do appreciate every bit of resolution. Only you know.

Regardless, I won’t judge. The six cameras (and categories of cameras) I’m covering below start at 100 megapixels and go up from there. So, if you want to know what to buy for your wall-sized prints – or, perhaps more likely, satiate your curiosity and fuel your GAS – the list below is what you want. The following cameras have more megapixels than anything else today.

Counting down from #6, the first camera to make this list is the medium format Fuji GFX 100S. It has an effective resolution of 102 megapixels, and the price of $6000 (check current price) is – for such a beast – surprisingly low.

Of all the cameras on this list, even though it ranks sixth, the GFX 100S is the one I’d recommend the most if you have a specialized need for very high resolution images. As you can see from our review, the GFX 100S is a camera we think of highly. It’s much less expensive and more accessible than medium format cameras from Hasselblad or Phase One. And the 102-megapixel resolution doesn’t come with any caveats or tricks, like with some of the cameras below; that’s the native pixel count.

The Fuji GFX 100S has a cousin in the Fuji GFX 100, which is a larger, more expensive camera that I generally don’t recommend over the “S” version. However, both have the same sensor. Likewise, this #6 ranking is shared by a few other 100 megapixel medium format cameras (albeit much more expensive ones) like the Hasselblad H6D-100c.

The biggest downside to the GFX 100S compared to some other 100 megapixel medium format cameras on the market is that its sensor size is a bit smaller. The Fuji camera is technically “cropped medium format” rather than “full medium format” like a Hasselblad or Phase One. All are larger than full frame, though. And all are as expensive as a car.

5. A Concerning Number of Phone Cameras

I’m as surprised by this as you are, but about a dozen phones on the market have a sensor with precisely 108 megapixels. Moreover, it’s not even the same unreasonable sensor reused by a bunch of different bottom-barrel companies; multiple 108-megapixel phone sensors exist with slightly different sizes and made by different manufacturers.

Some of the phones in question are the Samsung Galaxy S21 Ultra 5G, Xiaomi Mi 11, and Motorola Edge+, all of which hit the 108 MP mark. No phone needs anything close to this number of pixels (even if you turn pixel binning on), so I’m left thinking it’s a marketing ploy for people who equate megapixels with image quality.

By the time I’ve published this article, we’ll probably have another dozen phones on the market with 150, 200, or 1000 megapixels for all I know and care. Out of principle, I’m never going to rank a phone higher than #5 on this list. It’s my article and I make the rules.

More and more cameras are making use of sensor shift technology to increase resolution. With this feature enabled, the camera takes a series of images while moving its sensor at a microscopic level each time. It then combines the images into a single result with (in most cases) four times the actual resolution of the sensor.

With this process, a camera like the Panasonic S1 goes from 24 megapixels to 96. The Panasonic S1R goes from 47 to 188 megapixels. The Sony A1 turns 50 into 200. And at the top of the list is the Sony A7R IV, which has a 60 megapixel sensor and can capture 240 MP sensor-shifted shots.

The caveat with sensor shift is that you need to be shooting from a tripod and capturing a scene with minimal movement, such as architecture or landscapes. Each sensor-shifted image takes at least several seconds to capture (no matter your shutter speed), so it’s not usable for every photo. So, whether these cameras belong at #4 on this list or back behind the GFX 100S is up to you. They don’t have higher megapixel sensors natively, but they can take higher megapixel shots.

For #3 on the list, I’ll circle back to medium format. Even though most medium format cameras top out at 100 MP (like the Fuji GFX series), there are a couple which manage more.

First is the Phase One IQ4 150MP. As the name implies, it has a 150 megapixel sensor, making it the highest native resolution camera on the list so far. However, if you’re concerned that the A7R IV beats that with sensor-shifting, fear not, as there are two other kings in town: the Hasselblad H6D-400C and the Fuji GFX 100 (non-S version).

These two cameras “only” have a 100 megapixel sensor, but they employs the same sensor-shift technology as the full-frame cameras from earlier. The result is that you can get up to 400 megapixels out of them, with the same caveats as before.

So, whether you consider sensor-shift to be cheating in these rankings or not, medium format still reigns supreme – either with the 150 megapixels of the Phase One IQ4, or the shifted 400 megapixels of the H6D-400C and GFX-100. But these still aren’t the highest resolution cameras in existence today.

I’m having a love affair with large format film right now. It suits my way of working for landscape photography, and I can’t complain about the results. Among those results is resolution.

I’ve seen tests with different figures – both higher and lower – but to my eye, 4×5 large format film hits around 75 megapixels in detail when digitized with a good scanner, especially a drum scanner. 8×10 film is therefore about 300 megapixels. (You can scan at higher resolutions than that, but you soon cease to pick up more detail in the film.)

Technically, too, there’s no upper limit to the size of film. Even though considerations like camera stability start causing serious problems beyond 8×10, you can get almost arbitrarily high resolution with film under the right conditions, especially studio work. If you need to make truly massive prints and don’t mind the more complex shooting process, it’s worth considering.

Admittedly in this case, the “highest megapixel camera” in question is not the film camera itself (which obviously doesn’t have pixels) but the scanner used for digitization. But that’s a small quibble. The result is that a single click of your shutter with an 8×10 camera can give any medium format or sensor-shifted camera a run for its money. If you’re not convinced by 8×10, jump up to 11×14 or 12×20 ultra-large-format film and find yourself bumping against the file size limits of the TIFF format.

1. The Legacy Survey of Space and Time Camera (and Others Like It)

Ah, space. It’s been humanity’s muse since the caveman days, and now it inspires us to build the most unusual and extreme machines of any point in history. So, it should surprise no one that the top spot on this list is taken by a camera that surveys the stars.

In particular, as best as I could find, the highest resolution found on any camera today is at the Vera Rubin Observatory in Chile. The Legacy Survey of Space and Time captures images of 3200 megapixels apiece thanks to an array of 189 individual 16-megapixel CCD sensors. Every three days, this array of CCDs captures half of the Southern night sky at this ultra-high resolution. The observatory’s goal is to make a database that shows how the night sky changes over time. And you can quibble that it’s really 189 low-res cameras, but as I see it, they all form a single cohesive image at the (literal) end of the day, and that’s enough to count for the #1 spot in my book.

In short, space – and the people who study space – are wild. Actually, this whole article could have been nothing but scientific instruments like this. But I’m grouping all of them together in this section to maintain an illusion of variety in the rest of the list.

It’s nice to know that no matter how much of a pixel-chaser you are, you’ll never match the intensity of astronomers.

Unless you’re shooting some very particular photos that need to be printed at massive sizes, nothing in this article will make your pictures or prints any better. But I admit that I find camera technology interesting, and this is fun as a bird’s-eye view of where cameras stand today, and perhaps where they’re going. If we already have 100-megapixel medium format cameras for $6000 – and phones of all things with even more resolution than that – I just don’t see the pixel wars stopping any time soon.

At least astronomers are putting those pixels to good use by creating long-term records for a scientific purpose. Pushing the limits of technology like this is how we can learn more about ourselves and our place in the universe. Meanwhile, my high-minded goal is to photograph my cat with ultra-large format film and end up with the world’s highest resolution image of a silly little rascal.