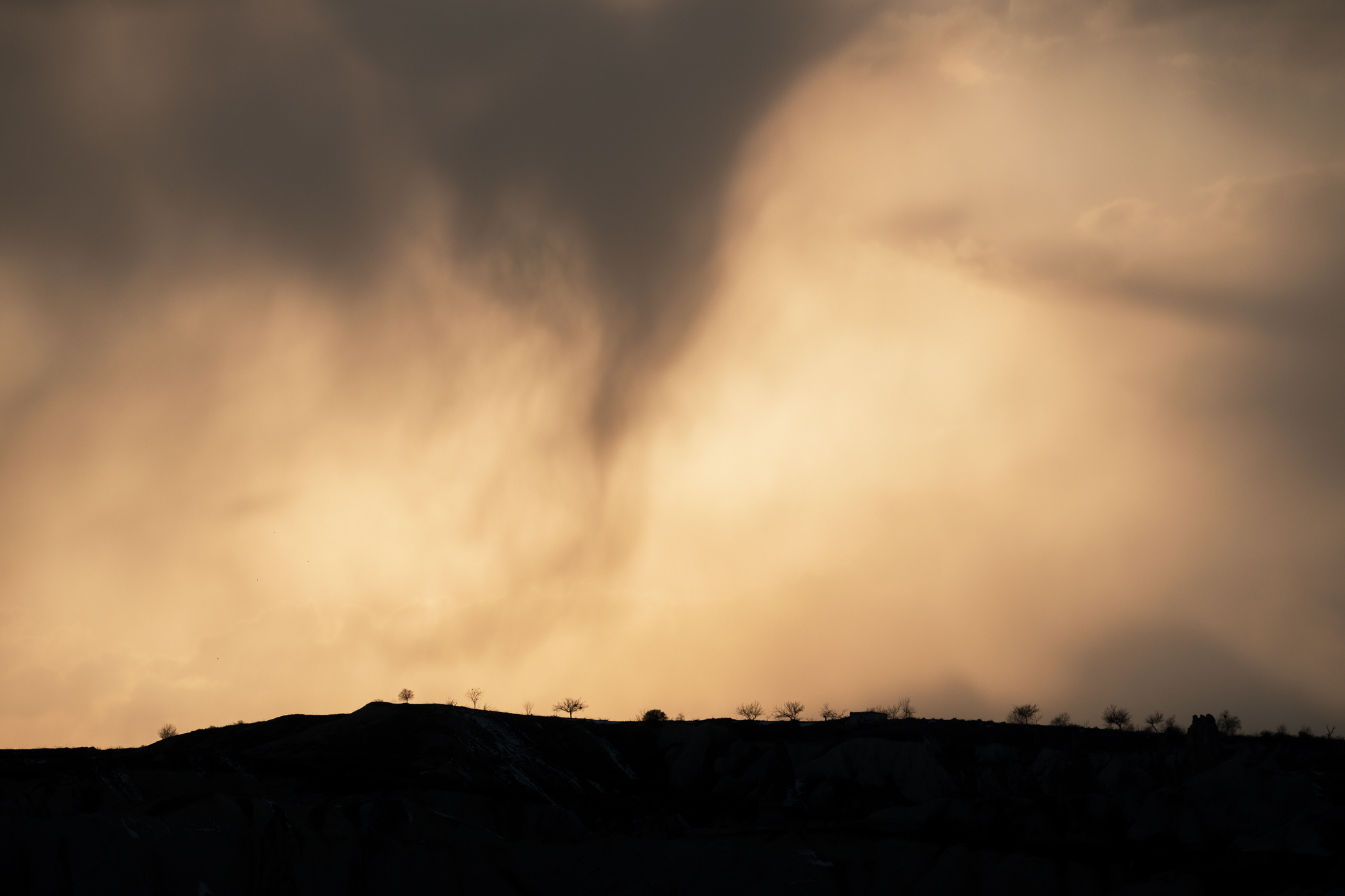 Composition, as it’s usually explained, is the way you arrange the visual elements within a photo. But that definition misses something. A large portion of what’s important when composing a photo isn’t within the photo at all. Instead, it’s the bits outside the frame that are completely excluded from the image.

At a simpler and more frequent level, sometimes distractions creep into a photo, and they’re capable of harming the composition substantially if you don’t put effort into excluding them. I think half the energy I spend composing my photos is taken up by trying to get rid of distractions to my message, usually by excluding them from the edge of the frame. A density map of where I pay the most attention when composing a photo would probably look something like this: 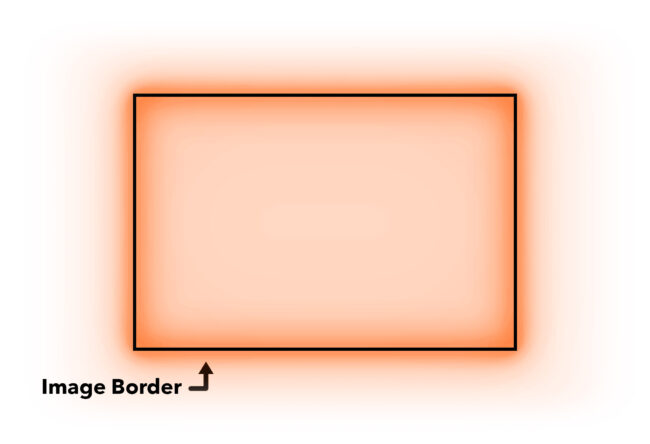 If, for example, I’m taking abstract photos in a slot canyon, a lot of my thoughts are on excluding the blown-out sky at the top of the photo. If I’m at the sand dunes, I try to figure out where to stand and how to frame the shot to avoid any trace of footprints. And so on. Distractions along the edges of an image can turn into major problems, and they’re not always easy to see in the field.

For instance, do you see the distraction that made its way into this photo? I didn’t when I took it:

The distraction may not be immediately apparent because it’s not bright or colorful, but the gray triangle of concrete at the bottom left certainly is not a good addition to this composition. My options at this point are to crop the photo awkwardly, use a very generous spot healing brush, or leave the distraction as it is.

By comparison, here’s an image that I took from the same spot previously. This one has a better composition to my eye, since I excluded the distraction from the start:

I removed the distraction in the photo above by simply changing my tripod position to a spot with a clearer foreground. That’s just one way to remove a distraction, though. You can also zoom in, shift your composition to the side or up and down, crop in post, or use a spot-healing tool.

And perhaps my favorite way to “leave something out of a photo” is to include it anyway, but cover it with something else in the composition! All you need to do is change your camera position, and the relative placement of each object in the image will change. If you’re clever about it, you can often bury whatever distraction is bothering you. I use this technique all the time to exclude unwanted elements of my composition, including here:

Note the distracting bushes on the left-hand side of the photo. (There are also some bushes on the right-hand side, but they’re smaller and don’t stand out as strongly against their surroundings, so they don’t bother me as much.) An easy way to leave them out of the photo is to lower my tripod and block them with the foreground dune:

To my eye, even though the difference is subtle, this is a much stronger image. Excluding distractions from your photo can be a powerful thing.

Then again, it’s not just distractions that you might want to exclude. Sometimes, what you leave out of a photo might be an interesting subject in its own right, but it doesn’t work for the emotional message of the photo at hand.

Here’s the best example of this phenomenon that I can think of from my own work. There’s nothing exactly wrong with the following photo, as it shows a cool rock formation at sunset, but somehow – maybe because it’s backlit – the entire subject in the foreground and middleground just looks a bit dull and out of place.

But wow, that sky! It’s small, but these are some of the most unusual clouds I’ve ever seen, combined with an intensity of light that seems somehow wasted on the foreground above. So, I chose to leave something out: the entire foreground. This time, the light is freer to show off its strengths, and I think the following is a much stronger image.

Maybe these examples helped you see why I think about composition the way I do. To me, leaving something out of a photo is just as important of a decision as choosing your subject in the first place. It may even be more important, or at least worth spending more of your time thinking about in the field. When you leave out distractions and subjects with a conflicting emotional message, you’ll see that what you leave in looks so much stronger because of it.