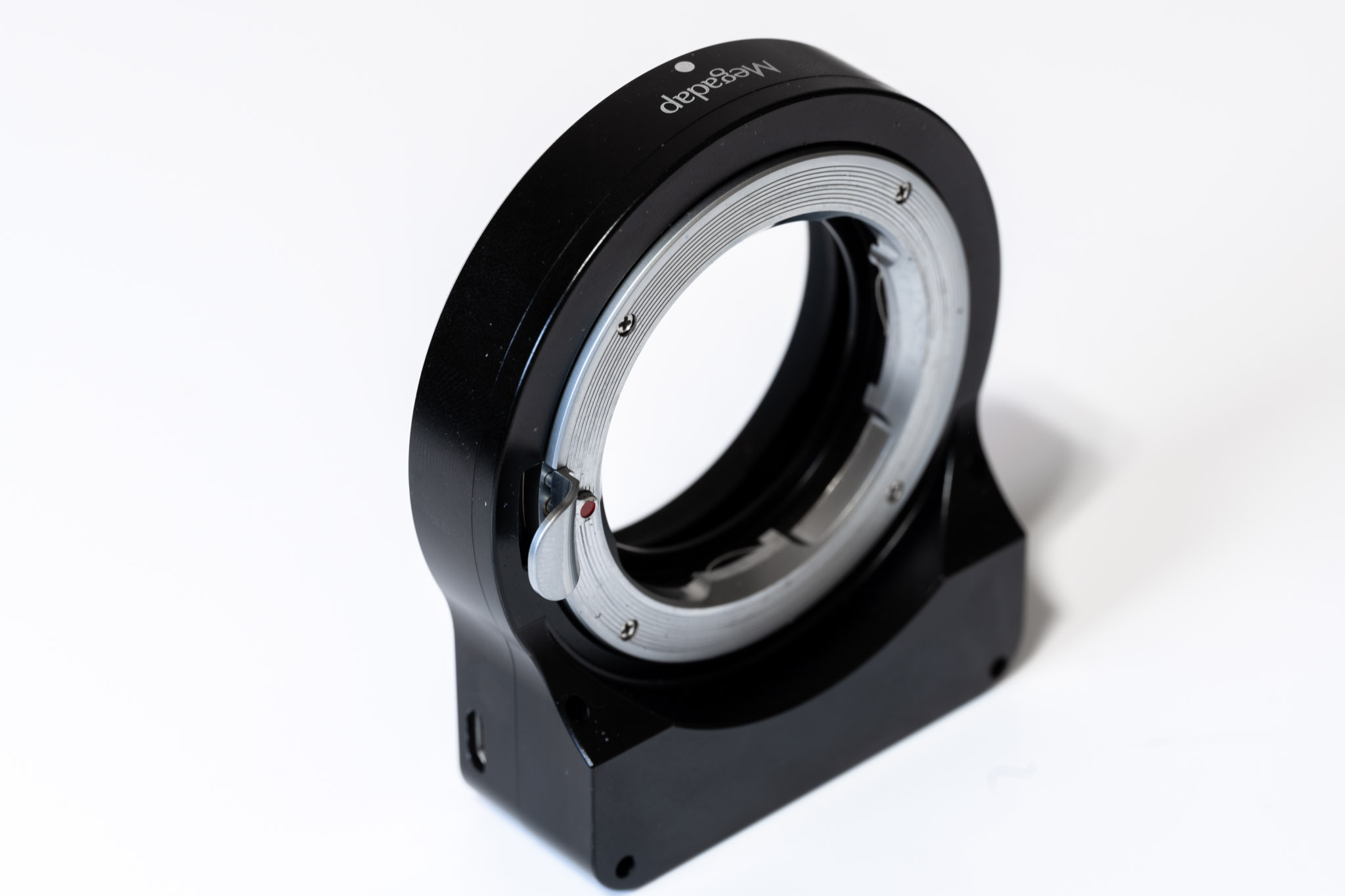 Megadap is a name you might not immediately recognize, with their product lineup consisting entirely of adapters. These adapters aren’t just your basic mounting rings, however. In the case of the MTZ11, the adapter brings autofocus to lenses that never had it: autofocusing Leica M lenses on Nikon Z cameras.

This interesting technical accomplishment includes all the usual features of Nikon Z autofocus, like Eye AF and AF-C, with a huge range of Leica M lenses. Beyond that, even non-Leica-M lenses can be mounted to Nikon Z cameras with autofocus by combining the MTZ11 with additional adapters.

But can this actually work? Can you actually get usable autofocus on a lens that has no autofocus abilities? In this review of the Megadap MTZ11, I’ll check out the performance under some of the most challenging autofocus situations. 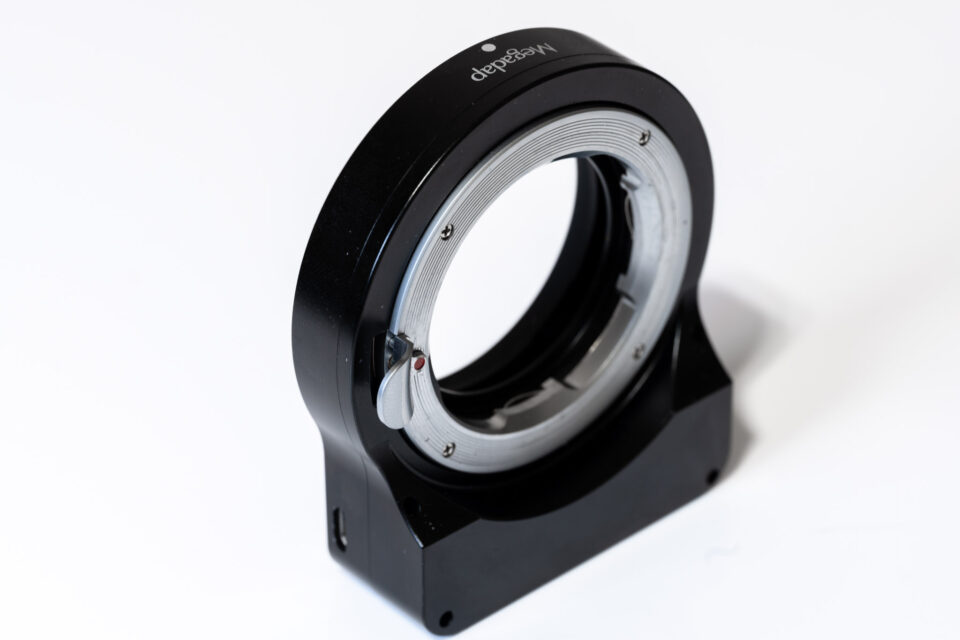 The MTZ11 is an interesting product for a lot of reasons, even if it doesn’t immediately look like it. It’s not bigger than many other adapters, and is even smaller than my FTZ Nikon adapter in most dimensions. Beyond the lens release button and two mounting index dots, the adapter has a minimalist exterior.

There’s a small base along the bottom that may come close to big tripod plates or vertical grips, but never interfered with them in my testing. That base holds the serial number, focusing motor, and a micro-USB port for easy firmware updating (more on this important feature later). The backside is just a basic Z mount, made of metal, with Z mount contacts. The front is a Leica M mount, with no contacts. Mounting lenses and mounting the adapter to the camera both feel very smooth.

Nikon Z cameras feature a very short flange focal distance – the distance between the sensor and the lens mounting flange. Because this distance is so short, it’s easy to adapt non-Nikon-Z lenses to Nikon Z cameras, like mounting Nikon’s own F-mount glass with the FTZ adapter. Meanwhile, adapting lenses in the opposite direction – like a Nikon Z lens on an F-mount DSLR – is impossible.

To be specific, the Z series has a 16mm flange distance, while Nikon F lenses have a 46.5mm flange distance. As a result, you can adapt F mount lenses to Z by extending the mounting flange out 30.5mm, and squeezing any necessary electrical contacts into that space. The FTZ doesn’t support autofocus with screw-driven F mount lenses, as an important note.

Leica’s M mount has a flange distance of 27.8mm by comparison. This means that Megadap managed to fit the mount adapters and a way of autofocusing into just 11.8mm, an impressive technical accomplishment.

So, how does this adapter turn a manual focus lens into an autofocus lens? Megadap says the adapter uses a circular extension mechanism to shift the lens forward and backward. This focus throw of 6.5mm is supposed to be enough for both adapted wide-angle and telephoto lenses. Meanwhile, that mechanism is supposed to support heavier lenses and avoid wobbling. In a moment, you’ll see what my tests say about those claims.

A further interesting feature about the MTZ11 is that Leica’s own M mount has quite a small flange distance at 27.8mm. As such, there’s an extensive list of lens mounts that can be adapted to Leica, and those have been around for a while.

Admittedly, this chain sounds a bit awkward, but it represents a very unique opportunity to bring autofocus to a massive range of manual focus lenses. It can even capture better-than-expected image quality out of those lenses: The Nikon Z cameras have a large bayonet diameter, and thin filter glass, both attributes that can improve image quality on adapted lenses.

All of these technical promises don’t mean a thing if the product doesn’t actually work. This was the case with my experience right out of the box. On a Nikon Z7 running firmware 3.0, I wasn’t getting any autofocus functionality.

Fortunately, I just had to update the adapter’s firmware, which Megadap makes incredibly easy. To update, I just had to connect the adapter to the computer via Micro-USB, where it promptly appeared as a removable drive. I then just had to drag the firmware file over and eject the adapter. The process was quick and easy, a huge plus for firmware updates. Furthermore, Megadap has seemed to stay on top of the update cycle, with 5 updates already out, fixing small bugs and improving performance. As an example of the pace, they had a fix out in 10 days for an issue with the 1.3 firmware for the Z6 II and Z7 II camera. If you’re like me and wait a few days for new camera firmware anyway, this could mean basically no downtime. 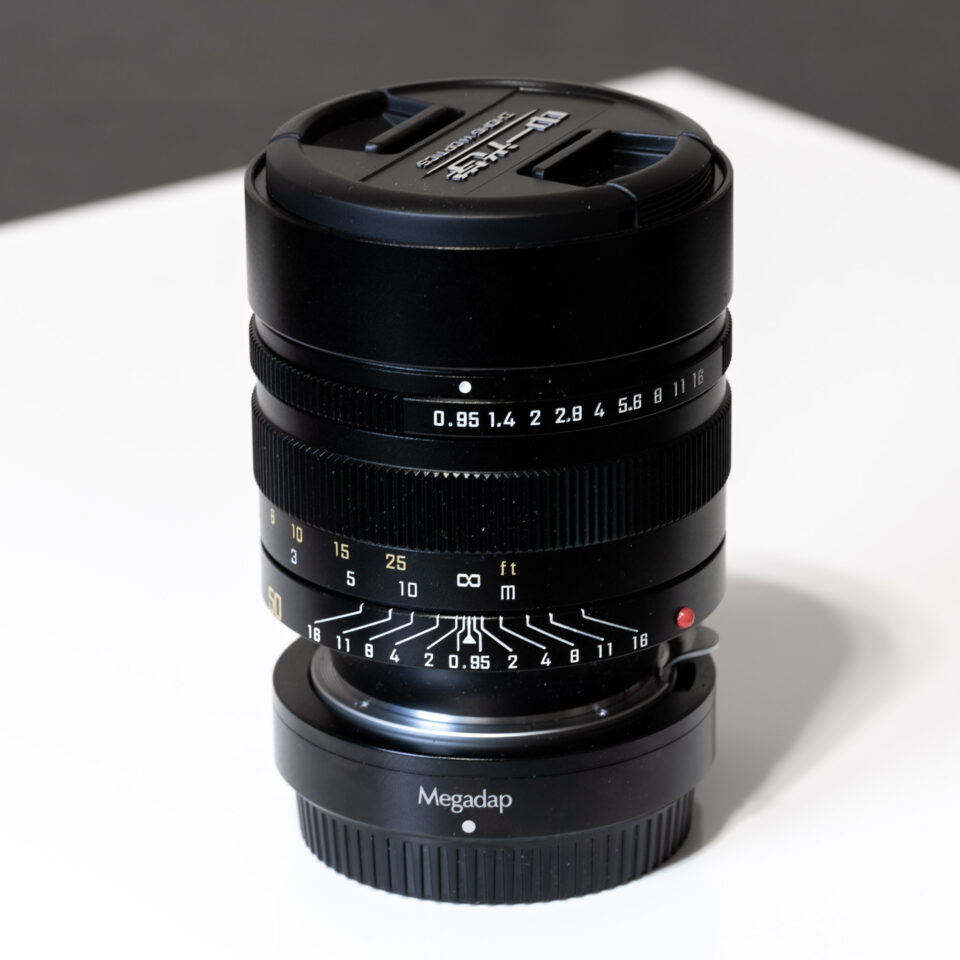 All of my subsequent comments are based on testing with the Z7 running firmware 3.0 or higher, the MTZ11 on firmware 3.0, and a Leica M mount Zhongyi 50mm f/0.95. I chose this lens as it represents one of the most challenging scenarios: razor-thin depth of field, relatively lower contrast, and a beefy metal construction with a lot of glass. If this adapter can deliver with this lens, it’ll work with many others.

To use the adapter, not much needs to be set up. You can set the focal length of the adapted lens to be passed through the adapter by performing a little calibration involving the aperture priority mode (detailed in the manual). Setting that can help image stabilization performance via the in-body image stabilization. Additionally, you’ll want to roughly match your camera’s aperture value to that set on the lens, as this info isn’t passed to your camera. This has no effect on image quality but simply on giving you accurate EXIF data.

With the configuration out of the way, all that’s left is to manually focus the lens at infinity and start shooting. The adapter will subtly move the lens back and forth to achieve focus. I started with simple, static subjects and AF-S mode, and I was instantly impressed. It really does achieve focus, with repeatability and accuracy. At f/0.95, I was more limited by the sharpness of the lens than the adapter itself, as focus testing showed the lens wasn’t front or back focusing.

Stopping down to f/2.8 and f/4 presented no problem either, with the focus and metering still working fine.

Moving to more advanced modes, including AF-C and Eye Detect, I was still impressed. The lens was keeping up, although rapid movement could lead to suboptimal focus on a few frames. I’d put it somewhere around the performance of older AF-D lenses, like the 85mm f/1.4 AF-D. Against contemporary lenses with high speed motors, it’ll feel a little slow and unsure, but again, this was the worst case scenario at f/0.95. It’s perfectly usable, and as someone without a ton of manual focus experience, it delivered better results than I was capable of by hand.

One thing to note is that heavy use of this adapter will have some small impact on battery life. It is, after all, moving the entire lens back and forth. Compare this to shifting a single set of glass elements around, and you can see why it’ll pull down some more juice. Unfortunately, this is hard to test precisely, and will vary based on how you’re using it. AF-C will draw more than AF-S, as will switching repeatedly between near and far, or using a heavy lens over a light one. It’s not a deal breaker, but just something to consider if you’re planning a longer shoot that’ll predominantly use the adapter.

I did some additional testing with the lens in video mode. Here, the adapter performed poorly. Locking focus took too long to make significant pulls easy, while the adapter itself was fairly loud.

Stopping down improved focusing performance somewhat, but at that point, it’s easier to just pull focus manually anyway. I can’t really fault the adapter here, as video autofocus isn’t really what this was intended to be used with, but if you’re considering it, understand that it won’t be easy.

The MTZ11 adapter is a very interesting product, and one which’ll represent a huge value to certain users. And if you’re a fan of classic lens mounts like Minolta, Pentax, or others, it’s a great way to breathe new life into those lenses, so long as you don’t mind using a stack of two adapters. Likewise if you shoot with Canon EF lenses – or even Nikon AF-D lenses that don’t autofocus with the FTZ adapter – you can get autofocus when adapting those lenses.

It’s not without limitations, however. I’d be uncomfortable using a big lens like a 150mm+ telephoto on this mount, as weight is a concern. Also, the continued availability of firmware updates is crucial. While Megadap has kept up so far, future Z bodies and firmware versions may break compatibility, necessitating another update.

At $349, the adapter isn’t cheap, especially compared to “dumb” adapters that just marry two mounts together. Instead, this lens presents a near-modern user experience for lenses going back to the 1950s, and is a unique value, but not for everyone.

If you’ve got some classic midrange lenses in the M mount or any of the compatible daughter mounts, this adapter and a Z7 can be one of the best ways to get them out into the field, with the added benefit of autofocus. If you’ve wanted to explore classic lenses, but are otherwise uninterested or unable to manual focus, this adapter is a great option.

The one concerning note is the disclaimer on the manufacturer’s website that they are not providing warranty service unless directly purchased from their store. I’m really not a fan of that policy, especially if it blocks out official, legitimate sources like B&H, or other authorized dealers. B&H currently lists the warranty as included, and a B&H staff member answered in late 2020 that “This item comes with a 2 year warranty from the manufacturer that will cover factory malfunction.” In any case, you can purchase it from either store here:

Overall, I really enjoyed using the Megadap MTZ11. Both it and Megadap in general exceeded my expectations for a boutique product, with great build quality and a very positive software experience. While it can’t turn your M mount lens into a Z lens when it comes to autofocus speed, the fact that it can deliver a competent AF experience on manual focus M mount lenses is impressive enough.