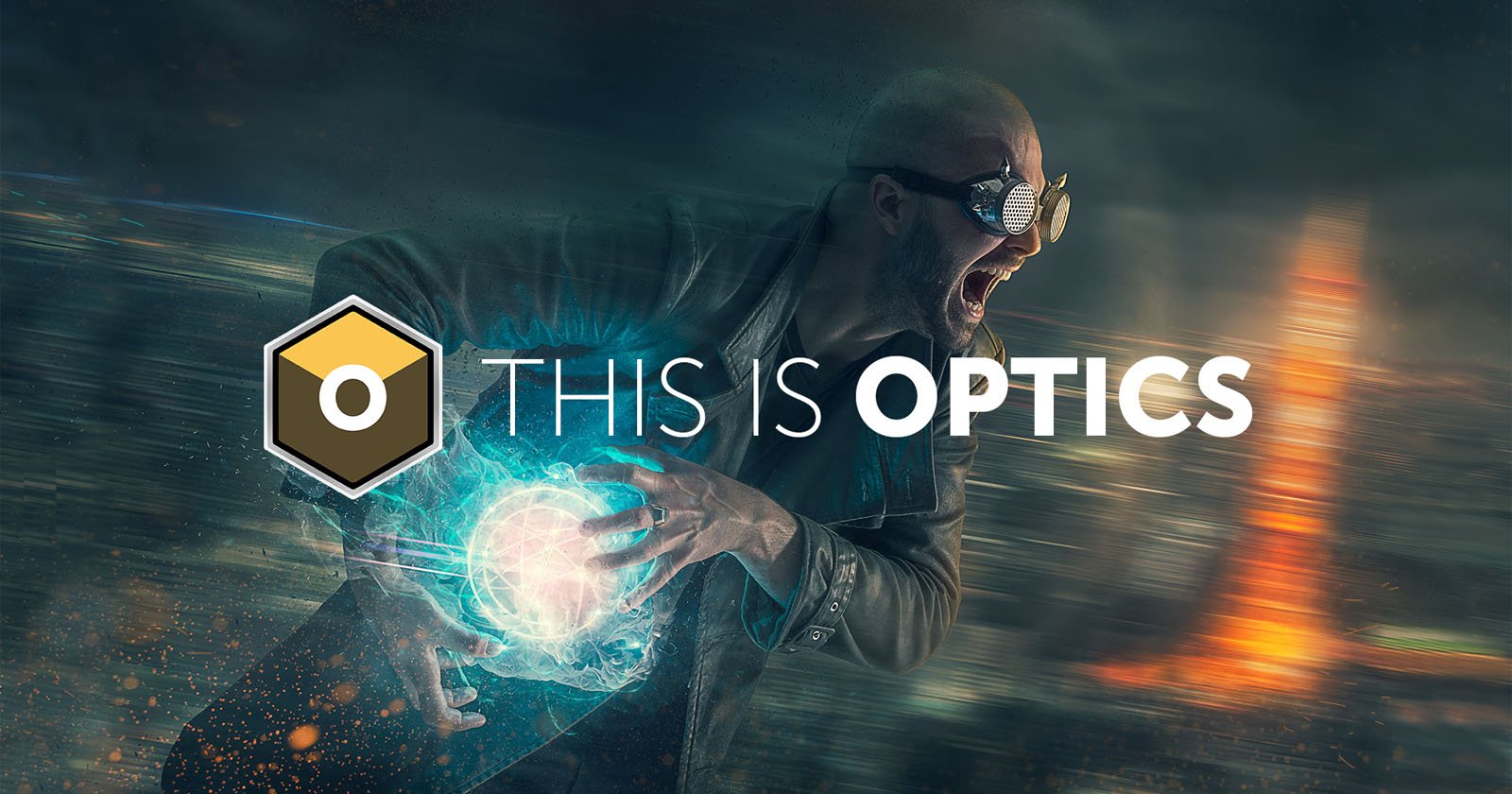 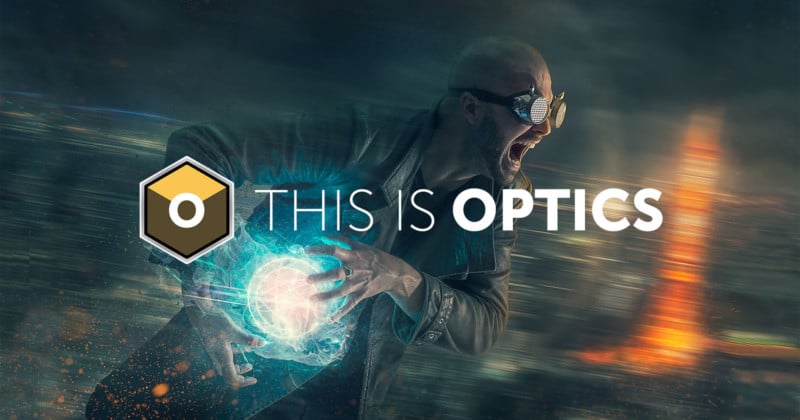 Academy award-winning software developer Boris FX has launched a new version of the Optics plugin for Adobe Photoshop and Lightroom Classic that the company says will add “the same high-end cinematic look and effects to photos that the film and television industry has relied on for over twenty years.”

The Optics plugin, which also operates as a standalone application, comes loaded with over 170 special effects (SFX) broken up into 10 categories as well as thousands of drag and drop presets that can add creative flair to a photographer’s images. The app features an impressive array of tools including layers and masking to make controlled application of the SFX easy to manage, all browseable through an easy-to-navigate library that also enables users to completely customize the filters.

The company says the new update includes presets featuring popular effects such as lens flares, light leaks, gobos, film stocks, and color grades that have been used in Film and TV series such as The Wizard of OZ, Euphoria, Stranger Things, and The Grand Budapest Hotel. 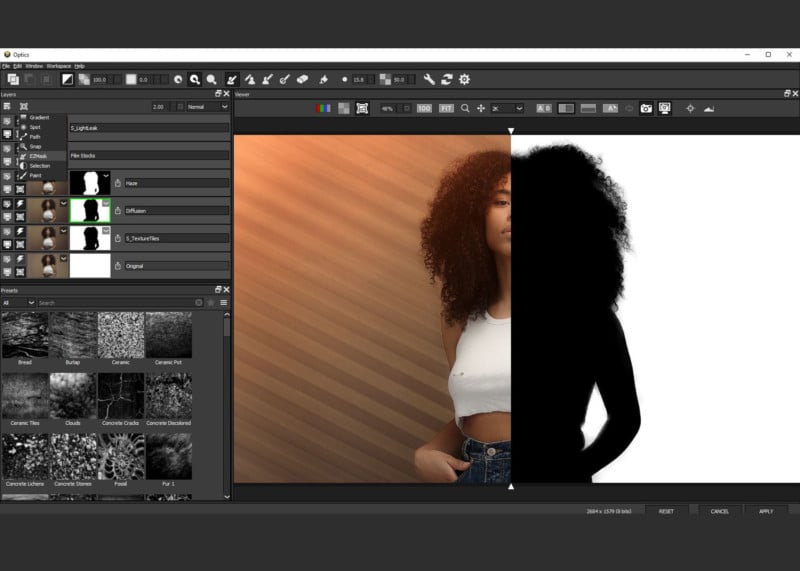 “What sets Optics apart from other Photoshop plugins is its focus on bringing stunning cinematic effects — designed by visual effects artists — to the world of photography,” Marco Paolini, Optics product designer and winner of an Academy Award (Technical Achievement), says.

“We’re excited to introduce a unique and fully-featured 3D particle workflow to Optics 2022. The new Particle Illusion category gives photographers and artists the ability to quickly add photorealistic particles to images in seconds. It features over 1500 presets with options to control the particle size, number, angle, forces, and deflectors. The creative possibilities are endless. Think adding steam to a coffee product shot, fireworks over a skyline, fantastical sci-fi elements, and so much more.”

One of the more notable new features is the addition of Particles for Photo Editing, a new easy-to-use particle generator that allows users to create photoreal effects and “syfy” elements in a realistic manner. These new assets include smoke, water, explosions, dust, fire, electricity, and more. The update also includes additional creative SFX from the Boris FX Sapphire collection that contains UltraGlow, UltraZap, Warp Waves and more. 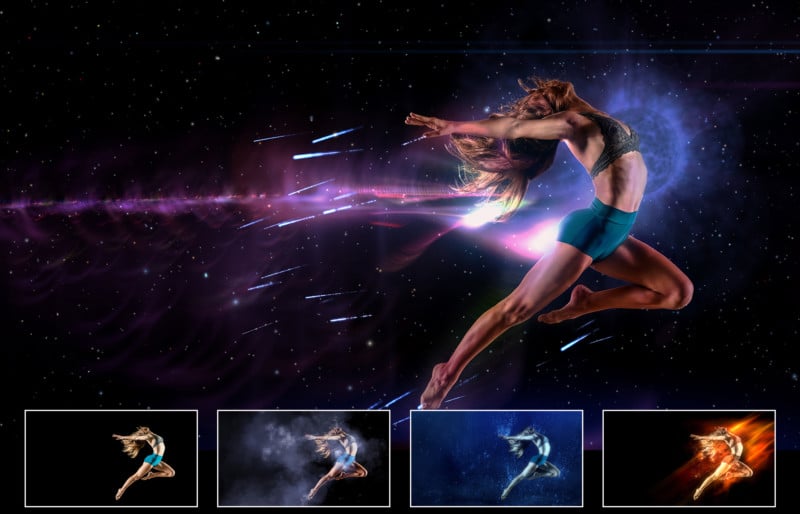 The company says the Optics 2022 release features an updated and streamlined user interface, an improved performance on Macs with native Apple M1 support and Metal GPU acceleration, as well as improved alpha and masking workflows that allow users to move layer masks between Photoshop and Optics for “flexible compositing and layering” and practically unlimited asset creation. 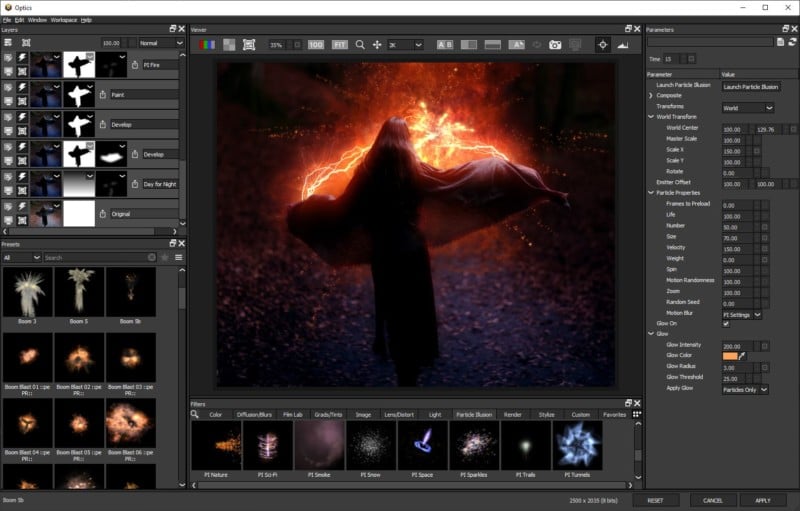 Along with the additional presets, film stocks, gobo/light patterns, and movie look added to the update, Optics 2022 includes new Beauty and Portrait retouching tools (The Beauty Studio filter from the Continuum collection) that adds tools for reducing blemishes, smoothing wrinkles, and even digital makeup controls.

Below are some before and after images created using the Optics 2022 software: 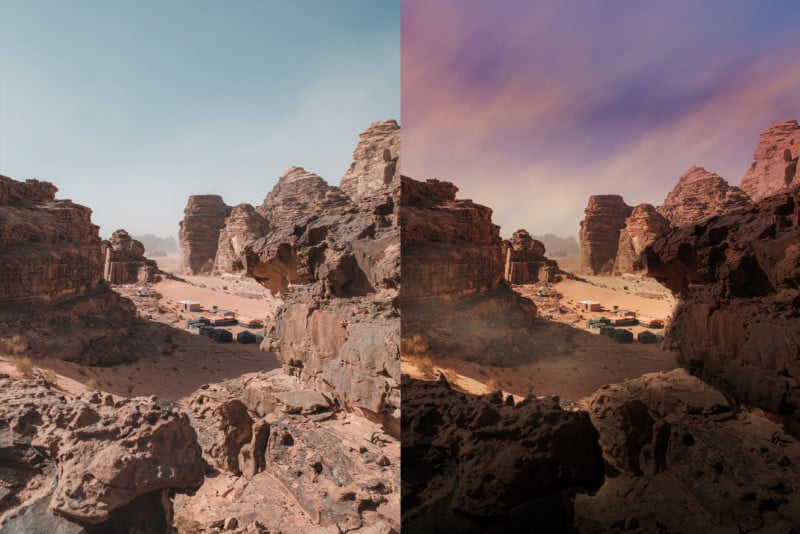 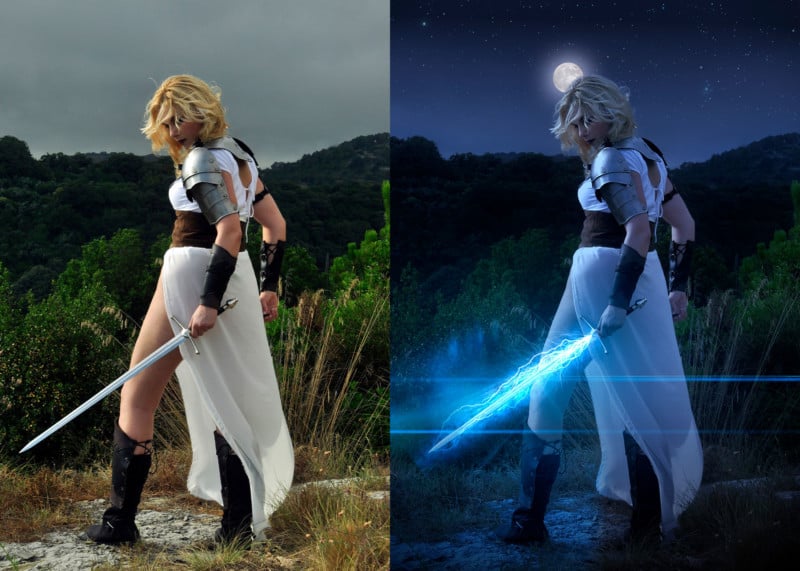 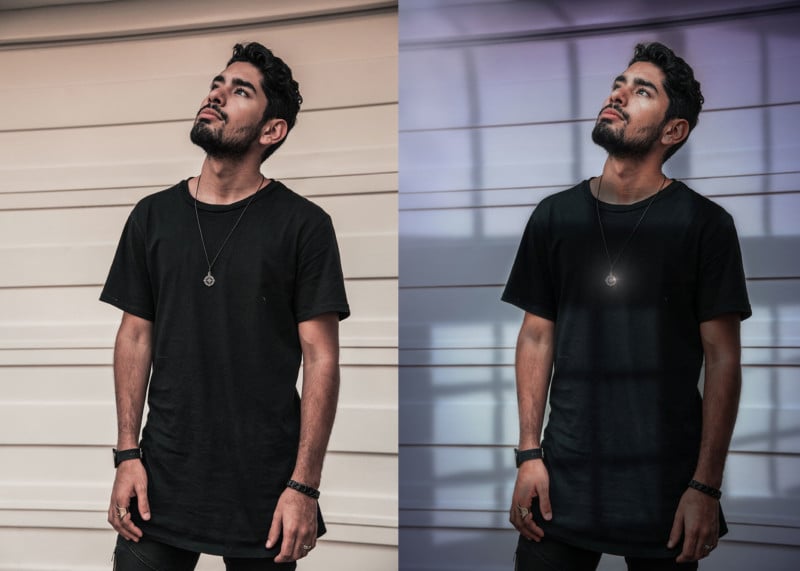 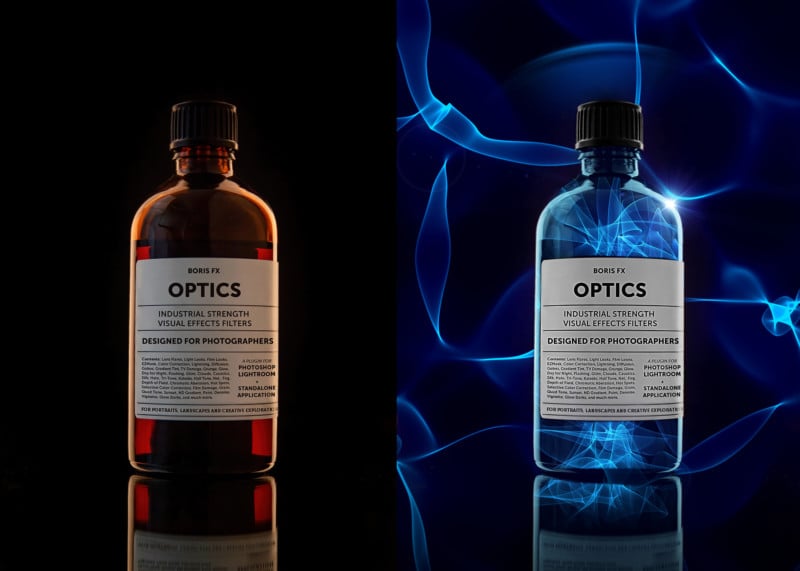 The new Boris FX Optics Plugin is available now for $99 per year or $9 a month. Upgrade options as well as a single purchase permanent license are also available through the company’s website.