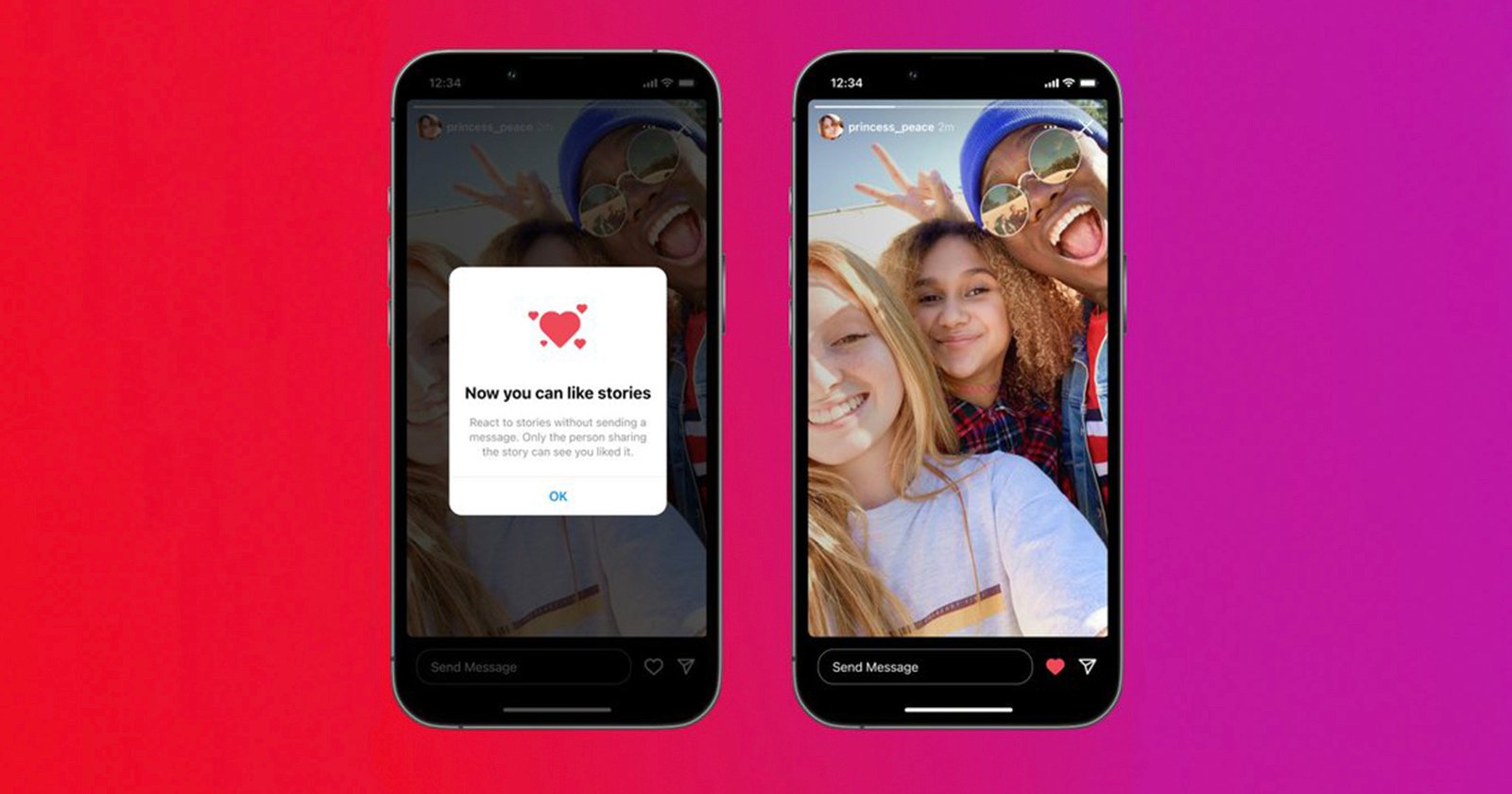 Instagram has announced a change to Stories: instead of all reactions automatically appearing in the recipient’s inbox, users can now like a Story without sending a message and all likes can only be visible to the Story owner.

Despite the recent data privacy issues Meta faces in Europe, it hasn’t slowed down Instagram in rolling out a number of new updates, including a bulk archive and delete feature. As is custom, Adam Mosseri, head of Instagram, announced the newest update to the app in a brief video on Twitter.

Starting to roll out today, you can now send some love by liking people’s stories without sending a DM.

Likes on stories are private and do not have counts. Rather, they appear as hearts next to people’s handles in your Stories view sheet. 🙏🏼 pic.twitter.com/l56Rmzgnnw

The latest Instagram feature is the ability to like any user’s Story through the private Story likes feature. Previously, if someone reacted to a Story, be it with a message or an emoji, the Story creator would receive it in a private message.

Now, when Instagram users look through Stories, they will find a heart icon between the “send message” bar and the paper airplane icon. If a user taps on it, Instagram will send a like to the author of the Story, which will show up on their viewer sheet, not in the direct message inbox as previously.

Unlike posts, Stories won’t have like counts although you can still see who liked your latest Story by swiping up and accessing the viewer sheet. So far, the viewer sheet showed which users have looked at the Story but now it will show which users tapped the heart icon, too.

Mosseri explains this feature allows users to “express more support for each other” without worrying about cluttering up someone else’s private message inbox, seeing as messaging is a key focus for Instagram.

It should be noted that users can only like Stories with a heart icon. For any other reactions, the author of the Story will still continue to receive them in their DM folder.

Mosseri didn’t specify which users are set to get their hands on the new feature first but the announcement notes that the update has started to roll out already.

💡 Turn On Headlights In Photoshop!
UV Filter: Should You Use One on Your Camera Lens?
Tilta’s Camera Battery Grip Provides Up to 170% Longer Shoot Times
Watch Deepfake Tech Flawlessly Change an Actor’s Spoken Language
Rode’s NTH-100 headphones are now a headset with the new NTH-Mic microphone