In 1985, Andy Warhol received an Amiga 1000 home computer, created by Commodore. At the launch, he was joined on stage by Debbie Harry and proceeded to draw her portrait using the then-new ProPaint software. He went on to create several digital drawings with the computer, including a Campbell’s soup can, but many of them remained unseen for decades. In 2014, the Andy Warhol Museum, Carnegie Mellon University, and the Carnegie Museum of Art finally recovered the images from the artist’s old floppy disks, revealing them to the public for the first time.

In the short time since those images were released, the conversation around digital art has reached a fever pitch. Digital art is an incredibly broad category, encompassing genres as far-ranging as 3D modeling or art that incorporates virtual or augmented reality. But to oversimply, digital art is art made using a computer.

The relationship between photography and digital art is dynamic and changing, especially when we start to think about post-processing an image using computer software. In recent years, as that software has become more advanced, the lines between photography and digital art have arguably become more blurred, opening up new and compelling possibilities. 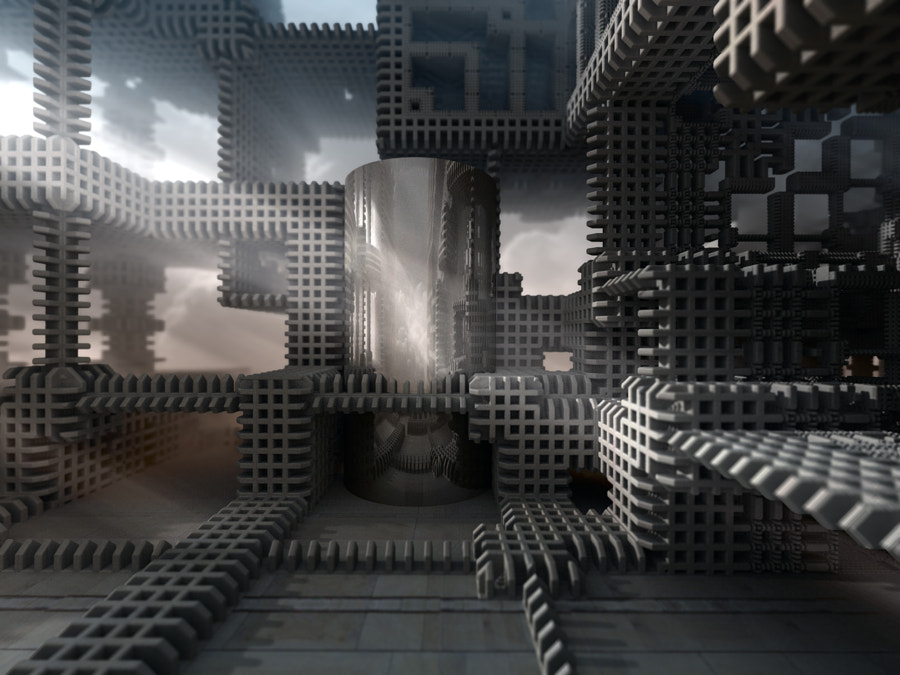 To understand those possibilities, it helps to start at the beginning. Some experts trace the history of digital art to the 1950s, when Ben Laposky, an artist and mathematician, used a lab instrument called an oscilloscope to create abstract images. At the risk of oversimplifying, oscilloscopes use a screen to visually display electrical signals as they change over time.

Laposky used long exposure photography to capture the shapes and forms they created across his screen. These pictures used electronic equipment rather than traditional materials (e.g., paint, clay) to make something beautiful. We can think of his work as photography but also a precursor to digital art.

The 1960s were a time of experimentation and discovery, with much of the art from that time coming from mathematicians and computer scientists. Frieder Nake, one of the first digital artists, wrote algorithms to generate images using a precision plotter, a machine that makes drawings. Interestingly, he introduced randomness into the equation by allowing the machine to make some artistic “choices,” making the final piece unpredictable. Nake once put it this way: “Algorithmic art is precisely described art with lots of surprises.”

We can’t discuss the origins of digital art without touching on the history of the Experiments in Art and Technology (E.A.T) collective, a group of research engineers from Bell Labs and artists from New York City. In the 1960s, these engineers brought artists’ ideas to life, creating everything from floating platforms to TV and movie projections.

It was during this time that the neural processing researcher Leon Harmon and the computer engineer Ken Knowlton created Computer Nude (Studies in Perception I)—a bitmap mosaic created from a scanned photograph of the experimental choreographer Deborah Hay. The image ultimately became the first full-frontal nude to appear in The New York Times.

Inspired by Harmon and Knowlton’s work, the artist Lillian Schwartz soon became an integral part of the Bell Labs community, first creating still graphics and later films. When Don White, also at Bell Labs, made work with lasers, she came up with the idea to film the projections they made on the wall. By 1970, she was working in animation and special effects.

In the late 1960s, another artist, the painter Harold Cohen, started getting his feet wet with computer programming. At Stanford’s Artificial Intelligence (AI) Laboratory in the 1970s, he would create Aaron, a masterful software program for generating complex artworks similar to those made by human artists. Throughout the 1980s and ’90s, Cohen would finesse Aaron, empowering the machine to draw people and incorporate color. Ultimately, he would “collaborate” with Aaron; as the program produced images, he used a brush to transform them into murals.

It wasn’t until the late 1970s and 1980s that computers became widely accessible, allowing more artists than ever to incorporate these kinds of ideas into their practice. Of course, computer art also made waves in the film industry, beginning in 1973 with Westworld. In 1982, Tron thrust computer animation into the mainstream. That same year, Star Trek II: The Wrath of Khan became the first feature film to incorporate an entirely computer-generated sequence, known as the Genesis Sequence. 1993’s Jurassic Park stunned the world with full-motion dinosaurs. Toy Story came two years later. 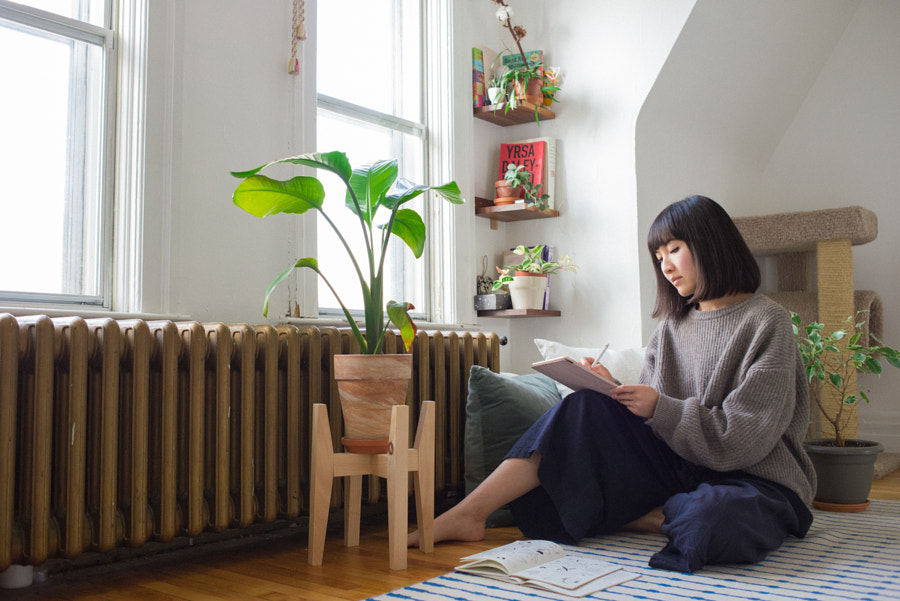 Today, the digital art and traditional art worlds intersect and overlap; when you walk into a gallery and see a digital print, for example, you’re seeing a physical work of art that was made with help from digital technology. Understandably, there’s some debate about what constitutes digital art today: does any artwork that uses computer tech qualify as digital art, or does the technology need to be baked into the fabric of the artwork and its expression? It depends on who you ask, but animation, computer graphics, and digital photography all play a part in this evolving ecosystem. One sticking point that’s plagued digital art for decades is that unlike traditional artworks (e.g., paintings, sculptures, and even to some extent, photographic prints), digital works have not been considered “unique.” Digital files can be copied endlessly, leading some to question whether or not digital art qualified as “real art.” For a long time, digital art was difficult to sell unless it was physically printed, and in many cases, that was what was done. In 2011, when David Hockney created The Arrival of Spring, a series of iPad drawings, they were sold as limited edition prints on paper.

But then in 2018, artists started experimenting with blockchain technology. An early pioneer was the artist Kevin Abosch, who created a token on the Ethereum blockchain for a digital photo of a red rose, titled the Forever Rose. Drawing interest from more than 150 potential collectors, it sold for $1 million, and at the time, it was believed to be the highest-selling virtual artwork to date.

Of course, digital photographs just scratch the surface of the crypto art world. The next iteration of the kind of generative art, that emerged decades ago, can be found in projects like Larva Labs’ CryptoPunks, the now-famous software-generated characters. Their features have been randomly assigned, with certain traits being rarer and therefore more valuable. The creators at Larva Labs ran the generator hundreds of times over before putting them on the blockchain. 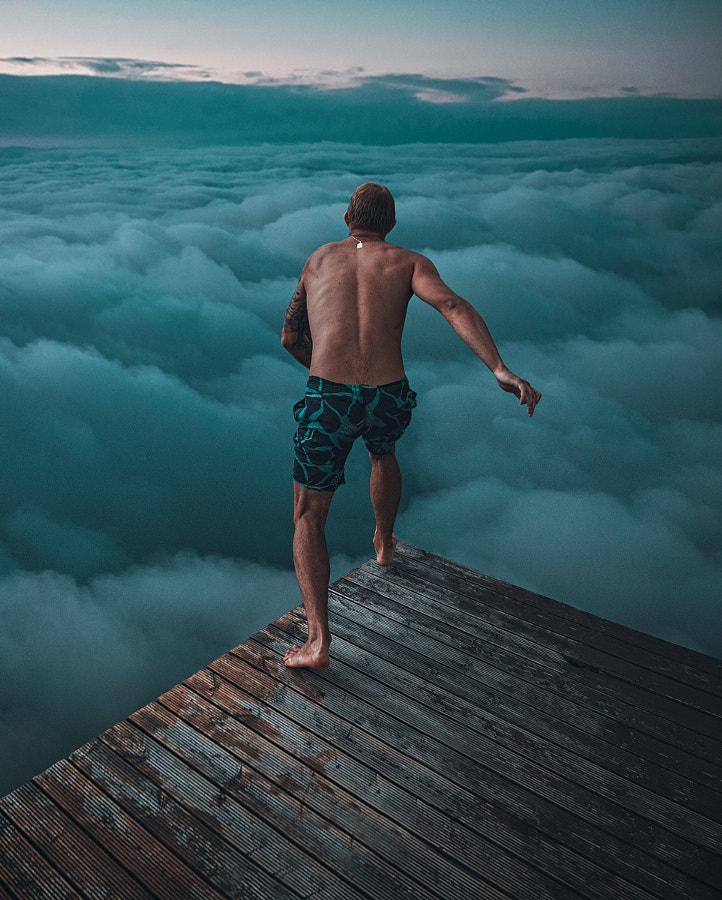 In 2021, non-fungible tokens officially took the art world by storm. As we’ve touched on in previous stories, blockchain technology—which essentially works as a public, decentralized ledger—allows artists to assign scarcity to digital assets. A jpeg or tiff, for example, could theoretically be copied ad infinitum, but NFTs allow us to confirm ownership of the authentic digital artwork. For the first time, collectors can see a clear and viable way to own art that can’t be hung on a gallery wall—and digital art is finally starting to be seen by many as “real art.”

We started this story with Andy Warhol and the Amiga 1000 home computer. In 2021, seven years after their recovery, five of Warhol’s digital artworks were auctioned by Christie’s New York—as NFTs. It marked the first time someone could own a Warhol on the blockchain. They sold for $3.38 million.

Tamron’s New 20-40mm f/2.8 Lens is the Smallest and Lightest in its Class
Spotlight on flat lay photography and how to incorporate it in your commercial portfolio
Sony’s CFexpress Type A Card is the New Capacity King, But It’ll Cost You
How to Edit Underwater Photos
Zoner Photo Studio X Update extends Native RAW and Tweaks UI