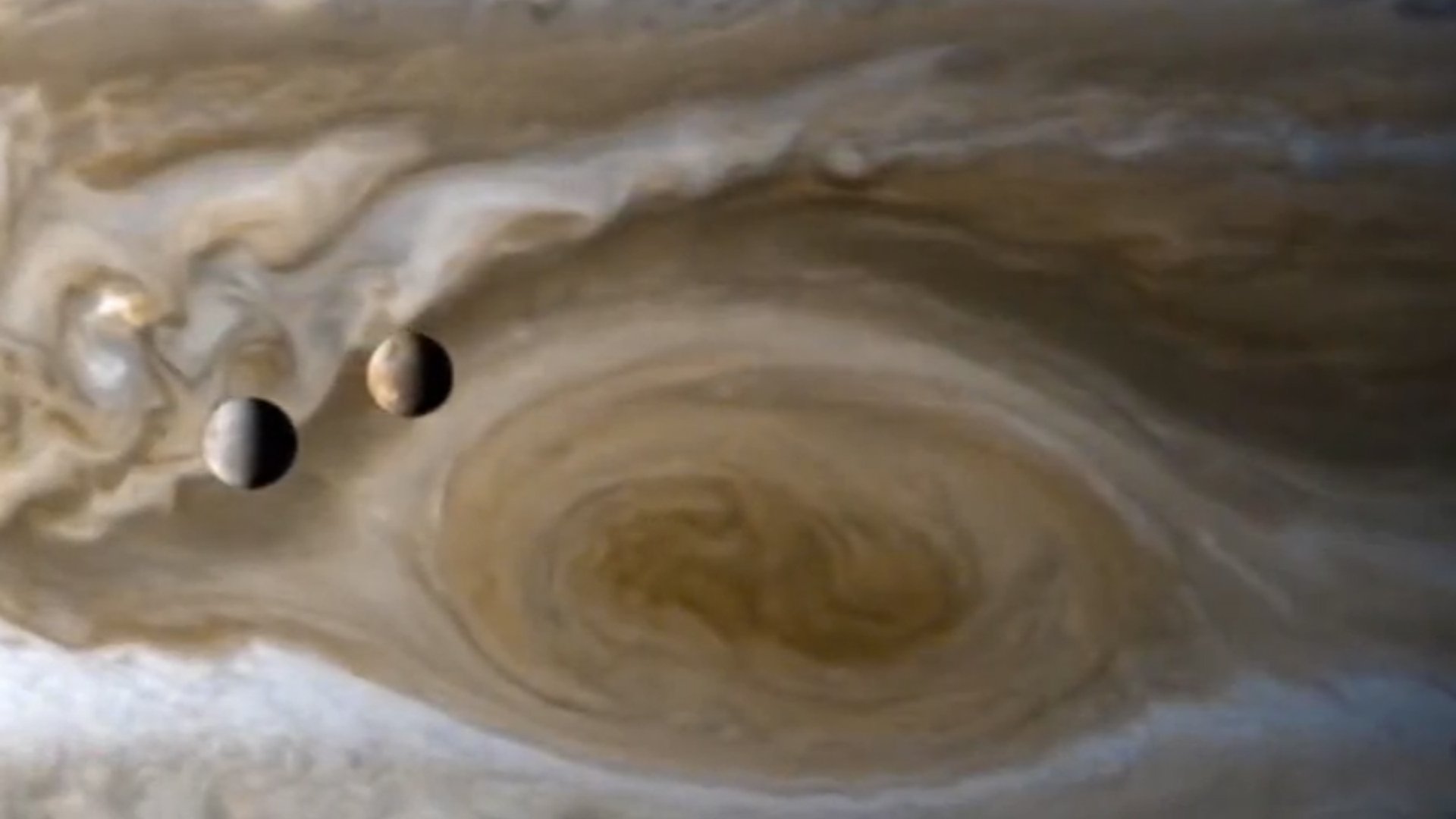 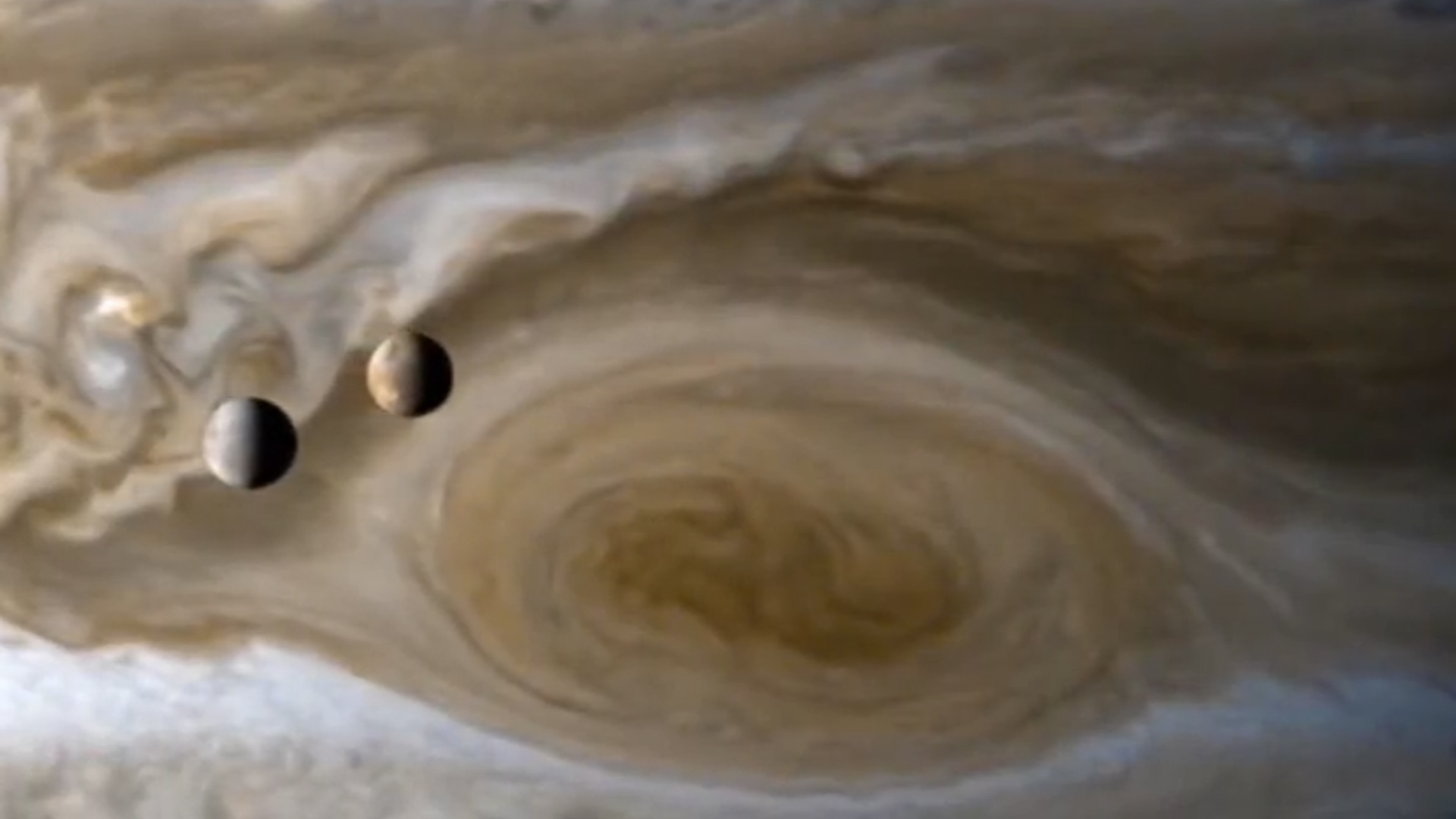 It’s funny how many things are being called out as fakes lately. It seems that most people think everything that’s posted to social media these days has been made by some kid in their bedroom with a copy of After Effects or Blender. The latest victim to the cries of “FAKE!” is a timelapse sequence created from a number of still photographs shot by Cassini back of the moons Io and Europe passing Jupiter’s surface in January 2001.

The video was created by NASA Jet Propulsion Laboratory (NASA-JPL) scientist Kevin M. Gill by combining hundreds of images shot by Cassini into a timelapse sequence. Despite the images being created 21 years ago, the timelapse video wasn’t created or posted to social media until 2018. More recently than that, it’s been posted to Reddit in r/Damnthatsinteresting with the caption “Timelapse of Europa and Io orbiting Jupiter captured by the Cassini probe” but commenters don’t believe it’s real. But are they right? 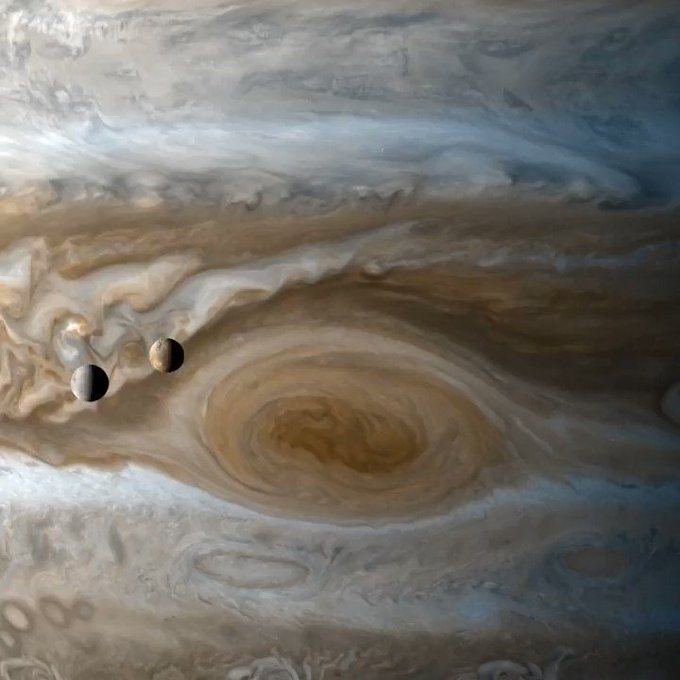 At the same time Kevin posted the video to Twitter, he also posted to Flickr with the caption:

Created using still images taken by the Cassini spacecraft during it’s flyby of Jupiter and while at Saturn. Shown is Io and Europa over Jupiter’s Great Red Spot and then Titan as it passes over Saturn and it’s edge-on rings.

This is sort of an experiment since I haven’t done any actual video in a while and to see if I can do it and if it actually looks good. Hopefully you like it 🙂

After the video was called out on Reddit, Snopes reached out to the source (Kevin) to ask some clarifying questions on its creation. Naturally, Kevin responded.

@jordanliles @CassiniSaturn The motion isn’t wholly accurate as I made it to look prettier than it was correct.
But it’s meant to portray the motion visible from a spacecraft that’s moving at a velocity faster than the moons are orbiting. So, from a stationary perspective, Io would move faster than Europa. One particular space enthusiast that goes by the name… Space Enthusiast also had a follow-up question to which Kevin responded that while they are real photographs, the final results are a composite of two separate sequences showing each moon’s path across Jupiter’s surface. Bear in mind, Cassini’s moving, too, which would explain why Europa is moving more quickly than Io. Or well, it would if it wasn’t a composite with animated movement. The sequence of Io was shot on January 1st, 2001 with Europa was photographed on January 2nd, 2001.

So, yes, it’s “real” in a sense. That is to say that they are all real photographs of the moons passing over Jupiter’s surface, but that’s awfully nitpicky and it’s not exactly documentary footage. They were shot on consecutive days and then composited together in post. The movement was simulated for a more pleasing result, too. Kevin used a little artistic license to produce something that was intentionally supposed to look “prettier than it was correct“.

I suppose it’s like shooting an actor on a green screen and then compositing them on top of a real-world background filmed separately the next day. The actor is real, the background is real, but is the final result considered “real”? After all, he wasn’t there at the time of filming the background. Some (I suspect most) would argue that it’s not real, although others would argue that it is because the source footage is real and not computer-generated.

You can read more information about the video on Snopes. but, I think they got this one wrong with a ruling of “True”. I mean, I like it, but it’s not “real”. The image being depicted is not what was seen on each frame in whole as it was recorded by Cassini. That being said, the claim is that “A time-lapse video shows the moons Europa and Io orbiting Jupiter” and, well, yes, that does appear to be what it represents, in a purely illustrative capacity, but it’s not what actually happened. And users on Reddit, Twitter and Flickr were quick to call out the physical inaccuracies with it.

Of course, Kevin never really claimed that the final result was a physically or graphically accurate representation of what happened in reality. He has been completely open and honest about how it was made and freely admits that it was a composite and the movement was simulated. But even if not entirely accurate to actual events, it still looks pretty awesome! For most of us non-astrophysicists, it’s a case of “who cares?”, really.

It’s worth reading through some of the conversations and responses from Kevin over on Twitter, too, if you’re interested in a learning little more about how it was made.

What do you think? Can this be considered “real” just because it’s made from actual photographs even though it’s a composite? Isn’t any composite, just by the very nature of composites, not “real”?