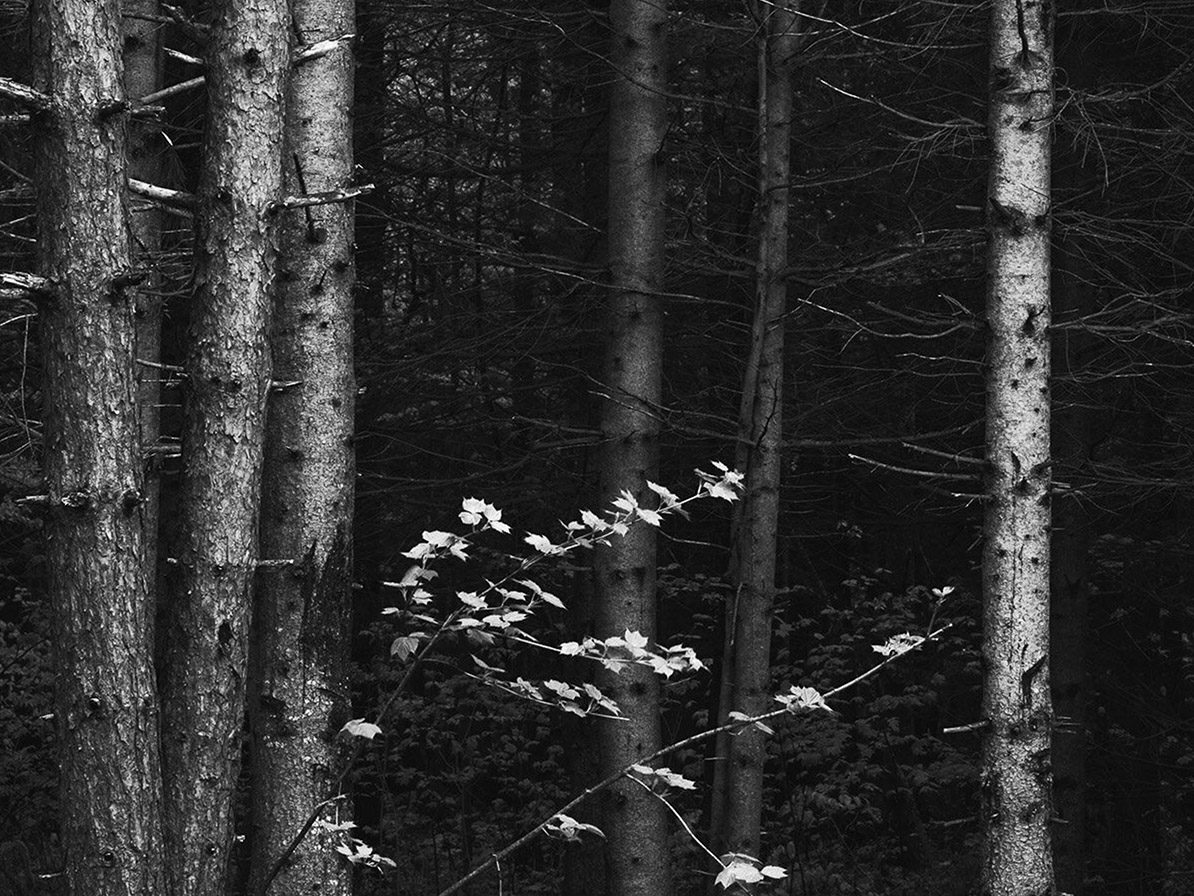 It was May of 2018 when my girlfriend, Melanie, and I made the decision to use my family’s cabin in northern Pennsylvania as a basecamp and travel to various state parks in New York for a week. This was the second year of what has since become our yearly vacations together, taking a week after our spring semester of college ends and going on a trip somewhere.

The previous year, our first, was a camping trip to western Pennsylvania which was not well-planned nor was it photographically successful, a manner in which I was still using to measure my enjoyment. For the second trip, we wanted to keep it simple. I knew of a number of waterfalls surrounding Ithaca, New York, as well as some to the eastern part of the state and some in Pennsylvania, all of which I wanted to photograph to the best of my ability at the time. So that’s what we did.

Though I cannot recall exactly which day of the week we had chosen to head up to Kaaterskill Falls, I remember the drive and the day fairly well overall. The sky above was overcast, dark storm clouds threatening us as we made the three-hour drive. At the time, this was the longest drive we had made, which felt like forever – though only a year later, we would make the thirteen-hour trek down to Charleston, South Carolina, a drive which never seemed to end. I digress.

When we finally arrived at the parking lot, as we put on our hiking boots and I gathered my gear from the trunk of the car, I loosely took notice to the trees around us. Or, should I say, the lack thereof. Three of the four sides of the parking lot were surrounded by trees, but of these three, two of the sides were being viciously pushed back. A solid ten feet worth of the trees on the two sides had been cut back so as to expand the parking lot. Tree stumps sat here and there, but the trees from which the stumps came were nowhere in sight.

Leaving my camera bag aside the car, I began to walk around, exploring the humiliated area while Melanie continued to put on her boots and get her things together.

As I walked, I looked deep into the dark forest and felt a sombre sort of mood coming from within. It was as if the trees were grieving from the loss of their brethren, their family members. But then something caught my eye, gently swaying in the breeze, only a few feet high and two body’s width wide. For a few moments, I looked upon the scene, feeling.

When I brought back my camera and tripod to the area, I began to visualize what the end-result would look like. While I set up my composition, I thought of how I would process the piece so as to embody the grieving mood I had felt when initially setting eyes upon the scene. The small tree – enjoying the abundance of sunlight and taking every opportunity had to soak it all up – was to be the main subject. Its resilience amidst the adversity around it was to be admired, surely.

Though I often exposed a number of photographs of a single scene back then, I cannot recall whether that was the case here. Without looking back at the files from the trip, part of me feels as though this was a once-and-done situation, whereas the first photograph was enough. At the end of the day, though, does it truly matter? I suppose not.

When I look upon the photograph now, while writing this, there is not a whole lot I would change about the composition, nor the editing. Perhaps bringing the highlights down a tad on the forefront trees, so as to allow the growing subject to stand out more, would have been beneficial. This would have had to be done through the use of burning, though, as globally adjusting the highlights would have ruined the glow of the subject.

As for the composition, I wish I had adjusted the tripod just a few inches lower so the lowest leaf of the tree was not so close to the edge of the frame. While this could be amended by removing the lower branch in Adobe Photoshop using the clone tool – which would likely help strengthen the composition as well, since it would not threaten to take the eye out of the scene with its downward diagonal line – I much prefer to leave nature messy and chaotic as it is.

That said, it may have been the case that there was no way to give the lower leaf more breathing space without a newfound distraction being brought into the scene. By this, I mean that a clutter of leaves, a bush, or some other bit of nature could have been sitting below the lower leaf, and by lowering the tripod, this would have been introduced into the frame, providing a new problem. I will never know, though, as this scene – over four years later – is surely not the same any more.

If there is any sort of lesson to be learned by this composition, it is to, rather simply, keep a close eye upon the edges of the frame. Ensure there are no unwanted distractions coming into – or leading out of – the frame, which would otherwise diminish the power of the photograph. These distractions could be a bit of trash or a stray branch, just barely creeping in, which had not been previously noted. If there is no way to compose around them in the field, it is possible that strategic dodging and burning, or perhaps the clone tool, can minimize them in post production. Any sort of distraction upon the edge of the frame can quickly ruin a photograph, limiting the strength the composition would otherwise have had.