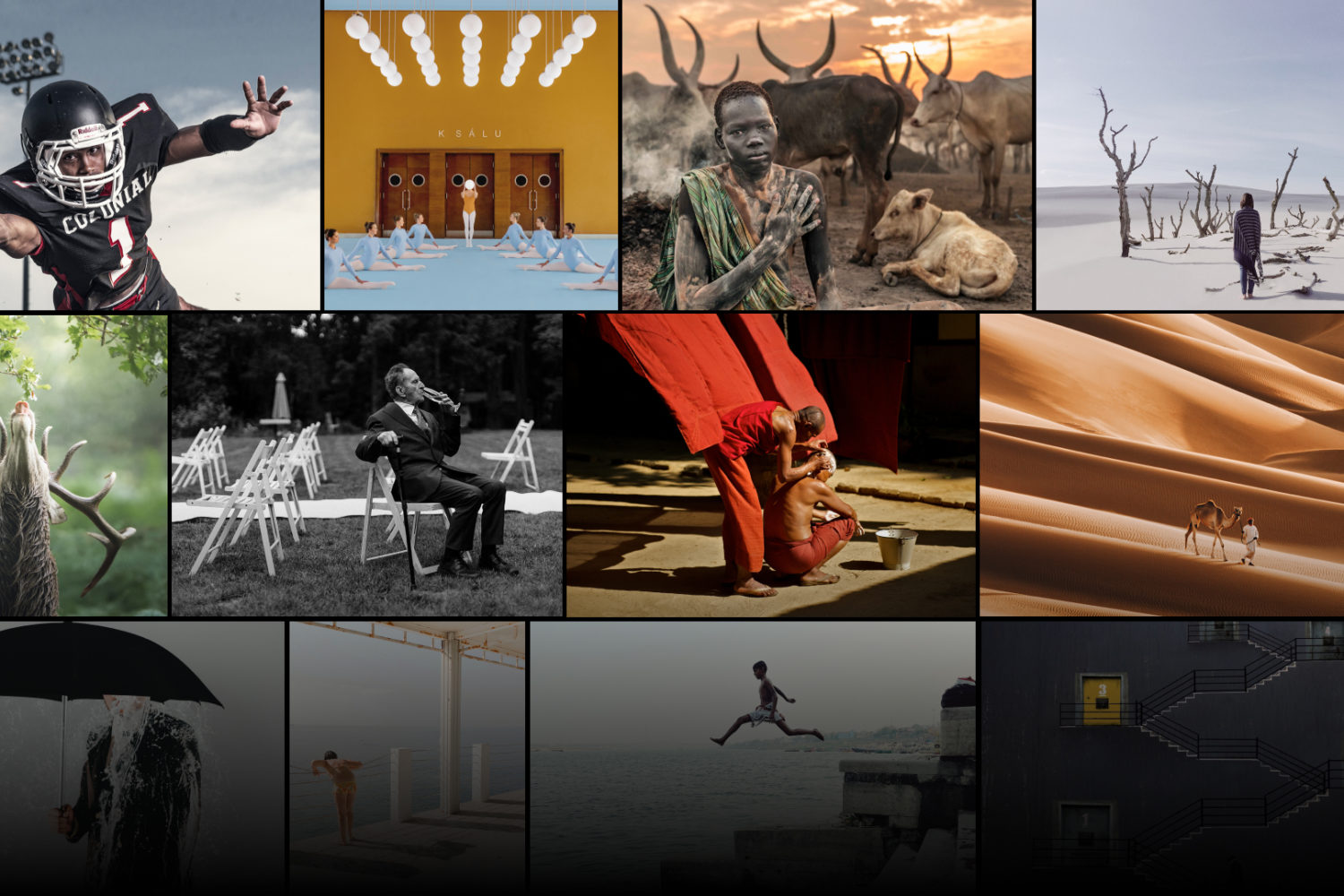 In December, we launched the first annual 500px Global Photography Awards, an initiative created to recognize and highlight the amazing talent within the community. Our Editors came up with four overarching categories that represent the 500px community. Photographers of all skill levels were challenged to submit their best photos to the categories that best suited their bodies of work.

After much deliberation, the team at 500px came together and reviewed over 45,000 images to select this year’s winners and runners-up. The four first-place winners for each category will receive the title of 500px Photographer of the Year, a badge for their Profile, and a $1500 USD cash prize. Each category also has two runners-up who will receive a cash prize.

On behalf of the entire team at 500px, we want to thank the community for taking part in our first Global Photography Awards competition and for inspiring us every day with your passion and commitment to photography.

Now without further ado, we are pleased to announce the winners and runners-up for each category!

Showcasing lighting expertise, well-posed subject matter, and an ability to finesse an image with post-production. 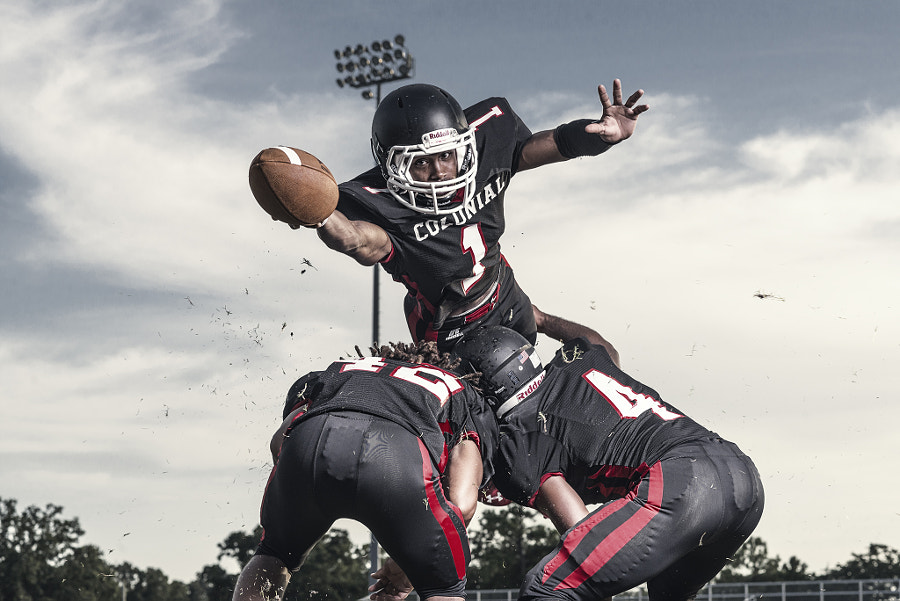 Richard Johnson has a love for the arts and a passion for cinema. His winning image shows us this understanding of motion. He utilizes the still image to tell a story just as expertly as cinematography.

Shooting subjects in motion can be one of the most technically challenging forms of photography, however, Richard show’s the finesse needed for such a task. The way that the player diving for the ball is in the midst of the action but also staring straight into the viewer’s eye. The detailed lighting and high-quality edit even allow specks of dirt to be noticed flying in the air. It expertly combines to captivate and enthrall. The shot expertly teleports an audience to the action.

Challenging technical limitations and pushing the boundaries of reality. 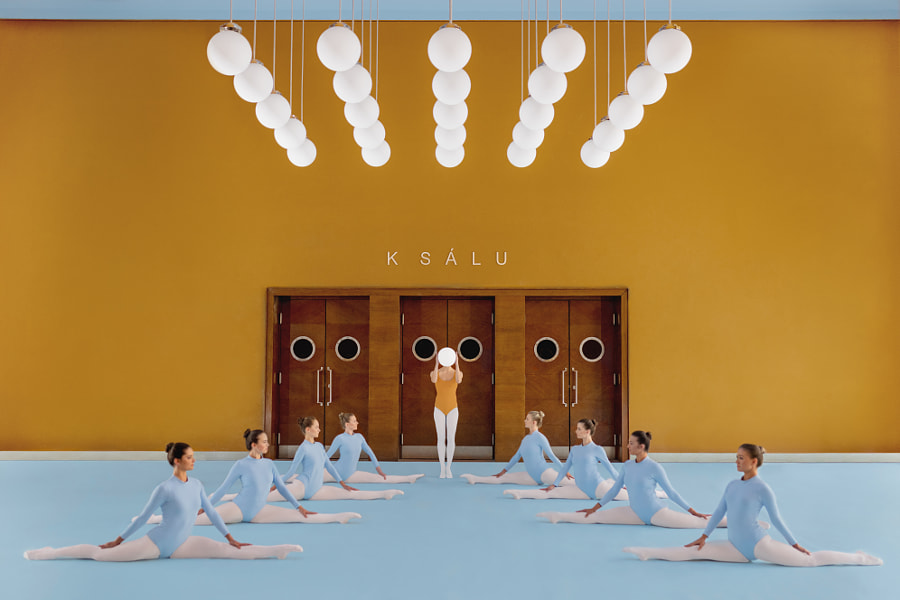 Milos Nejezchleb started his journey as a conceptual photographer back in 2016. He defines style through the use of striking color elements, minimalism, and symmetry. In his winning image, he oversaw the entire production process. The key elements to the image’s success are the people, location, and colors.

Milos’s attention to detail is evident with the perfect positioning of the dancers. Another detail that should not be ignored is the way the blue leotards create a monochrome color story to the floor, while their legs stand out due to the contrast created by the tights. The pointed toes clearly direct you to the central dancer. Contrasting the others the central dancer wears a mustard leotard playing on the studio’s colors and blending her slightly into the wall. As a result, the creative pop of the white circle in front of her face obscures her identity but balances the image.

Recording everyday life in an honest and transparent manner. 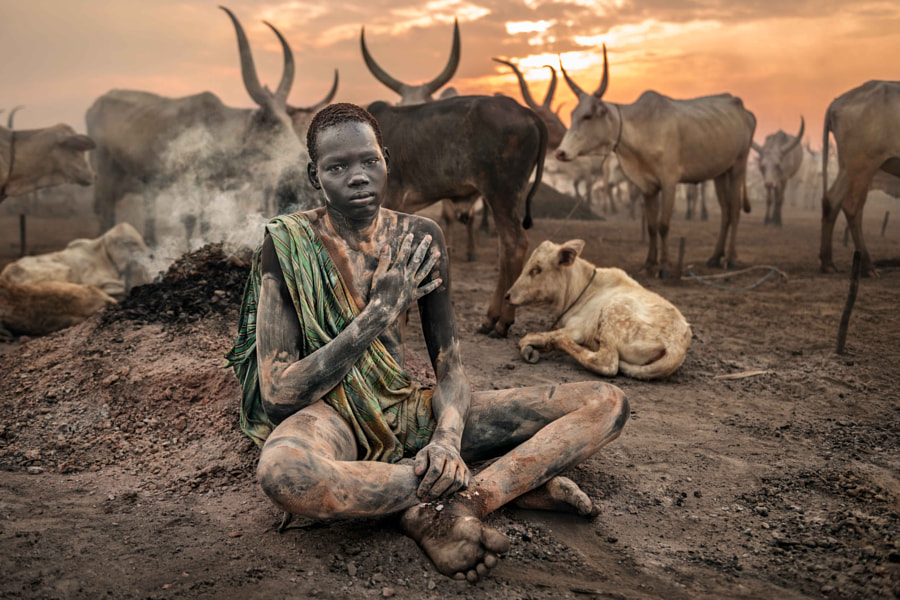 Roberto Pazzi is a documentary photographer in the sense that his work provides a straightforward and accurate representation of his subject. A challenge within this genre can be to ensure approval of an image being taken by a stranger.

In Roberto’s winning image, the child has protected himself against the South Sudan mosquitoes by rubbing ash against his skin. There is a sense of trust as the child stares straight into the eye of the photographer. Permission is allowed for someone outside of their culture to capture what life looks like to them. This trust is the gold that creates documentary images that have longevity.

Showcasing the capabilities of our mobile devices with imagery that is high quality.

Please note that to ensure fair judging our team reviewed the EXIF data to verify that each picture was taken on a mobile device. 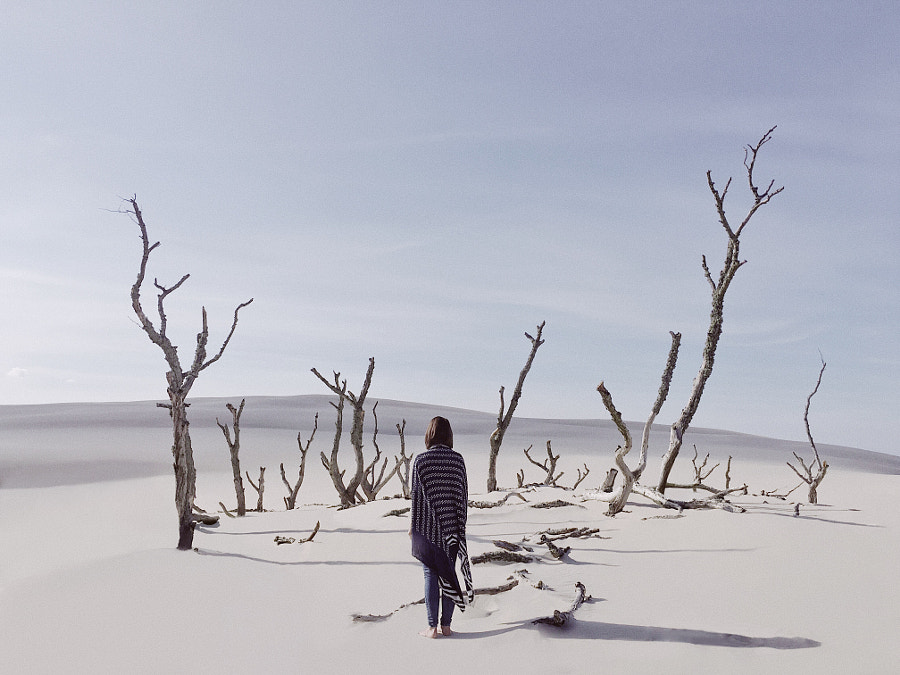 Patryk Kuleta, a.k.a. Trynidada, studied fine art with a specialization in lithography. Analog photography was developed from lithography, this detail is interesting to consider for the winner of the category with the most modern device. Our androids! This winning image highlights the potential of the phones we carry in our pockets.

The image was shot on an iPhone and was improved on in post-production. Trynidada employs the use of minimalism, the rule of thirds, and a soft subdued color palette. 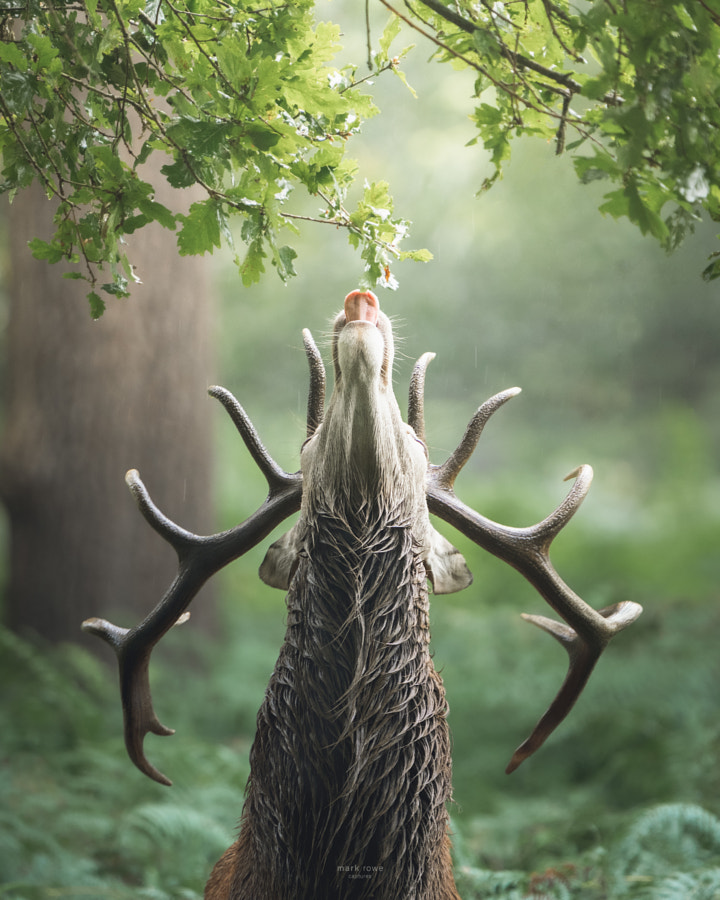 This moment feels like a stroke of luck to have been able to capture. It is a testament to the photographer’s skill. The split-second wildlife capture by Mark Rowe is retold in impeccable detail and delightful framing. 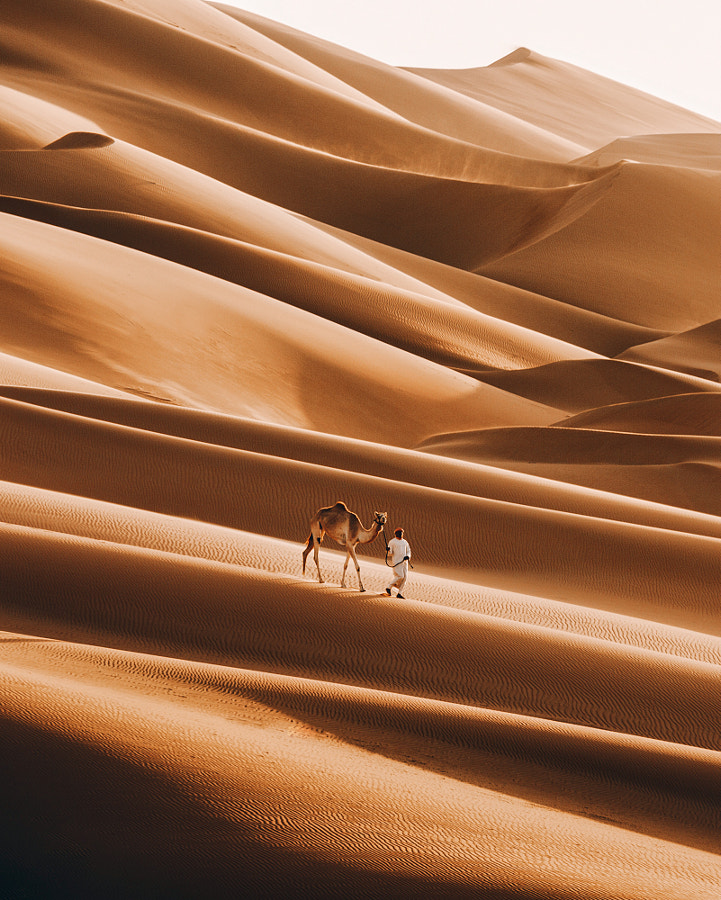 From the diagonal lines to the monochromatic dreamscape and the gradient of color from the darker sand in the foreground to the slipping away hills in the background, Mustafa AbdulHadi showcases his photographic expertise. 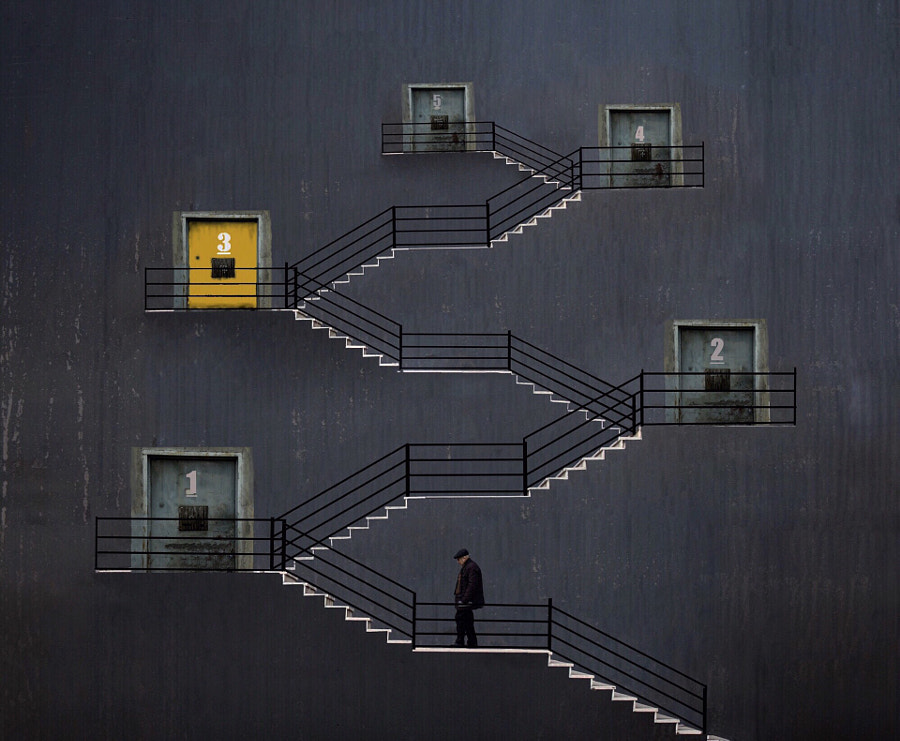 Minimalism, surrealism, and street photography all wrapped up into one seemingly simple image at first glance. However, the changing size of the doors, as well as the central positioning of the subject and the pop of yellow, ensures the image doesn’t become flattened. Creativity doesn’t always have to be loud, instead, Alireza Bagheri-Sani is subtle but effective. 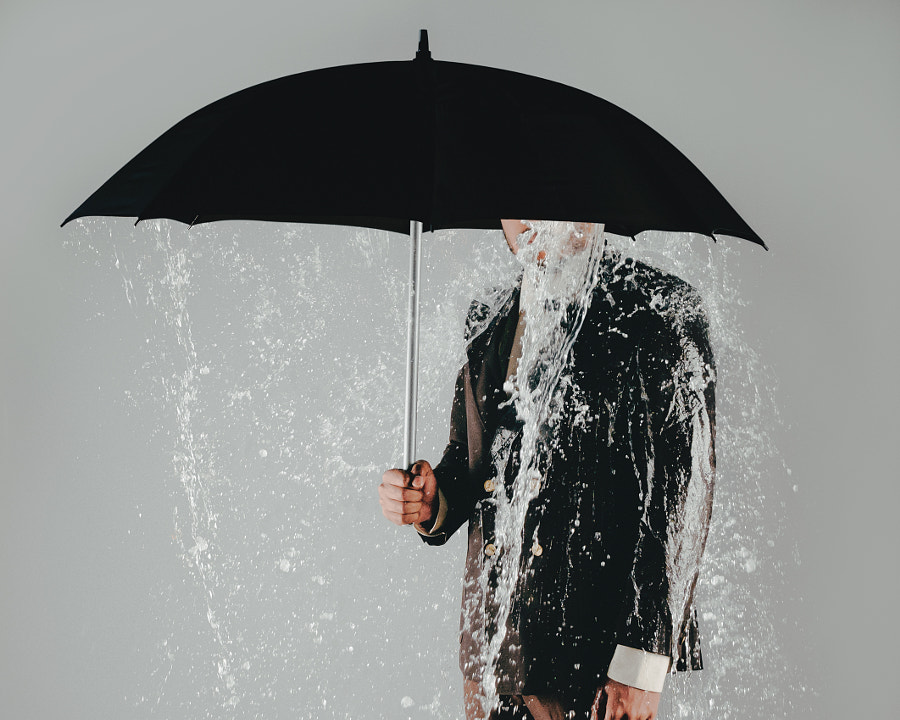 Aaron Ricketts is an exceptional fine art photographer, he bends the viewer’s perception of reality, and instead of using the lens to represent reality, he constructs his own world in front of it. 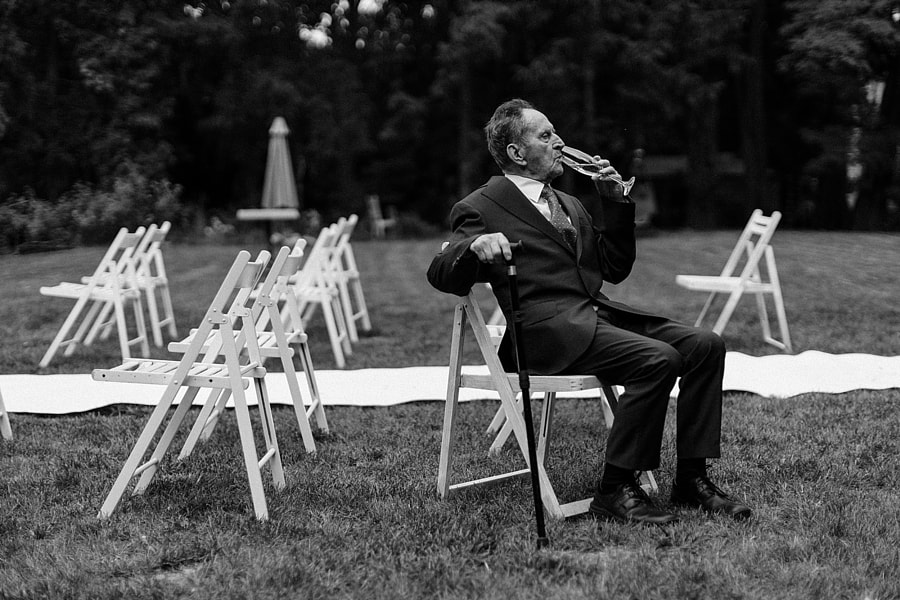 When we think of weddings many of us think of the bride and groom, however, it’s Michal Jasiocha’s ability to capture this unguarded moment that captivated us. The depth of grayscale, and the man’s action of placing the flute to his lips expertly direct the viewer’s attention. 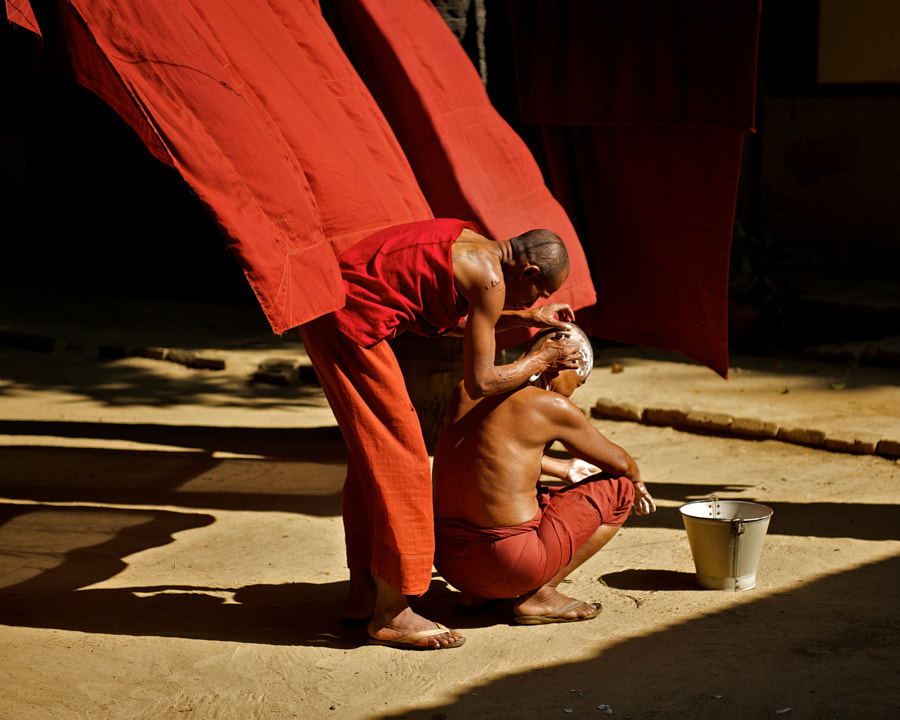 Paul Delaney created the perfect example of a warm image, artful use of shadows, and allowing the lens to highlight the simplicity of caring for the neighbor while the dark tones in the background show an intentional elimination of the elements that hinder instead of aid the documentarian narrative. 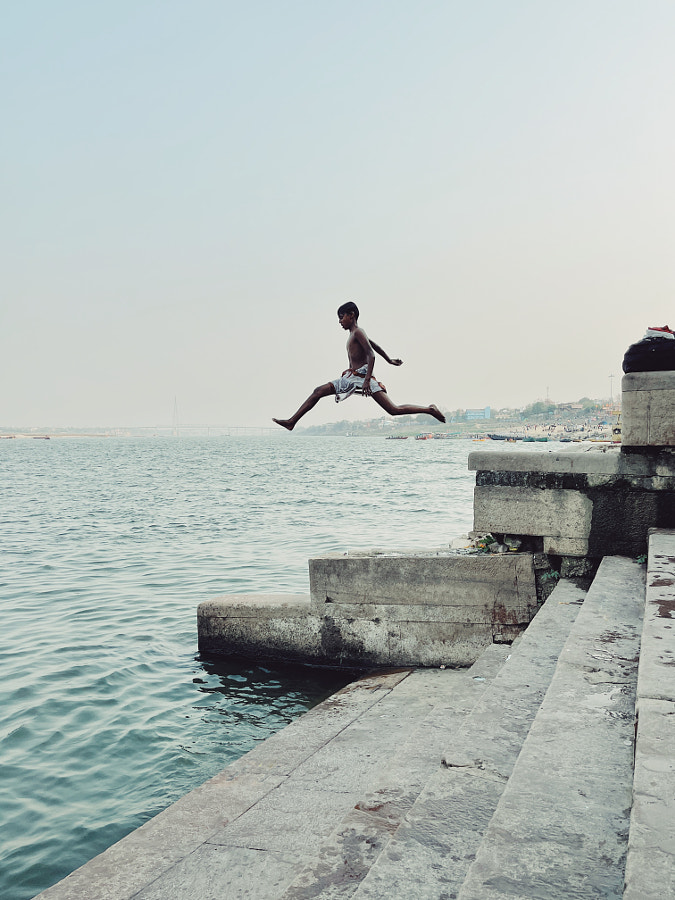 As Henri-Cartier Bresson famously stated, the decisive moment “The difference between a good picture and a mediocre picture is a millimeter” and Roy shows us this with his iPhone, any other moment would not have had the same effect. 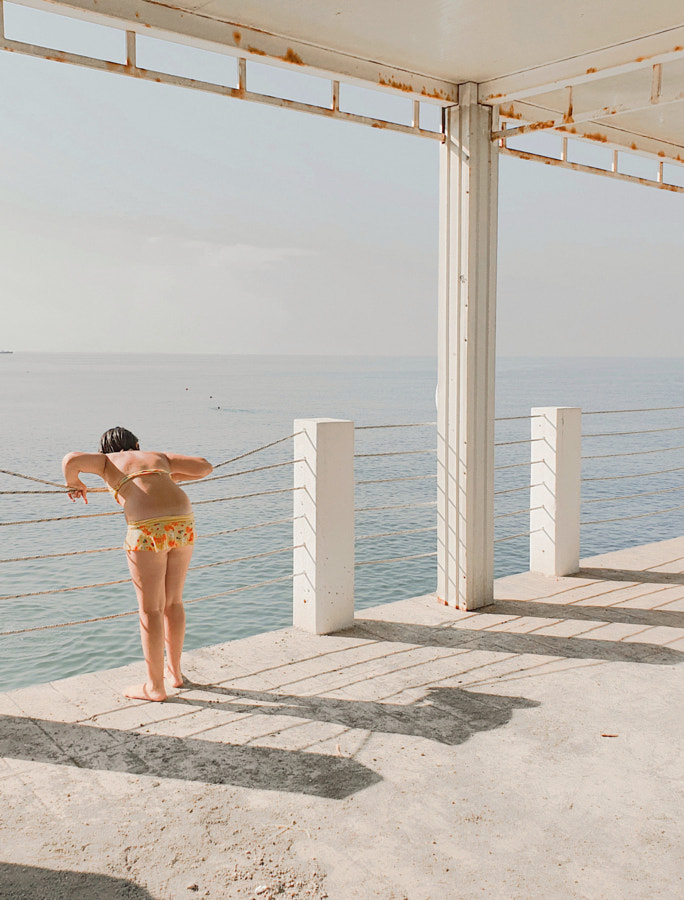 Zuka Kotrikadze blends the painterly nature of photography and the capabilities of a Samsung smartphone in this shot. It is an example of a shot that isn’t overthought. As a result, the image captures a feeling or mood.

Thanks again to all the photographers who submitted their work. Look out for the second 500px Global Photography Awards launching later this year!

Spotlight on flat lay photography and how to incorporate it in your commercial portfolio
Sony’s CFexpress Type A Card is the New Capacity King, But It’ll Cost You
Oh look, now Twitter has Reels too
The WaterField Designs Cargo Camera Bag is a Compact Sling for the City
Lightroom Coffee Break: Adding Photos to a Target Collection