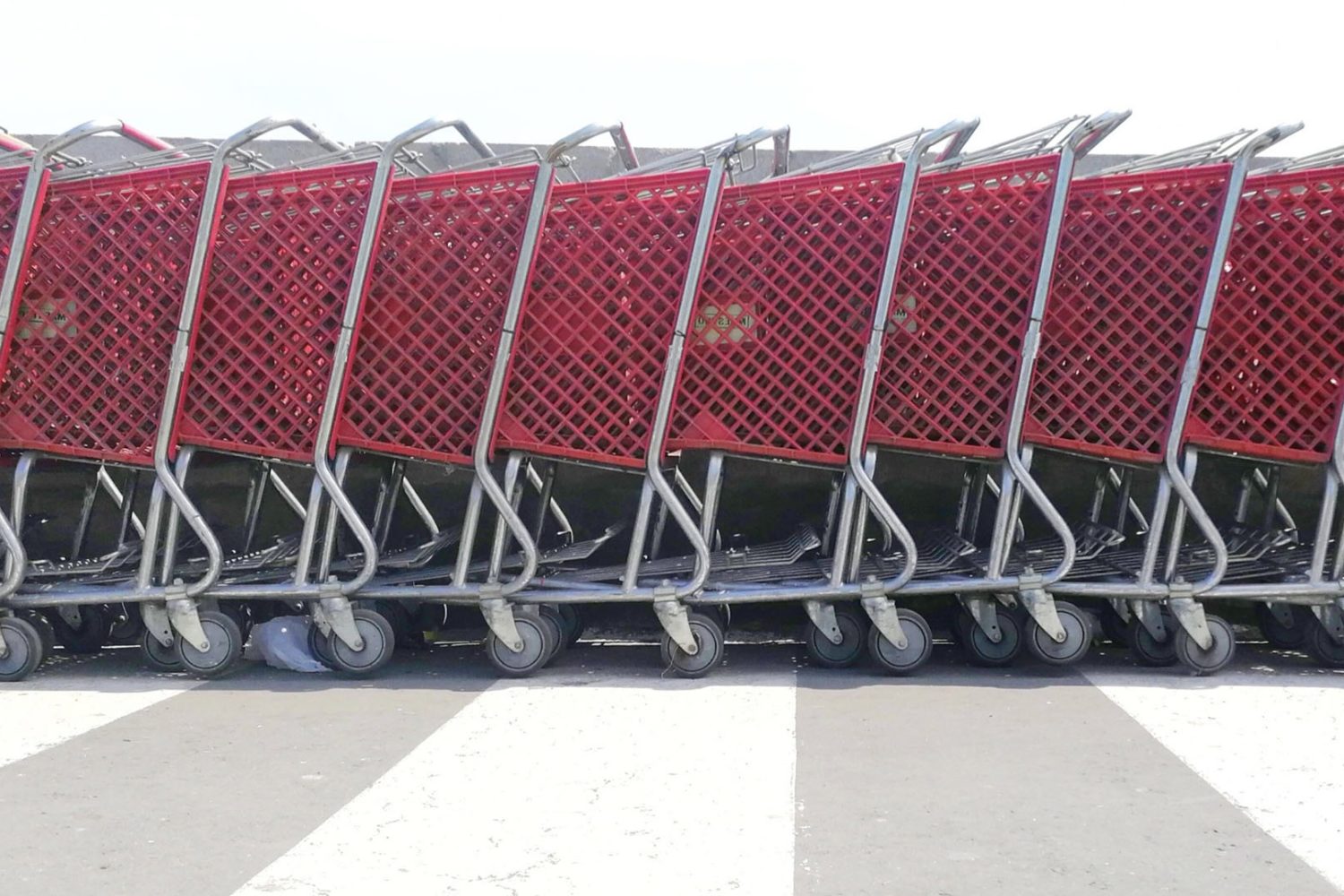 In the past year, contemporary art auctions soared to $2.7 billion, according to research from Artprice, reaching an all-time high after the initial collapse of sales in the early days of the Covid crisis. The rebound can be attributed to a number of factors, including the emergence of NFTs, or “non-fungible tokens.” In March, 22 million people logged onto Christie’s first public NFT sale, with 60% of those under the age of 40.

This year, NFTs alone represented 2% of the overall market for art—and a third of online art sales. NFTs have officially entered the mainstream, with Collins Dictionary making “non-fungible token” their Word of the Year for 2021, citing an 11,000% rise in the use of the abbreviation “NFT.” Let’s take a look at what this phenomenon might mean for the larger fine art world heading into 2022. 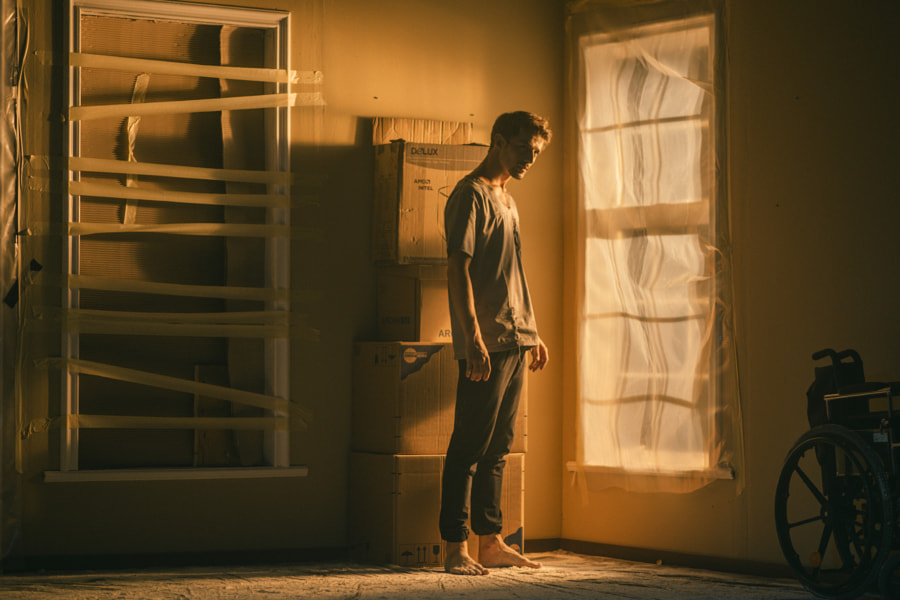 Non-fungible tokens are unique digital assets that are locked into a blockchain, which acts as a decentralized, public ledger. In the art world, we can think of them as similar to certificates of authenticity, allowing someone to own—or sell—a digital file in a way that would have been impossible without blockchain technology.

They’ve also been compared to artist signatures; while countless identical versions of an image could exist, these tokens identify one (or more) of these versions as the real thing. In an era when photographers can easily have their work stolen and copied, NFTs allow them to attach scarcity—and therefore value—to digital artworks. “Previously, digital art forms were unregulated, stolen, or copied without permission or consequence,” the 500px team explains. “Thanks to the blockchain, NFTs can now operate in similar ways as physical art.” 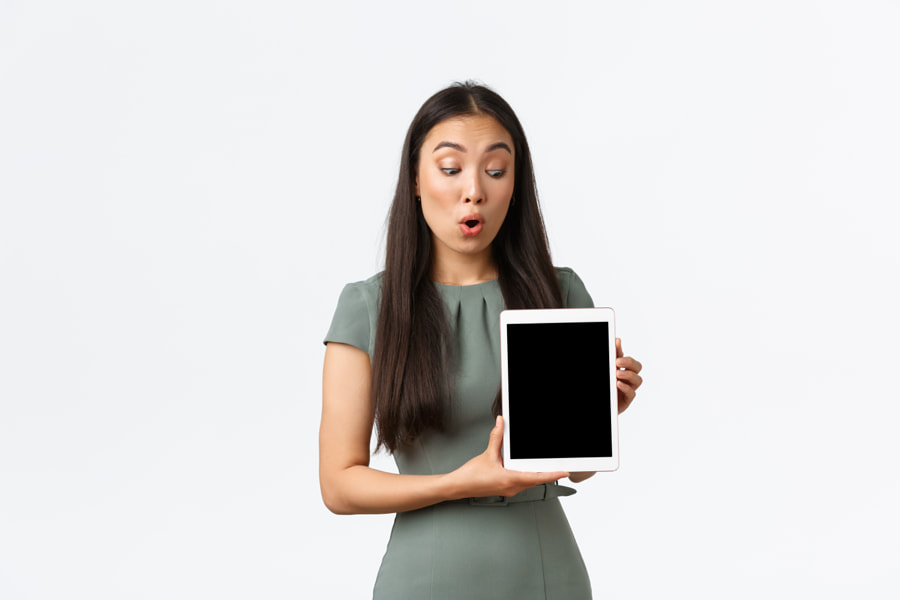 This ability to “own” digital files as part of an art collection has also led to new ways of thinking about what art is. Photographs and illustrations have been sold as NFTs, but so have memes and animations, and that opens up a world of possibility for disruption in traditional art spaces. The traditional art market has undervalued digital art for a long time, but that could change now.

For many, blockchain technology offers the possibility of a more democratic art world, led by a community of artists and collectors instead of the traditional “gatekeepers” (e.g., gallerists, auction houses, art dealers, and so on). On some marketplaces, anyone can mint an NFT, while others are artist-curated, giving power back to the community itself.

For artists and collectors alike, the system bypasses a lot of what makes the traditional art world feel intimidating or inaccessible. According to data from the sale of Beeple’s Everydays: The First 5000 Days—the Christie’s sale that attracted a whopping 22 million visitors—there were 33 active bidders, and 91% of those bidders were new to Christie’s. That number gives us some idea of the potential of NFTs to radically revolutionize who sells, buys, and interacts with fine art in the 21st century. 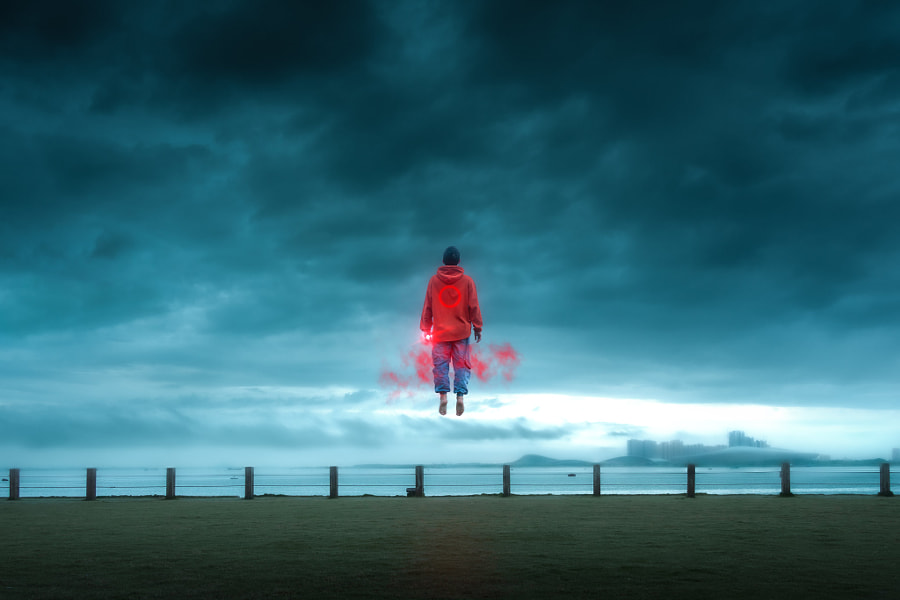 For artists, the emergence of NFTs could mean that you no longer have to have come up through the most prestigious schools, institutions, and galleries to have your work recognized and valued. “To date, NFTs have allowed tons of artists, who were previously struggling to gain exposure, to make a living,” the team at 500px explains. For collectors, this transition could mean you don’t have to go through these gatekeepers and tastemakers to find work you love from up-and-coming artists.

With that being said, NFTs come with their own barriers for entry, including high gas fees and the technological know-how to navigate the crypto world. One way to circumvent some of those issues could be through the use of “lazy minting,” where artists can opt to have their pieces minted at the moment of purchase, avoiding the upfront cost of gas fees. NFTs rely on “smart contracts” that give photographers and other artists more control over what happens when a piece is resold. With NFTs, the artist usually earns a 10% royalty every time their work is resold, meaning that they can continue to earn (potentially a lot of) money as an asset changes hands—something that rarely happened in the traditional art world.

Depending on the marketplace, photographers might even be able to set the percentage they want to earn upon resale, and some artists have set up smart contracts to give to non-profits. Experts speculate that this aspect of NFT sales could lead to fairer pay and more equitable distribution of funds down the road. One artist, Sara Ludy, used smart contracts to ensure the profits from the sales of her work would go to the art workers at her gallery. 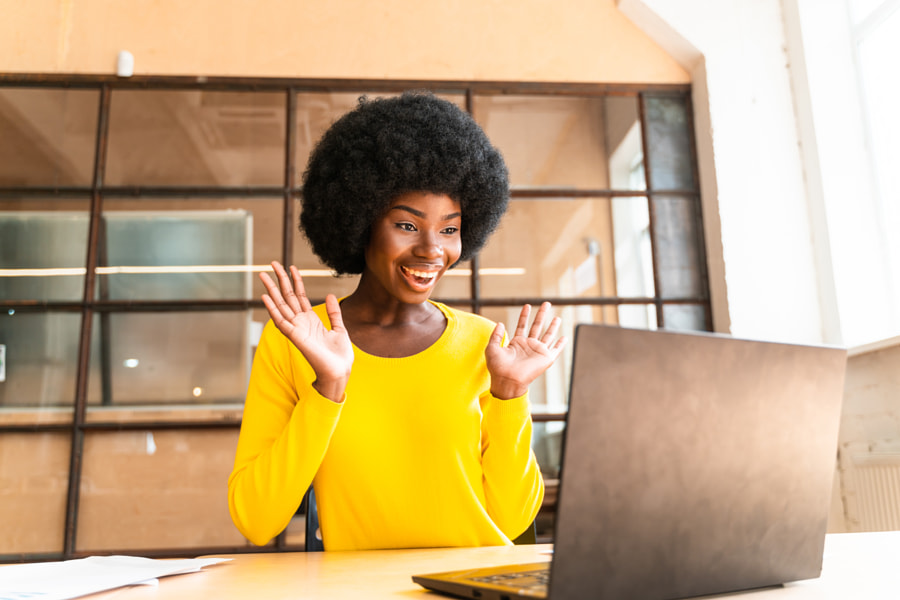 In the traditional art world, it usually follows that as a piece is copied and reproduced, its value drops. Limited edition prints, for example, usually sell for more than open editions. But one interesting idea to consider with NFTs is that repetition and widespread use of an image could potentially increase the value of the provably authentic version of that image.

That is, if an image is used repeatedly and seen around the world, that would raise its profile, making the NFT worth more in many cases. This unique aspect of NFTs raises important questions about access. As an image becomes more accessible, it could also become more valuable. 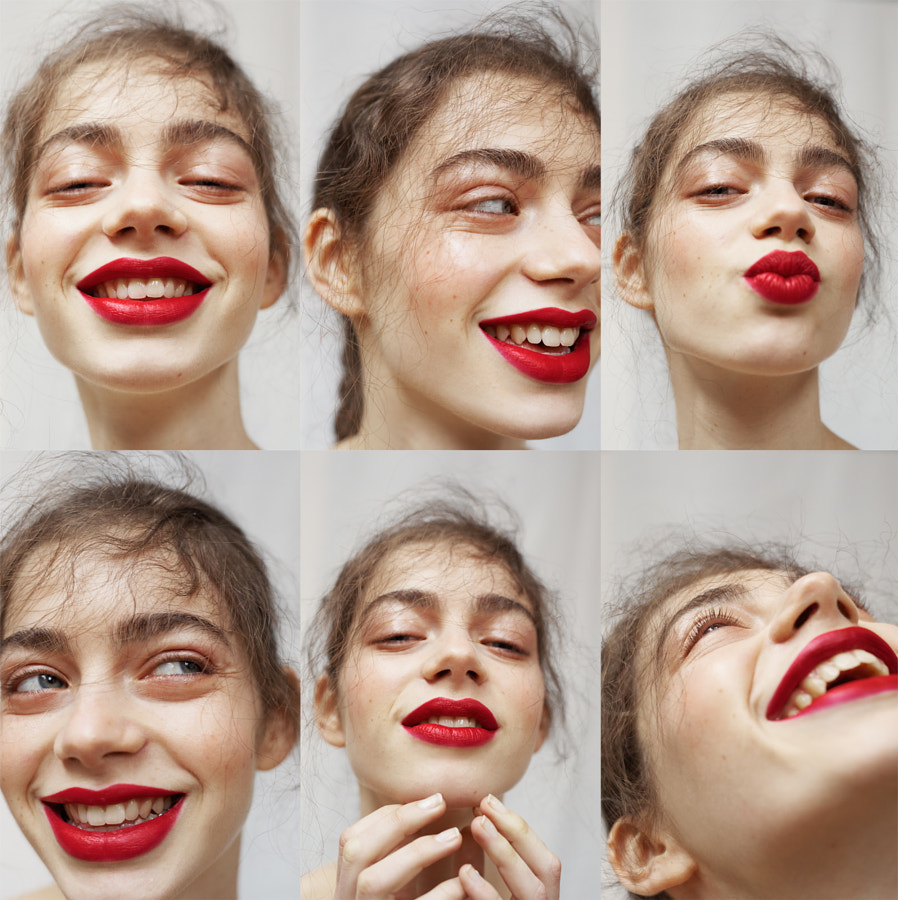 While the art world might once have catered to the elite, many of these digital images are available for public consumption, entirely for free, and that marks a significant shift. The metaverse also offers the potential for new ways of viewing art. Instead of artworks being held in private collections or stored by institutions, often unavailable to the public, we could have virtual museums and art galleries. 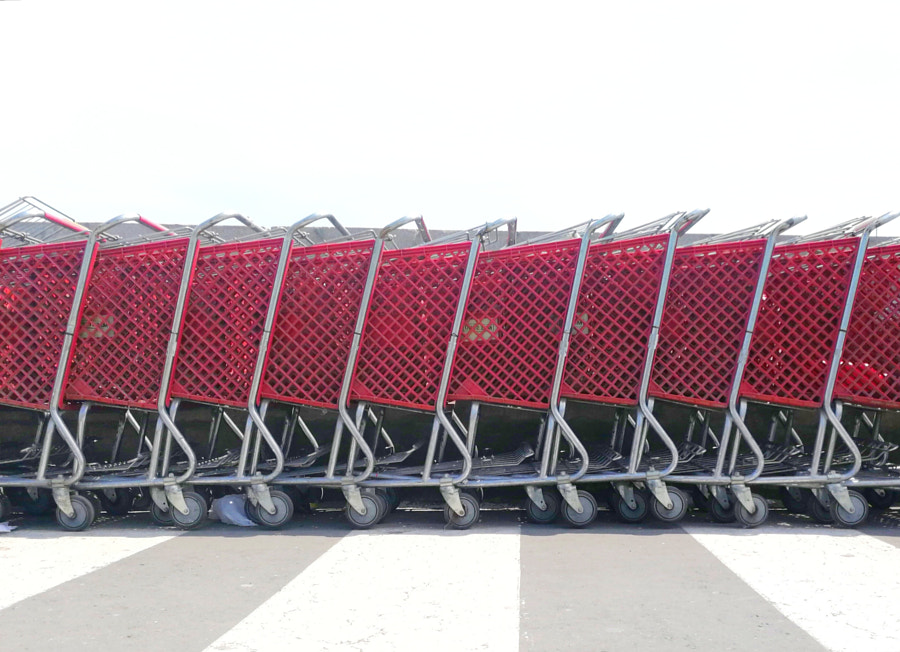 As we touched on before, the NFT community can also feel more accessible to first-time collectors. While some NFTs have sold for astronomical prices, many are relatively affordable. Marketplaces are also working to make the tech simpler and more intuitive for cryptocurrency beginners, including the rolling out of features that allow collectors to use credit cards, without needing crypto (though you’ll still need to open an NFT-compatible wallet).

The NFT space is still so new that even the pros don’t yet know where exactly we’ll be five, ten, or twenty years down the road. One recent project that highlights the potential of the digital versus physical art world is Damien Hirst’s NFT project, The Currency, released in July. The project comprised 10,000 NFTs and 10,000 corresponding physical works on paper. 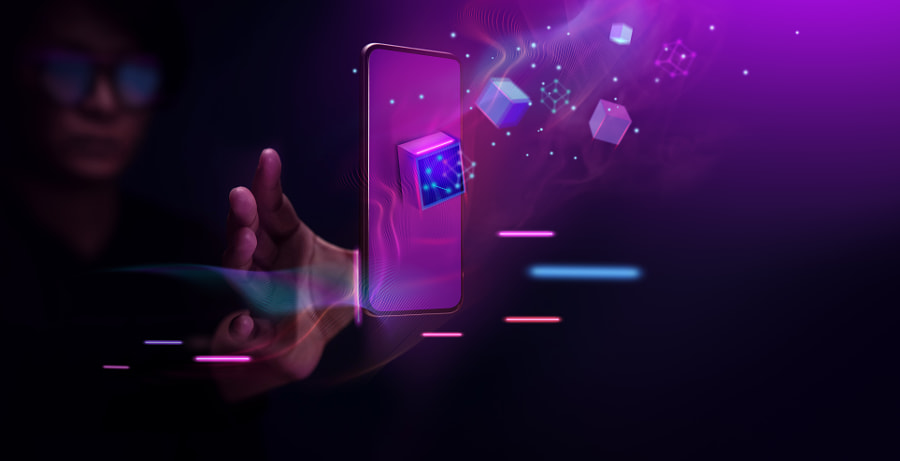 But Hirst gave the collectors a choice: they could keep the NFT, or they could turn it in for a print. They couldn’t keep both, and whatever they didn’t choose would be destroyed. He’s tasked the collectors with deciding which of the two will be more valuable in the future: the NFT or the physical piece. We still don’t know the answer. 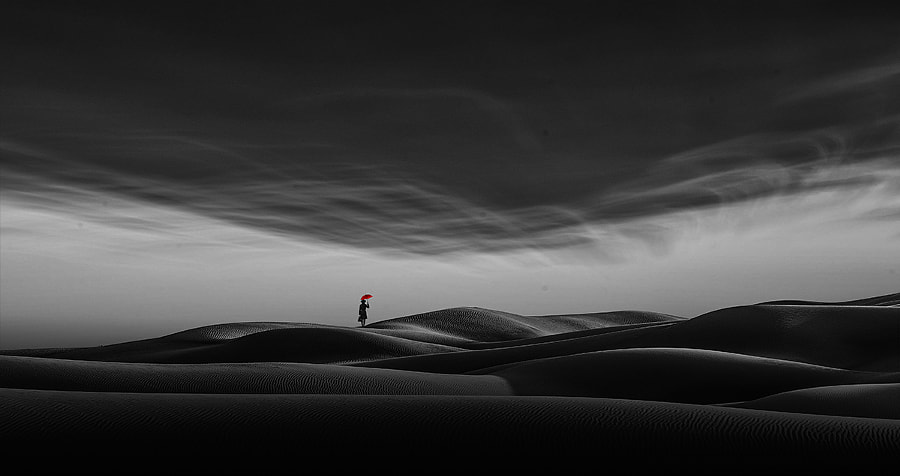 Ultimately, the future of NFTs rests with the creative community itself, from the tastemakers who’ve emerged in the last year to the new voices just entering the space, independent of the “old world” art establishment. “Art, in its very essence, is typically meant to be viewed and consumed by the public,” the 500px team tells us.

“NFTs have strong backing from artists and collectors, and this is one of the most crucial indicators of their success in the long term. And although many say it is too early to say if NFTs will disrupt the fine art market at scale, it is clear that they do have the potential to solve real-world problems that currently exist in the traditional art world.”

What is Butterfly Lighting and How to Use It for Portrait Photos
Prepare authentic photos of LOVE for Valentine’s Day 2023
Can You Find the X? Photographer’s Gigapixel Images Contain Hidden Code
Using the AstrHori 18mm f/8 Low-Cost Shift Lens
The Lime Two is a New and Improved Hot Shoe-Mounted Light Meter