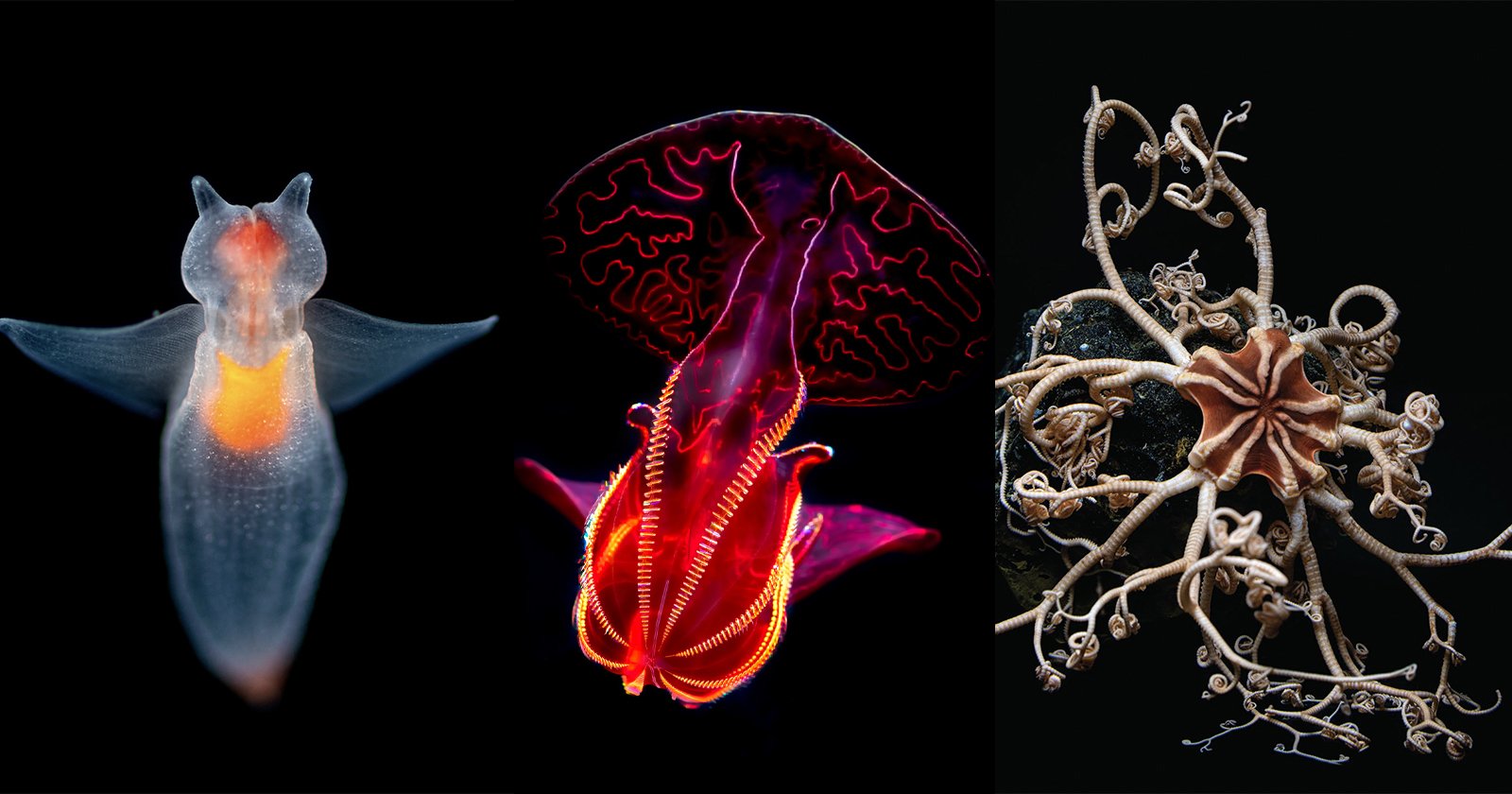 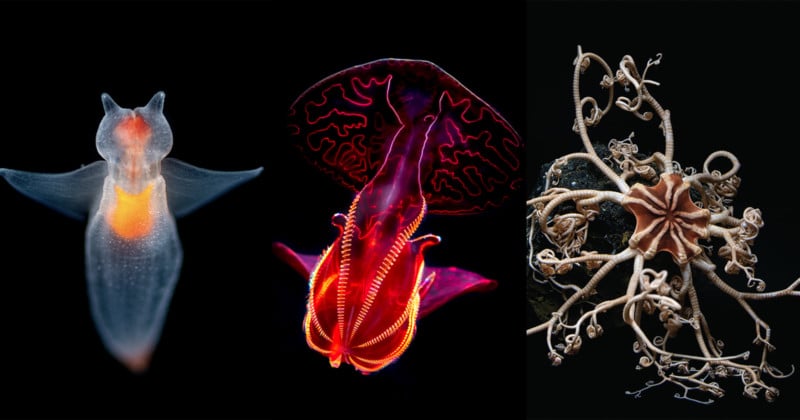 The creatures that can be found in the dark depths of the midwater and seafloor range from breathtakingly beautiful, to curious, to terrifying.

A Look at Some of the Ocean’s Residents

Below are a series of photos of some of these incredible creatures, courtesy of the Monterey Bay Aquarium.

Bioluminescence in the Deep Sea

MBARI, which operates separately but in coordination with the Aquarium, has published a video about bioluminescence and why animals create their own light.

MBARI Senior Scientist Steve Haddock and his team are working to decipher the secret language of light in the deep sea. His team’s work has revealed that bioluminescence is actually quite common in the deep. From zooplankton to jellies, fishes, and squid, deep-sea animals have adapted to use light in a variety of ways. MBARI’s work is helping biologists understand how and why these remarkable animals produce their own light.

The information that MBARI has collected is a part of the Into the Deep exhibition that the Monterey Bay Aquarium will launch later this year. The groundbreaking exhibition will offer a rare look at the animals that thrive in the least explored area of the planet and will feature an immersive experience recreating the world of deep-sea bioluminescence.

The Monterey Bay Aquarium is gearing up for a new exhibition that will focus on some of the creatures that can be found in the largest living space on Earth. Called “Into the Deep,” the exhibit will take visitors through multiple levels of the ocean, starting with the surface waters that are filled with the sun’s light down to the seafloor where giant crabs, bone-eating worms, and giant isopods make their homes near hydrothermal vents.

Most of these creatures have never been seen by a majority of the population up close or in-person and the goal of the Aquarium is to bring attention to these creatures who, while invisible and unknown to so many, nonetheless play a critical role in the health of the planet.

The Aquarium says the exhibition represents a breakthrough in aquarium animal care and life support. Innovations — like the most sophisticated water treatment system the Aquarium has ever designed — replicate the varied conditions needed by deep-sea animals. While all the animals on exhibit can survive at surface pressure, the life support systems created for the exhibition lower water temperatures, adjust pH, and reduce oxygen levels to sustain animals.

“Into the Deep: Exploring Our Undiscovered Ocean” will open on April 9, 2022.

Storaxa is a Customizable Remote NAS and Home Cloud Storage System
Surf Photographer Questions Beach Drones: ‘They Make a lot of Noise’
Photographer falls 80 feet to his death while shooting from a parking garage
Sigma 50mm f/1.4 DG DN Art Review: Upping the Ante Across the Board
How to Photograph Sun Rays in a Forest