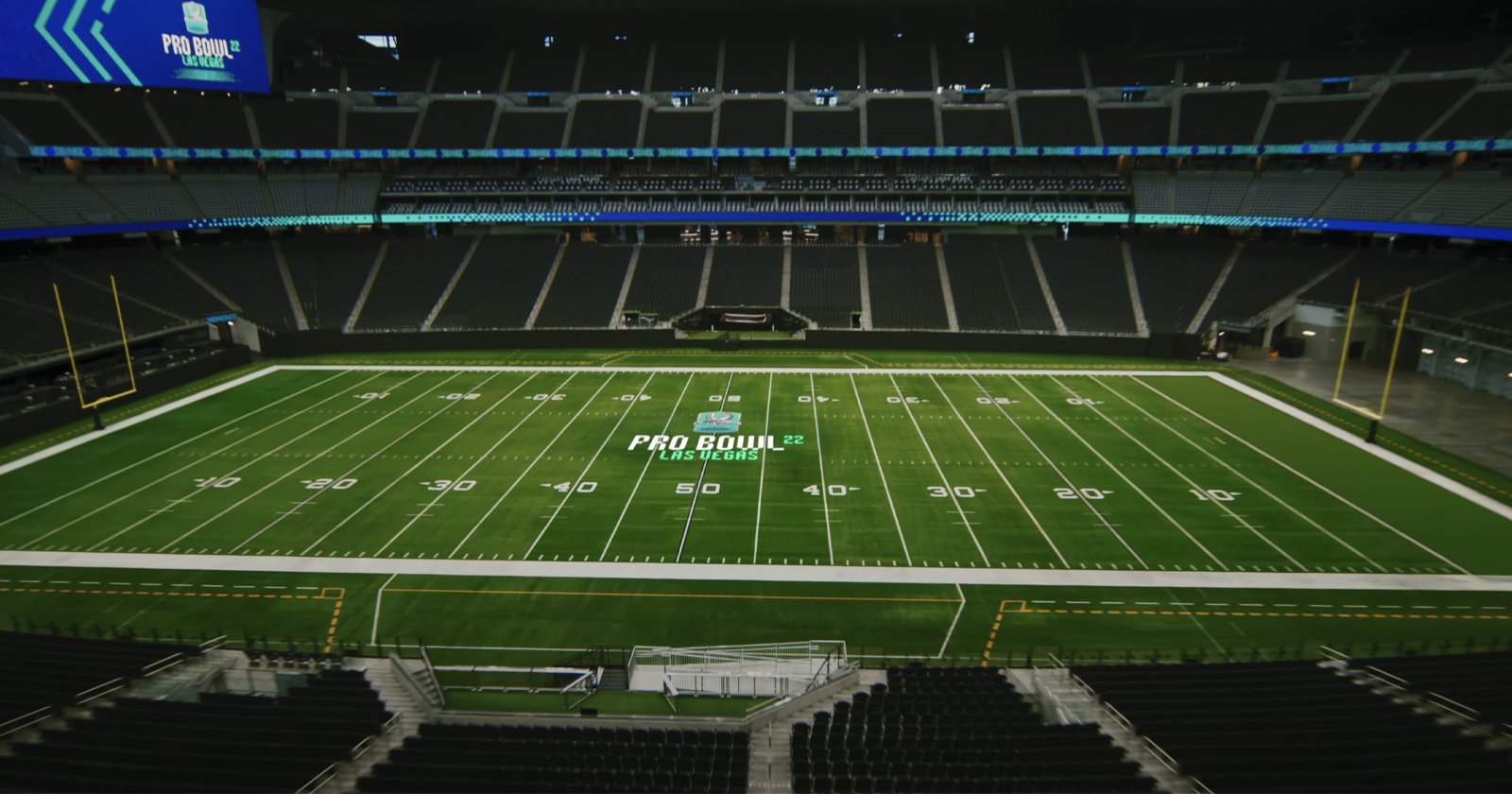 As part of a collaboration with the NFL Pro Bowl, drone pilot Johnny Schaer has published a dizzying video that sees incredible flying skills paired with stunning editing in a way that is so impressive, it barely seems real.

The video, first noticed by DPReview, is a stunning display of first-person-view (FPV) piloting and next-level editing. Shot on a Red Komodo FPV drone, the flight starts at Caesar’s Palace and proceeds to fly through various iconic structures on the Las Vegas Strip including down the Paris Hotel’s Eiffel Tower and the Linq’s enormous Ferris wheel before highlighting the Allegiant Stadium, the relatively new football complex and home of the Raiders where the NFL Pro Bowl is set to take place this year.

FPV flyby videos have become extremely popular since the first viral sensation of a bowling alley flythrough took the Internet by storm last year and spawned numerous copies. Everyone from HBO’s Hard Knocks, to Manchester City’s football club, to a large wedding venue utilized the technique. It was so popular, likely made approachable to more filmmakers thanks to the release of the DJI FPV, that the first-person flyby videos quickly became stale.

Schaer’s video is anything but, however. He takes the benefits of FPV and highlights them in a way that most would expect to only see done with computer graphics to produce a short commercial that features death-defying stunts and fast-paced action that previous FPV videos have lacked.

Produced by a Very Small Team

Schaer, who goes by Johnny FPV, shot and edited the film himself which is a testament to his talent. The video projection seen on the sides of buildings was done by Keane Luøng and Logan Armstrong is credited for the sound design. Color grading was done by a combination of Schaer and Jake Irish.

For those who want to learn how to fly just like Schaer, he has provided a link to his complete setup on GetFPV. His system combines the DJI FPV Goggles V2 and controller with a Lumenier QAV-S Freestyle drone. As mentioned, the video above was shot on a Red Komodo, which means it had to be a separate setup than the Lumenier he links to which uses a DJI Digital HD FPV Air Unit. For most interested in FPV flight, his selection or the DJI FPV are probably better choices anyway.