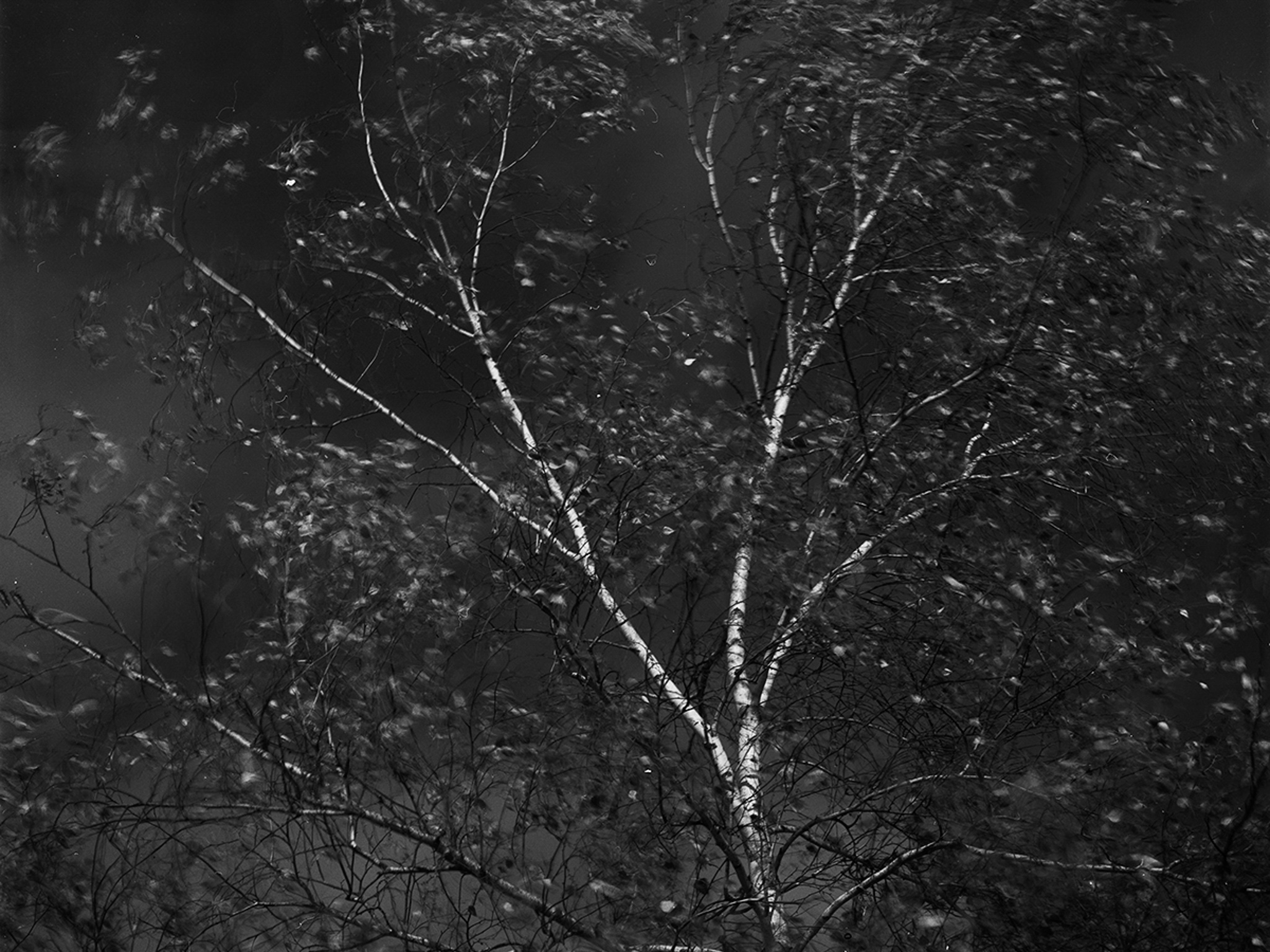 “If I did what has already been done, I would be a plagiarist and would consider myself unworthy; so I do something different and people call me a scoundrel. I’d rather be a scoundrel than a plagiarist!” – Paul Gauguin

Before heading to a new location, something I have tried to do is *not* look up the best views or trails. Instead of going wherever I plan to go with prior expectations, I am able to witness the beauty of the area with virgin eyes. This allows for photographs to be made which have not been influenced by anyone else’s works. Rather than being subconsciously pushed to photograph the popular, attention-grabbing compositions, intimate, meaningful scenes are revealed in a natural manner. Of course, the “popular shots” will likely still be captured – they’re popular for a reason, after all – but they do not exist as the primary goal of the trip.

For my 2021 trip to Acadia National Park in Maine, I made sure to look up as few details of the area as possible. Aside from knowing the park was an island with beautiful fall colors and harsh winters, I had little knowledge of trails and popular locations. Instead of looking things up, Mel and I asked her aunt and uncle – who have lived in the area for over twelve years – where they recommended we go. And when we arrived at the visitor center, we asked a ranger for their opinion on some nice trails. With those options in mind, we assumed our trip was set.

After the first two days, however, we realized we would need to find some flatter trails to balance all the mountains. We were not at all used to climbing 700+ foot-tall mountains; the Bubbles at Jordan Pond surely revealed that to us. 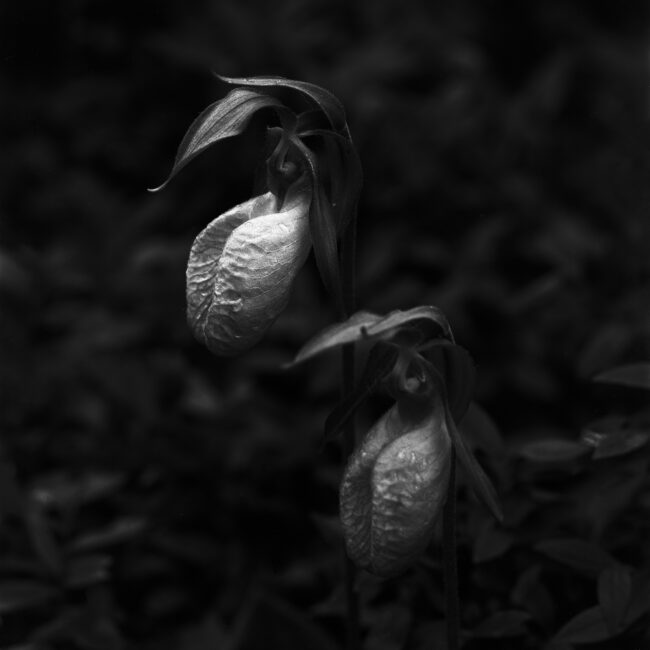 Jesup Path was one of the few areas I had looked up prior to coming to Acadia. A trail full of birch trees – my favorite of all trees – it was a trail I knew I had to hit. This “research,” so to speak, had been done in 2020, when Mel and I were originally planning to head to Acadia. Then COVID hit, and the rest is history, as they say.

Until our tiring hike of the Bubbles, the Jesup Path trail was largely left un-remembered. Whether it was Mel or I who mentioned it is beside the point. It wasn’t long before I was looking up additional photographic trails in Acadia to hit. For the most part, they aligned well with those recommended by others. That wasn’t an issue.

What became an issue is that I viewed a beautifully simplistic photograph of the birch trees along the trail in the tall grasses. Immediately upon seeing that piece by another photographer, thoughts of photographing the scene raced through my mind. 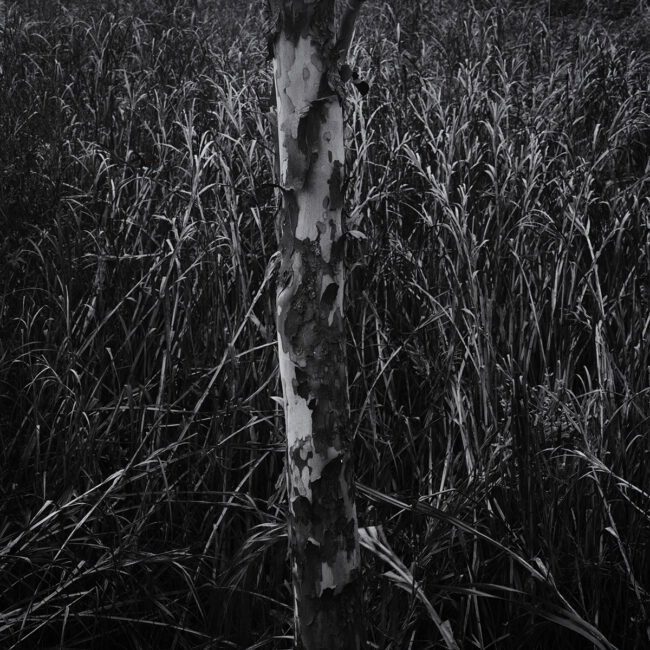 Though we’d decided to first tempt Death himself by summiting Dorr Mountain – a 1270 foot tall rock – we managed to keep alive long enough to witness the calm beauty of Jesup Path. While on the trail, I couldn’t find any manner in which to escape that composition captured by another photographer.

Had they employed the use of a telephoto lens to reach into the distant birches and isolate the “best” ones? Had the trees which they had captured since died and fallen, destroying the possibility of reproducing that beauty? Perhaps they had maliciously defied the trees, hoping not to have anyone else capture that same scene. That’s unlikely, if for no other reason than the trail being popular and their chances of being caught in the act rather high.

Instead of keeping present and capturing the beauty as it was found, I could not help but focus my efforts on this composition. Rather than being satisfied with the idea of being out in nature, proud of having scaled a 1270 foot tall mountain, excited about the few compositions I had captured, I was stuck fighting this composition and the power it maintained over me.

Expectations can have both good and bad side effects. They are a powerful force which can easily ruin a photographic outing – such as in my case – or they can push the mind toward a much more creative state, allowing for the creation of novel works. How the mind reacts to expectations depends largely upon the individual. Having expectations of an area prior to exploring it, for me, ruins the mood and stifles my creativity. My ability to create novel works is left struggling and my enjoyment of the exploration is killed a brutal death.

So, if you are left feeling as though you are only capturing the obvious, over-shot, popular compositions – and are dissatisfied with that approach, as there is nothing wrong with it otherwise – perhaps the issue stems from arriving at the location with prior expectations. Perhaps you will be better off not viewing the photographs of a place taken by others before you explore it yourself. Your creativity will likely thank you. 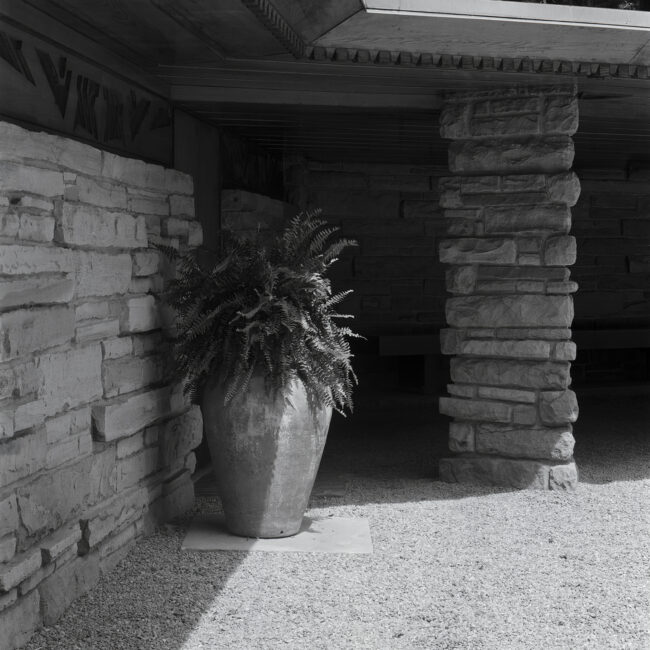 Expectations can go further than simple compositions. Perhaps one of the most prevalent of these would be that of GAS, or Gear Acquisition Syndrome. There seems to be a growing number of individuals who believe having the latest-and-greatest camera or lens will help them to improve their photography.

In some cases, yes, there is truism to this ideology. For landscape photographers needing more details in their pieces so as to print larger for their clients, yes, a high-megapixel camera would be worthwhile. Their expectations would therefore be met.

However, the hobbyist photographer who expects they require a new, high megapixel camera and the “holy trinity” lenses – typically the 14-24mm, 24-70mm, and 70-200mm f/2.8 zoom lenses – as their beginning gear would be sorely disappointed to see that their work is nowhere near the quality of their favorite photographer, who just so happens to use the same equipment. Their expectations would neither be met nor satisfied in any manner. In fact, the likelihood of them giving up photography and selling their gear would only increase.

Compare this, then, with the hobbyist who starts out with the cheapest gear they may acquire. Their expectations of being able to capture photographs as beautiful as their favorite photographer right off the bat will likely be much lower. This then increases the likelihood of them keeping the camera and working with it for as long as possible, until the gear no longer meets their newly acquired needs. As you may guess, this new gear will thereby satisfy their expectations. 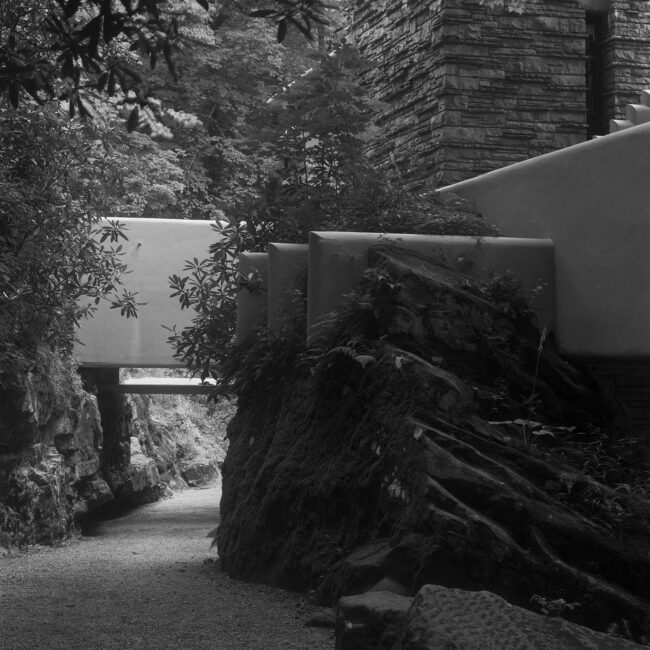 I could go on regarding expectations and how they may be met or left unsatisfied. From being able to find a composition which was expected in a new area, to GAS, and beyond, expectations may be found all around us. What matters is not how to avoid them altogether but rather how to tame them so as to mold them into something beneficial. This may be done in a number of ways, depending upon both the individual and the situation.

Let us take, for example, expectations revolving around previously-noted compositions, such as in my case with Jesup Path and the birch trees. Rather than going to the trail shortly after having viewed the other photographer’s composition, it would have been more beneficial to wait a few days to allow my expectations to die down. This would have also allowed for me to come up with other compositional ideas, such as an abstract photograph of the blowing tall-grass which coated the ground. In fact, I had attempted a composition such as this, but due to my mind being so preoccupied, it unfortunately did not turn out right. I hadn’t spent the necessary time on getting it just as wanted and it failed.

Had I felt the strong urge to go to Jesup immediately, I could have – should have – worked to push the desired expectation from my mind as best as possible. This could have been done through meditating within the forest before bringing out my camera. Given I had the time, I also could have slowly walked the trail, taking in the possibilities while even searching for the composition. On the way back, then, I could have begun exposing whatever scenes I deemed worthy, allowing my creativity to flow, knowing the scene I expected to find was simply not there. 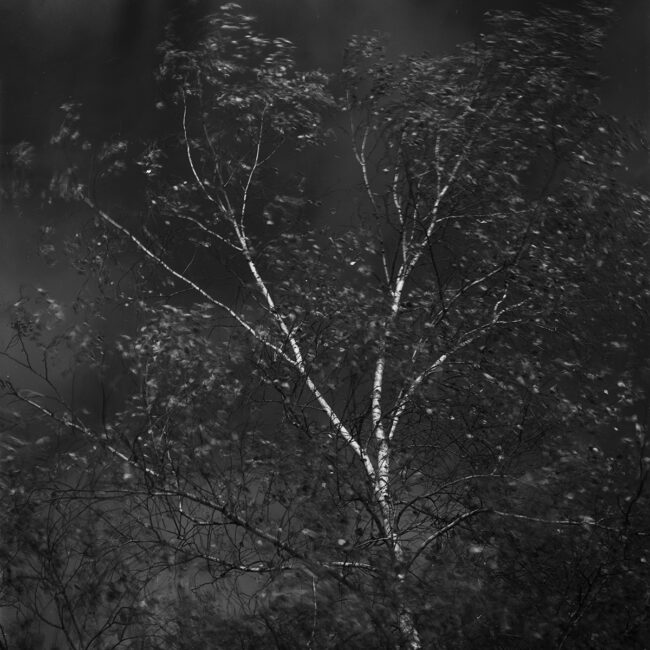 Ultimately, the best option of all would have been to avoid laying eyes on any other photographs of the area, especially those taken by other photographers. This is something which I continue to hope to do in the future as I explore new locations. It will not always be possible – especially regarding such popular places as Death Valley and Zion – but the effort will surely be worth it, as it shall help to lead to more novel, creative photographs. And at the end of the day, isn’t that the most important goal? To create novel works of meaningful art? To show people how we, as artists, see the beauty of the world around us? That, at least, is my goal; and I hope to never allow any expectations to change that.

Moving photos of the world’s last Northern White white rhino and her keeper win 2022 Travel Photographer of the Year
U.S. is Tracking Massive Chinese Spy Balloon Floating Over Montana
How to Photograph Sun Rays in a Forest
What is an Intervalometer?
How to Scan Photos on iPhone