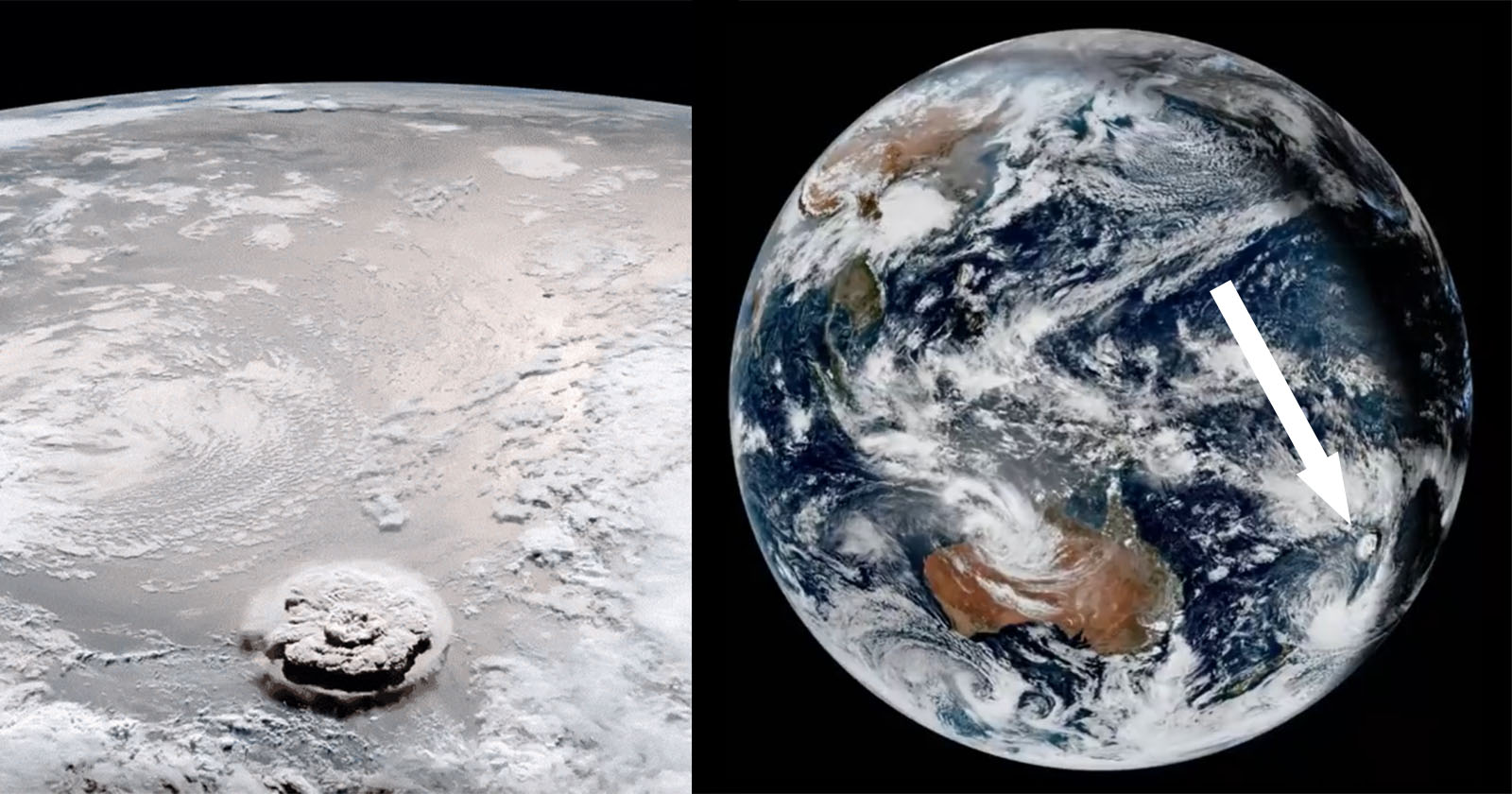 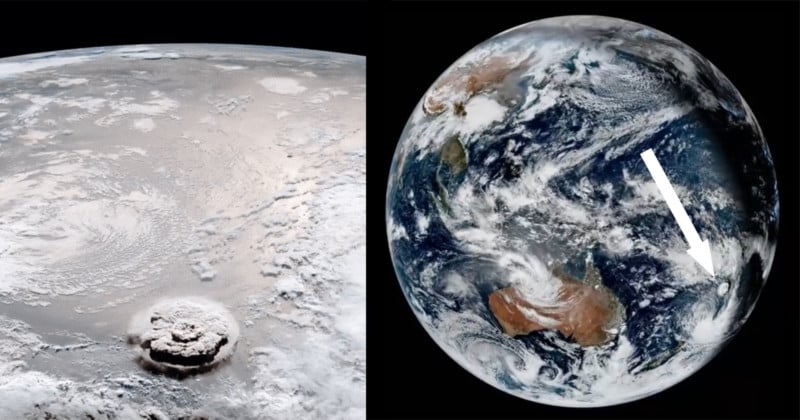 An undersea volcano near the Pacific island nation of Tonga has erupted, sending an explosive shockwave by air and a tsunami by sea ripping across the Pacific Ocean. The eruption was captured in satellite images and is one of the most violent ever seen from space.

The Hunga Tonga–Hunga Haʻapai volcanic island is located about 19 miles (30km) south-southeast of Tonga, the Polynesian country of about 100,000 people in the southern Pacific Ocean and an archipelago of 169 islands, of which 36 are inhabited.

A recent eruption of the volcano on December 20th, 2021, sent a large plume into the atmosphere and caused explosions to be heard from up to 106 miles (170km) away.

The volcano violently erupted again on Saturday, January 15th, 2022, in an explosion roughly seven times more powerful than the one last month. Ash, steam, and gas were sent high into the atmosphere in a mushroom cloud, and tsunami warnings were issued by nations in the path of the propagating wave. The United States issued warnings for Hawaii, Alaska, and the Pacific coast.

One of the Biggest Eruptions Ever Captured From Space

The 2022 eruption of Hunga Tonga is one of the biggest volcanic eruptions ever captured from space by satellite cameras.

Two satellites that photographed the explosion were the GOES-West, a US environmental satellite run by the National Oceanic and Atmospheric Administration (NOAA), and Himawari 8, a Japanese weather satellite operated by the Japan Meteorological Agency.

A full-planet view of the eruption shows the size of the event with Australia for scale.

Videos from the Ground of the Eruption and Aftermath

In addition to satellite images, videos captured from the ground show both the intense shockwave that rippled through surrounding areas as well as the tsunami that followed shortly afterward.

The blast could be heard from Fiji, which is located over 474 miles (760km) away from Tonga:

The tsunami sent people running for higher ground in Tonga, including in the capital city of Nuku’alofa, and surrounding islands.

Dr. Faka’iloatonga Taumoefolau, Project Coordinator for the Tonga Parliament Buildings Project, Tweeted a video of a tsunami sweeping onto the island:

Tsunami videos out of Tonga 🇹🇴 this afternoon following the Volcano Eruption. pic.twitter.com/JTIcEdbpGe

The History of the Hunga Tonga-Hunga Ha’apai Volcano

The Hunga Tonga-Hunga Ha’apai in Tonga had been known to be active over the past century, occasionally spewing ash, smoke, steam, and pumice into the sky.

“Very little is known about the evolution of this volcano,” writes the Smithsonian Institute’s Global Volcanism Program (GVP). “The earliest recorded observation of an eruption was in 1912, followed by 1937, and then 1988, 2009, and 2014-15. Those eruptions have all been small, but with so few events there’s no good understanding of activity style.”

Over the years, the smaller eruptions have served to enlarge and alter the shapes of the islands.

“The eruption that began on 17 March 2009 had one vent on Hunga Ha’apai and another under water about 100m offshore,” GVP writes. “Ejection of tephra filled the gap within a couple days, expanding the size of the island. After only 4 days the 2009 eruption was over, but had extended the island by 1 km, leaving steaming crater lakes. Pumice rafts were noted near the volcano, and discolored water as the loose material began eroding away.

“The next eruption was during 19 Dec 2014-28 Jan 2015. This longer period of activity was centered between the islands of Hunga Tonga and Hunga Ha-apai, and built a new island. Eventually there was so much material that the islands were all connected.”

It remains to be seen how this latest massive eruption of the volcano changes its island.