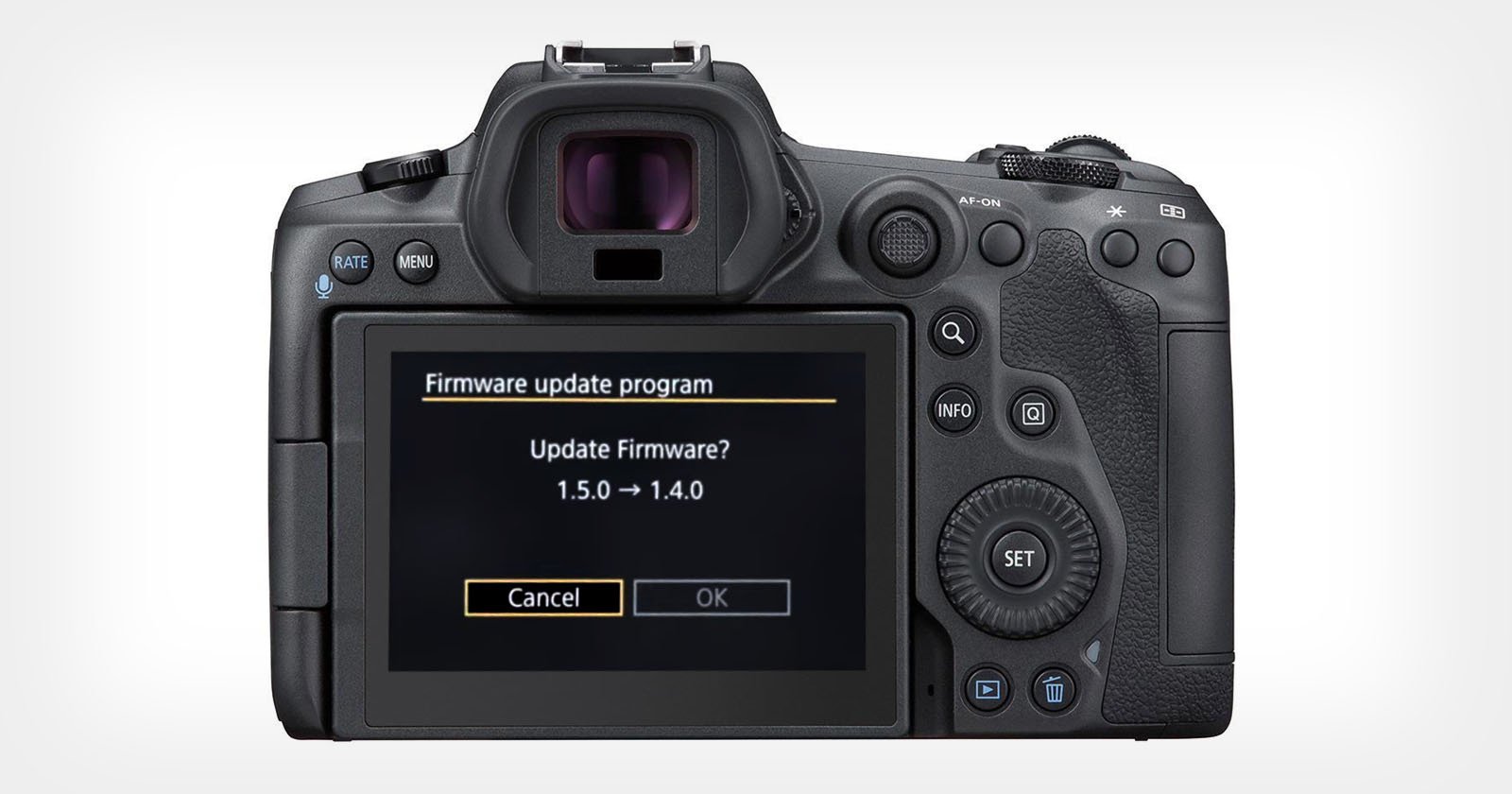 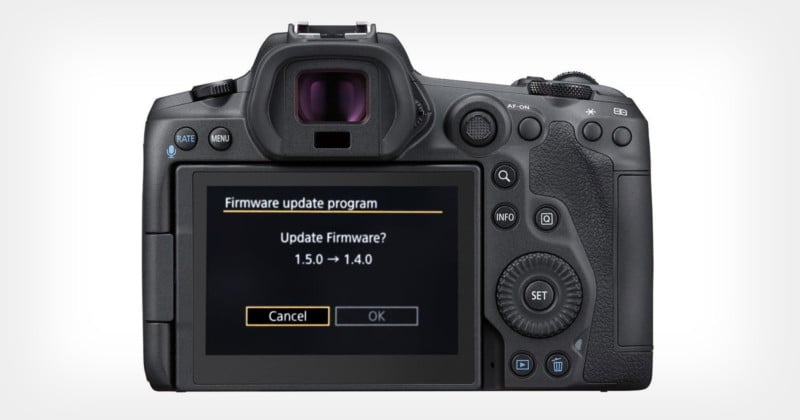 If for any reason you need to downgrade your firmware update to an older one, there are two methods you can follow to revert to a previous version.

The latest firmware version is not always the best one, photographer and filmmaker KH Cams says in his YouTube video that describes the processes. He says that it is possible that a much-loved feature is no longer available in the latest version of your camera’s firmware or a new, crippling bug was introduced in an update in which case you might want to roll back to the version you had before.

In one such case, Canon Rumors notes that some users have found autofocus issues with the Canon EOS R5 1.5.0 firmware update and reverting to a previous version would alleviate the newly-introduced bug faster than Canon can likely fix it with a new update.

Warning: While KH Cams does show his methods working, he also notes that downgrading your firmware is not a fail-safe solution and theoretically could damage the camera. Any user who wants to try rolling back to an older firmware should do so at their own risk.

How To Revert a Canon Camera’s Firmware, Method #1

As a note, this method didn’t work for KH Cams and stopped at 73% progress every time. That said, some who tried the method reported in the comments that it worked for them, so it appears inconsistent and may or may not work on a case-by-case basis.

How To Revert a Canon Camera’s Firmware, Method #1

The other method uses one memory card at a time and requires quick reaction on your part.

Disclaimer: Brute forcing or “hacking” a camera’s operating system is always a risk. It is very possible that either method described above can cause irreparable damage to your camera or void your warranty. Try at your own risk.