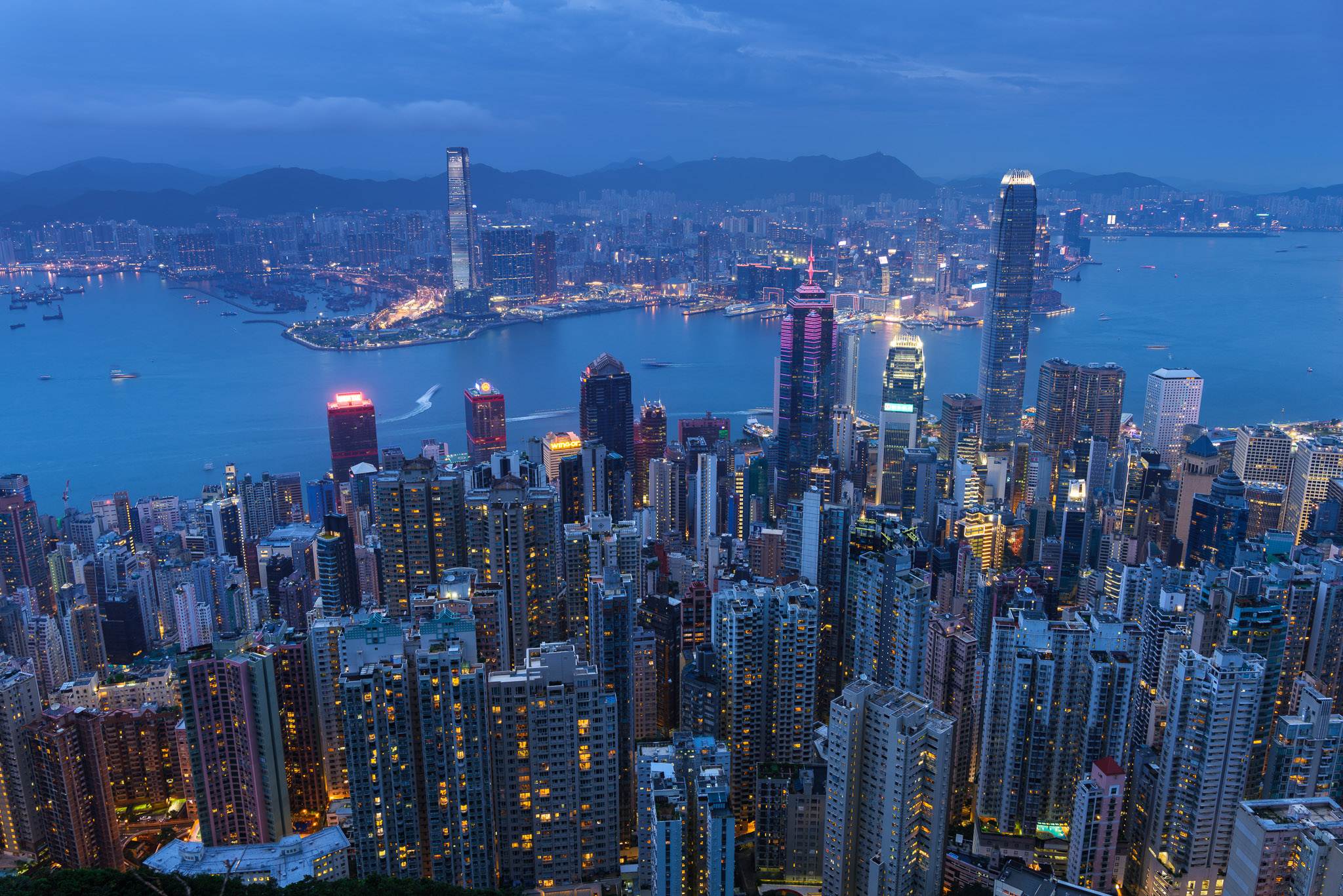 Today, Leica announced the M11, a 60-megapixel successor to the M10 and M10-P. The M11’s high resolution is a bit unexpected: Since 2012, every one of Leica’s full-frame cameras has had 24 megapixels and no more. But this isn’t an article about the M11.

Don’t get me wrong – the Leica M11 looks like a stellar camera if you want a digital rangefinder and have $9000 to spend on the best. But what strikes me the most about its announcement is not the camera itself, but that the impressively high resolution is so reminiscent of the “megapixel wars” that used to be such a big part of photography. Maybe the megapixel wars never stopped at all. 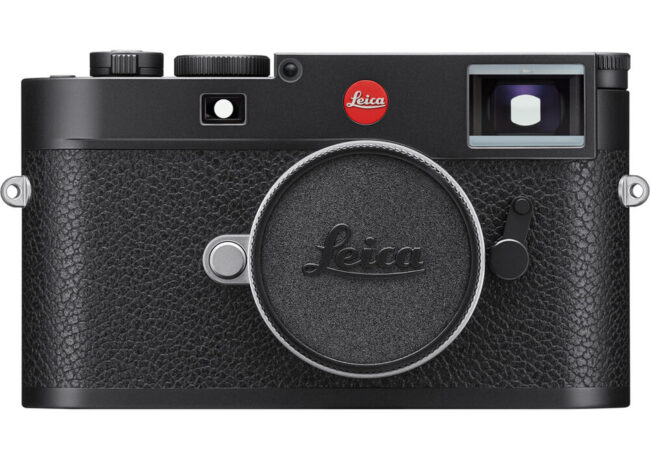 Recently, the biggest battle among new cameras has been in the area of autofocus tracking performance and subject recognition. It makes sense that companies would focus on focus; it’s a tricky thing to get right, especially with fast-moving subjects, and it has a tangible impact on which brand a photographer will choose.

The megapixel war seems to have slowed down in the meantime. Gone are the days when your competitor only had 6 megapixels and you could easily improve your brand’s reputation by bumping up to 10 or 12. A few added megapixels here and there don’t make much of a difference any more, not to mention that we already have enough resolution for typical print sizes without a problem.

Camera companies seem to have taken that to heart. Nikon hasn’t gone above 45 megapixels since the D850 in 2017. Canon still hasn’t surpassed the 51-megapixel 5DS from 2015. And while Sony has been bumping up the resolution of their a7R lineup steadily with each model, the most recent a7R IV came out 2.5 years ago and is due for an update (the very similar a7R IVA doesn’t count).

But even though the war has apparently slowed down, I think some of that is illusory. Yes, the highest resolution cameras mostly have the same resolution they did five years ago. However, in other ways, the prevalence of high-res options across the market has never been higher. To be specific:

Let me explain those four points in a bit more detail.

The price side of things should go without saying. When the 51-megapixel Canon 5DS was announced in 2015, it was the highest resolution full-frame camera available and sold for $3700. Today, mint condition copies sell for $1200 and less.

Because the prices for high resolution cameras are so much lower, more photographers are using them than ever. It’s also easier than ever to justify high resolution in the first place thanks to fast, inexpensive hard drives and memory cards. That’s a bit different than how the megapixel wars looked in the past – when it was all about leapfrogging the other companies with each new release – but it’s still part of the same story.

High-res sensors are also more prevalent simply because companies have been phasing out their lower-resolution models. This is especially evident in the area of sports and wildlife cameras. Just a couple years ago, anything more than 20 megapixels was a welcome surprise; now, anything less than 40 megapixels is an unwelcome one. Canon, Nikon, and Sony all have sports cameras that surpass that threshold thanks to the EOS R5, Z9, and A1 respectively.

Most areas of the market haven’t jettisoned their low-to-mid-resolution cameras quite as quickly as sports and wildlife, but it’s still happening:

This is more of the steady progression that we were used to in the past. It slowed down a bit in recent years – again, aside from sports cameras – but it definitely never stopped. It’s actually going to get worse once Canon, Nikon, and Sony realize that Fuji is pressuring their landscape audience from above with 50 and 100 megapixel medium format.

It hasn’t been the main force pushing sensor resolutions higher, but it will be soon: 8K video.

In recent history, 4K video had a rapid rise from just a few flagship cameras to almost every camera today. For example, Nikon’s first 4K DSLRs were the D5 and D500 announced in 2016, and now it’s in everything from the Z50 upward.

How many years until 8K is as prevalent as 4K is today? Even if the timeline is a bit slower, there’s no getting around the 39.3-megapixel floor when it happens. And if companies start competing to release 8K video across their lineups, it will happen sooner than you’d think.

A feature that has been surprisingly absent from Nikon and Canon – but that feels inevitable as companies face fewer and fewer ways to compete with each other – is sensor shift photography.

Sensor shift is a feature that takes advantage of the in-body image stabilization (IBIS) feature found on most mirrorless cameras today. It moves the sensor fractions of a millimeter at a time and takes multiple photos in sequence, merging them into a higher resolution result. The output is generally 4x the resolution of the sensor.

It’s found on some cameras from Sony, Pentax, Olympus, and Panasonic. In the most extreme of cases, it boosts the Sony a7R IV’s sensor to a whopping 240 megapixels. And as I showed in my Panasonic S1R review, the detail gained by the sensor shift mode is real and genuinely useful.

If this feature makes its way to Nikon and Canon – as well as Sony’s non-a7R lineup – it won’t be long before almost every camera on the market can shoot at quadruple the sensor’s actual resolution.

Sensor shift has issues of its own (especially when shooting handheld or capturing a moving subject), but it’s still a good way to boost the detail in certain kinds of images. Landscape and architectural photographers especially may find it useful.

A camera’s resolution has always been one of the headline numbers that matters the most when people see the camera. That’s why I’ve been encouraged to see recent cameras improve so much in other areas – especially buffer and autofocus gains – that aren’t as easy to put in a headline but make a bigger difference in photography.

Make no mistake, though: The megapixel war is still happening, even if it looks a bit different than it used to. Leica’s announcement of a 60-megapixel camera shouldn’t feel like a surprise so much as a return to normal.

When Nikon, Canon, and Sony’s sports cameras are all above 40 megapixels, what will the market look like when they start focusing on landscape cameras again? For better or worse, it will look like it did about ten years ago: a constant leapfrog of companies angling for the megapixel crown.

That feels like something I should be annoyed about, but at the end of the day, I’m not. Hard drives are so much larger and faster that they can easily handle 100+ megapixel resolution. Not to mention that sRAW and mRAW are available for those who want to opt out. Other than photographers who need 15 FPS bursts and up, there’s minimal downside to higher megapixel sensors any more. Certainly today’s lenses can resolve more than 45 megapixels.

The only thing left, and the most challenging part, is to take photos that make the most of the extraordinary number of pixels and incredible technology at our disposal.

What is an Intervalometer?
This Arduino-powered DIY macro rail helps you shoot perfect stacked macro shots every time
The Lime Two is a New and Improved Hot Shoe-Mounted Light Meter
🔥 Change Hairstyles and Swap Hair in Photoshop!
Give your portraits a film look with Lightroom CC