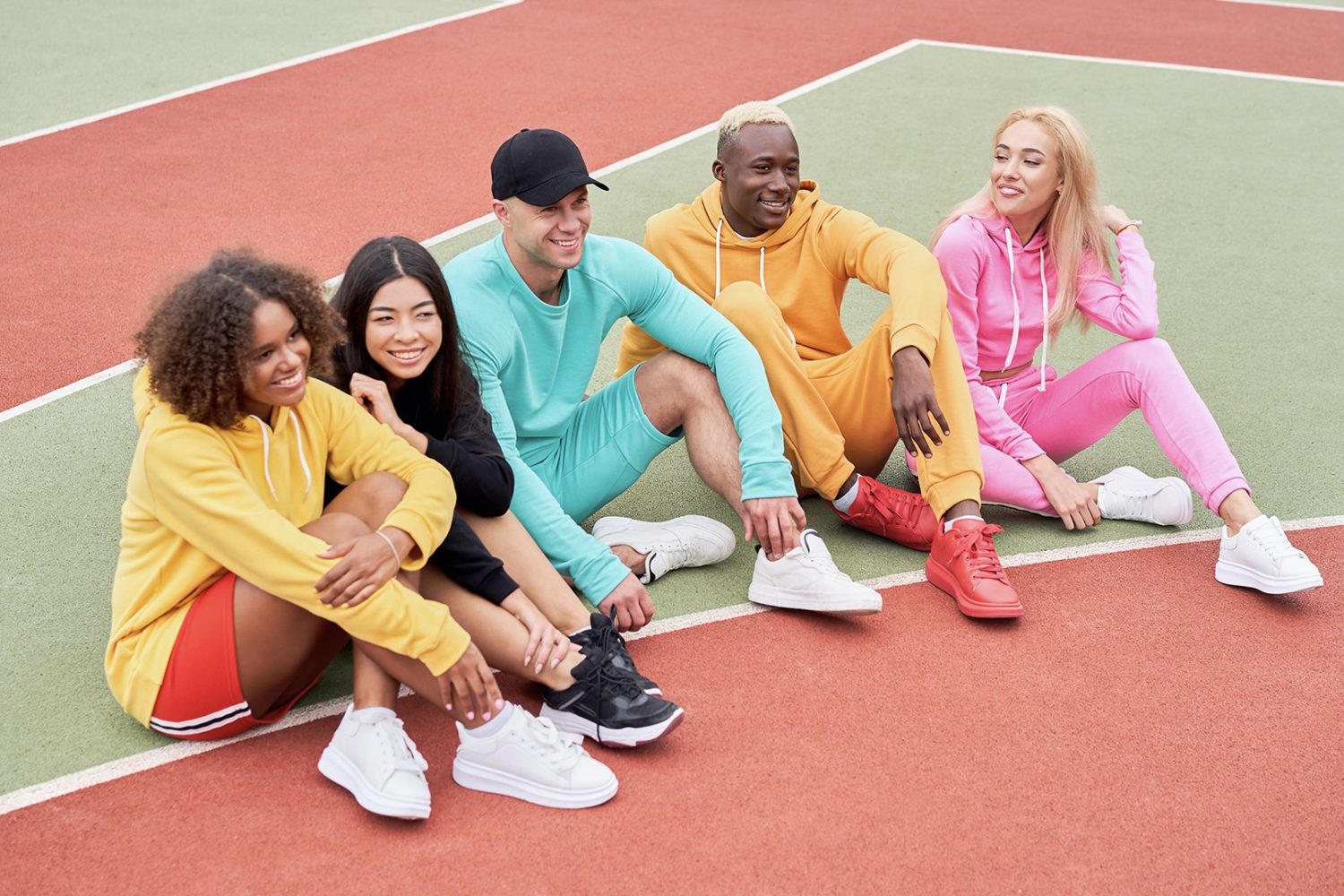 In 2019, when the United States women’s national soccer team claimed their fourth World Cup title, fans could be heard chanting, “Equal pay!” The same year, the team fought for fair pay and treatment as part of a gender discrimination lawsuit against the United States Soccer Federation. Since then, Norway, New Zealand, and Australia have all announced that women’s national team members would receive equal pay to their male counterparts. By early 2020, the Getty Images Creative Insights team had named “Women in Sport” as one of the year’s major trends in visual culture, citing iconic photographs like the one of Megan Rapinoe, her arms raised after her second goal at the World Cup. As sports evolve, sports photography follows suit. And as brands continue to revitalize their advertising to reflect the values of today’s star athletes and consumers, commercial photographers will have new opportunities to create images that inspire and move us forward. 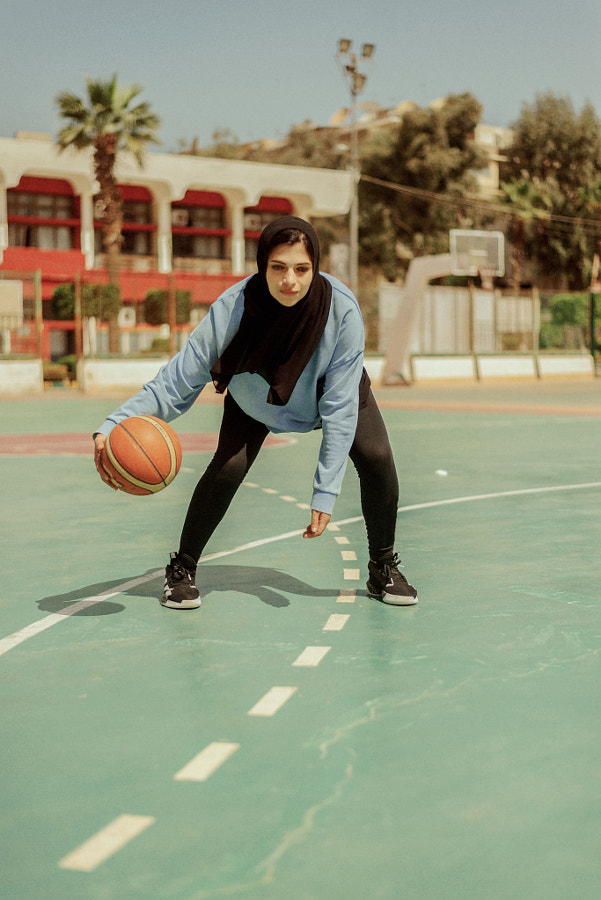 Heading into 2022, we put together this quick guide to elevating your sports photography when shooting for your Licensing portfolio. 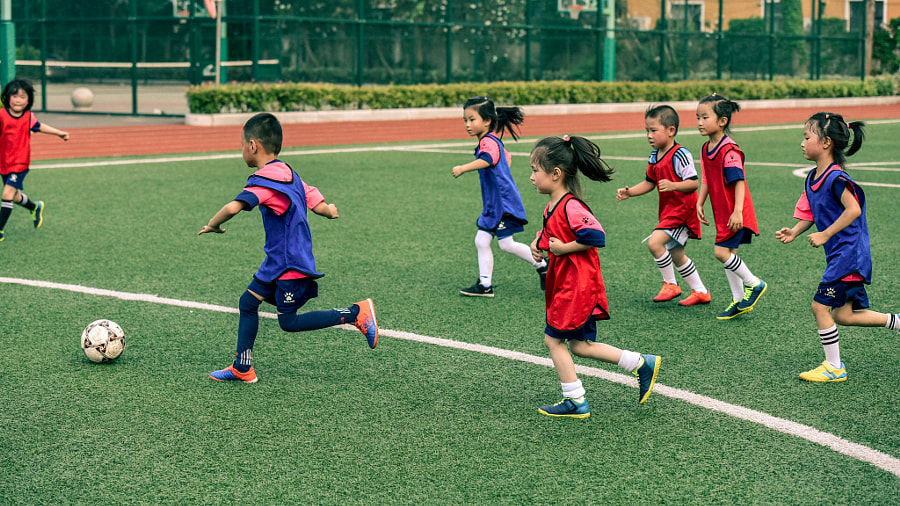 We still have a long way to go when it comes to gender equality in sports, but authentic representation of women and non-binary athletes is a step in the right direction. When organizing photoshoots, celebrate athletes of all gender identities, and champion their personal stories. Inclusion is important whether you’re working with professional athletes, shooting at your local college (more women are playing college baseball than ever), or creating candid lifestyle photos of your kids’ soccer team.

Of course, it’s important to take an intersectional approach to inclusivity. From restrictions on trans athletes to bullying in the locker room, LGBTQ+ athletes can face discrimination on and off the field. According to a recent study by The Trevor Project, although almost one in three LGBTQ+ young people reported participating in sports, a number of young people reported that they’d chosen not to participate in sports due to discrimination or fear of discrimination. Photographers and media pros can help change that by honoring athletes, allies, and leaders who are making change in this space and paving the way for the next generation.

People with disabilities have been hugely influential in sports—recently, prominent Paralympians have advocated for better support and necessary accommodations—but they’re still not represented enough in commercial photography. It’s not just the professional athletes who are making changes, either; some high schools and colleges have unified tennis programs, where students with and without intellectual disabilities can play and compete together.

When discussing inclusion in sports, we can’t leave out age diversity. Research by Getty Images recently revealed that only 8% of their most popular sports images in 2021 featured seniors, in spite of the fact that seniors are winning marathons and setting world records. As the Getty Images Creative Insights team explains, it’s past time for commercial photography to reflect the true diversity of sports, all ages included. Their research also reveals that six in ten Europeans say that sports organizations should focus on creating an atmosphere of inclusivity, indicating a demand for more diverse visuals. The Tokyo 2020 Summer Olympics, held in 2021, saw the debut of four sports: skateboarding, surfing, karate, and sport climbing. Beyond that, new disciplines like three-on-three basketball, BMX freestyle, and mixed-gender team events were included, and baseball and softball made a return. The idea at the heart of these inclusions was to speak to the younger generation, their passions, and the communities they formed.

Skateboarding, surfing, and sport climbing will return at the 2024 Paris Games, and Paris will also see the debut of breaking—so we expect to see continued demand for visuals representing these sports. Adventure sports, in general, are also having a moment post-pandemic, with people seeking the adrenaline rush of rock-climbing, rafting, skydiving, ziplining, and more. These extreme sports lend themselves to gravity-defying photoshoots and awe-inspiring moments.

Get creative and think outside the box when conceptualizing your shoots. Reach out to friends and family to document their favorite sports and activities; you might be surprised with the opportunities they present. “Consider sports outside the mainstream media, like fencing, curling, martial arts, speed skating, rowing, and so on that have typically lacked media representation,” the 500px team suggests. “Additionally, consider incorporating sports that certain generations enjoy—but are in no way limited to! Maybe it’s squash, pickleball, or lawn bowling, or maybe it’s kids exploring their motor skills in organized sports.” As part of their annual Future 100 Report, Wunderman Thompson named “virtual athletics” as one of their top trends for 2021. Following an unprecedented year of global shutdowns, the worlds of live and virtual sports overlapped and intersected, with increased interest in esports. One example was the virtual Tour de France in 2020, where cyclists competed remotely via stationary bicycles and the multiplayer online cycling program Zwift.

For commercial photographers, these rising trends offer more opportunities to think ahead and get creative. That could mean documenting esports enthusiasts at home, or it could mean incorporating wearable tech in an in-person shoot with a runner or cyclist. When working with any kind of technology, just remember to keep it generic and avoid brand-specific logos, console designs, buttons, and ports, as these are protected by intellectual property. Screens should also be kept blank so that you don’t feature someone else’s artwork. Research from Getty Images reveals not only that seniors are underrepresented in commercial sports photography but also that, when they are shown participating in sports, seniors are most likely to be represented alone. Their Creative Insights team encourages photographers and brands alike to challenge this stereotype by showing the diversity, richness, and sense of community offered by sports.

Especially after the isolation brought on by the pandemic, we crave photographs that capture reconnection and togetherness, and sports are one way to visualize that feeling of belonging. “Beyond the athletes, include all of the other people involved in organized sports, such as fans, referees, coaches, trainers, equipment managers, scorekeepers, and everyone who contributes,” the team at 500px advises. “Teamwork is usually at the cornerstone of sports, whether it is a group or individual sport. Finding those shots of players congratulating, comforting, or helping each other out on and off the field will allow you to capture a sense of teamwork in your sessions.” 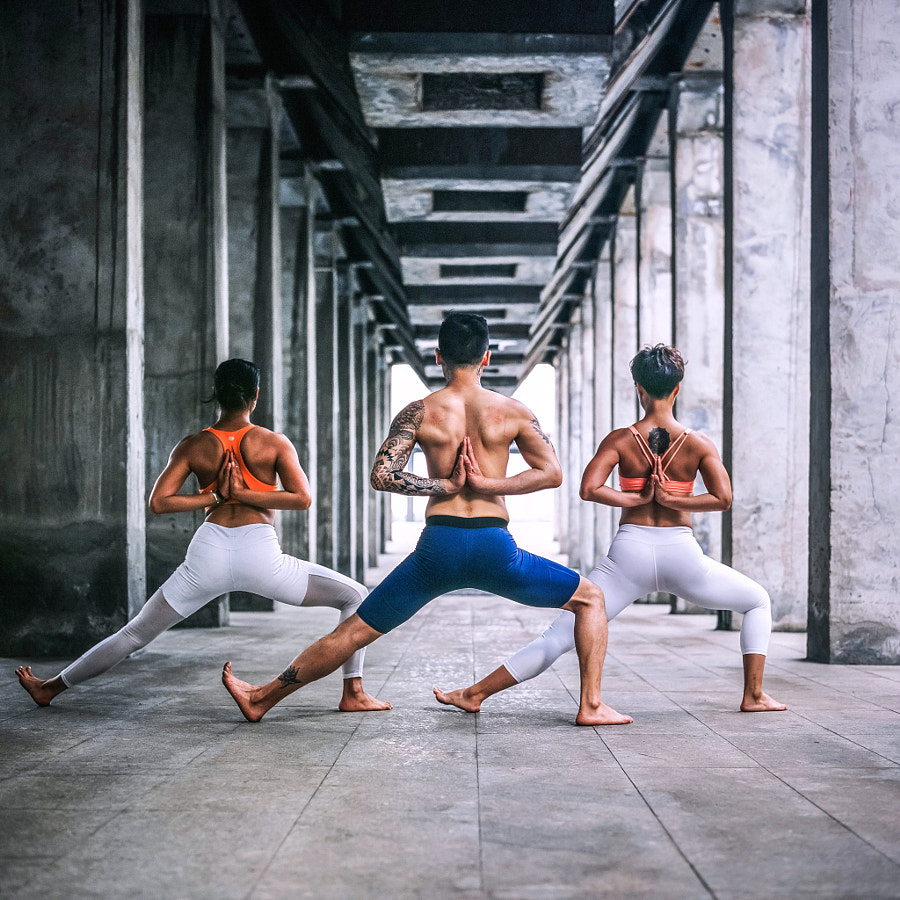 Another element to consider when capturing sports is the mental health component. In recent years, athletes have been leading the charge on mental health awareness, with stars like Naomi Osaka, Simone Biles, and Michael Phelps speaking out about the importance of prioritizing their wellbeing. Photographing athletes off the field—and supporting one another—can be one way to demonstrate how they take care of themselves, recharge, and protect their mental health. You might also visualize how safety reforms and coaching practices are reshaping certain sports, like football, to reduce the risk of concussion and other injuries. “Although shooting an organized team or league game is one way of producing a commercial shoot, photographers can also achieve great results by attending practices or shooting before a game,” the 500px team explains. “This approach allows for more flexibility in planning, organizing action shots, and capturing unique angles.”

Collaborate with a club or team; in some cases, you might be able to trade professional photos for model releases, allowing you to license the pictures down the road. In addition to shooting athletes on the field, document their warm-up process; capture genuine moments off the field or on the bench, and then focus on celebrations after a match or game. 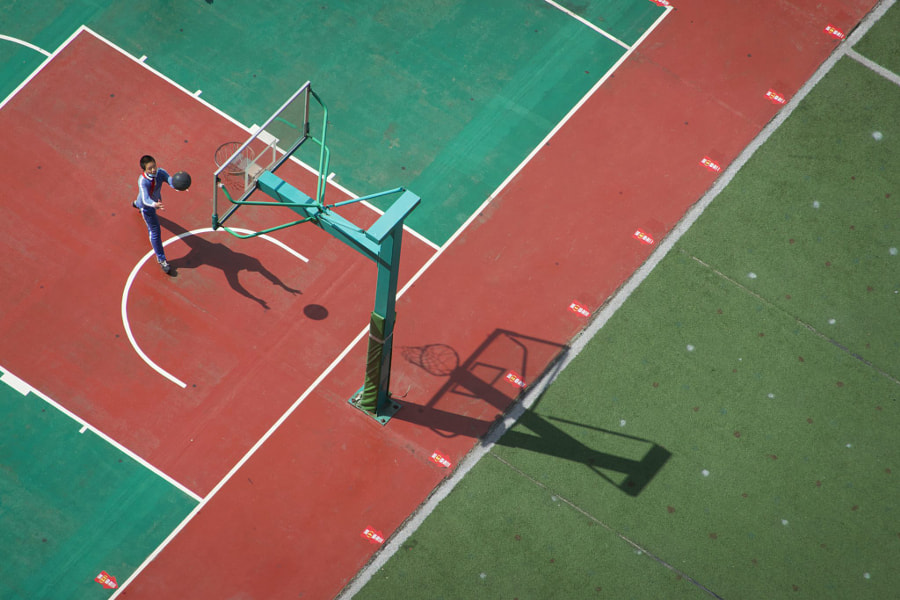 Telling the story of an athlete or team from start to finish gives you the opportunity to catch those fleeting micro-moments that define us, from lacing up our cleats to scoring a goal to finding support amongst teammates. Include wide shots that show the environment, but don’t be afraid to get close to focus on the small details that make a game special, from the sweat and the facial expressions that come with exertion to the deft hand movements of a seasoned athlete.

Turn around to capture the fans in the stand (make sure to get model releases for all recognizable people), or get low to highlight the strength and power of players in motion. Try unexpected angles, like shooting over the shoulder for an immersive, first-person perspective, or use a drone for a bird’s eye view.