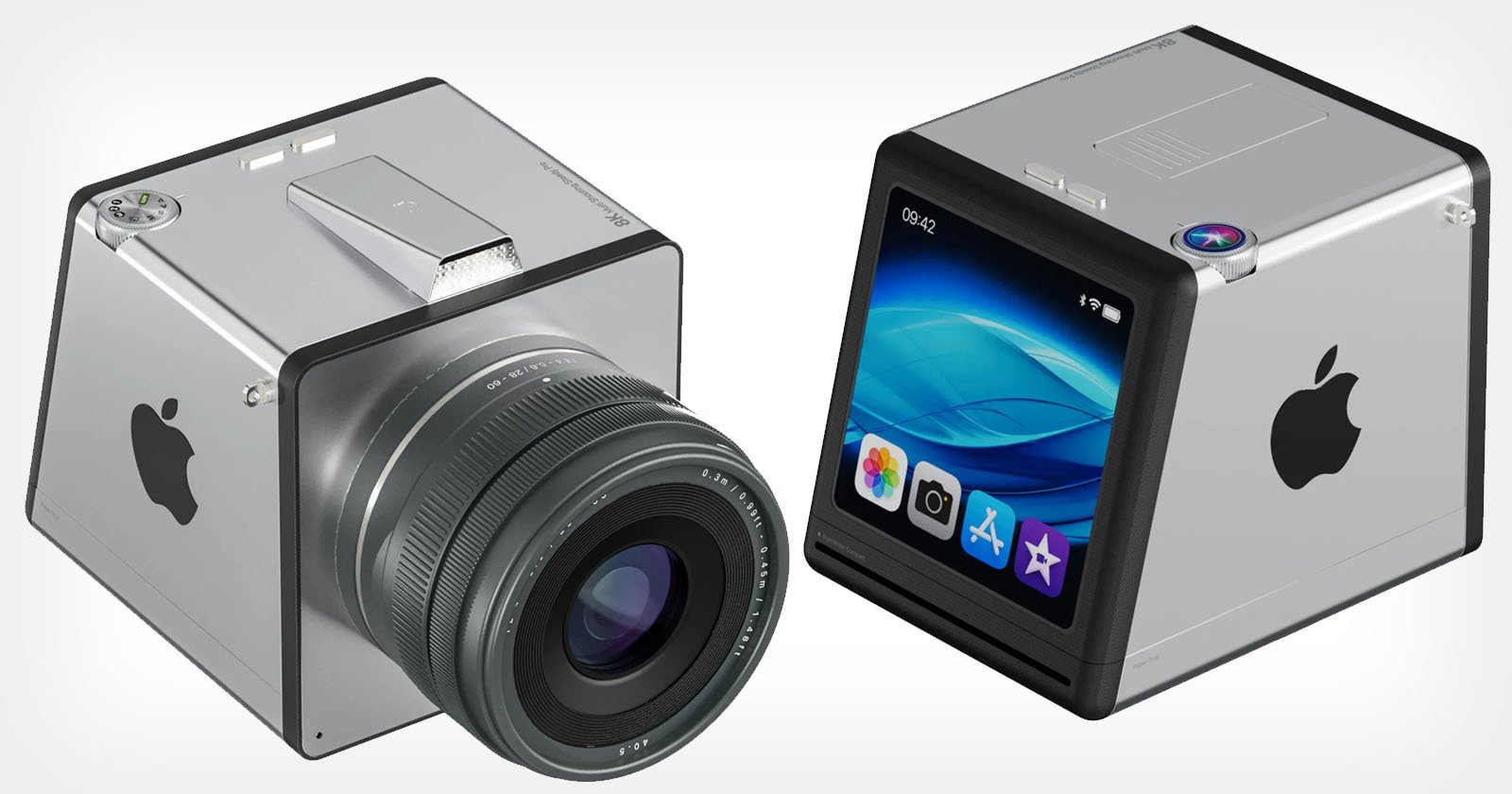 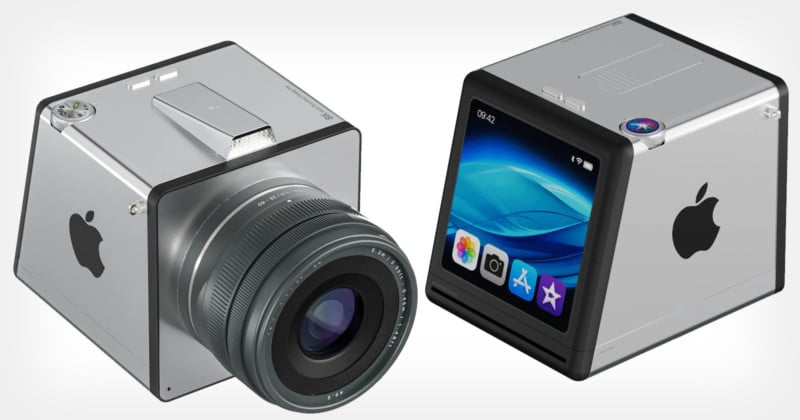 Concept designer Antonio De Rosa of ADR Studio has created what he believes is a route Apple might take if it were to design a standalone camera.

The fictional camera is called the “Apple ProCam,” and De Rosa tells PetaPixel that his design isn’t based on leaks or rumors because those don’t interest him. Instead, he says he likes to explore how Apple’s Technology Language could be applied to different objects.

“Apple has demonstrated with Apple Silicon that they gained the ‘Midas Touch’ lately and they are potentially able to outcome the problems in any market and I think that photography (also with AR/VR) and mobility, it’s something they will innovate on really soon,” he says. His design features 8K video capture capability, what he calls an “innovative” lens design thanks to what would be Apple’s own proprietary mount, Siri on-board, a touch and tiltable rear display, a “Magic Wheel” touchable command dial, and inkless-printing built-in, all powered by its M1 chip. The built-in printing system would bridge digital and analog and allow for immediate enjoyment of photos taken with the ProCam.

“I had an experience designing the Polaroid Socialmatic a few years ago and I always thought the printed photography is not only a nostalgic operation,” he says. “Pictures resonate when you print them and to have a device that merges high-level optics and tech with a fast printing system could be something cool.” The shutter button is located on the front of the camera while the main command dial actually features a tiny circular touchable display. In use, it would show different camera modes but would also function as a way to activate Siri. The idea that the camera would use a proprietary mount for its lenses, as well as printer packs for the photos, actually does sound like something Apple would do in order to support what would very likely be a closed system (which is typical for Apple products). The camera would also serve as the core of many accessories that both Apple and third parties could support, just as is the case with the iPhone.

A Unique Lens and Sensor System De Rosa shows two possible designs for the lens and sensor system. One is a much larger take on Apple’s current triple-camera rear system currently found on its smartphones, while the other is more akin to what is found on all other interchangeable lens cameras currently on the market. His design seems to indicate that these two front plates would be interchangeable, but it doesn’t seem particularly practical given the need for a different sensor arrangement for each. Based in History, but Probably Never to Be

Apple has dabbled in standalone photography equipment in the past. As noted by Cult of Mac, Apple actually worked with Fujifilm to produce the QuickTake 100 back in 1994. The 0.3-megapixel camera was a commercial flop and Apple hasn’t revisited the standalone camera market since making it very unlikely that Apple would go down this route since it already makes a camera it considers a professional shooter (it’s called the iPhone).

The Benro Theta is the World’s First Auto-Leveling Tripod
Surf Photographer Questions Beach Drones: ‘They Make a lot of Noise’
How to Achieve Compositional Balance in Photography
Sony is Raising the Price of Cameras in Japan by 14% on February 1
Instagram May Be Considering a Paid Subscription Plan with a Blue Badge