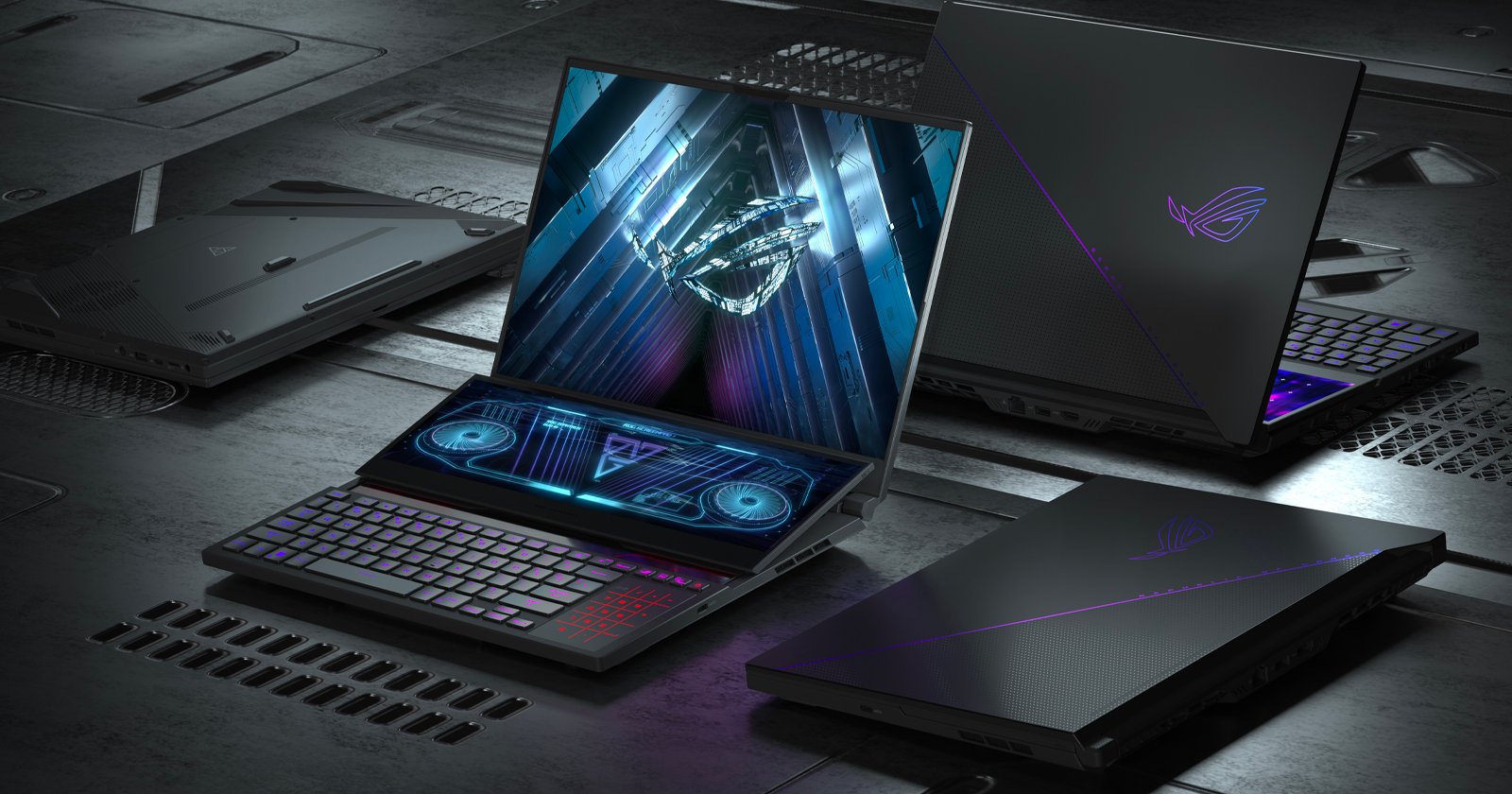 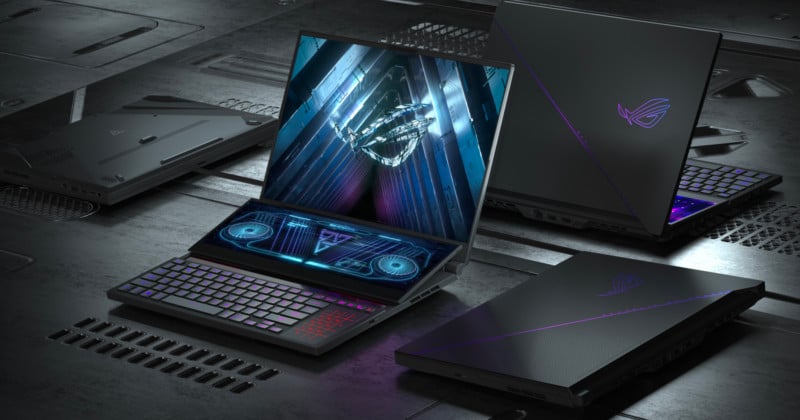 As was the case with the Zephyrus G14 and M16 laptops also announced today, the Duo 15 uses what Asus calls its Nebula Display specification.

The Duo 16 features what Asus calls its ROG ScreenPad Plus, which is an up to 4K, 14.1-inch secondary screen that lives above the keyboard. When the main lid is raised, the secondary screen automatically rises up to match and sits at a 13-degree angle that Asus says is ideal for maximum ergonomics and air flow. It features a four-directional hinge that allows it to slide back while raising at the same pace, and when at full height the two screens fit flush with each other to create what the company bills as a nearly bezel-free viewing experience. 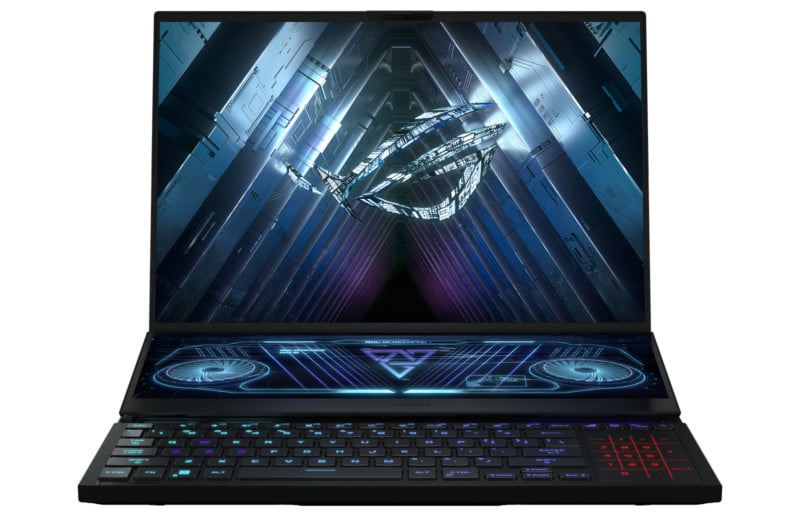 Because that section raises up and tilts at an angle, Asus takes advantage of that space to take in 30% more air to keep the computer cool.

While the secondary screen has been updated, it’s not alone. Asus also beefed up the main display to a 16:10 aspect ratio for more screen real estate that makes for a 91% screen-to-body ratio. The Duo 16 features two display options, both of which fit into the Asus “Nebula Display” specificatoin, which requires 100% coverage of the DCI-P3 color space, at least 500 nits of peak brightness, and a response time of three milliseconds or less. It also requires a minimum refresh rate of 120Hz for 4K, 120Hz for QHD and 240Hz for Full HD resolution. 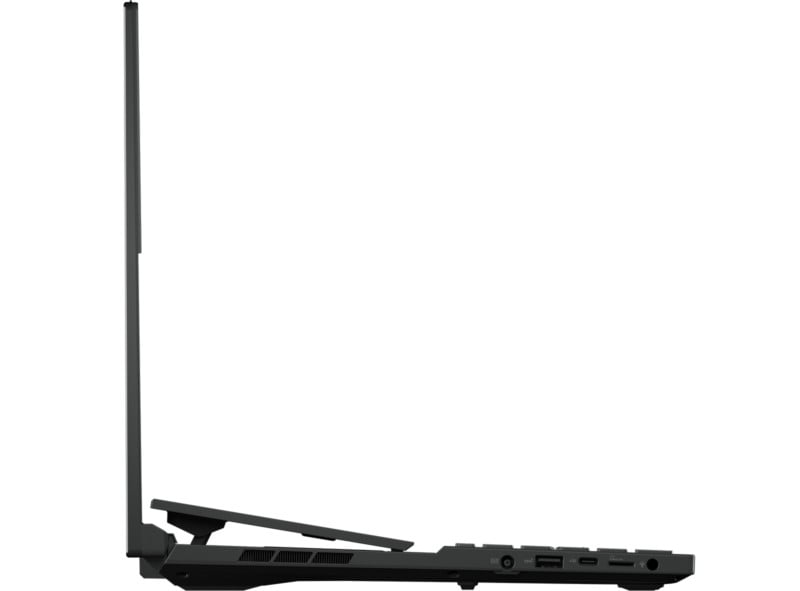 The second panel is what Asus calls a “Dual Spec Panel” and offers the choice between two modes: 4K at 120Hz and 1080p at 240Hz. In the 240Hz mode, ROG Pixel Acceleration Technology will scale the Full HD image using four physical pixels for every digital pixel. The ability to swap between resolutions and maximum frame rates means that the computer can pull double duty for both digital work as well as gaming. Asus did not specify the maximum brightness of this panel, however. 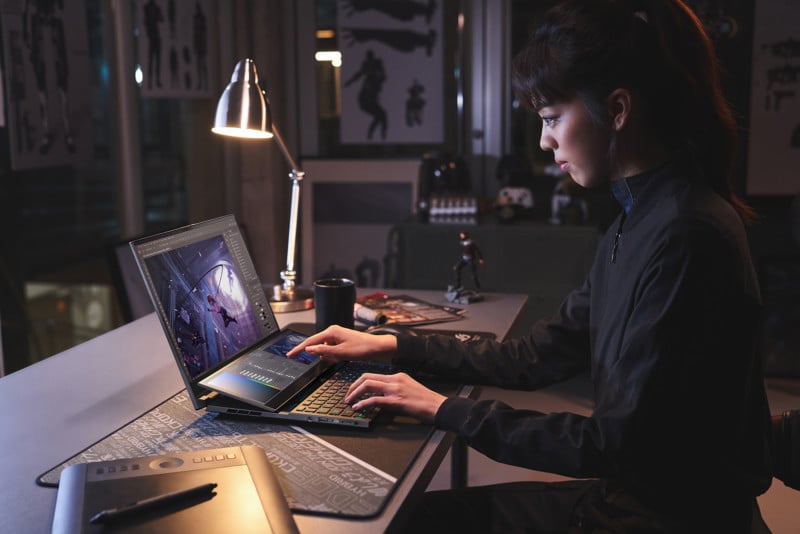 Power Behind the Displays

The Duo 16 can be outfitted with up to an AMD Ryzen 9 6980HX Series processor and NVIDIA GeForce RTX 3080 Ti Laptop GPU. It is also equipped with up to 32 GB of DDR5 memory clocked at 4,800Mhz as well as up to 2TB of PCIe Gen 4×4 in RAID 0. Asus adds that both the DDR5 SO-DIMMs and NVMe storage drives are easily accessible for future upgrades.

The Duo 16 also features a MUX Switch which enables a direct GPU mode that reduces latency and boosts performance by an average of 9% at the cost of battery life (which, for reference, comes from a 90Wh battery). 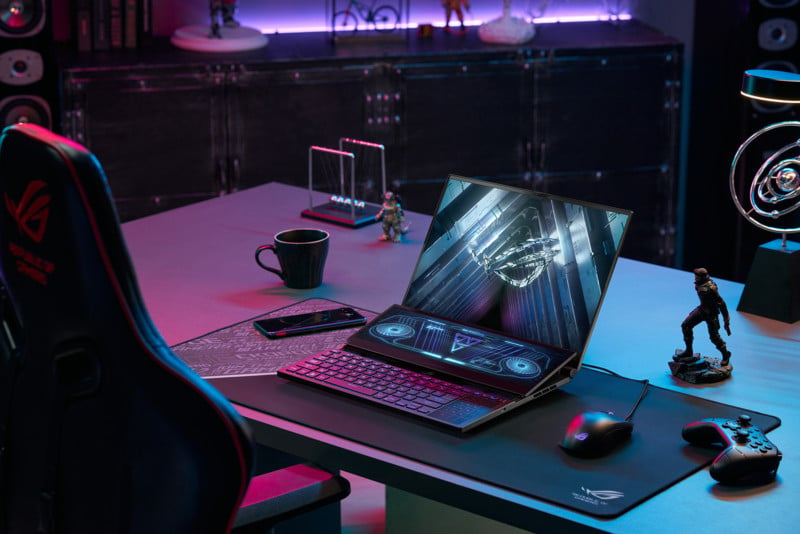 The Asus ROG Zephyrus Duo 16 will be available “soon” in Q1 of 2022, but pricing was not shared and is expected to be announced closer to launch.