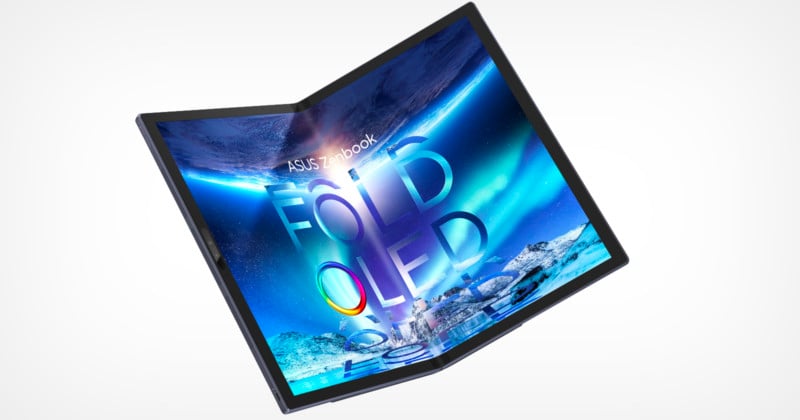 ASUS has announced a new lineup of OLED Zenbooks, headlined by a what it claims is the world’s first 17-inch folding OLED Tablet PC called the Zenbook 17 Fold. 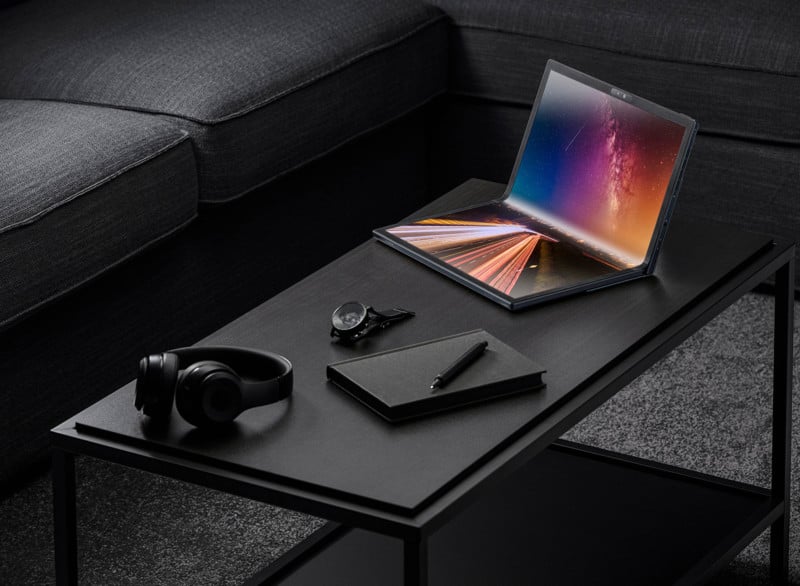 The new foldable tablet is unique to the industry and to Asus, as the 17.3-inch display is bigger than anything the company has previously attempted. Asus set out to create the massive foldable with as compromises as possible, so in addition to the large viewing space, it has what it calls the latest in mainstream processing and connectivity standards. 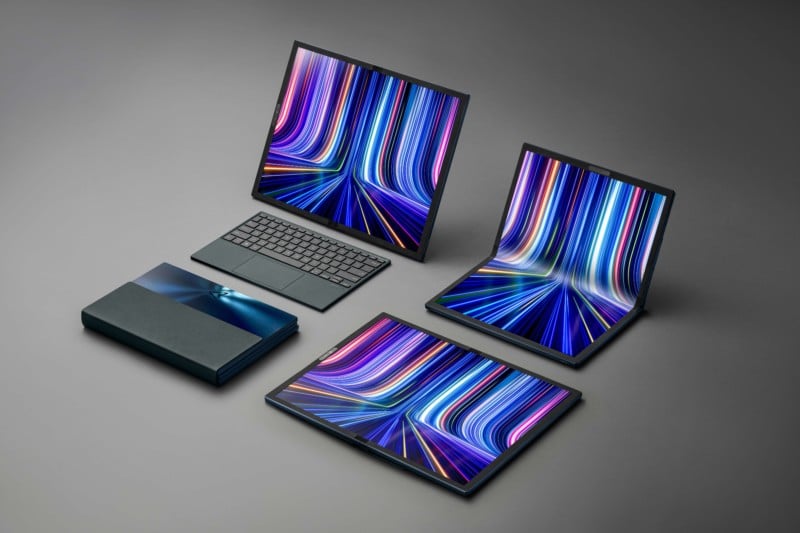 The Zenbook Fold comes with a small wireless (Bluetooth) keyboard and trackpad that sits over the bottom half of the screen when used as a more “conventional” laptop, or it can be used entirely as a tablet with an on-screen keyboard (like what is expected on a smartphone or iPad) when needed. 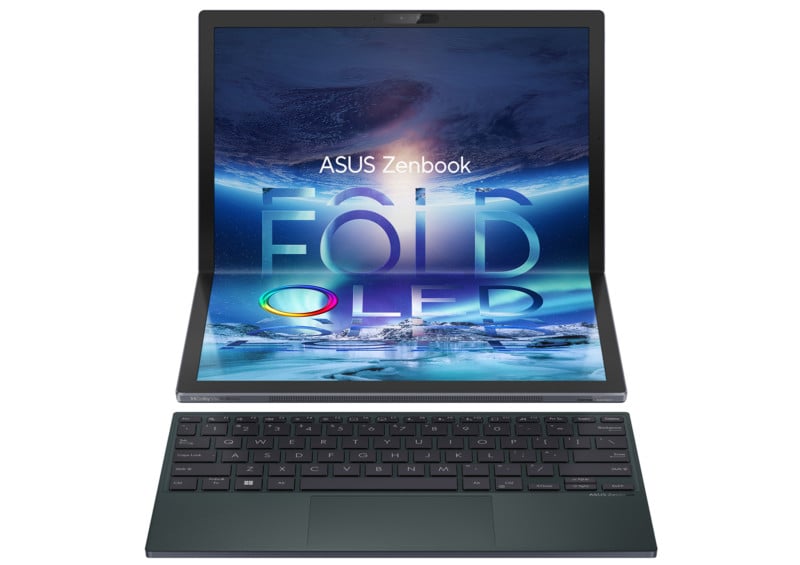 The Zenbook 17 Fold is available with a variety of configurable specifications including up to a 12th-gen Core i7 U Processor, 16GB of RAM, WiFi 6E, and a 75 Watt-hour battery (details on the expected battery life were not disclosed). The new system also contains two USB-C / Thunderbolt 4 ports, a volume controller, a QHD webcam, infrared camera, and light sensor as well as a headphone and microphone input jack.

The company claims the folding hinge of the Zenbook 17 Fold can handle at least 30,000 fold cycles, but the company did not say how well the layered polymer screen holds up over that duration. 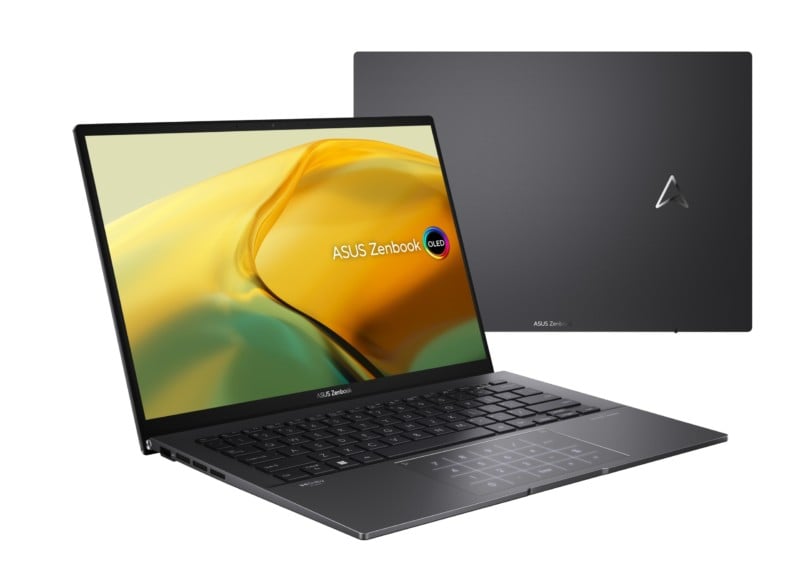 For those looking for something a little more traditional, the Zenbook 14 OLED (and OLED Space Edition) were also announced and offer a variety of colors and internal configurations including a stylish metal lid with embossed logos and a 12th generation Intel Core i7 P-series or AMD Ryzen 5000 series processor. Both configurations offer up to 16GB of RAM and up to 1 TB of storage. The touchpad of the new laptops have a combined purpose of a 10-key number pad as well as the traditional touchpad controls and the 14-inch display offers an OLED with 2,880 by 1,800 resolution. 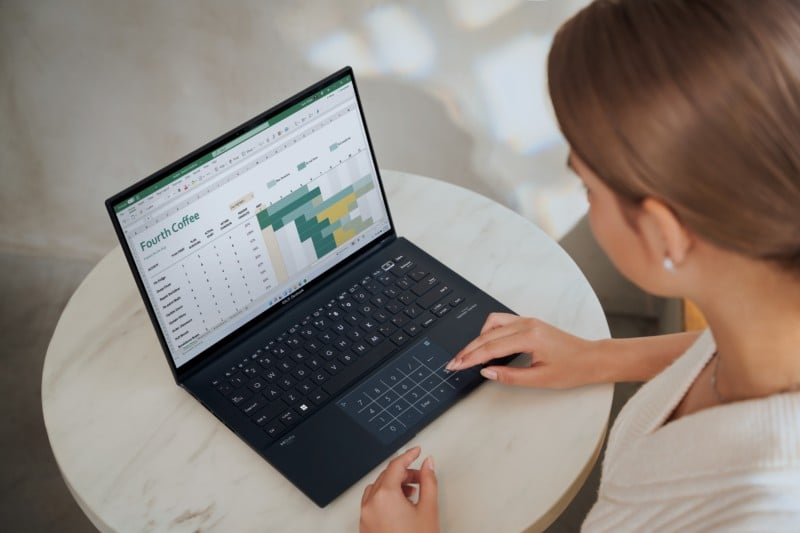 With the standard laptop design of the Zenbook 14 OLED comes two USB-C (Thunderbolt 4) connections, a USB-A port, HDMI, a microSD card slot, fingerprint reader, and a 75 watt-hour battery. As was the case with the Zenbook Fold, Asus did not provide actual battery life expectations for the Zenbook 14 OLED. 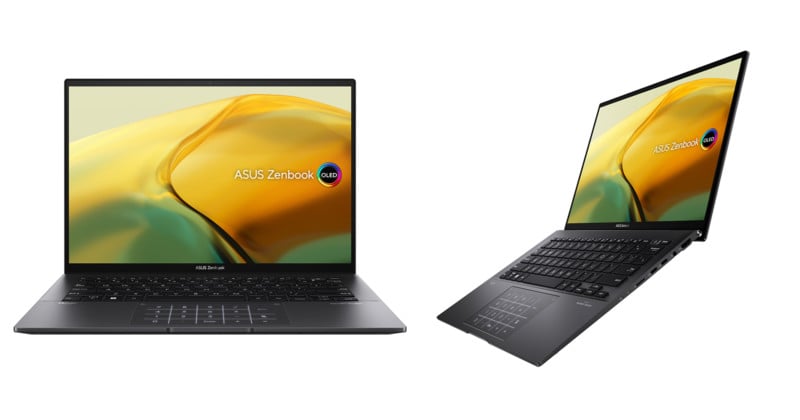 The new OLED Zenbooks are set to be available by the middle of 2022 with retail pricing to be announced closer to that time.