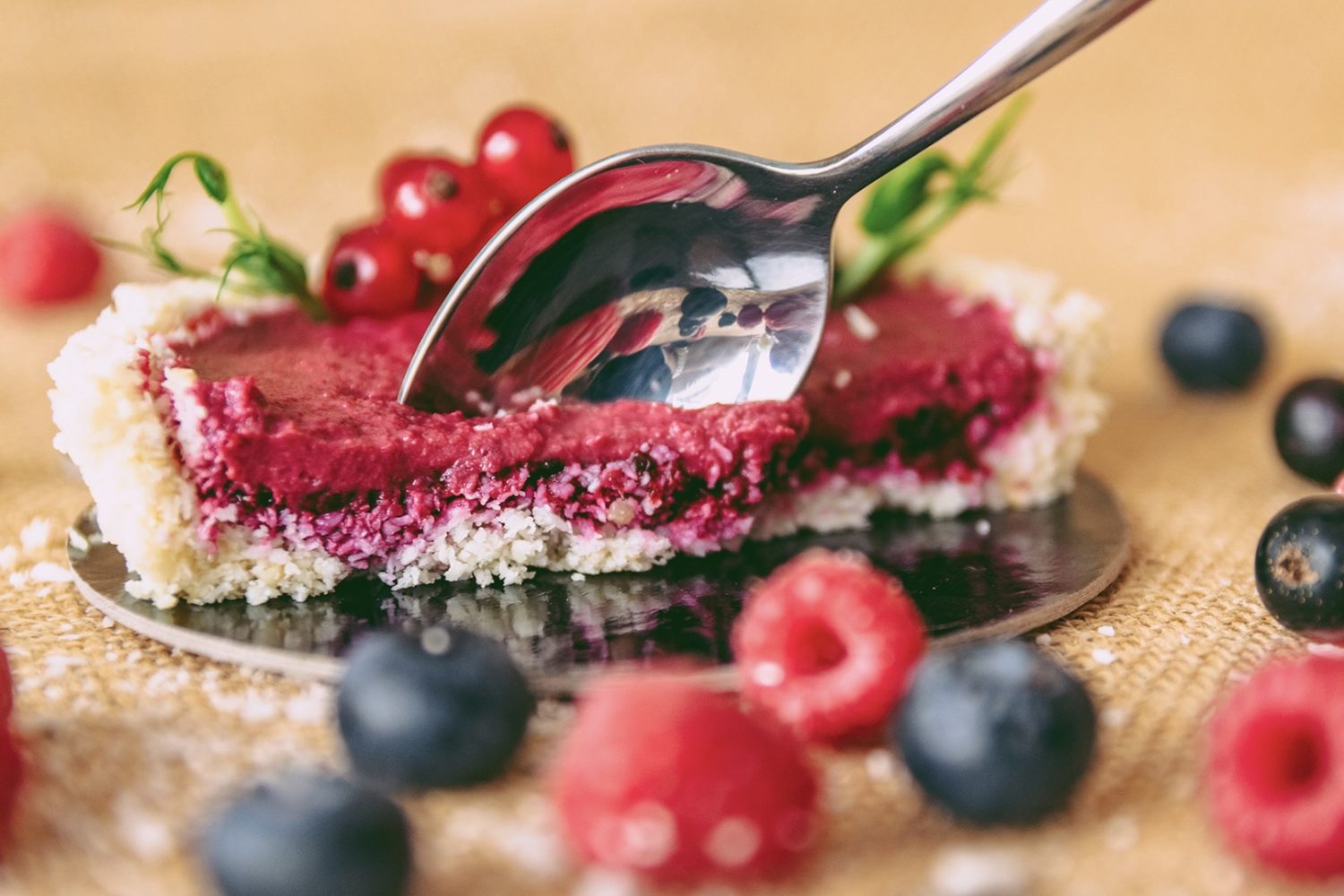 If you visit Butjadingen, Germany, you might happen across Hof Butenland, a sanctuary for rescued farm animals. Before it was a haven for cows, pigs, chickens, geese, horses, and dogs, it used to be a dairy farm, but the brutality of the industry and its environmental impact inspired Jan Gerdes, a former dairy farmer, to choose a different path. He and his partner, Karin Mück, founded Hof Butenland as a safe place where animals could live their lives, happy and free from harm and exploitation.

Hof Butenland’s story is one of many representing a global shift toward veganism amid animal welfare, health, and environmental concerns. Germany, once known for foods heavy on meat and dairy, is now home to an estimated two million vegans, as reported by The New York Times. As of last year, research indicated that 42% of Germans had deliberately cut down on their meat consumption. 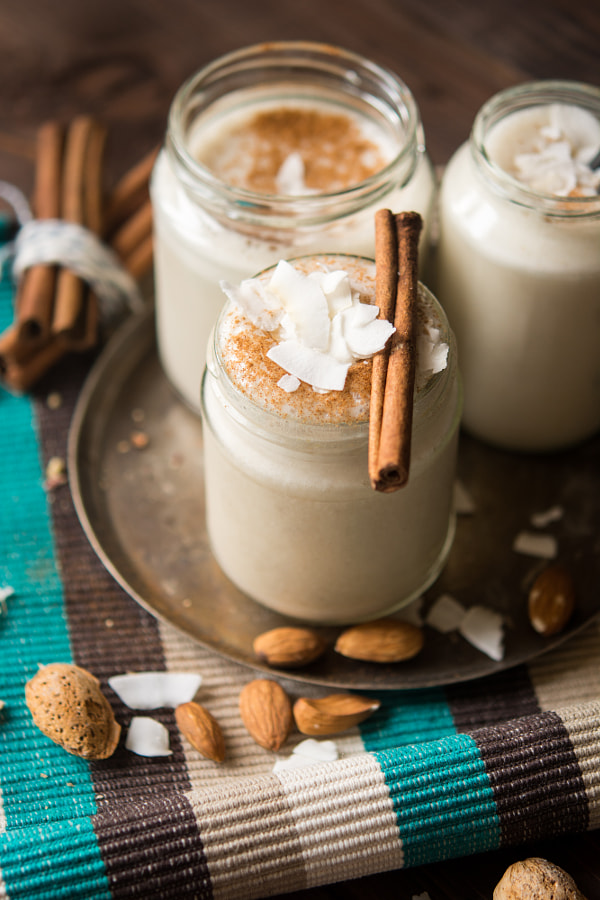 Germans aren’t the only ones. In the past ten years, Britons have reduced their meat consumption by 17%, with England’s national food strategy recommending a 30% reduction in the near future, for both health and environmental reasons. Globally, there are an estimated 79 million vegans, and the global vegan food market is expected to hit $24.3 billion by 2026.

As more consumers have learned about the cost of meat, egg, and dairy production, demand for alternatives has soared. This year alone, leading confectionery companies like Hershey’s, Nestle, and Cadbury all announced vegan chocolate bars. The plant-based movement has inspired brands large and small to reexamine their relationship with animal products, and in turn, this shift has also influenced the world of advertising and commercial photography. 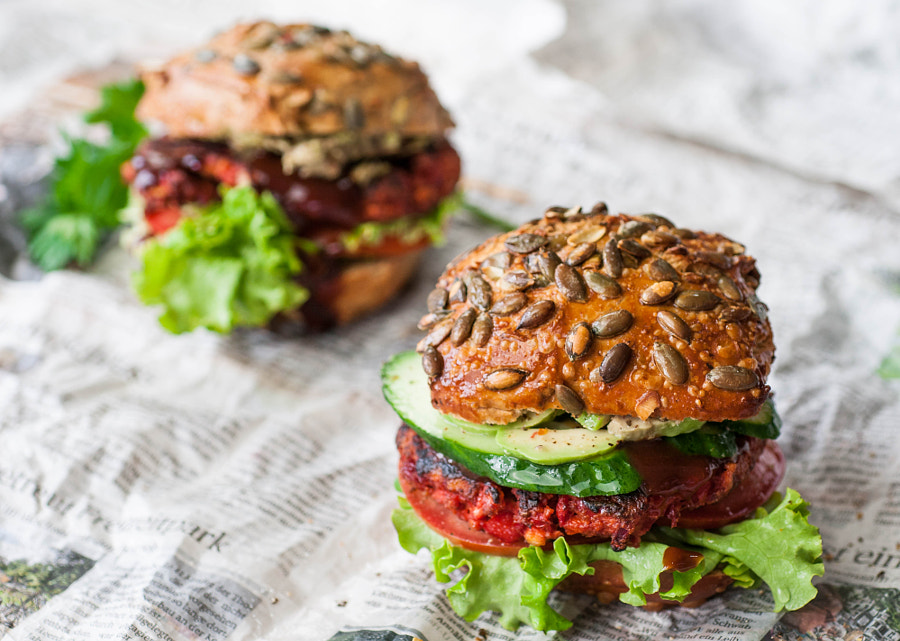 Estimates suggest that animal agriculture accounts for 14.5 to 16.5% of human-caused gas emissions, with one recent study finding that meat represents 57% of all food production emissions. The sustainability movement has reshaped advertising in recent years, as brands visualize a more ethical way forward.

As awareness grows around plastic pollution, we’ve seen increased interest in photos that use sustainable props (e.g., metal straws, reusable mugs or water bottles) to address some of our world’s most pressing current issues. We’ve also seen a boom in images with plant-based themes. Below, we’ll take a closer look at just a few ideas to consider when brainstorming your next commercial photoshoot. 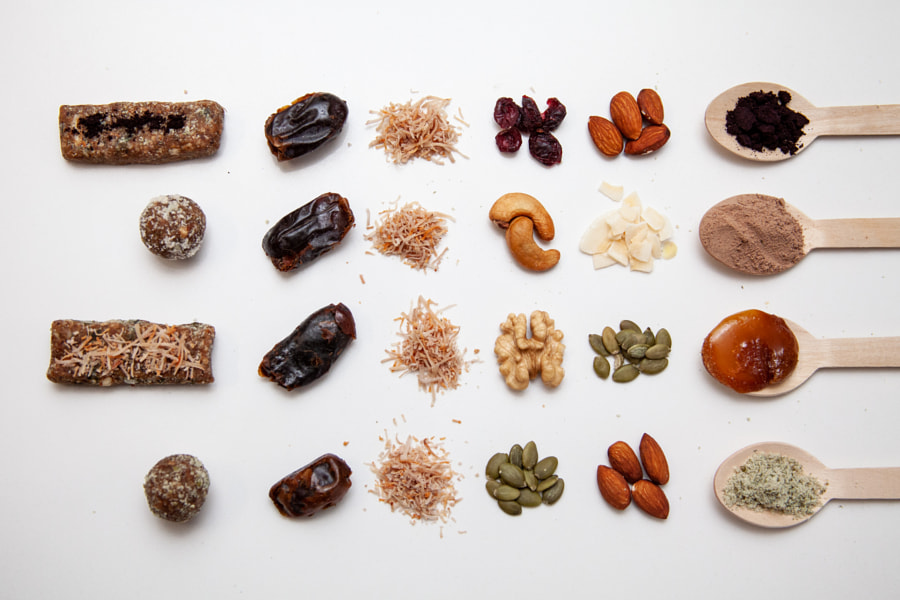 A vegan lifestyle often begins with a plant-based diet, so introducing these kinds of foods into your still lives and lifestyle shoots is a great place to start. This summer, research from Bloomberg Intelligence found that sales for plant-based dairy and meat alternatives had soared to $29.4 billion in 2020, with that number expected to grow fivefold by 2030. Even non-vegans are enjoying vegan options, with research from Kantar indicating that 92% of plant-based meals eaten in 2018 were consumed by non-vegans. Fast food companies and grocery stores alike have rolled out vegan options in recent years. These alternatives are perfect for photoshoots, as long as you make sure you don’t include any logos or branded design details on the packaging.

Another place to look for recipe inspiration is social media, as vegan dishes are known for being particularly “Instagrammable.” Over on TikTok, Tabitha Brown’s Carrot “Bacon” and Vegan Mac and Cheese broke the internet, with the star announcing her first vegan restaurant in Los Angeles this year. You can get creative here and think outside of the box. “Consider trendy foods such as dairy alternatives (soy milk, coconut milk, oat milk), curried tofu, vegan fast foods, pre-packaged vegan meat alternatives, vegan burgers, and more,” the 500px team suggests. According to Mintel’s Global New Products Database (GNPD), launches for vegan beauty and personal care products increased by 175% between 2013 and 2015. From skincare to cosmetics, the beauty industry is fertile territory for more ethical products, made without animal testing or animal products. Some animal ingredients you might not be aware of in cosmetics, lotions, or soaps include lanolin or placenta (derived from sheep), allantoin, gelatin, squalene, cow’s or goat’s milk, and more. 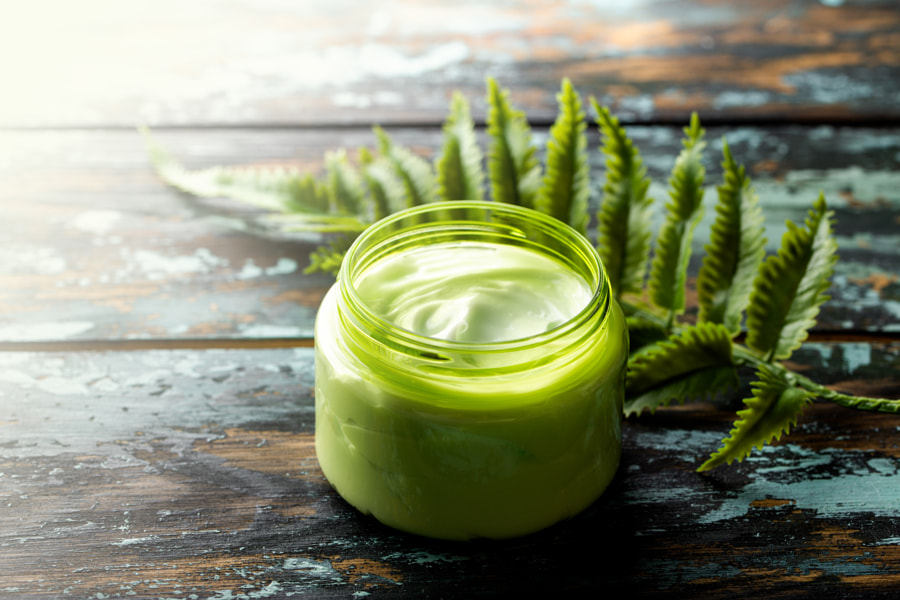 While vegan refers to the absence of animal ingredients, “cruelty-free” refers to the absence of animal testing. Animals are still subjected to painful testing in the cosmetic industry, though organizations like Cruelty Free International have worked tirelessly to end this unethical and unnecessary practice. As of this writing, many countries have legislation up for consideration that would ban animal testing in cosmetics, and China ended mandatory animal testing for most cosmetic brands just this year. 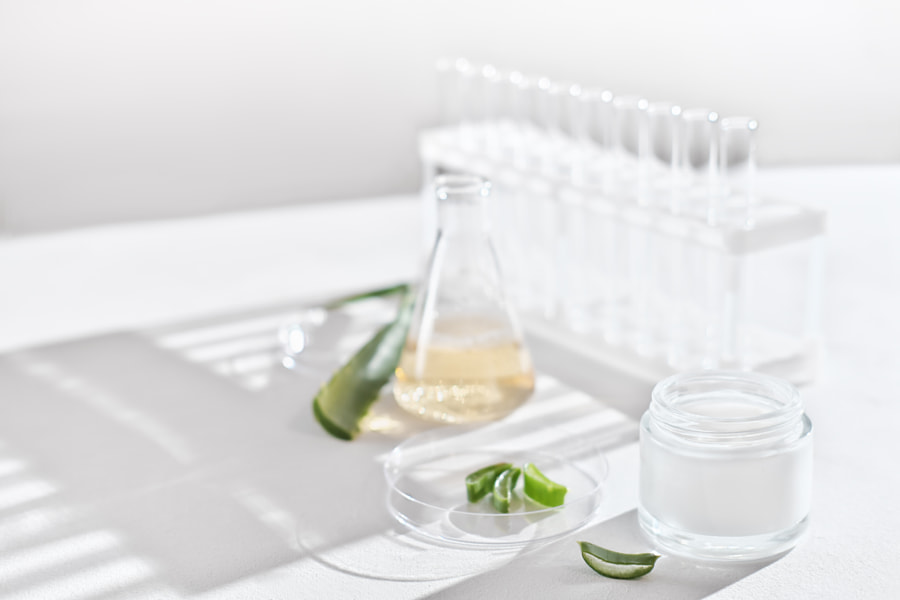 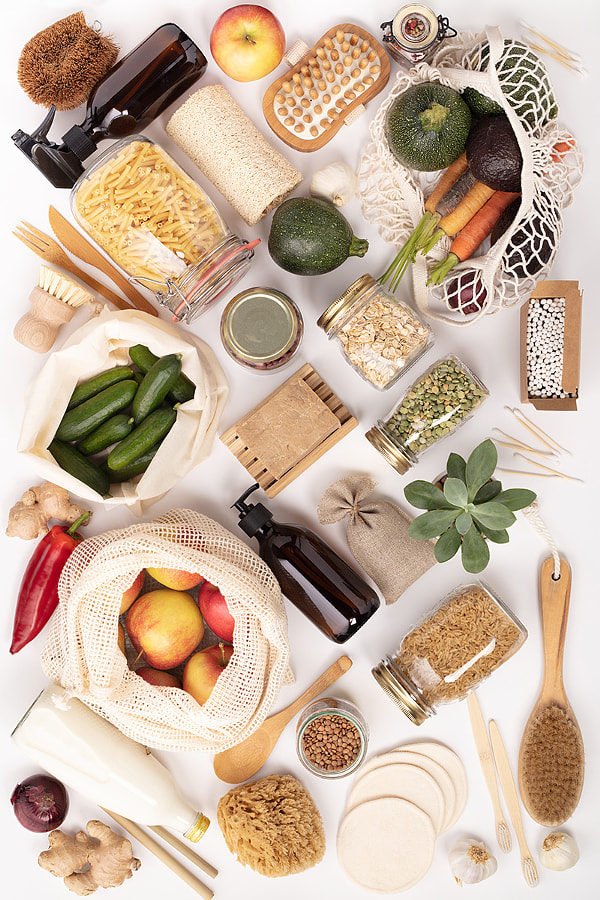 Meanwhile, the Humane Society International has launched the Be Cruelty-Free Campaign, working to outlaw cosmetic testing on animals. As more brands shift to vegan ingredients and cruelty-free products, those values will continue to shape their advertising. Using natural ingredients like plant-based waxes and pigments, and coconut oil or coconut milk in your photoshoots can help reflect a more ethical future for the beauty industry. This year, Hermès made waves when they announced the release of a version of their “Victoria” handbag made with Sylvania, a fungi-derived, vegan alternative to leather. While “pleather” has been around for a while, it’s not exactly sustainable or environmentally friendly, so it’s been wonderful to see so many alternatives crop up in the last few years, including options made from mushrooms, apples, pineapples, mangoes, banana leaves, and more. 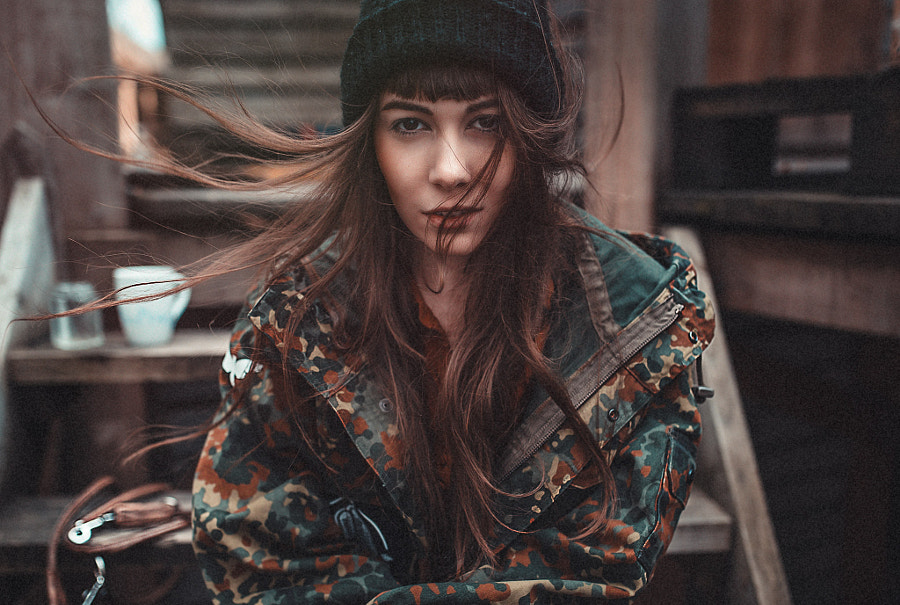 When it comes to textiles, steer clear of wool and silk and opt instead for organic cotton, linen, bamboo, or natural plant silks. Fur is also on the way out; consider, for instance, when Billie Eilish convinced Oscar de la Renta to stop selling fur in exchange for wearing the brand’s (vegan-friendly) gown to the Met Gala this year. 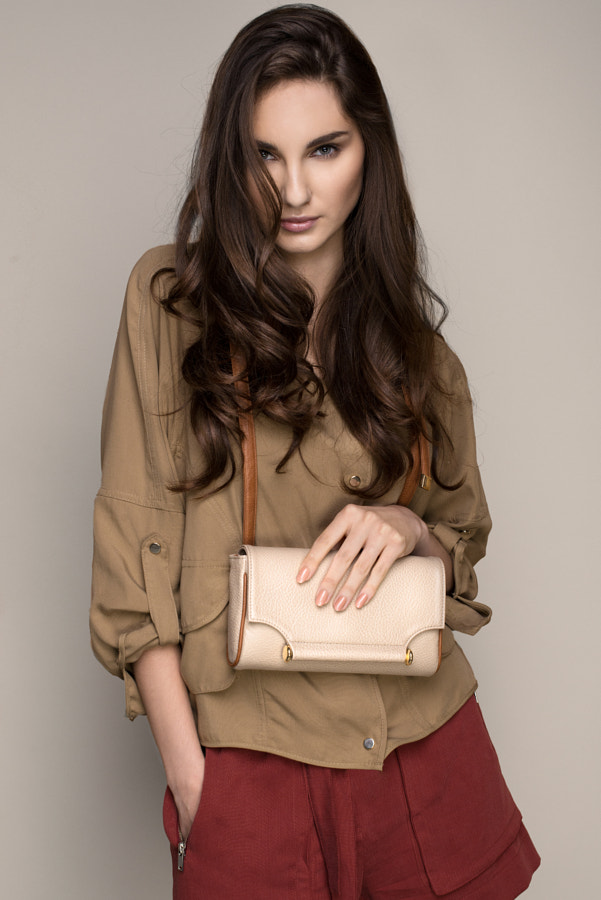 One way to highlight sustainable, vegan fashion in commercial photography is to team up with a local fashion designer, artisan, or business. They can use the photos you shoot to promote their brand, and you can ask if they’d be willing to sign a property release to let you license the pictures for commercial use. If you don’t have a property release, you’ll have to steer clear of any recognizable designs, patterns, or artwork, as these are the intellectual property of the designer or artisan. Veganism can be reflected in commercial photography in a number of ways, from documentary-style lifestyle shoots to conceptual still lives that illustrate the importance of animal rights and a more sustainable future. Consider plant-based food, cosmetics, and clothing when collaborating with models, and get creative in the studio with vegan-friendly props and concepts. More vegan options are being introduced across industries, so the potential here is limitless.