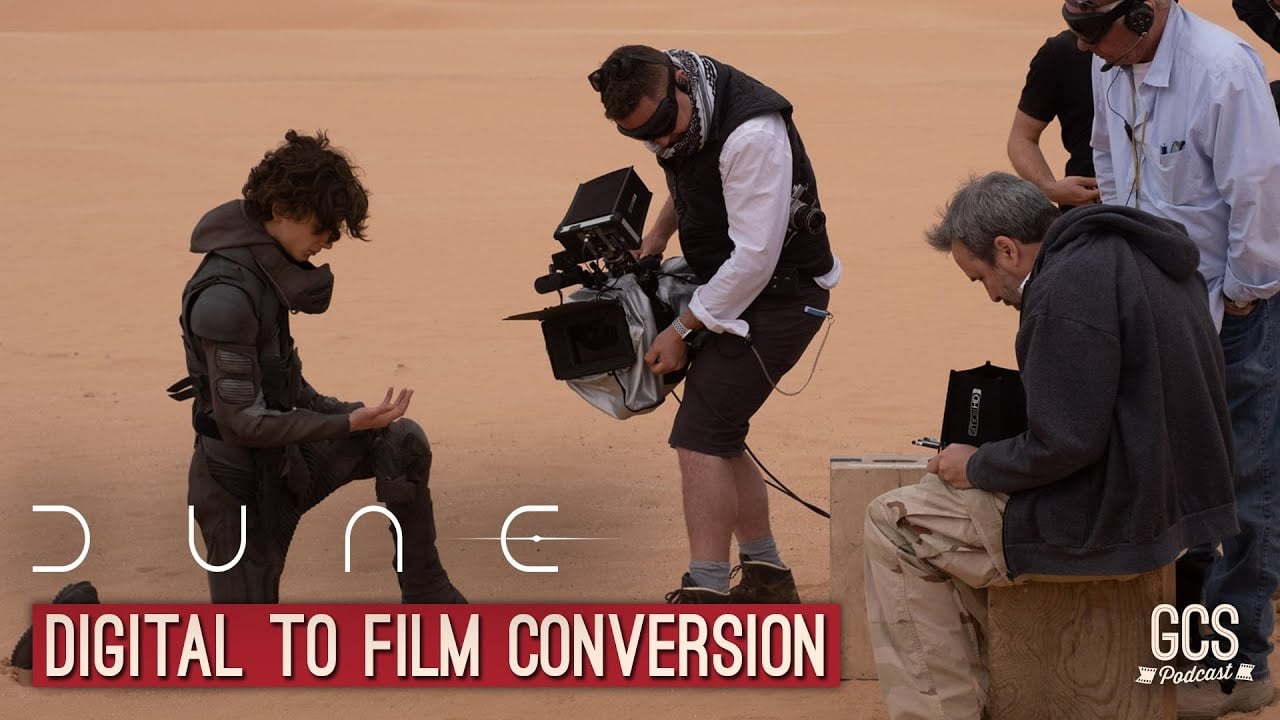 Well, there’s no denying that the recently released Dune remake has a unique yet familiar look and feel to it. But the process to create it might not have been what you thought it was. While some will instantly assume that it was shot on digital (because there isn’t much that isn’t these days) others will believe it was shot on film. Well, both sides are right.

It turns out that it was shot digitally on the Arri Alexa LF which was then transferred to film and then scanned to turn it back into a digital format again. Why was the decision made to do things this way? What was the benefit that it achieved? Well, in this video, Go Creative Show talks to Dune director of photography, Greig Fraser to find out.

Greig explains that the decision was made very early on in the process after they tested a bunch of different cameras as well as film formats. Before these tests, he says his instinct would have been a mix of IMAX and 35mm anamorphic, but then the test shots were edited together into a short film. On viewing the footage, though, they felt that shooting directly onto film made things look a little too dated and digital was just a little too clean and perfect to describe the world they wanted to create in the camera.

After all, while Dune might be sci-fi, it’s not an ultra-modern techy sci-fi. There are no computers and blinky lights like the bridge of the Enterprise. So the decision was made to essentially use both. Get the best of both worlds and use each to compensate for the other’s… failings, as it were. They had the dynamic range and colour of digital thanks to the Arri Alexa LF – not to mention the fact that they could shoot as much as they liked without the expense of physically throwing tape on the cutting room floor – which was then made a little less perfect by transferring it onto 35mm film in controlled conditions.

While it’s not mentioned specifically in the interview (or in other write-ups I’ve seen about the technique used for this movie specifically), I would expect that all of the effects were applied to the original digital footage before it was transferred to film for easier matching. Digital effects are just easier to match to digital footage. And sending out the effects along with the footage to film gives those digital effects that organic look that only true film grain can offer.

Man orders $3,000 Sony a7 IV, gets a box of white powder instead
Disney Turns Photographers’ Diverse Princess Portraits into Dolls
The Sword-Billed Hummingbird: A Knight of the Andes
Photography News: Canon Lens Rumors, Tycho Crater Up Close
UV Filter: Should You Use One on Your Camera Lens?