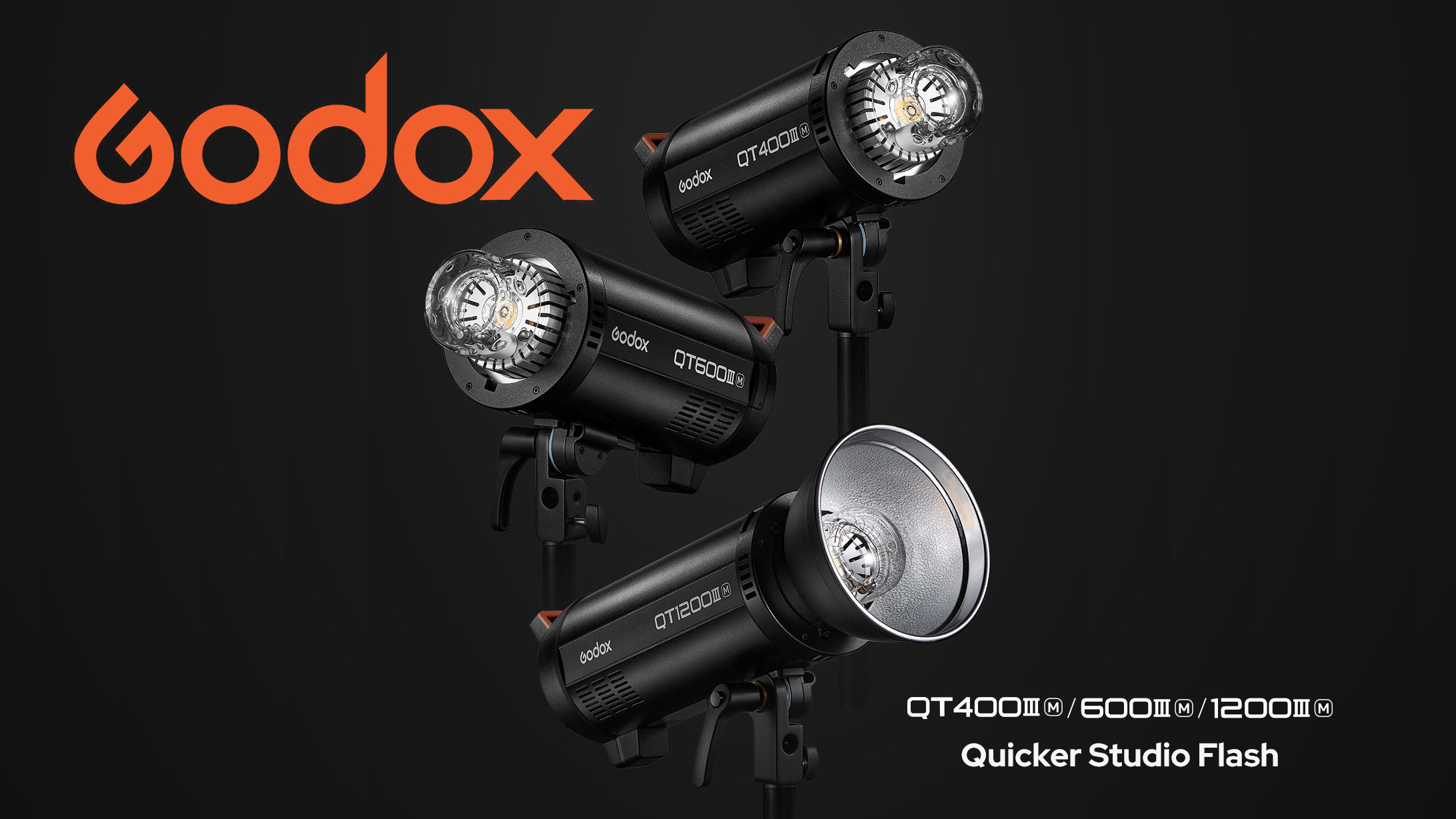 Although the Godox M600D LED light might not quite be official yet, Godox has announced three new strobes in its QT series today. The QT series is Godox’s line of “Quicker” AC-powered studio strobe lights offering HSS up to 1/8000th of a second as well as short flash durations with t0.1 times as fast as 1/29,600th of a second. Today’s announcement brings the third generation of QT lights with the Godox QT400III, QT600III and a very powerful QT1200III.

These are manual lights and do not offer TTL, but they are designed for shooting at high speed with super short exposures – whether that be through a fast shutter speed or an extremely short flash duration. And while High Speed Sync might not always be that useful in the studio, the fast flash durations most definitely are, especially if you’re trying to freeze the action of fast-moving subjects like dancers or objects flying through the air.

All three models also feature recycle times to match that speed at only 0.9 seconds at maximum power and 0.01 second at minimum power. Multiflash is also supported up to an insane 30Hz (yes, 30 flashes per second!) for 99 flashes – or just over three seconds.

The new QT III series lights aren’t that different on-paper to the QT II series, but they receive the newer bulb design of the AD400Pro, AD600Pro and AD1200Pro portable strobes. This leads to more efficient flash output and the 150W incandescent bulb has been replaced with a more energy-conscious 40W LED modelling light, bringing down both power consumption and heat generation. LEDs also have a much longer lifespan, so you’ll likely never need to replace it under normal operation – something which you might have to do regularly with incandescent modelling lights.

Are they worth upgrading if you’ve already got the QT II series lights? Possibly not unless you really want that 40W modelling light to pull double duty when you want to shoot video. Although. in that case, I’d probably just invest in some dedicated video LEDs if you’re planning to go that route. But if you’ve been thinking about picking up some high speed AC-powered studio strobes, and don’t already own the QTII series, then the new QTIII lights look like they could be just the ticket.

Rode’s NTH-100 headphones are now a headset with the new NTH-Mic microphone
Photographer falls 80 feet to his death while shooting from a parking garage
How to Develop B&W Film at Home: A Simple Guide for Mere Mortals
Some Notes on AI, ChatGPT, and the Photography World
‘Lunchbox’ Replaces Photographers as the First AI Image Generator for Food