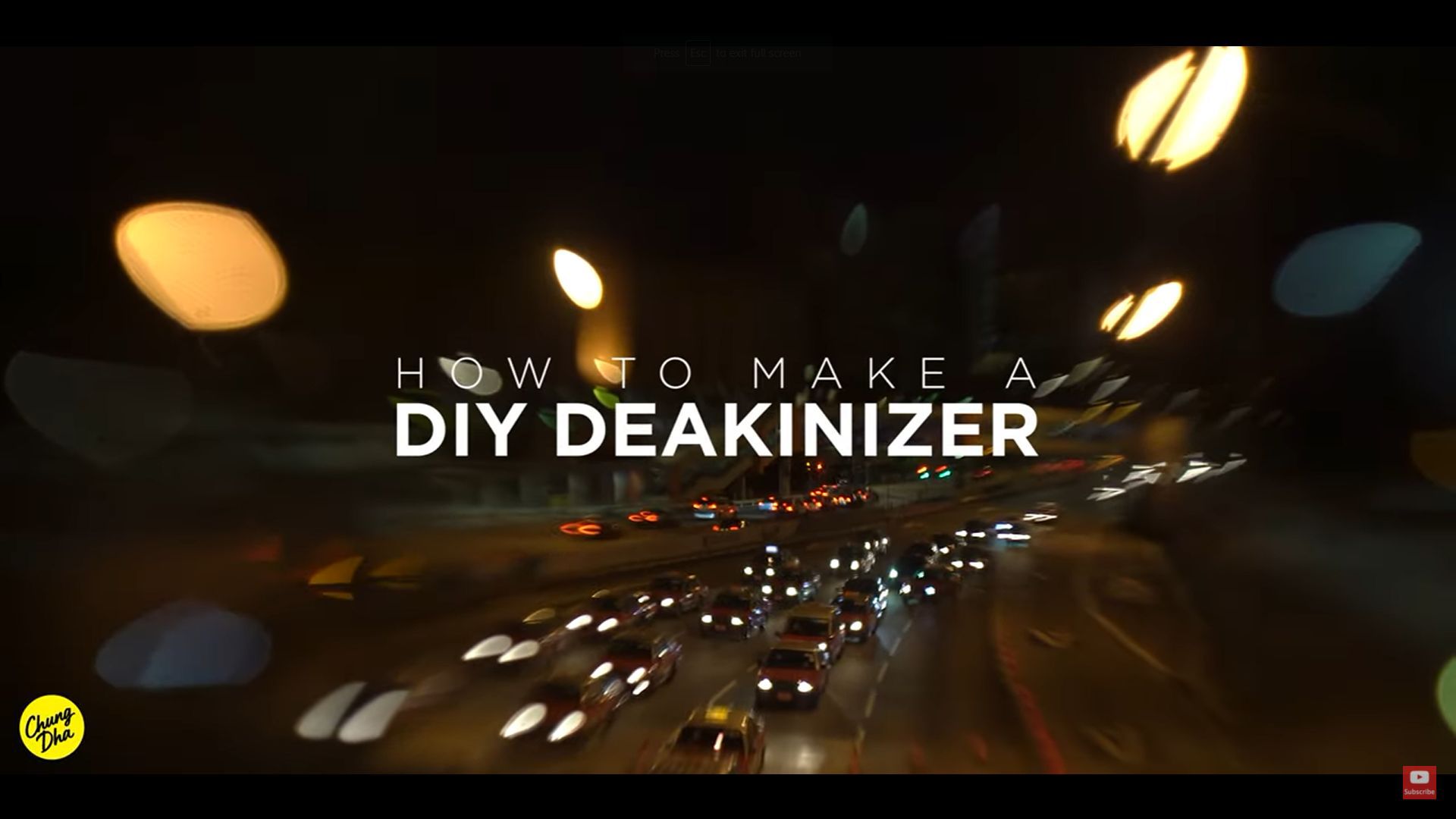 If you’re a fan of cinematographer Roger Deakins’s work, you’re most likely familiar with Assassination of Jesse James by the Coward Robert Ford. Deakins modified a lens especially for this movie and used it to get a unique and dreamy tilt-shift effect. This type of lens has become known as the Deakinizer lens, and in this video, Chung Dha Lam shows you two simple and affordable methods for making your own.

The first method is using a wide-angle converter. Instead of screwing onto your lens, you should hold it backward in front of it. It’s pretty simple and straightforward, but it has some downsides. First, not every adapter + lens combination works, and you’ll need to test out different combinations to find out which will work for your lens.

The second method is the one Chung prefers, and it involves using a modified Mir 1B 37mm f/2.8 lens on a tilt-shift adapter, and everything attached to your camera. The tilt-shift adapter allows you to move the spot focus around the frame, but it also holds the lens in place so you don’t have to hold it like in the previous method. Chung used the lens on a Sony camera, so he also used an M42 to EF adapter to set everything up. Along with that, the whole setup costs around $100 or less.

As I mentioned, the lens is modified, and it’s pretty simple to do it in this case. Use a lens wrench to unscrew the front element. Flip it, and screw it back on. Mathieu Stern explains how to do it here.

I’d say that the Deakinizer lens isn’t for everyone’s taste, but then again – which lens is? It’s perfect for filming scenes of a dream or being intoxicated. And of course, for experimenting and getting a unique look in both photos and videos. And if you’re up for some more Deakins’ inspired DIY gear, take a look at this article.

[How to make a DIY Deakinizer Lens | Chung Dha Lam]

Lightroom Coffee Break: Give Folders Color Labels in Lightroom Classic CC
Photojournalist Releases Intense Images from the Jan 6 Riot
Photos of Last Northern White Rhino on Earth Wins Travel Photo Contest
The Sword-Billed Hummingbird: A Knight of the Andes
7 ways to make the most of your location and create content that sells