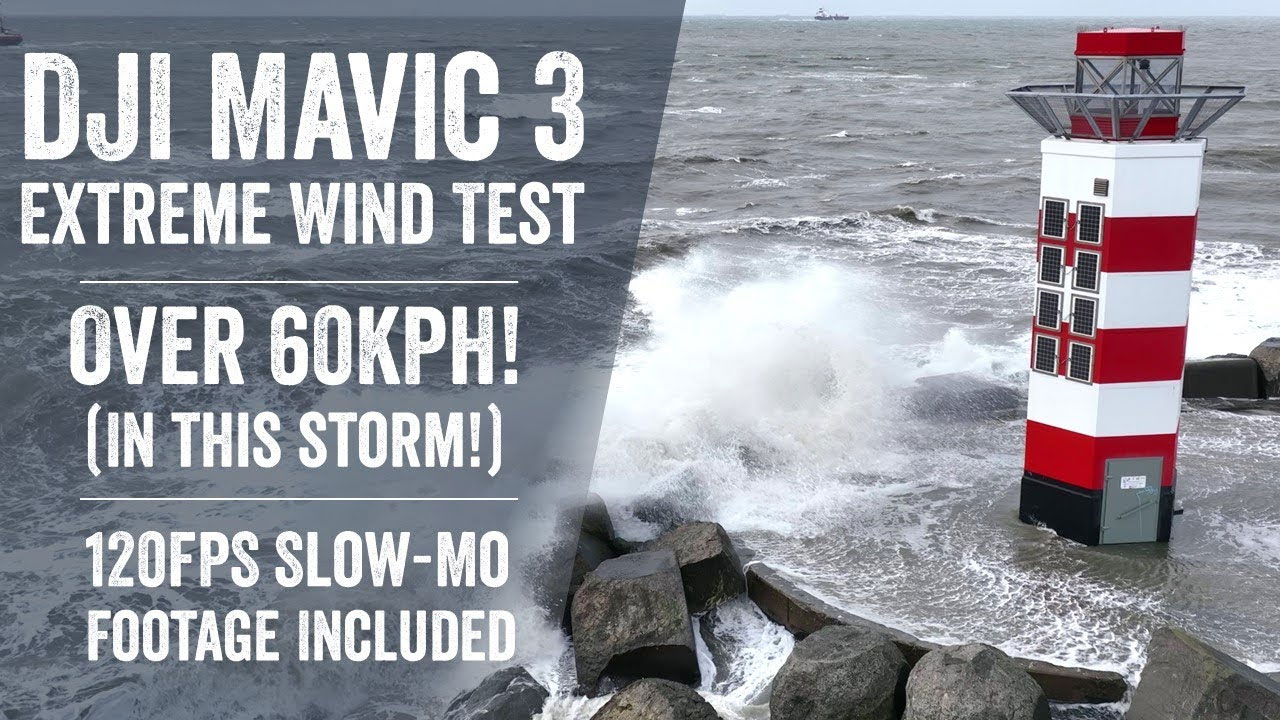 One of the big downfalls of many drones is their inability to handle strong winds. It’s something that now seems to have become a mission for drone manufacturers to overcome. We’ve seen Sony’s video showing off their Air Peak drone in the wind tunnel and a Saildrone survive a Category 4 hurricane and now it’s DJI’s turn with the newly announced DJI Mavic 3.

In this video, DC Rainmaker puts the DJI Mavic 3 through its paces with a real-world high-speed wind test. With winds reaching up to 60kph (37.3mph) it seems to handle it with relative ease, continuing to produce some pretty steady footage. According to the official DJI specs, the DJI Mavic 3 has a limit of 43km/h – or around 27mph. As you can see from the video above, though, it seems to be capable of handling much higher.

The video starts off with some (very) low altitude footage. Only around head-height off the ground, but you can see the Mavic 3 shifting and adjusting its position as it fights against the strong winds. The footage shown simultaneously, though, looks rock steady, with the camera staying perfectly level throughout and without any sudden jerky movements.

As the video goes on, we see higher altitudes, stronger winds in various modes including Sport mode, and even some 120fps slow-motion footage and it all looks extremely impressive. The quality, too, given that it’s the regular Mavic 3 and not the Mavic 3 Cine shooting at 5K looks very good, too, managing to keep detail on both the ground and the sky without the usual HDR/tone mapping artifacts we often see with outdoor exposures.

A very impressive result overall. It would be interesting to see side-by-side comparisons of wind and footage stability between the Mavic 3 and its predecessor, as well as the DJI Air 2S.

Photojournalist Releases Intense Images from the Jan 6 Riot
Nikon Z 800mm f/6.3 VR S Review
The Lime Two is a New and Improved Hot Shoe-Mounted Light Meter
What is Butterfly Lighting and How to Use It for Portrait Photos
ARRI and Rotolight Settle Photo and Video Lighting Patent Lawsuit