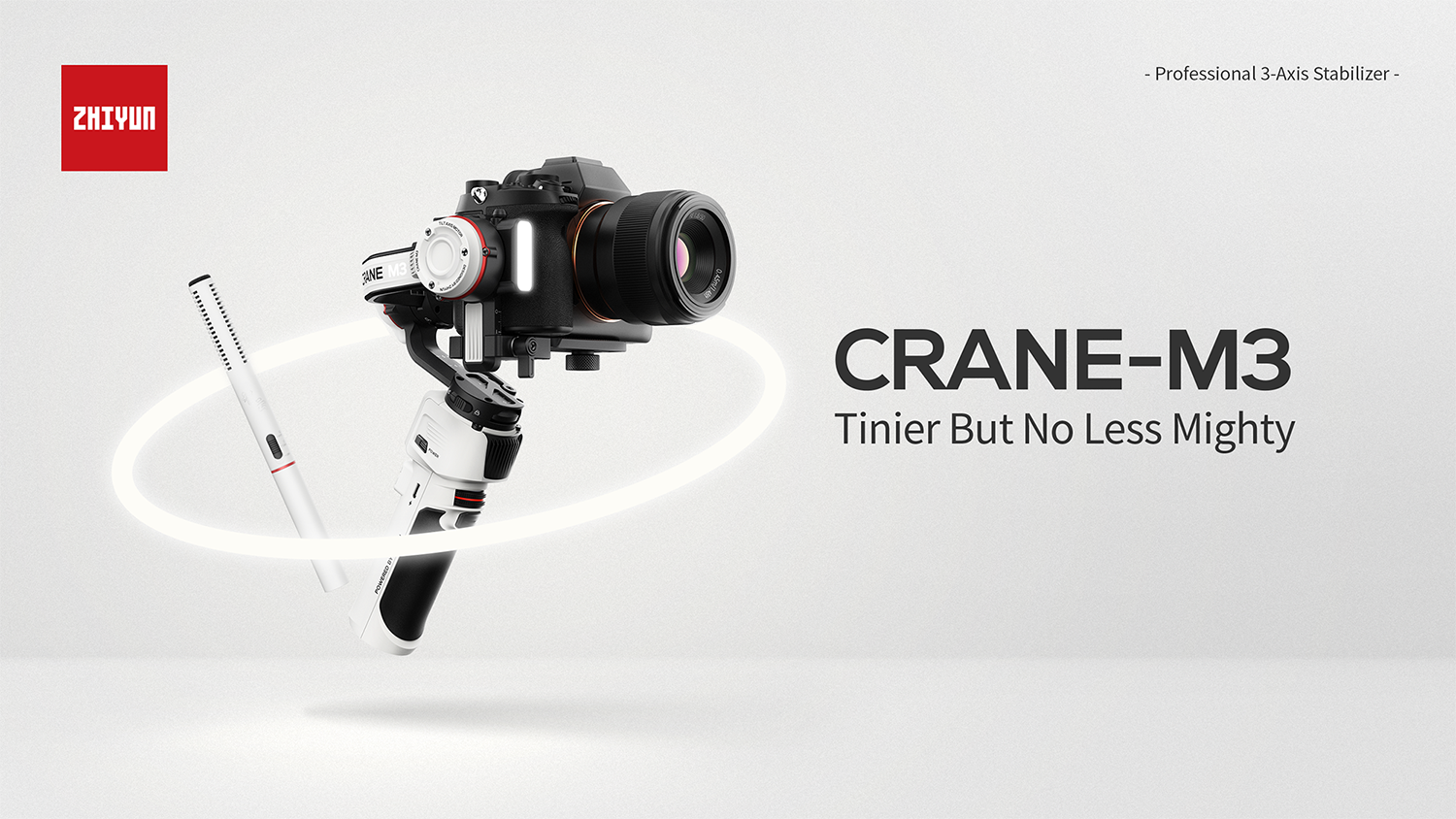 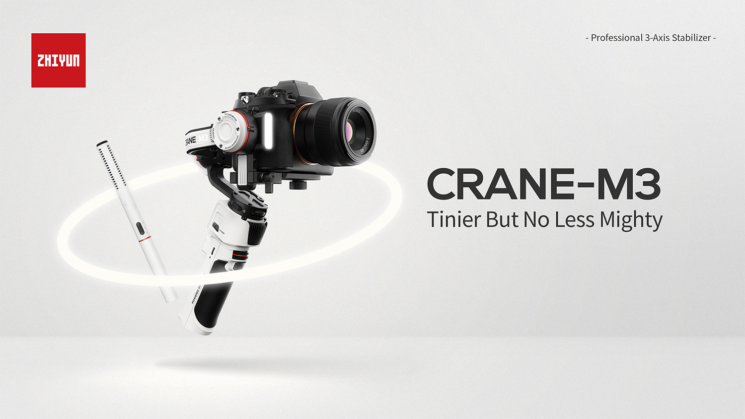 Zhiyun has today announced the latest iteration of their lightweight mirrorless gimbal, the Zhiyun Crane M3. Unlike its predecessors, the Crane M2 and the original Crane M, it comes with a new bright white colour scheme. It lets you easily swap camera batteries without having to rebalance, a built-in LED and you can even connect it up to an XLR microphone.

In fact, not only can you connect it to an XLR mic, but Zhiyun has released their first XLR Shotgun Mic along with the TransMount Base to go along with the Crane M3 to let you get the best quality audio that you can. There’s also a stylish new Zhiyun backpack to carry it all in.

While primarily targeted towards mirrorless cameras – and compatible with 90% of them according to Zhiyun – the Zhiyun Crane M series is designed for mirrorless cameras, action cameras and smartphones. And the Crane M3 is no different, allowing for easy use with all three. And for mirrorless cameras, it appears to have a quick-release system similar to that of the Crane 2S, allowing you completely remove your camera setup from the gimbal in one swipe to swap out batteries or memory cards and reinsert without having to rebalance – which is an amazing ability when you’re out on location. 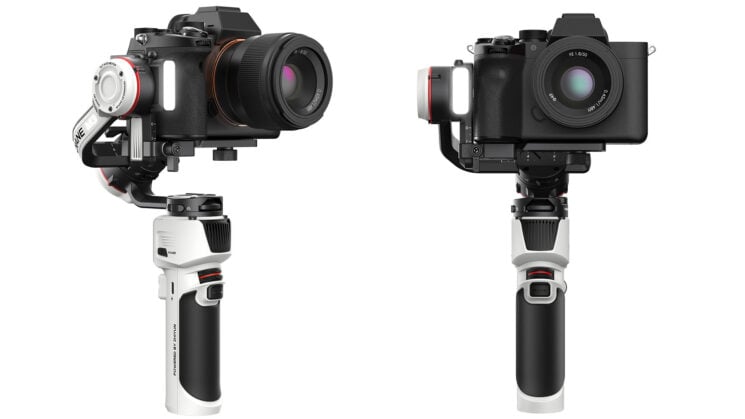 One new feature of the Zhiyun Crane M3 is a built-in 800 lumen LED light with a CRI of 90+. Sure, it’s not going to provide the best lighting given the position it’s at relative to the camera but it should be plenty powerful enough as a fill light to raise those shadows when you’re filming something like a person talking straight to the camera. Or any kind of close up work that just needs a little bump in light. It even has magnetic colour filters you can pop over it in case you want to add a little creative flair. 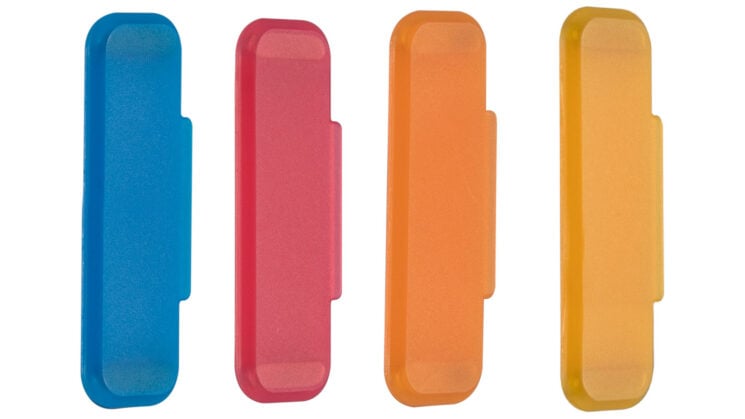 On a full battery, you get up to 8 hours runtime and with a 25W USB-PD Type-C connection it charges from flat to full in only two hours. And, like the Weebill 2, the Crane M3 also supports charging from USB while the gimbal is in use if you happen to run low on juice while filming.

The Crane M3 has grown a little over the Crane M3, but it has more battery life, now features the control wheel, can control ISO, aperture and shutter on compatible cameras, has a larger touch screen display, a built-in LED light and a bunch of new compatible accessories.

It’s those accessories that I find particularly interesting about the Crane M3 release. Specifically, the TransMount Shotgun Microphone and the TransMount Expansion Base. Zhiyun’s target for this combo is journalists who may need to film and record audio from a press conference or shoot a statement for a newsworthy event. 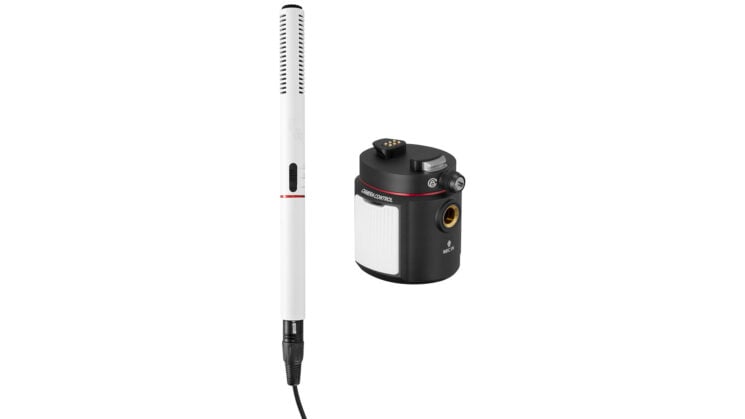 There doesn’t appear to be a lot of information out there on either of these two units yet, but it has a 50Hz-16kHz frequency response and can be powered from either 9-52v phantom power when you’re going straight into a mixer, field recorder or another device that can supply phantom power or you can power it from a single AA battery internally for when you’re using it with the TransMount Expansion Base. Given that this is Zhiyun’s first entry into the audio space, I’d be curious to hear how this compares to other shotgun microphones I have here from Sennheiser, Rode, Deity, etc. 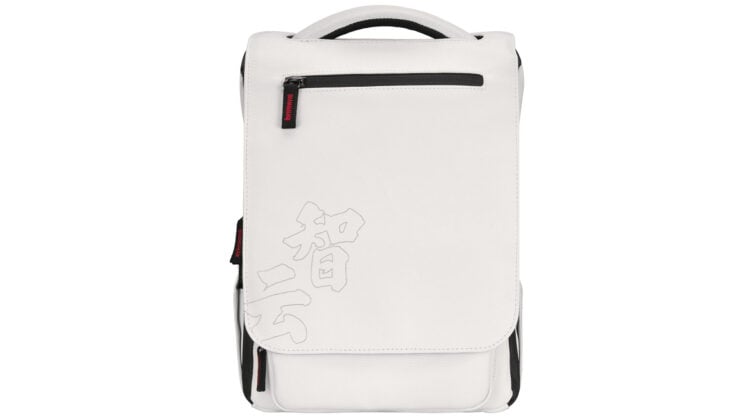 To go with the white aesthetic of the gimbal itself and the microphone, Zhiyun has released a new TransMount EasyGo backpack to match. As with the other accessories, there isn’t a lot of information available on this one yet. So, I’ve no idea what the overall capacity is or what the internal layout looks like. There’s also a TransMount Bluetooth Control Unit, but again, there’s no real information on it yet.

The Zhiyun Crane M3 is available to buy now from the Zhiyun website in three packages. There’s the Crane M3 with the standard mini tripod for $399, the Combo pack for $449 which upgrades the tripod to the Tripod Plus and also includes the smartphone mount and EasyGo backpack and then there’s the Pro package for $649 that includes everything that the Combo does but also adds the TransMount Shotgun Microphone and TransMount expansion Base.

Make Your Photos Look 3D with Dodge and Burn in Capture One 23
The Advantage of an Inconspicuous Camera
The Lime Two is a New and Improved Hot Shoe-Mounted Light Meter
How to Achieve Compositional Balance in Photography
Lightroom Coffee Break: Give Folders Color Labels in Lightroom Classic CC