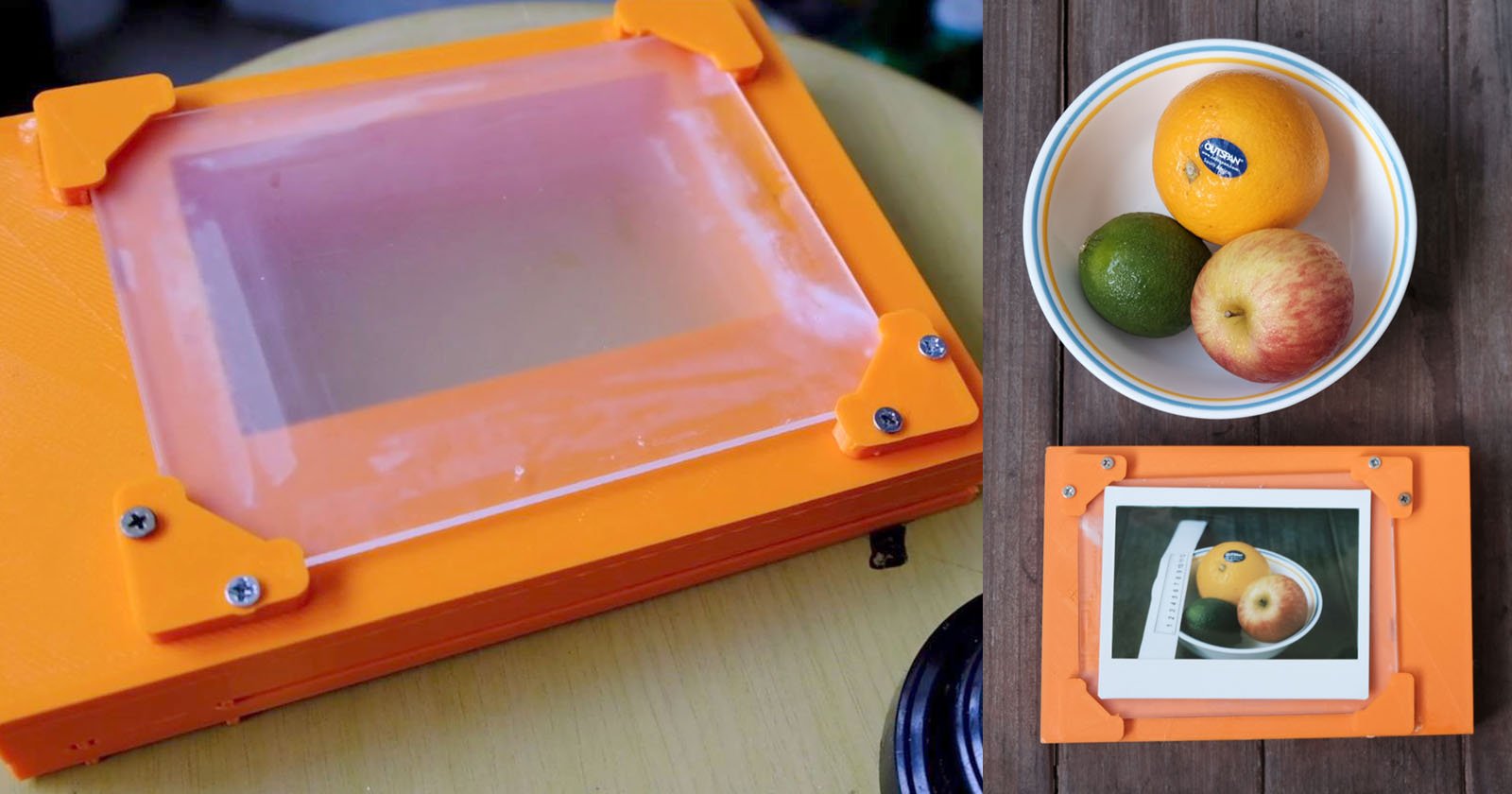 I recently began shooting with the new LomoGraflok 4×5 instant back from Lomography on my Chamonix 4×5 camera and found that I needed to use a spacer every time we compose a shot.

The space is to take into account the different film plane on this back. The Instax Wide film plane is further away by 19.4mm from the usual sheet film plane.

Another thing I found is that if I were to mount the back on the camera, I would need to remove the ground glass frame. The Chamonix ground glass frame is easy to put back ( one hand to slide the frame in) but difficult to remove (you need two hands to lift out the two spring arms) and that is kind of troublesome if you have to do that for every shot.

So, I decided to 3D print a ground glass frame that already has the spacer built-in and that is also much easier to remove and put back.

Read also: The LomoGraflok 4×5 Instant Back Review: A New Twist for Large Format

The new ground glass frame that I 3D printed is very similar in size to the spacer that came with the back. The only difference is the height which is about four millimeters higher to take into account where the ground glass should be.

The other thing I added was the grooves along the long sides so that they can be locked down. In contrast, there is no groove on the original spacer because will be held in place when you insert it into the ground glass frame

The 3D design is done in Fusion 360, nothing too complicated as the shape is quite regular. It is a matter of measuring the original spacer and transferring the measurements into the design. One of the things that I nearly missed including is the two raised bars on the right side of the frame. These are used to align the entire frame on the camera back to prevent it from being inserted too much or too little.

I 3D printed it using my Anycubic Mega S printer with the following specs (for reference):

The STL files can be downloaded here (please note this is a work in progress project).

Instead of making my own ground glass, I opted for a piece of 3mm acrylic that is frosted on one side. I have a piece lying around from my Afghan Box camera builds so I decided to use it. There are also four corners that I used to hold the ground glass in place. The two bottom pieces are glued to the main body using superglue while the other two are secured with screws. This will make it easier to swap ground glass in the future by unscrewing the top two pieces.

So what was left is to do a test shoot to make sure the ground glass image plane is the same as the Instax Wide back film plane. I chose a still life setup and focused on the label on the orange. The results show that there is no shift in focus switching from ground glass to instant back.

The radial locks to catch the groove are not well aligned. Although the 3D frame is still held in place, it is something to look into.

While the 3D printed back is not perfect, it certainly makes using the instant back easy with my Chamonix camera. Other 4×5 cameras may not require this if the back can be slotted under the ground glass.

About the author: Cheng Qwee Low is a (mainly) film photographer based in Singapore. In addition to using cameras ranging from 35mm to ultra-large-format 8×20, Low also enjoys alternative processes such as kallitype and albumen printing. The opinions expressed in this article are solely those of the author. You can find more of Low’s work on his website and YouTube. This article was also published here.

U.S. is Tracking Massive Chinese Spy Balloon Floating Over Montana
What is an Intervalometer?
🔥 Change Hairstyles and Swap Hair in Photoshop!
Sigma 50mm f/1.4 DG DN Art Review: Upping the Ante Across the Board
Moving photos of the world’s last Northern White white rhino and her keeper win 2022 Travel Photographer of the Year