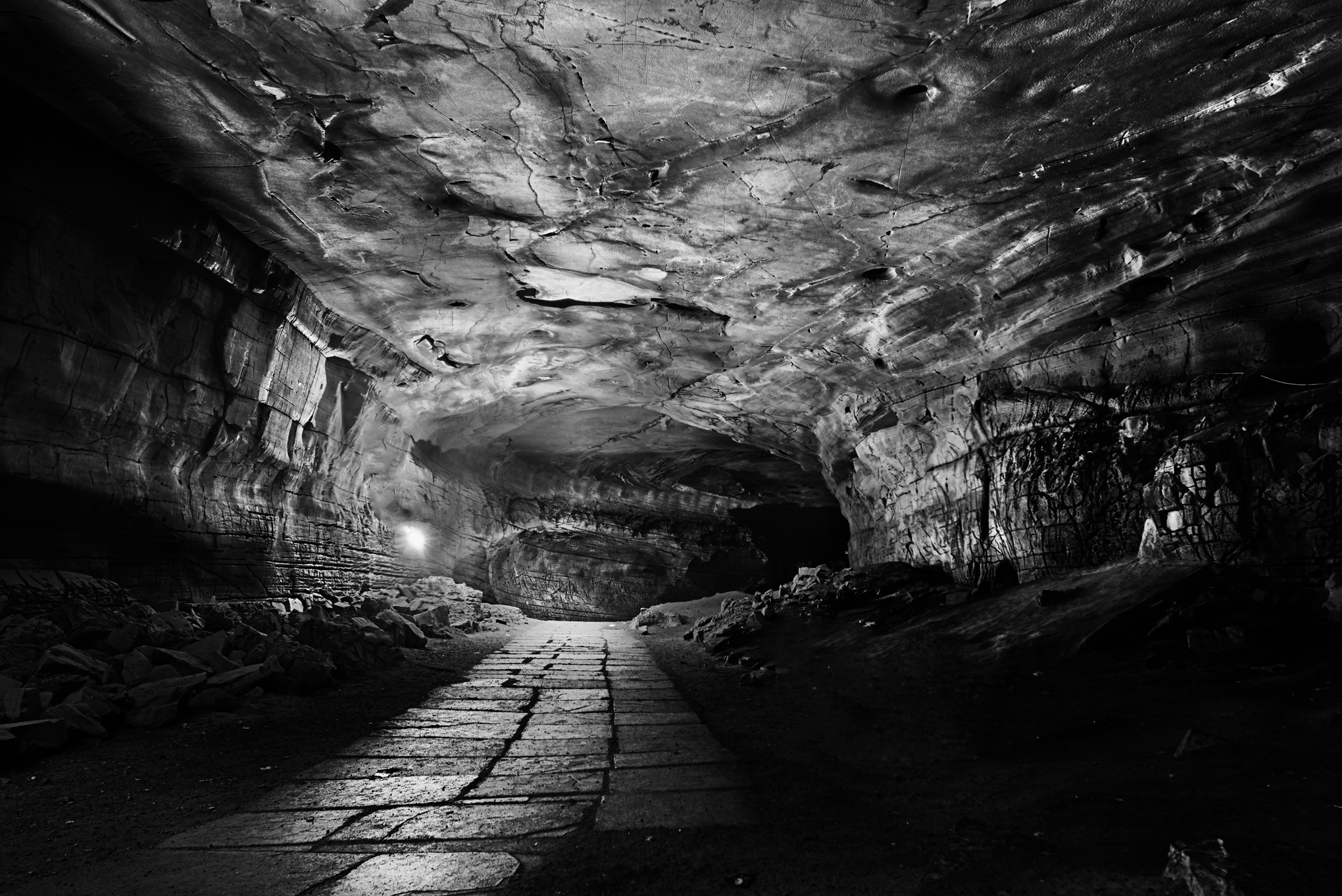 Caves are some of the most challenging places on earth to explore – and if exploration alone is so tricky, you can imagine how difficult it can be to photograph them. I recently made a trip to Belum Caves in the state of Andhra Pradesh in India. I struggled to capture them for the first two days. But as time went by, I started getting more satisfactory results and learned how rewarding they could be.

I am a firm believer that you don’t get a good photograph of a scene unless you enjoy it in the first place. So, this article will go into more than just how to photograph caves, but also how to enjoy them.

I reached the entry gates of the Belum cave system at 9 AM on a Saturday. I wanted to be the first person to enter to avoid the crowd.

My first day of the visit was a “recce,” or what most of us call a scouting trip. Belum is an elaborate labyrinth of caves that spans 3 kilometers, and I wanted to slowly understand the opportunities for photography instead of rushing in. It was only the second day  that I headed back with all my gear prepared.

In total, I spent four days at Belum Caves and explored every channel. Even then, I would have been happy with a few more days in hand.

Cave photography isn’t for everyone. It certainly isn’t a good environment for smartphone snapshots or Instagram selfies (and I saw plenty of people try and fail to get such photos in the harsh, metal halide light.) But if you have the patience and preparation to accept the challenges they throw at you, caves can be highly rewarding to admire and photograph. 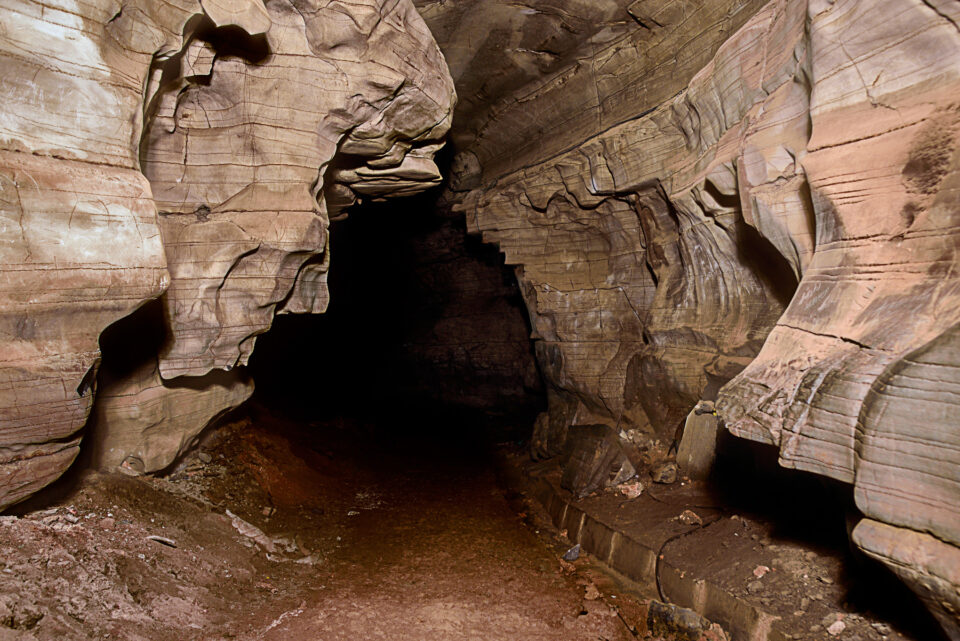 Below are some of the challenges of visiting caves, let alone photographing them:

Once you understand those challenges and prepare for them, you can focus your energy on getting good photos!

Some of the most rewarding features of a cave system are the mineral formations. These formations are prevalent in erosion caves – AKA, caves formed by flowing water.

What causes mineral formations to appear? Commonly it’s due to rainwater. Rainwater tends to be mildly acidic, and as it naturally flows from the outside world into the ceiling of the cave, it dissolves some of the calcium-based minerals on the surface of the cave.

The droplets of calcium-rich water trickle down slowly, and they leave a small trail of the sediment behind. It’s similar to what happens when hard, alkaline water trickles down a leaking tap.

Over the years (or millennia), these small trails of sediment form beautiful ceiling art that we call stalactites.

The older the cave, the more pronounced the formations tend to be. It also depends on the mineral content and amount of water that reaches the particular cave.

Stalagmites are another major formation found in most caves. They’re made of the same material as stalactites, but they differ because they form on the ground rather than the ceiling. Stalagmites form when water flows over a particular area of the cave, or when it drips down from stalactites.

Now that we have a basic understanding of caves, let’s go through what you need to know in order to photograph them.

A sturdy tripod is first item on the list for cave photography because we deal with extremely low light inside caves. Most of the time, you’ll be at multi-second shutter speeds and need all the help a tripod can offer.

My recommendation for a tripod is to use one with the highest max height and lowest minimum height. The perspective of objects in a cave can change dramatically as you change tripod height, especially in smaller caves. You may want to be at “eye level” with stalactites to avoid perspective distortion, or at ground level pointed upward to emphasize the sheer size of certain formations.

There’s also a chance that you’ll need to bracket images for an HDR or focus stack in order to get the photo you want. In either case, a tripod is necessary.

One bit of good news is that there is usually not much wind or movement in a cave system, so you don’t have to worry about external sources of vibration on your tripod (unless you put one of the legs in a flowing stream). As long as you use a remote shutter release and the electronic shutter, you can extend the tripod as much as you want – even the center column – and still get tack-sharp photos.

For the entire Belum caves trip, I used only the Nikkor 20mm f/1.8G prime. Without a doubt, a wide angle lens is the way to go in most cave systems. Anything wider than 28mm (full frame equivalent) is ideal.

If you’re using a tripod, the maximum aperture may not be critical, but a lens with f/1.8 or f/2.8 can still make it easier to focus and compose compared to a slow f/5.6 zoom. Wide apertures also let you get a shallow depth of field and highlight individual formations. So, I recommend an f/2.8 lens or wider if possible.

Contrary to what some photographers may think, you’ll usually be photographing a cave at base ISO so long as you’re using a tripod. And because of the difficult lighting conditions in a lot of cave systems, dynamic range is an important factor. So, a full-frame camera with good dynamic range is ideal, but a smaller sensor aps-c or micro four thirds camera isn’t a dealbreaker.

If you do plan to shoot handheld, though – since not all cave systems allow tripods – you’ll definitely want a camera with the best possible high ISO performance. And ideally combine it with an f/1.8 or f/1.4 lens.

Caves are some of the darkest environments on Earth, and many of them don’t have any lighting installed, so you’ll need to bring your own sources of illumination. Other, more famous caves may have lights installed already – but these can be more annoying than helpful.

If the authorities were sensible enough to use uniformly colored light sources, it would be a lot better. But often, you’ll end up with conflicting lighting as shown below:

In addition to creating disco-like effects, these high-intensity lights tend to produce blown-out highlights as well as shadows with almost completely lost details.

Even in caves like this, you’ll usually be able to find areas without terrible artificial lighting, which is why it’s important to bring light sources of your own. I recommend at least two or three external light sources with similar color temperature. I’ll cover this a bit more later in the article, but anything from headlamps to remote-triggered flashes could work.

Now that you’re prepared with the gear above, let’s go through the process of photographing caves.

Caves are generally comprised of hallways, narrow passages, pools/rivers of water, and mineral formations (stalactites and stalagmites). Instead of giving you a list of tips and tricks, I’ll instead explain how I recommend shooting each of those sorts of subjects.

Generally, though not always, the entrance to caves are wide crevasses that tapper as we go deeper. The photo below is one such example, so let me take you through the step-by-step process of how I captured it.

As we venture to the deeper parts of caves, they generally branch out and tighten. For example, take a look at the image below:

This is when the power of ultra-wide lenses is especially clear. A longer lens would simply eliminate too much context in a lot of cases. Here, a 20mm prime did the trick for me.

I lit the image above by light painting during a 30 second exposure. Light painting is when you use a low-intensity light to illuminate portions of the scene during a long exposure. It’s common in landscape photography at night, but the dark environment of caves is equally suited to light painting.

Here, I primarily painted the formations that were close to the camera. I did this in order to create a “fade” effect and sense of distance progressing into the background. And I made sure to point the light from a slight angle in order to create interesting shadows.

You need to move the source of light at a pretty constant speed as you shine it on your subject, or you’ll end up casting harsh highlights on some areas more than others. Light painting usually takes a few tries to get right, but it’s very rewarding when you do.

Here’s one more example of photographing a narrow cave passage:

This time, I deliberately left parts of the photo darker by lighting up only the most interesting formations. The result has a bit of a “natural vignette” and guides the viewer’s eye through the photo how I want. Here, I lit the image by placing a cellphone in the middle ground and a flashlight out of frame in the background. And, as before, I converted the image to black and white in order to emphasize the amazing shapes and forms of the cave.

As I mentioned earlier in the article, stalactites and stalagmites are some of the most interesting attractions in a cave. But they’re not always easy to photograph. Take a look at the picture below, which I don’t think works very well:

This is the view I got with a 20mm lens mounted as high as possible on the tripod and filling the frame with a stalactite. It could make a good documentary picture, but it lacks a story and isn’t a very interesting artistic photo.

That goes to show something important about cave photography: You still need to tell a story, just like in outdoor landscape photography. Rather than capturing a “documentary” angle of a single subject, how about showing it in context to the rest of the scene? Compare the image above to the one below:

To me, this one tells a better story. Here’s how I captured it:

In this article, I’ve tried to give you all the information you need in order to appreciate and photograph caves while staying safe.

Maybe you’ve wondered why so many photos in this article are black and white. There are several reasons, but one of them is that the usual pale colors in a cave (and the unusual artificial light) are often distractions that don’t add much to the meaning of a photo. At least for me, the amazing contrasts and shapes in a cave translate better to black and white. I also love black and white in the first place, so it’s a good excuse for me to use it.

If you have any questions about this article or want to add any more pointers, please feel free to do so in the comments section below. Happy caving, and happy clicking!