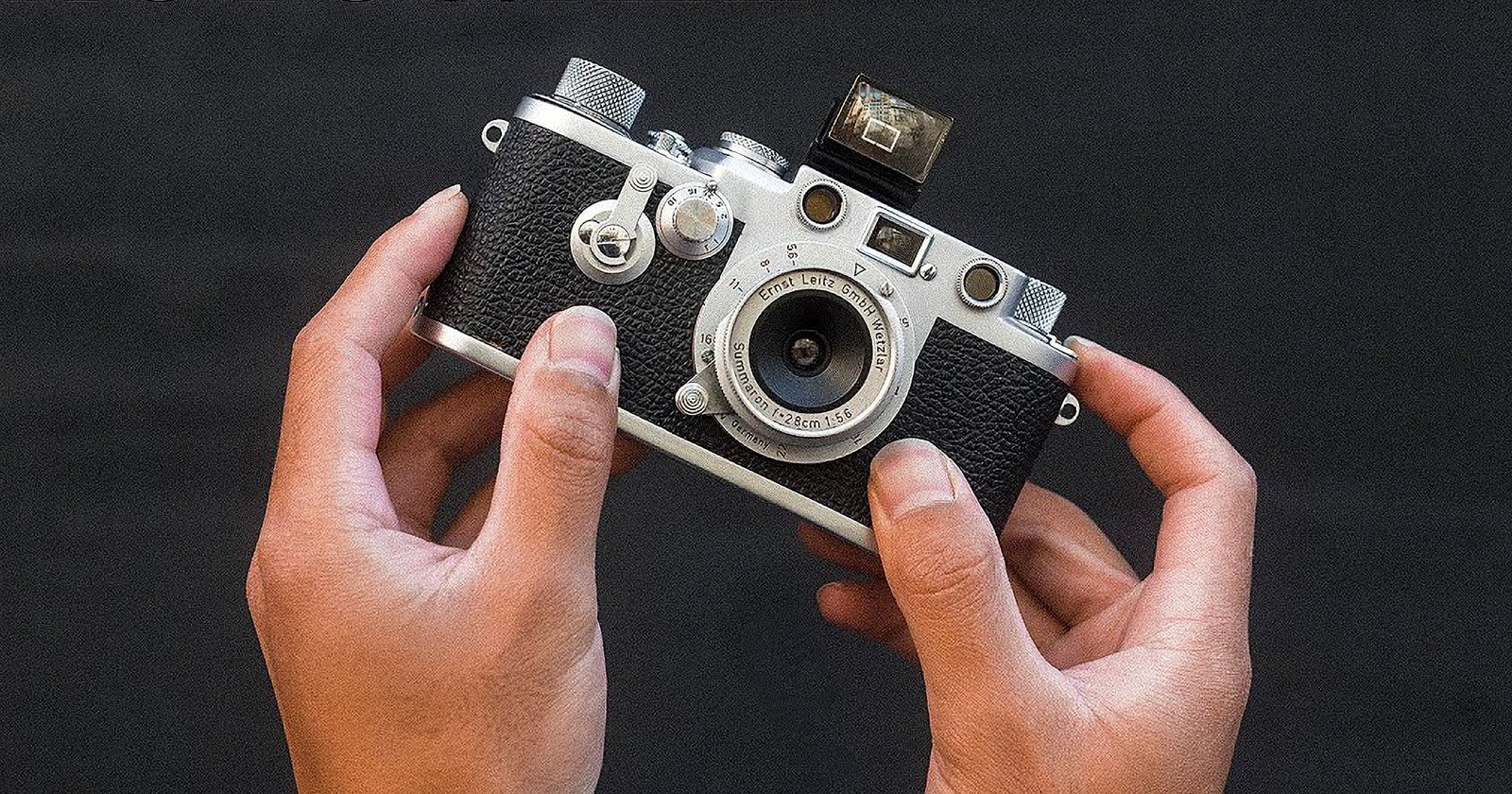 The Leica IIIf is one of the last screw mount Leica cameras produced in the late 50’s alongside the Leica IIIg. The IIIf holds a special place amongst Leica screw mount users because it was, for its time, the most advanced screw mount camera that Leica produced that kept the values and ideas Oskar Barnack set out to create with his prototype “Ur-Leica” in 1914.

Oskar Barnack’s goal in inventing the Leica, was because of his preference for compact cameras that produced sharp negatives. The decision was made to use a Leica 2.8cm f5.6 summaron wide angle lens for the video. The lens paired with the IIIf makes for a very compact and lightweight camera. For precise framing and composition, a 2.8cm optical viewfinder was mounted to the cold shoe because the camera was designed to use 50mm lenses. To stay true to the era the camera was introduced, Kodak’s Ektachrome E100, first introduced in the 1940’s, was the film of choice for the photowalk.

Because we are using slide film, it is important to meter for the highlights so we don’t risk losing detail. For those interested, the video below explains how to load film into a Leica screw-mount camera.

One of the first things you’ll notice about Leica screw mount cameras are the shutter speed intervals and two windows for the viewfinder. The shutter speed intervals on the Leica IIIf are slightly different from today’s modern speeds due to the film that was available at the time. It is easy to translate meter readings from a new meter to the camera by using the closest interval. The viewfinder has two windows, one is the view window and the other is the rangefinder patch. One of the most important steps when preparing to use a Leica screw mount camera is to pre-trim the film leader roughly 4 inches so the film can properly pass through the film gate. 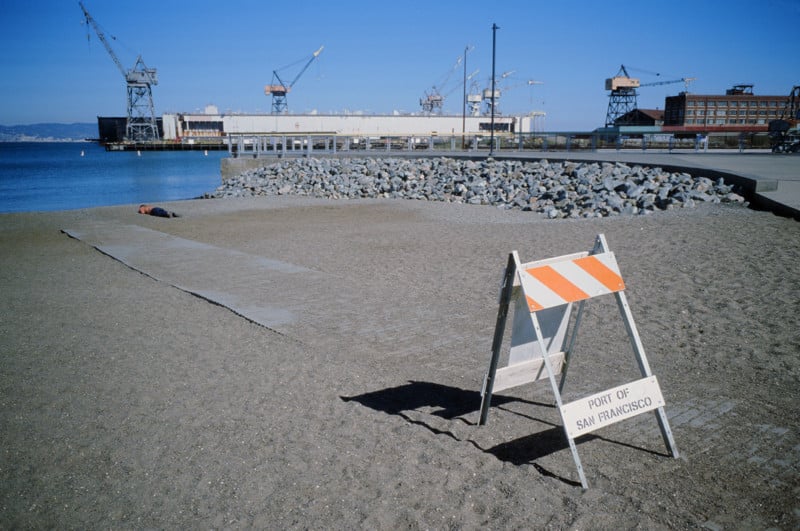 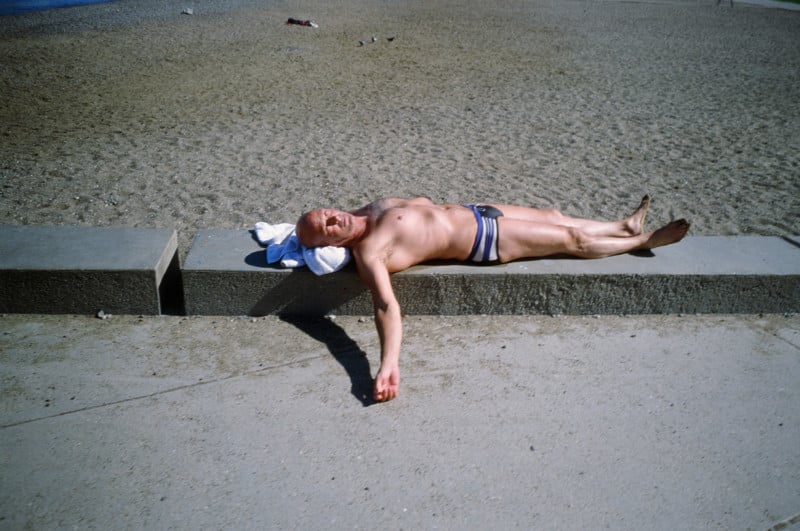 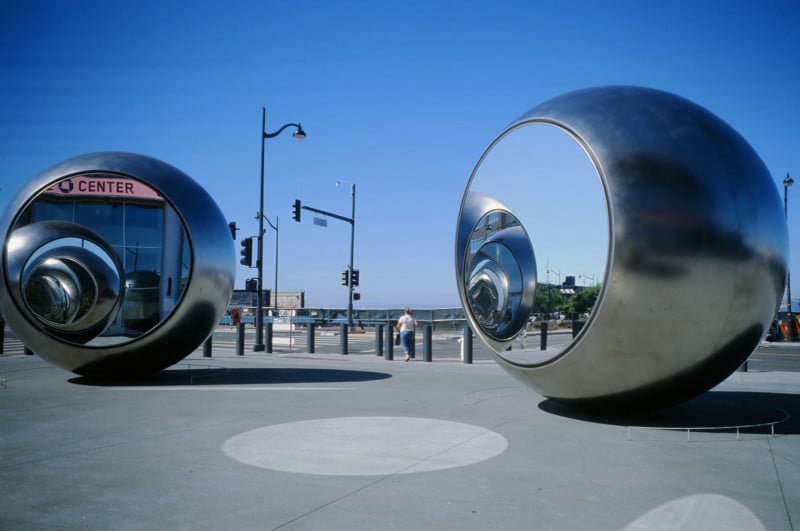 The Leica IIIf is an affordable lightweight and compact film camera that has the potential to produce exceptional results. Much like the Leica M rangefinder systems, there is a slight learning curve when using the camera but with enough time every action becomes second nature. My only gripe with his camera is using the older version of the 28mm finder. It did not let me compose as accurately as I would have liked but it was close enough to get the job done. Lastly, the 2.8cm Summaron paired with Kodak’s Ektachrome E100 made for a great combination. Even though there is vignetting present in many of the photos due to the optical characteristics of the lens, it produced sharp detailed images. The color rendition of the Summaron paired with Ektachrome E100 brought out a sense of nostalgia that is possible with older optics. 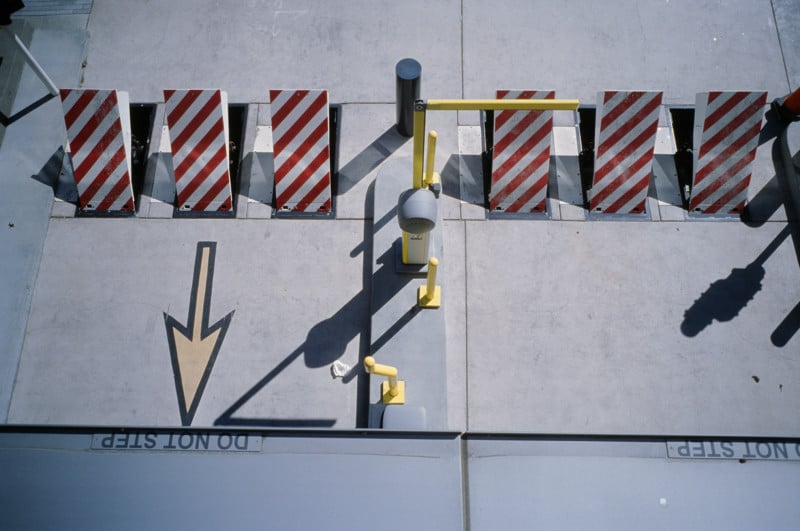 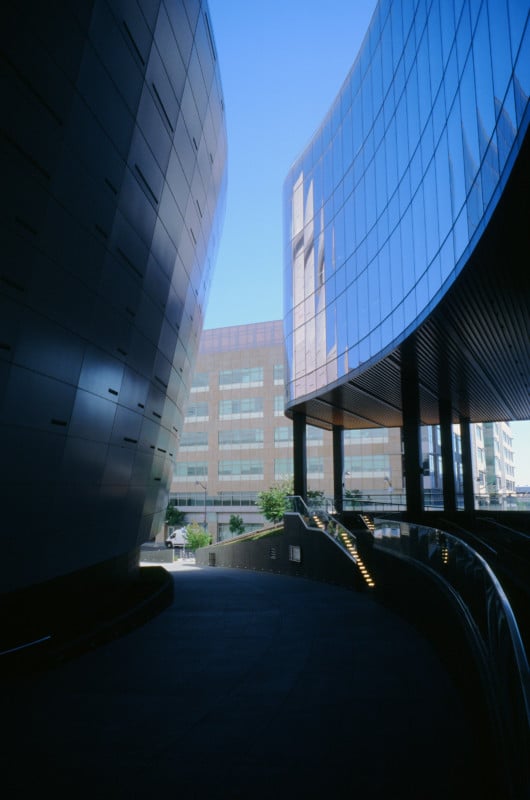 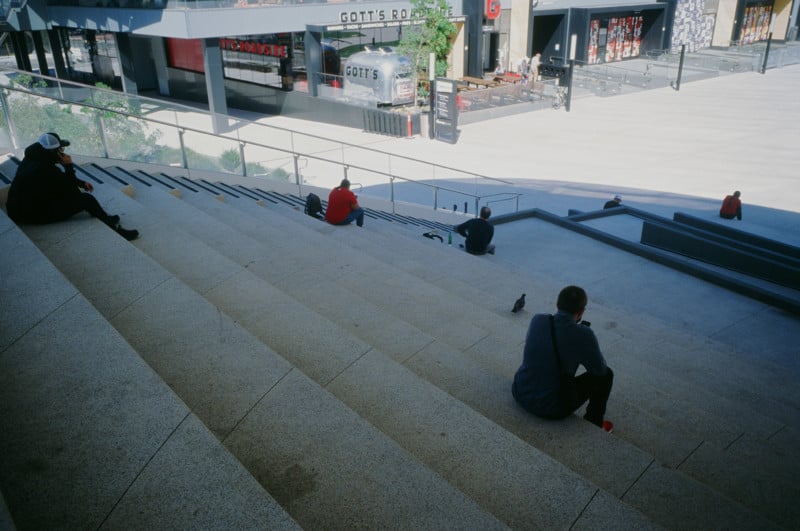 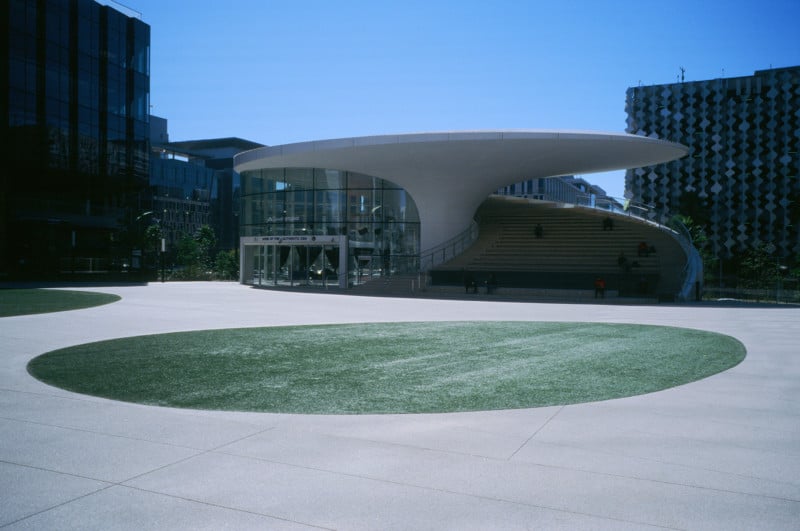 The film was developed and scanned by Underdog Film Lab in Oakland, CA. Color corrections and slight contrast adjustments were made to match the slides. The Ektachrome was used at box speed and mostly stuck around f5.6-11 at around 1/100-1/200 (older shutter speeds on the IIIf) and metered with a Voigtlander VC meter II.

About the author: Carlo Velasquez is a San Francisco-based photographer who is drawn to documenting social interactions of city life on film. Carlo is a member of the San Francisco City Photography Club and you can find more of his work on his website or on Instagram.